A GRUESOME mass grave containing more than 120 ISIS victims has been uncovered in Iraq two years after the terror group was crushed.

Iraqi authorities said the bodies of 123 people tortured and killed by terrorists at a prison near the city of Mosul have been removed from the horror grave in the village of Badush in a bid to identify them. 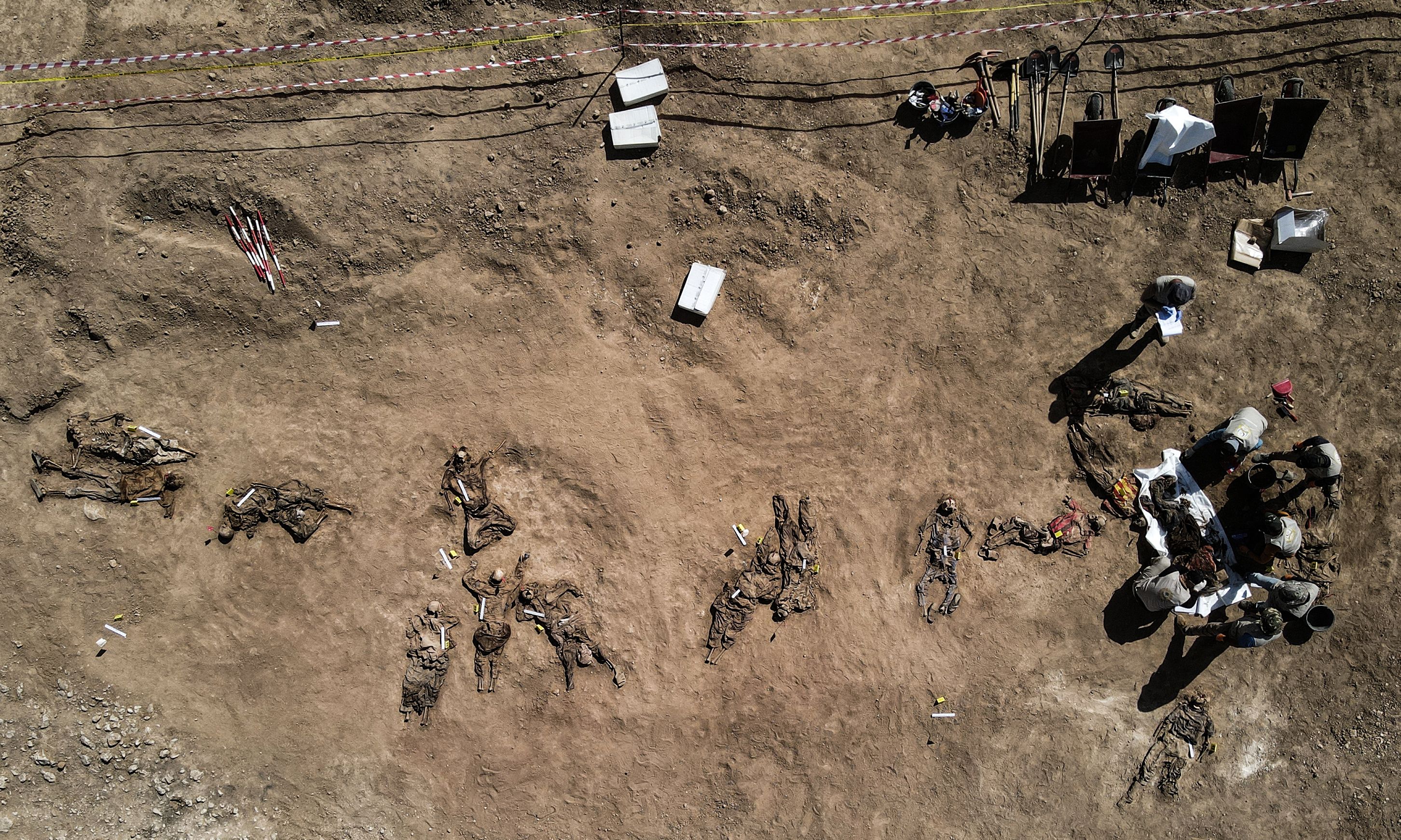 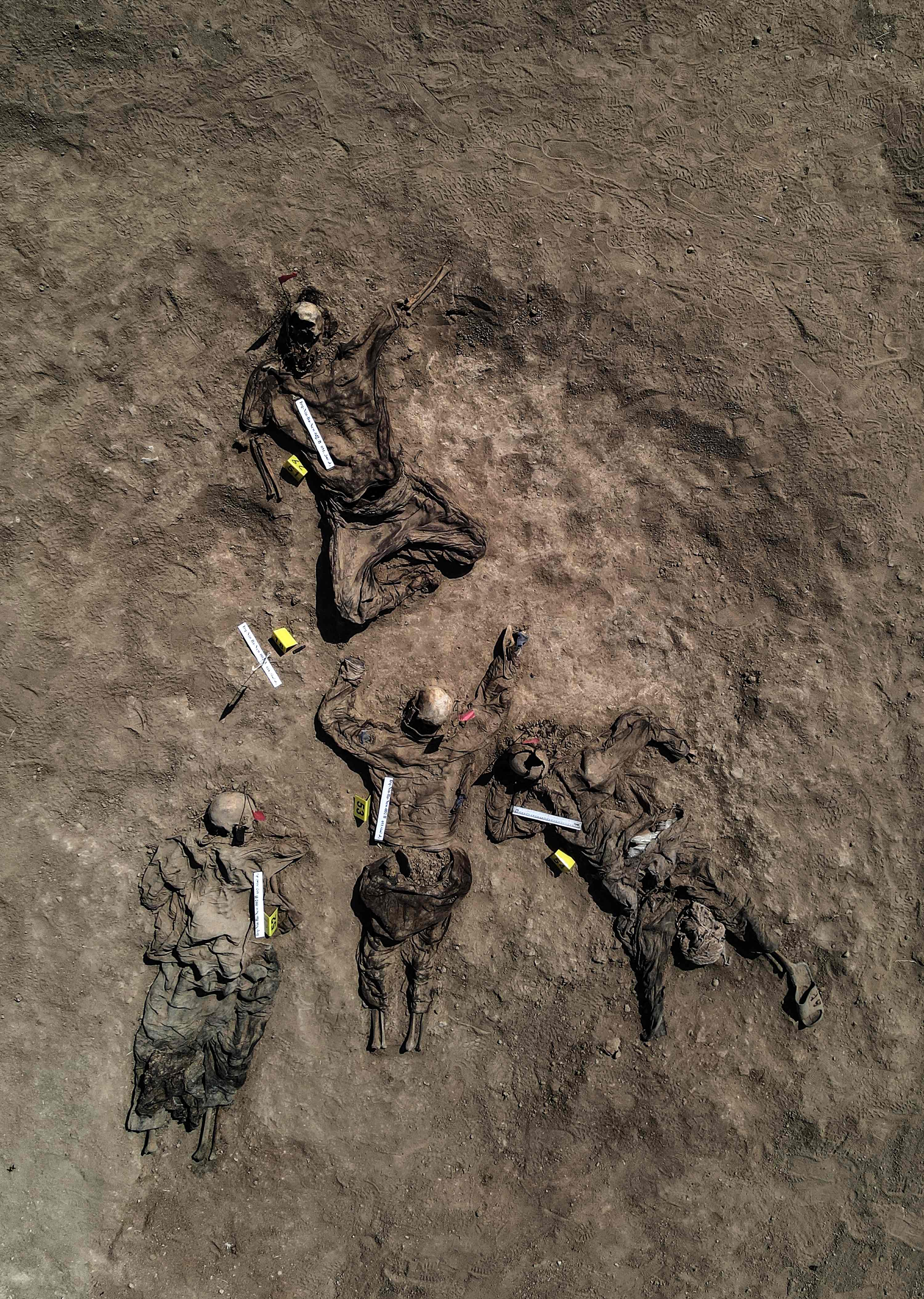 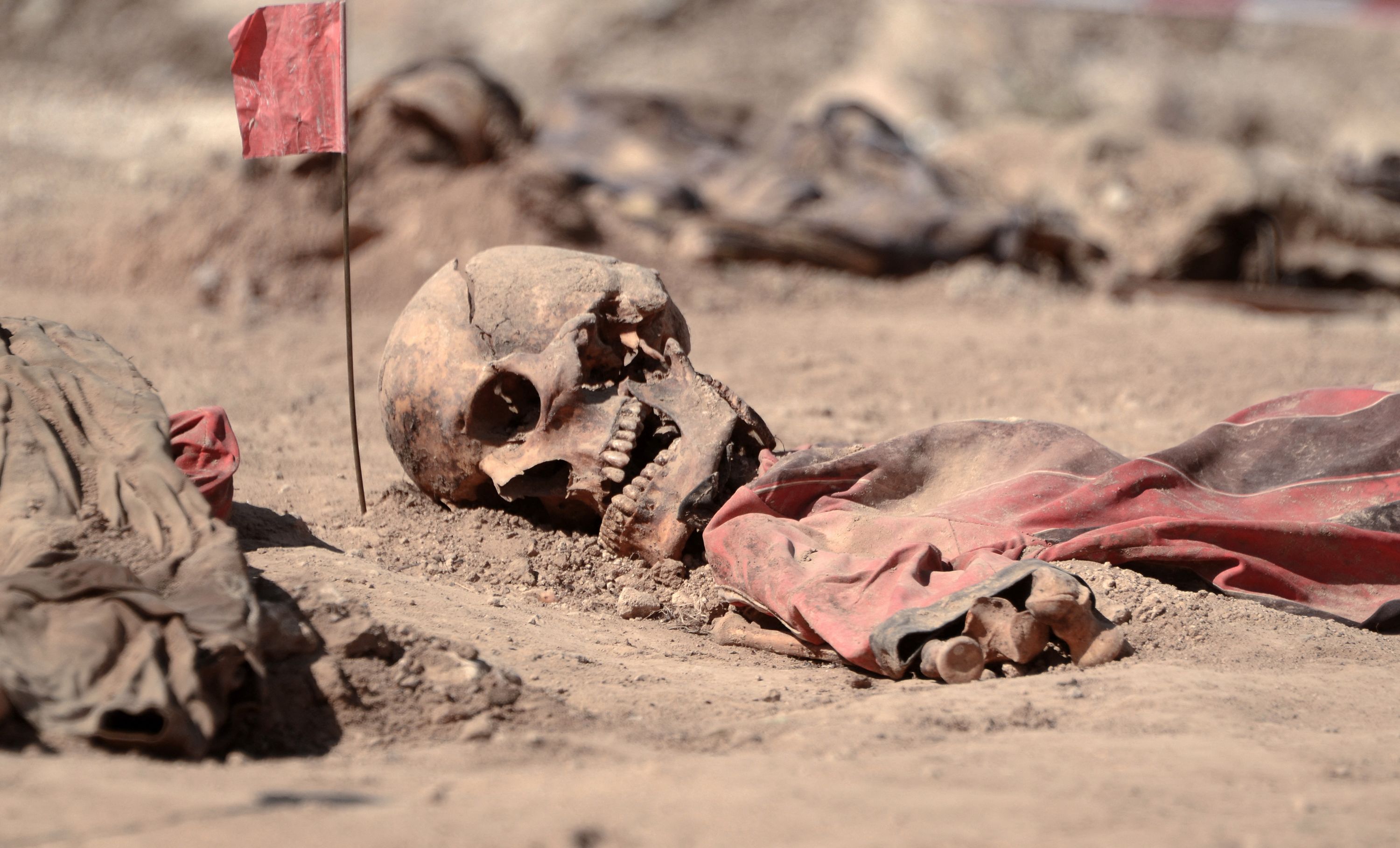 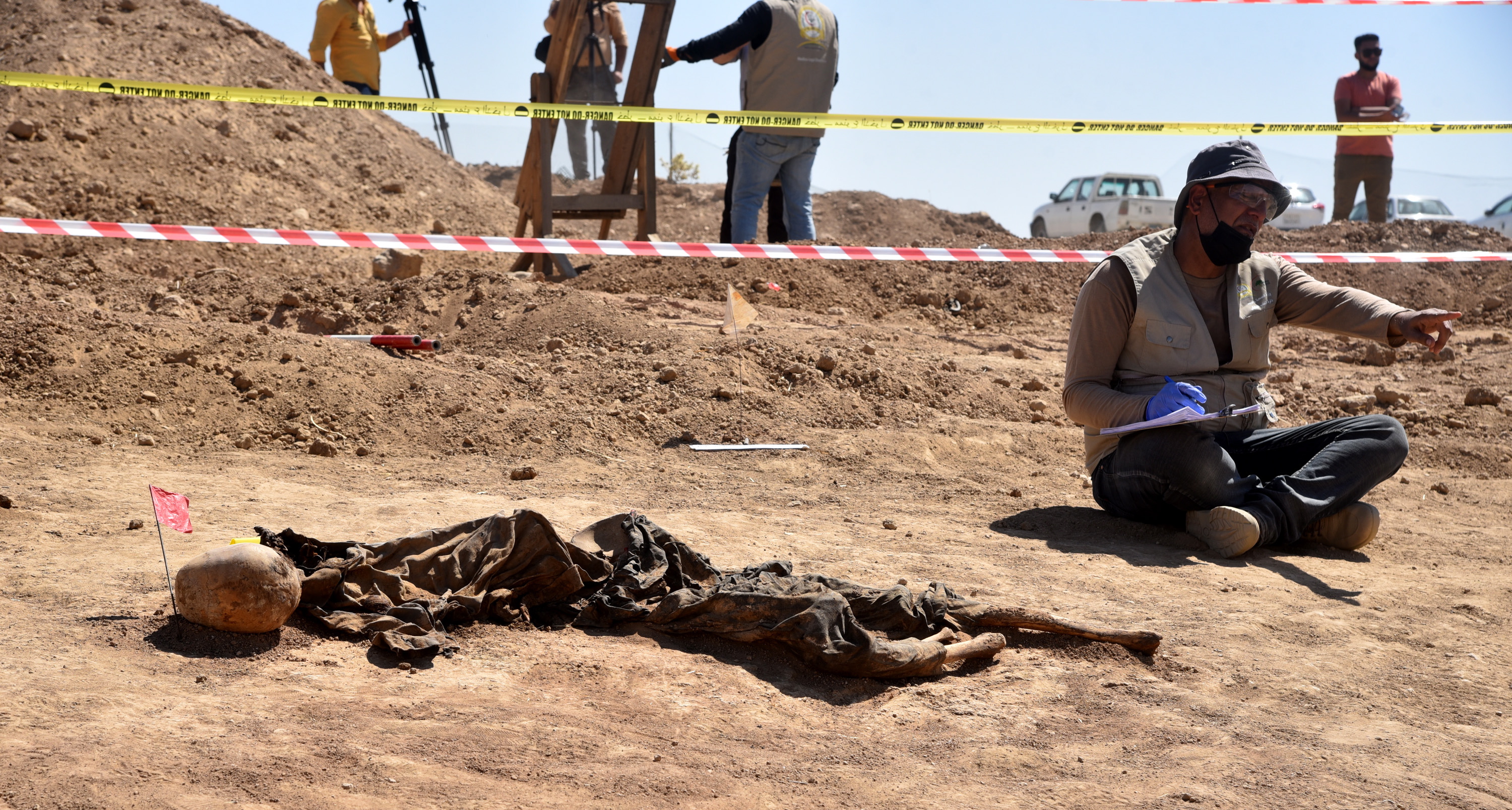 The Badush prison massacre was one of the worst crimes carried out by ISIS after it seized control of a third of Iraq in a lightning offensive in 2014.

Inmates were executed by ISIS brutes after they controlled the prison during their occupation of Mosul.

The jihadists freed Sunni Muslims inmates and forced 583 mainly Shiite prisoners into trucks, before driving them to a ravine and shooting them.

The mass grave, discovered after Iraqi forces took control of the area in March 2017, is one of more than 200 left behind by ISIS in its rampage of brutality, according to the United Nations.

"The heat is overwhelming. Some remains are entangled, and there are snakes and scorpions everywhere," he told AFP.

The remains of up to 12,000 people are believed to be buried in the graves, the UN says – which has accused the terror group of committing genocide in Iraq. 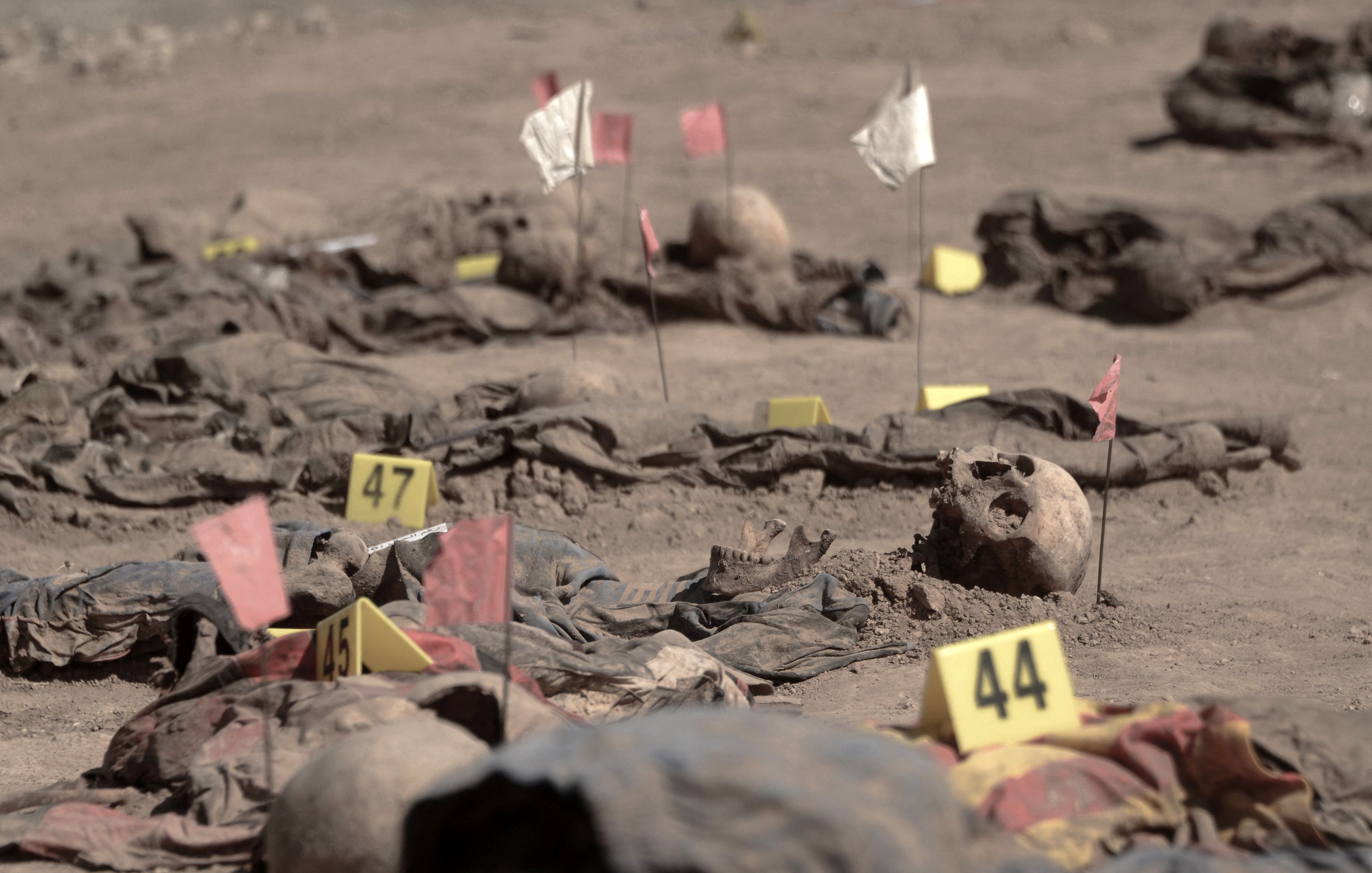 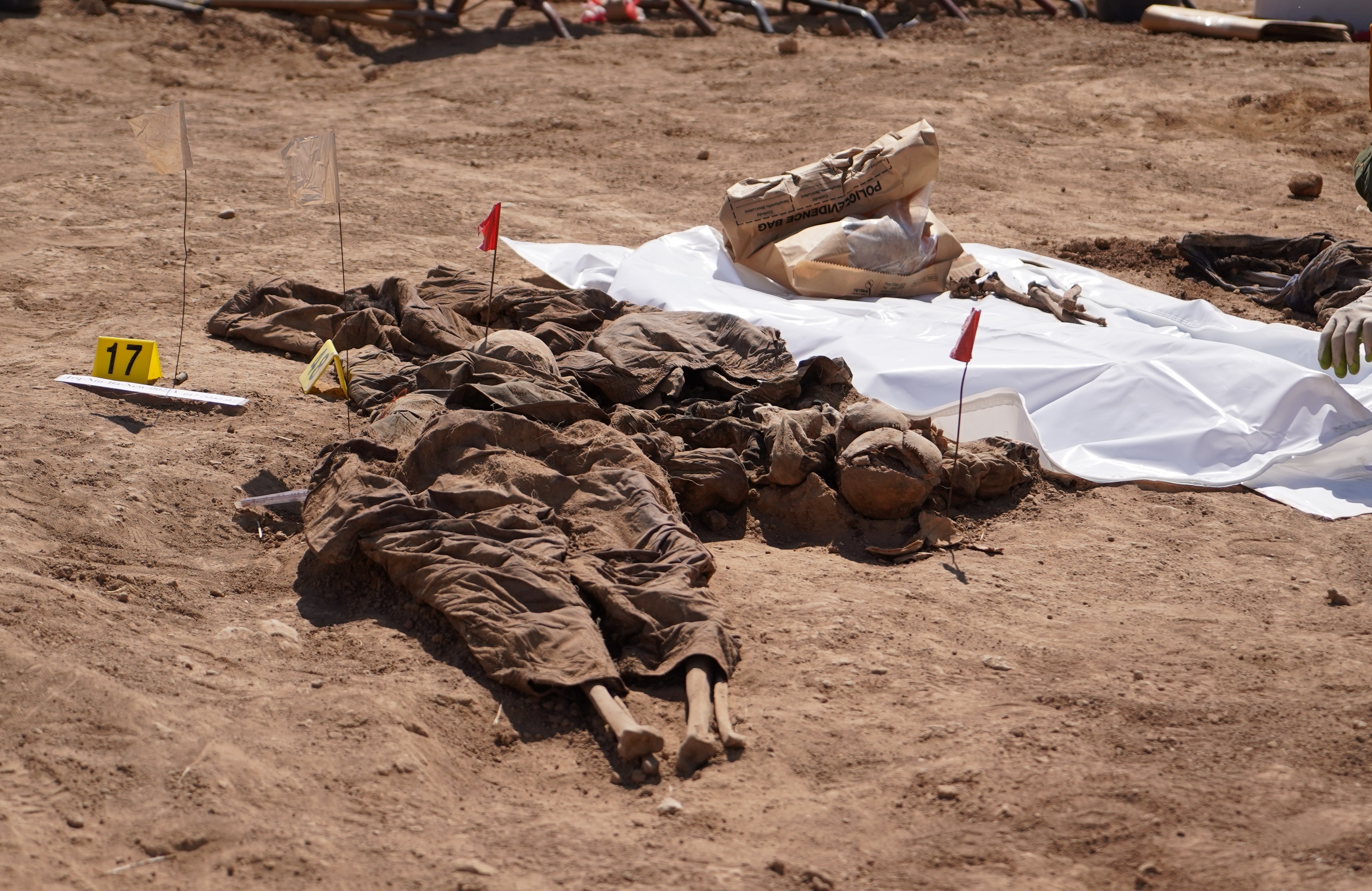 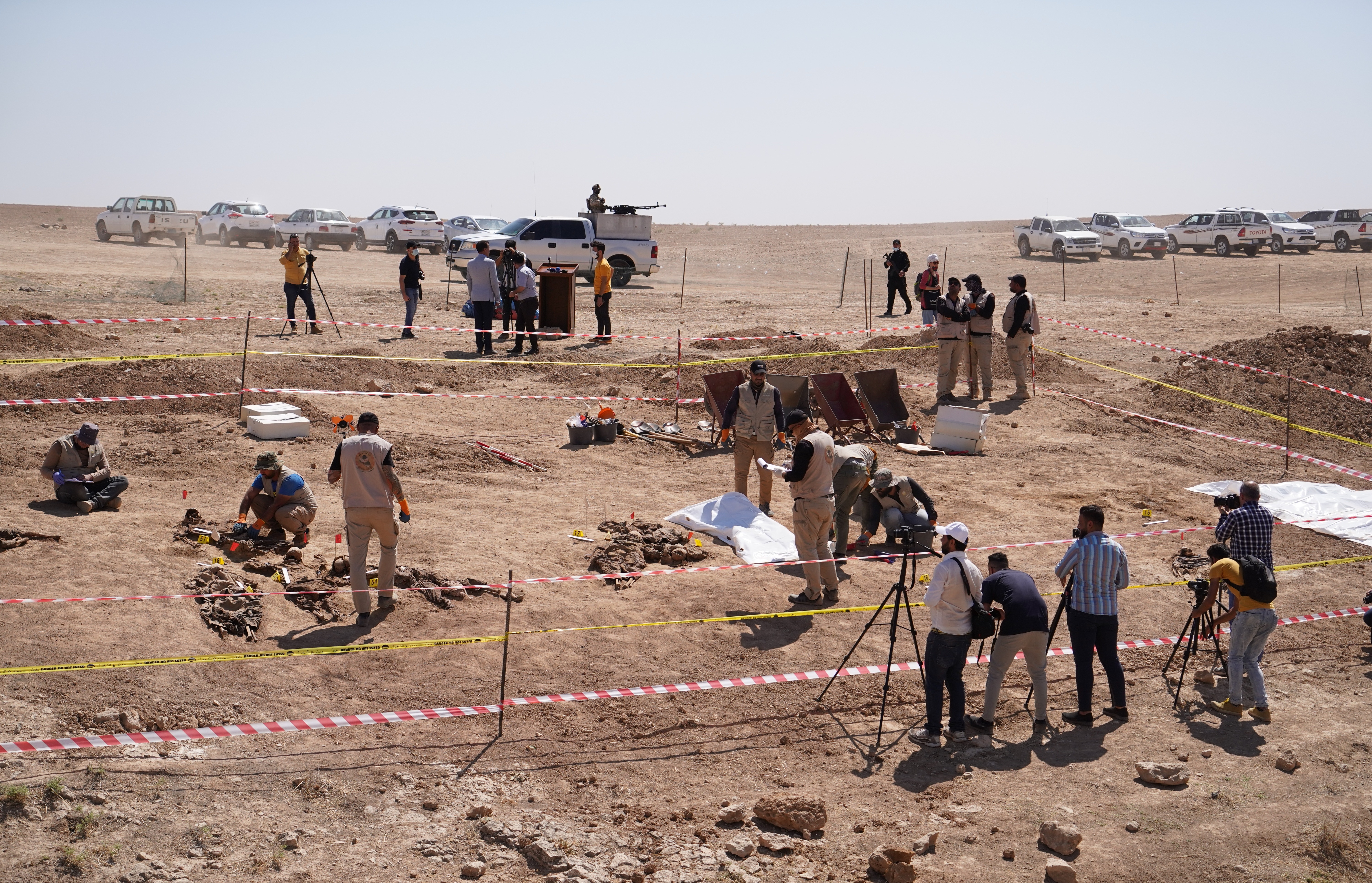 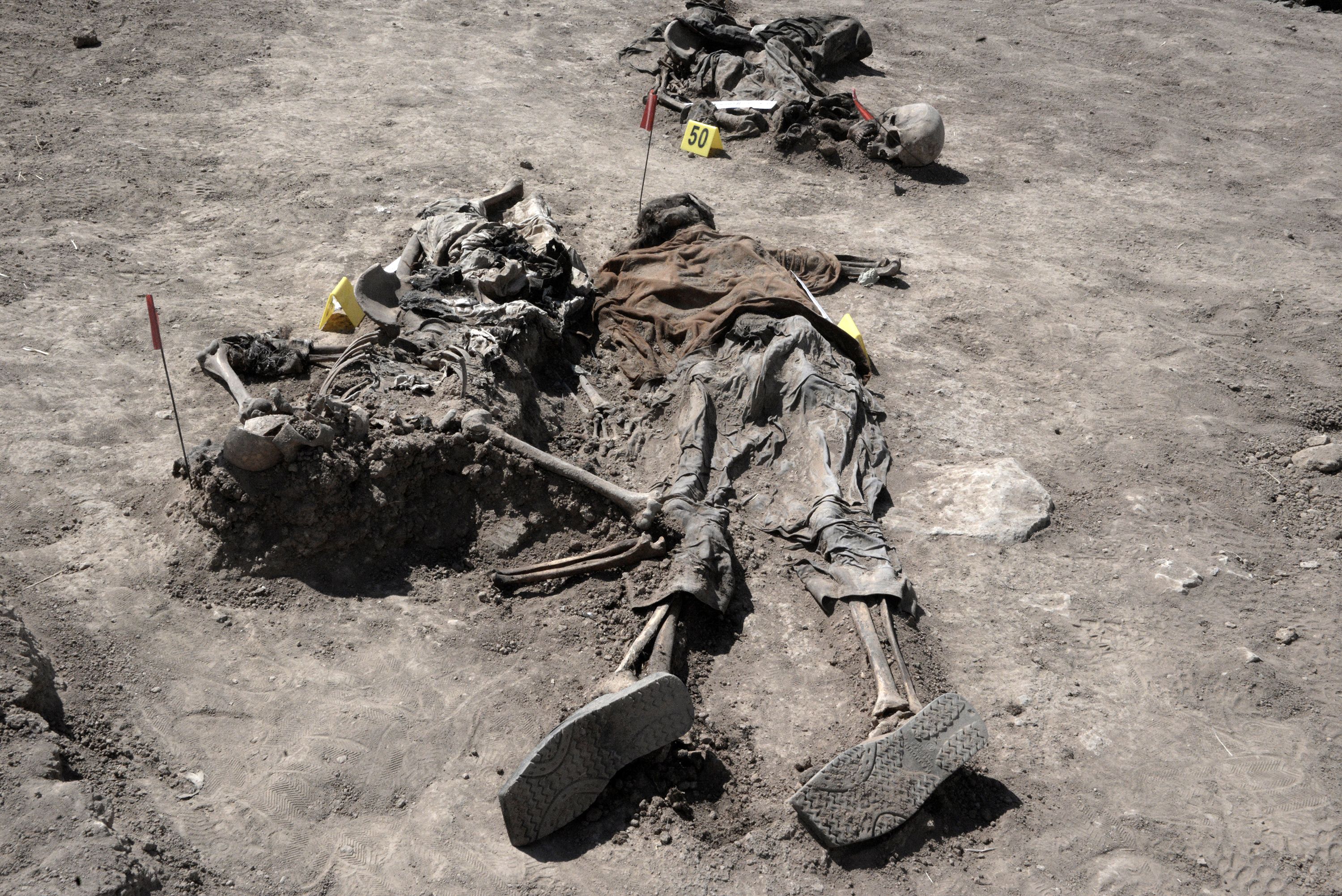 In recent weeks, dozens of family members of the victims have given blood samples, which will be compared to the DNA of the remains.

"Thousands of families are waiting to know what happened to their relatives," Najm al-Jubburi, governor of the Nineveh province where the prison is located, told AFP.

One of those waiting for closure is Abbas Mohammed, whose son was jailed at Badush following his arrest by US forces in 2005.

"After 17 years of not knowing whether my son is alive or dead, I need an answer," he said.

Iraq has been struggling to identify remains of people from several violent episodes in its recent history, and authorities are still discovering mass graves from the regime of executed dictator Saddam Hussein.

In 2017, Iraqi soldiers unearthed another mass grave near the prison containing the bodies of 500 people executed by ISIS.

Another was found in the Hamam al-Alil area, south of Mosul, in 2016 which appeared to hold the remains of at least 25 bodies.

And the terror group's abuses at the jail did not end with executions. 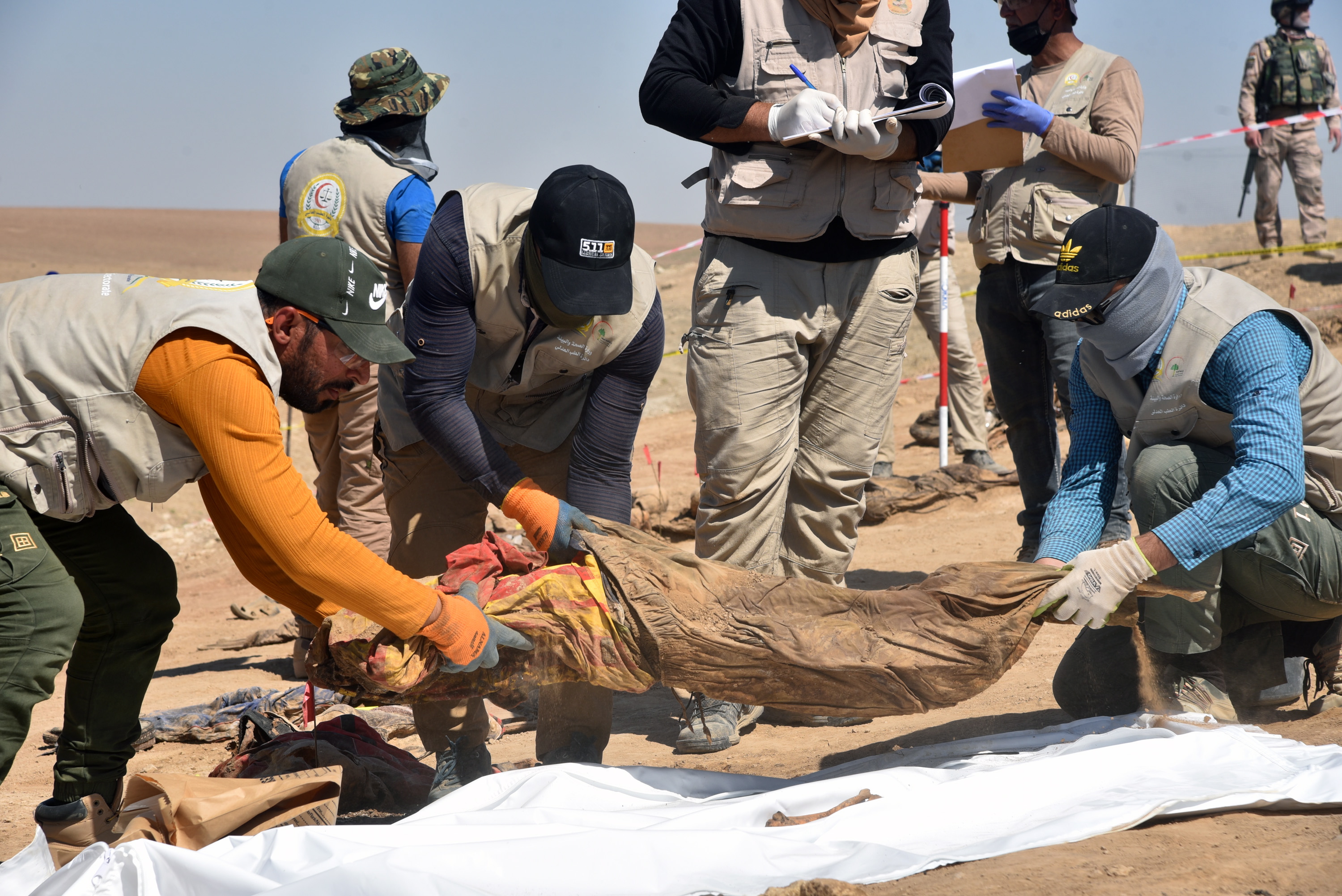 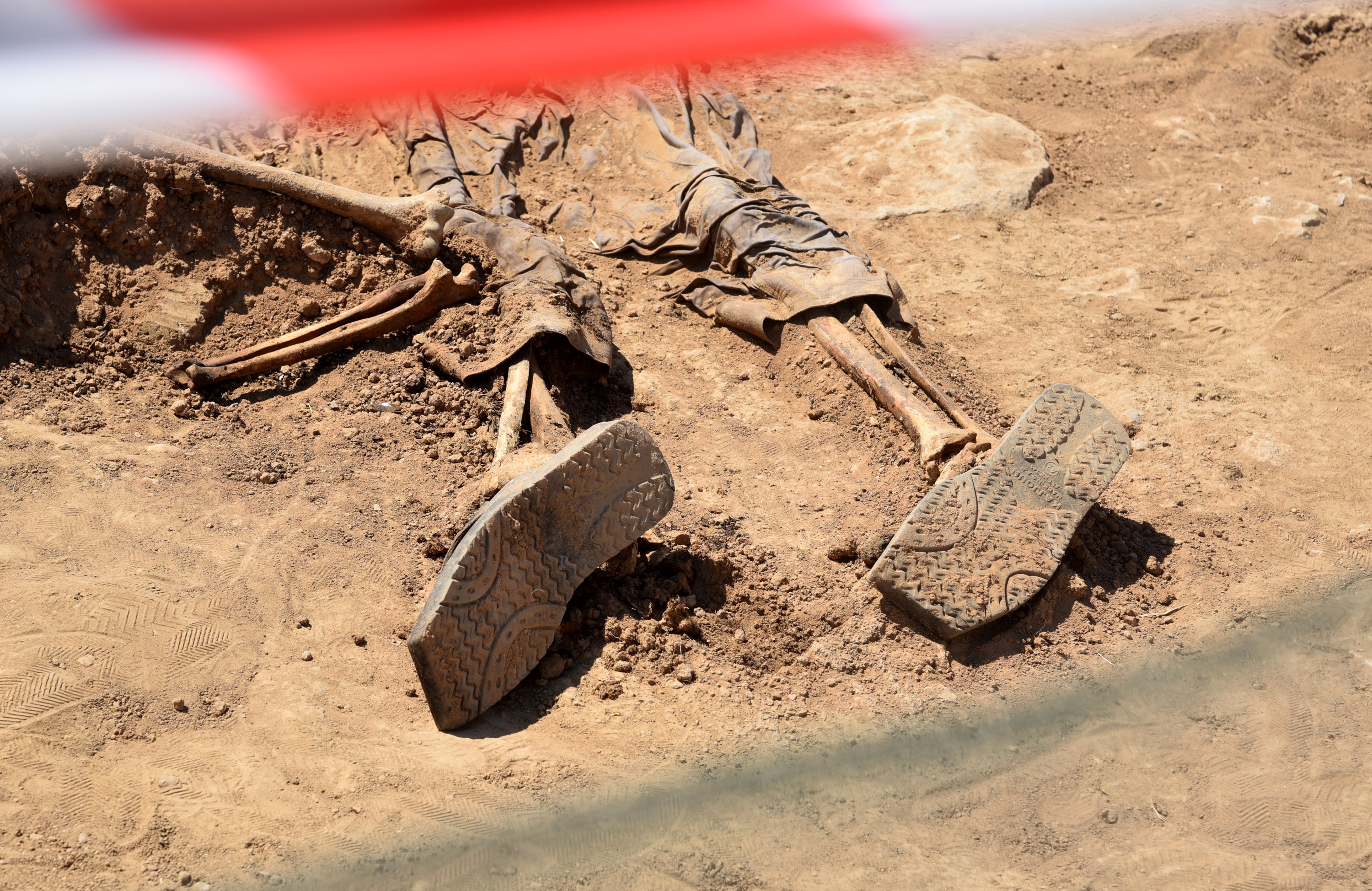 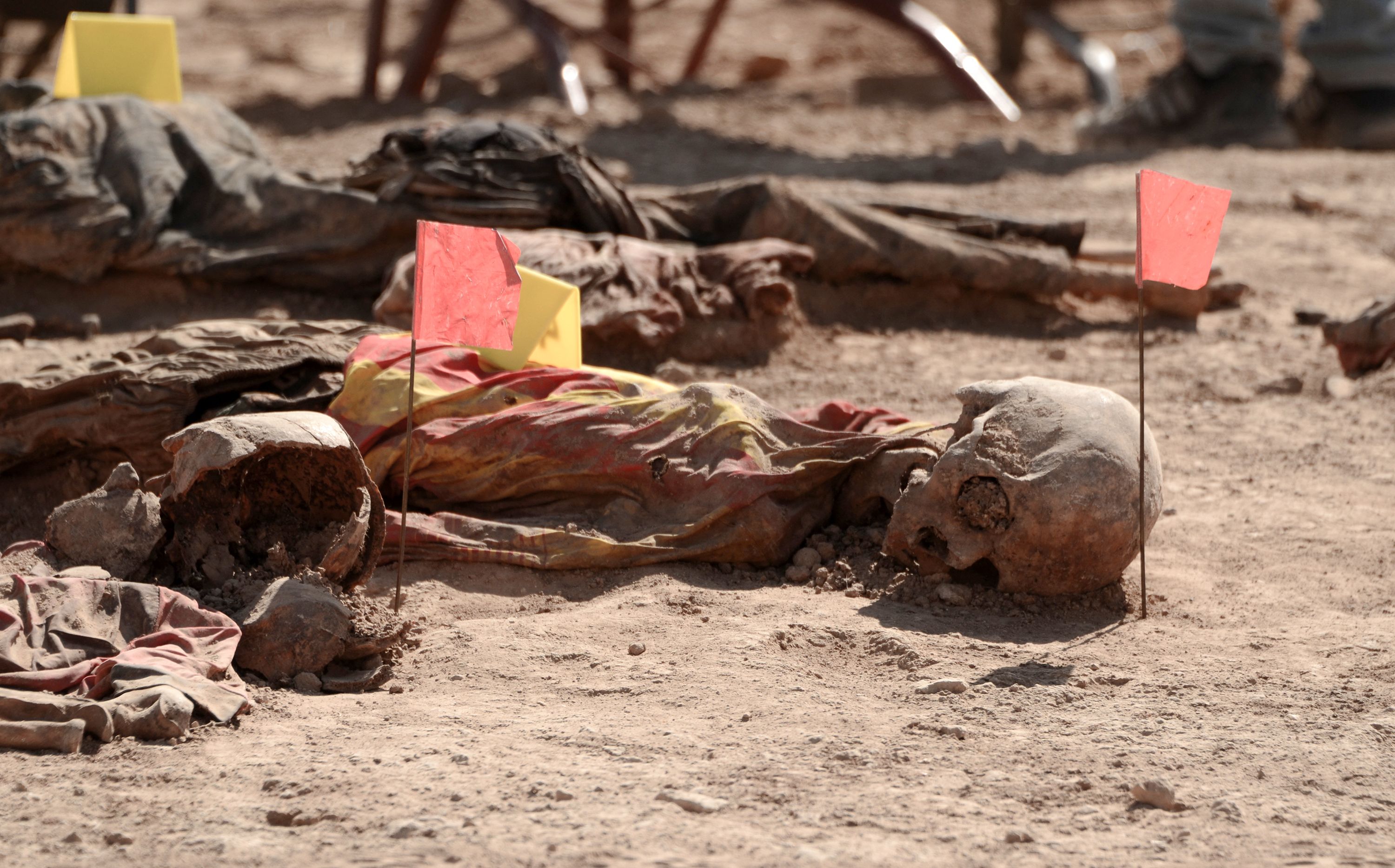