Gunmen kill one in attack on hotel in Pakistan's Gwadar 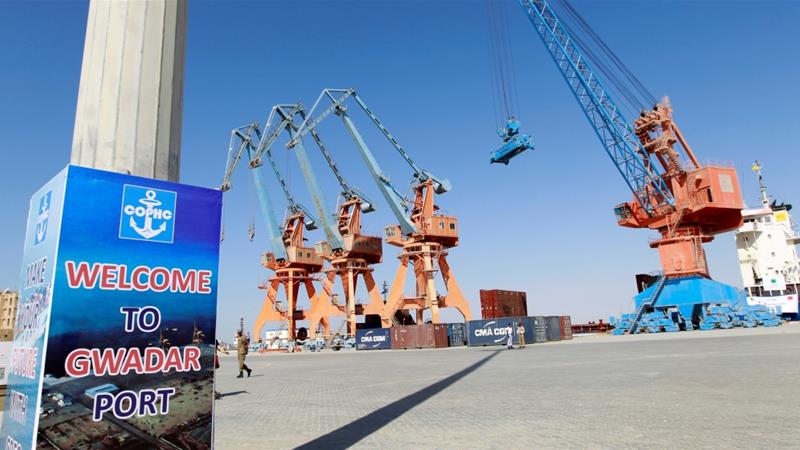 Islamabad, Pakistan – Gunmen storming a five-star hotel in the southern Pakistani port city of Gwadar have killed at least one person, with a security operation to clear the area ongoing, authorities have said.

At least three gunmen attempted to enter the Pearl Continental hotel in Gwadar on Saturday afternoon, killing a security guard as they stormed the building, a statement released by Pakistan’s military said.

The attackers were surrounded by security forces in a staircase leading to the top floor of the building, the statement said.

There were conflicting reports about additional casualties from the attack.

Zia Langove, the provincial home minister, said that initial reports indicated that some people at the hotel had been wounded in firing on the premises.

The military, however, said that all guests at the hotel, which has 114 rooms, were safely evacuated.

Even as the security operation to clear the area was under way, the Baloch Liberation Army (BLA), an ethnic Baloch separatist group fighting for independence for Balochistan province, claimed responsibility for the attack.

“Our fighters have carried out this attack on Chinese and other foreign investors who were staying in PC hotel,” said Jihand Baloch, a BLA spokesperson, in a statement emailed to Al Jazeera.

Gwadar is the site of a major port built as the culmination of the China Pakistan Economic Corridor (CPEC), a trade corridor that links southwestern China to the Arabian Sea through Pakistan.

The $60bn CPEC project has seen massive investment in infrastructure across Pakistan, including major roads and the Gwadar port in Balochistan province.

Recent days have seen an uptick in violence in the province, with ethnic Baloch separatist groups ramping up attacks against security forces and civilians.

On Thursday, at least five people were killed when BLA gunmen attacked a coal mine in the Harnai district of Balochistan.

The BLA and other armed groups have been fighting Pakistani security forces for more than a decade, demanding independence for the ethnic Baloch areas of Balochistan province, which they claim has been neglected by the Pakistani state and exploited for its mineral resources.

Balochistan, located in southwestern Pakistan, is the country’s largest but least populated province, with rich deposits of natural gas, coal, metals and minerals.

Rights groups allege that Pakistani security forces have abducted hundreds of pro-freedom Baloch political activists and fighters in their fight to quell the rebellion.