At least 6 people tied up during terrifying NYC home invasion, suspects on the loose

This guy runs from Dunkin’.

A would-be robber in a pink sweatshirt pulled a knife on a worker at a Brooklyn Dunkin’ Donuts on Saturday and demanded dough — prompting the tough-as-nails staffer to turn the tables on the criminal by whipping out a weapon himself and sending him fleeing, police said.

The employee, who asked not to be identified, was behind the counter at the Sheepshead Bay donut shop around 10:30 a.m. when the suspect walked in and asked for free coffee, cops and the staffer told The Post.

The worker refused, and the criminal whipped out a knife, the employee and police said.

“Give me everything in the cash register,” the attacker snarled at the worker.

The employee told The Post, “I turned, went to the kitchen and got a bigger knife.”

Meanwhile, the employee’s younger sister, 21, who was working at the shop at the time, too, dialed 911.

The crook went running for the door and into a gray Nissan Pathfinder, which sped off onto the westbound Belt Parkway, cops said. 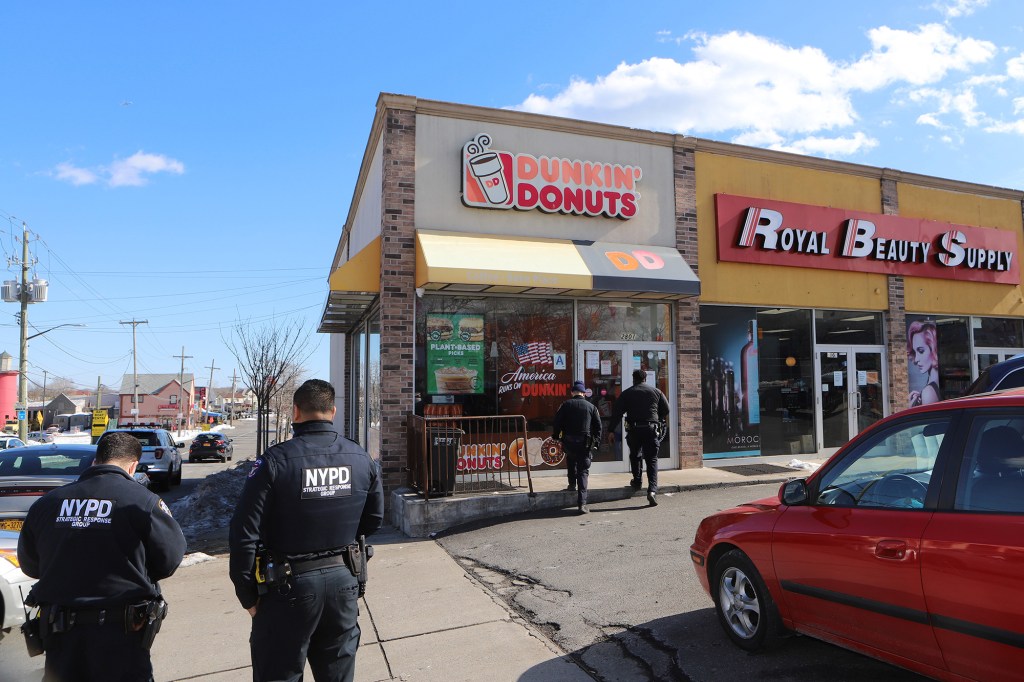 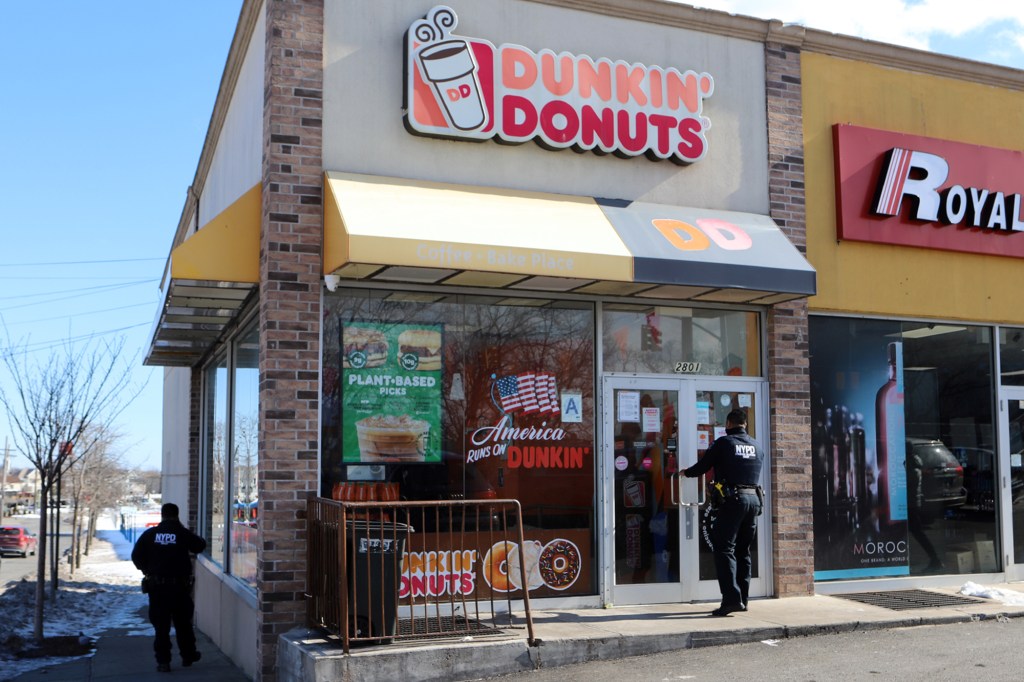