Haiti hit by another huge earthquake as country reels from disaster that killed almost 2,000 just days ago

AN earthquake hit around 65 miles from Haiti on Wednesday only days after a devastating quake resulted in the deaths of almost 2,000 people.

The aftershock was reported by the European-Mediterranean Seismological Centre (EMSC) just before mid-day on Wednesday morning. 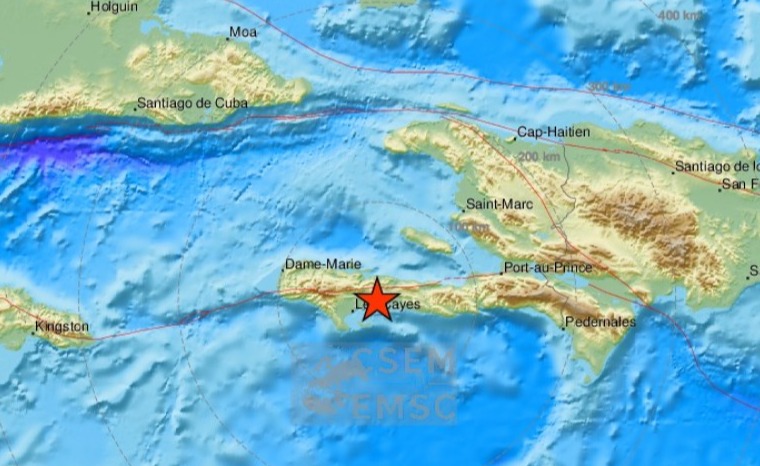 The 4.8-magnitude quake was described as moderate as aftershocks from last week's disaster begin to lessen.

The aftershocks's strength have begun to fluctuate, however, leaving experts concerned that the death toll could increase.

“I’m very concerned that people are going to be driven into structures because of the storm,” Nicholas van der Elst, a seismologist with the USGS who forecasts aftershocks, told Popular Science.

“So there’s going to be more vulnerability as people reoccupy damaged structures during aftershocks.”

He also warned that smaller aftershocks could continue for as long as a year.

As the death toll rose to close to 2,000 on Wednesday with more than 9,000 people injured, officials wanted that the final number of fatalities could be much higher as search and rescue operations continue.

Haiti’s Directorate General of Civil Protection (DGPC) said in an update on Wednesday that 137,000 families have been affected in Sud, Grand Anse, and Nippes.

About 500,000 people – some 40 percent of the total population in these provinces – are in need of emergency humanitarian assistance.

More extreme weather cause concern that the rescue efforts would be affected as a tropical depression barrelled across the country.