NEARLY half of Brits admit they worry about trying to cater to everyone’s dietary needs when hosting a barbecue.

A poll of 2,000 adults found one in five feel stressed when putting on a barbie if they learn they have a vegetarian or a vegan coming. 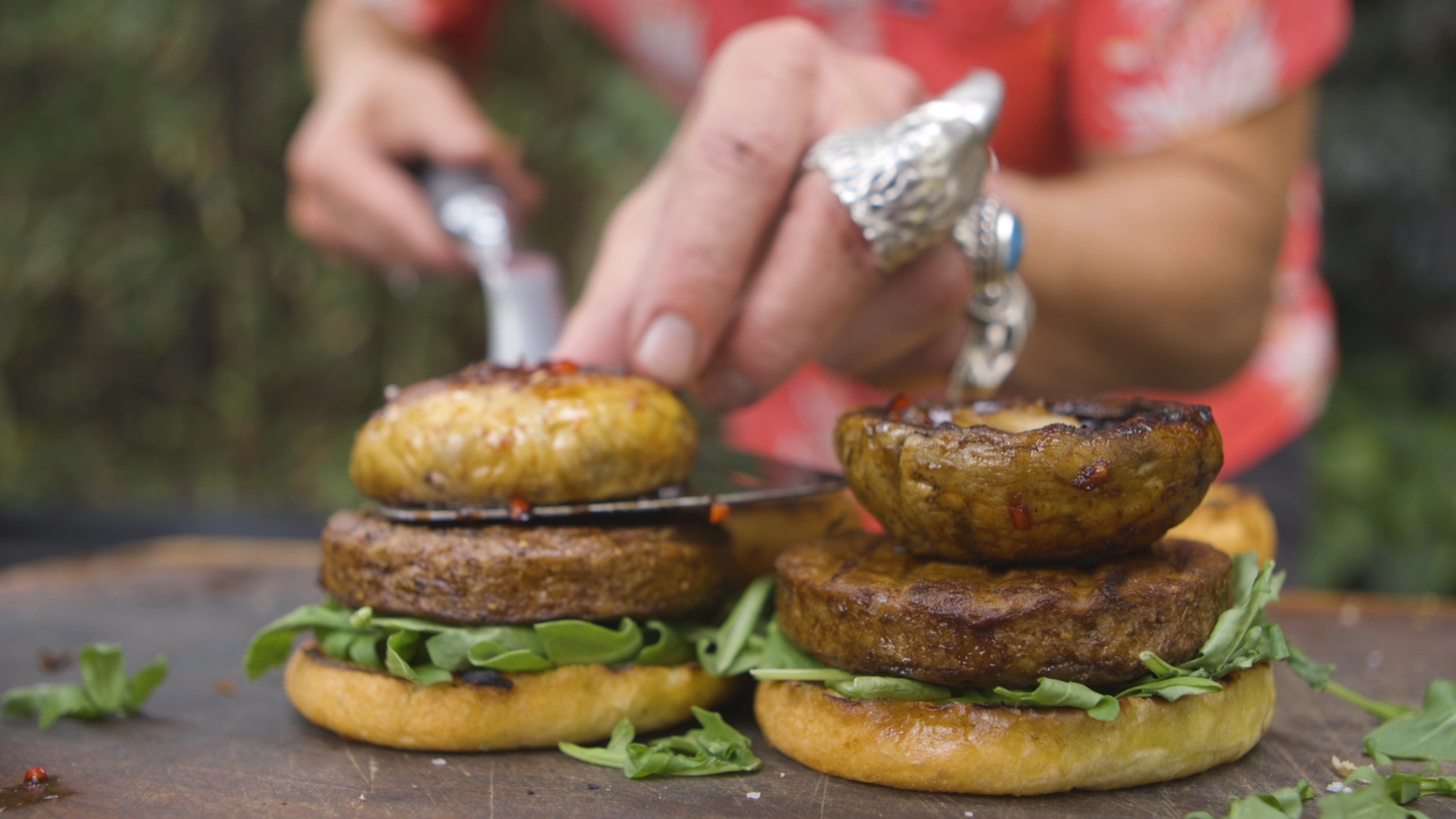 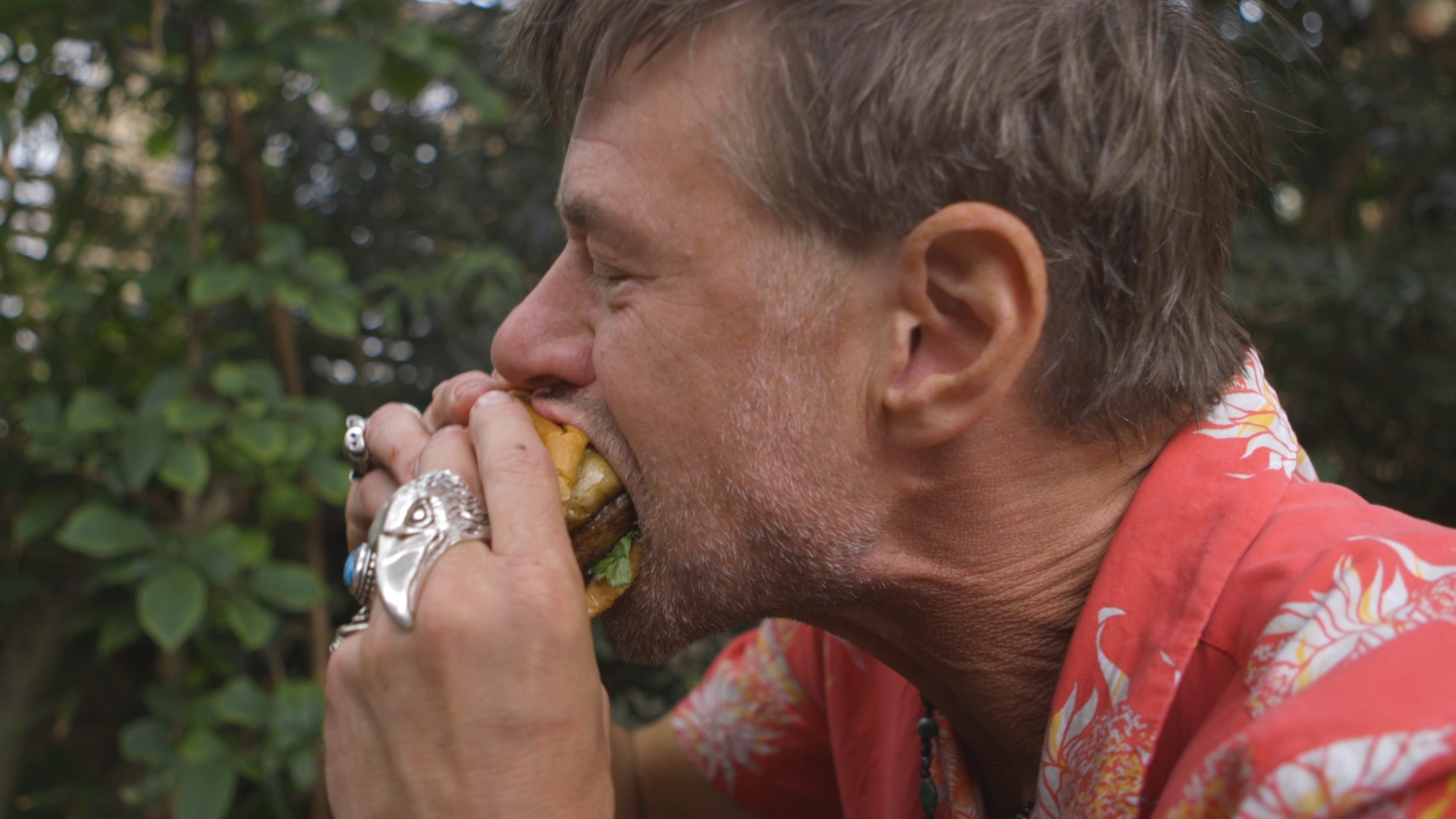 And four in 10 feel that as meat-eaters, they would struggle to know what to serve people who live a more plant-based lifestyle.

However, hosts would find it easier to feed a vegan or vegetarian than someone with a gluten intolerance, or other allergy.

The research was commissioned by Birds Eye, as they worked with internet sensation DJ BBQ to inspire more vegan-friendly barbecues.

A spokesperson for Birds Eye said: "As with most things in life, they’re difficult or scary until you try them.

"Making a barbecue welcome to the many people who are now embracing a more plant-based lifestyle is easier than ever.

"It can be as simple as separating some utensils and a spot on the grill for meat-free alternatives, or you can go the whole hog (so to speak) and swap out all the meat." 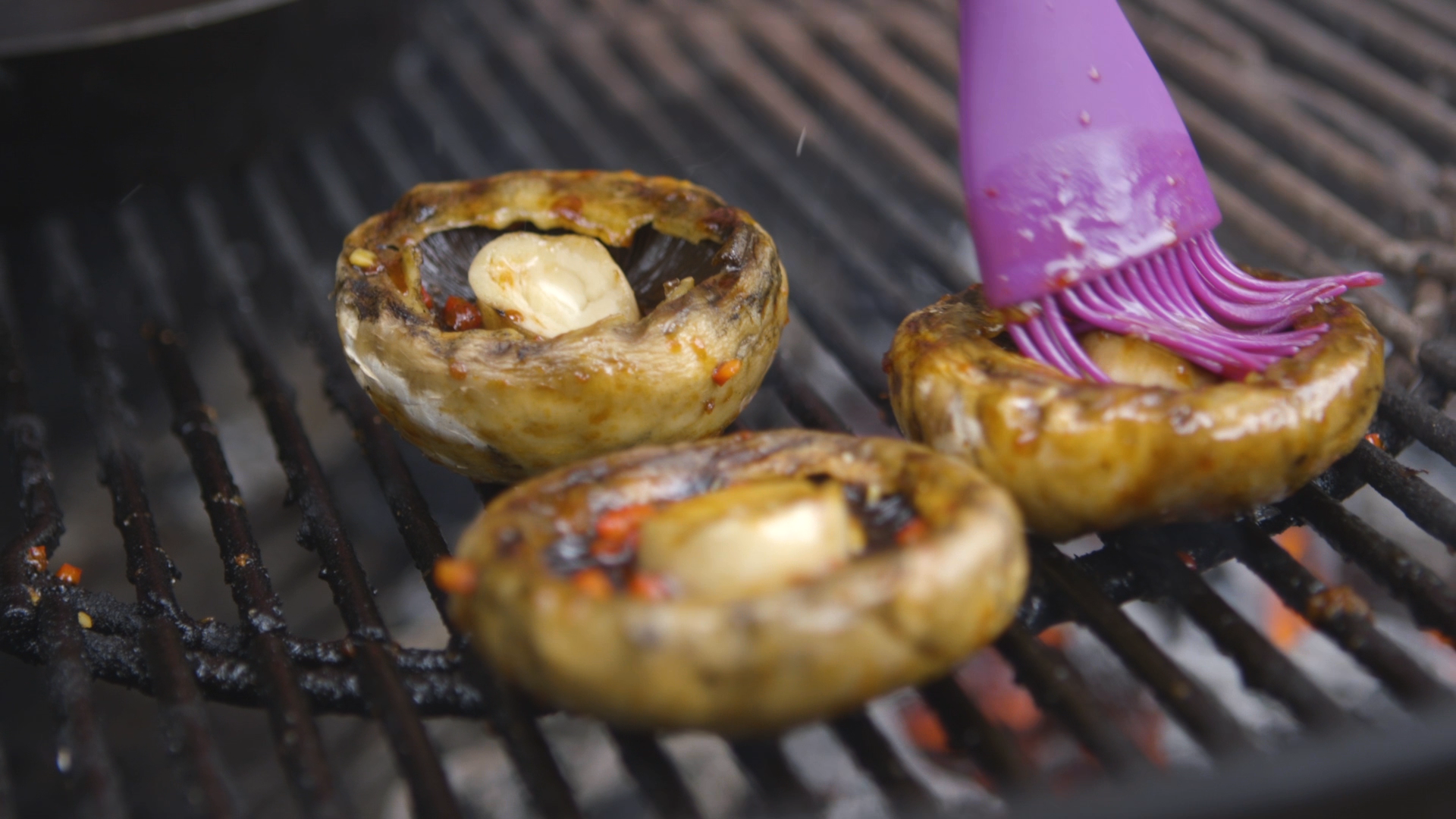 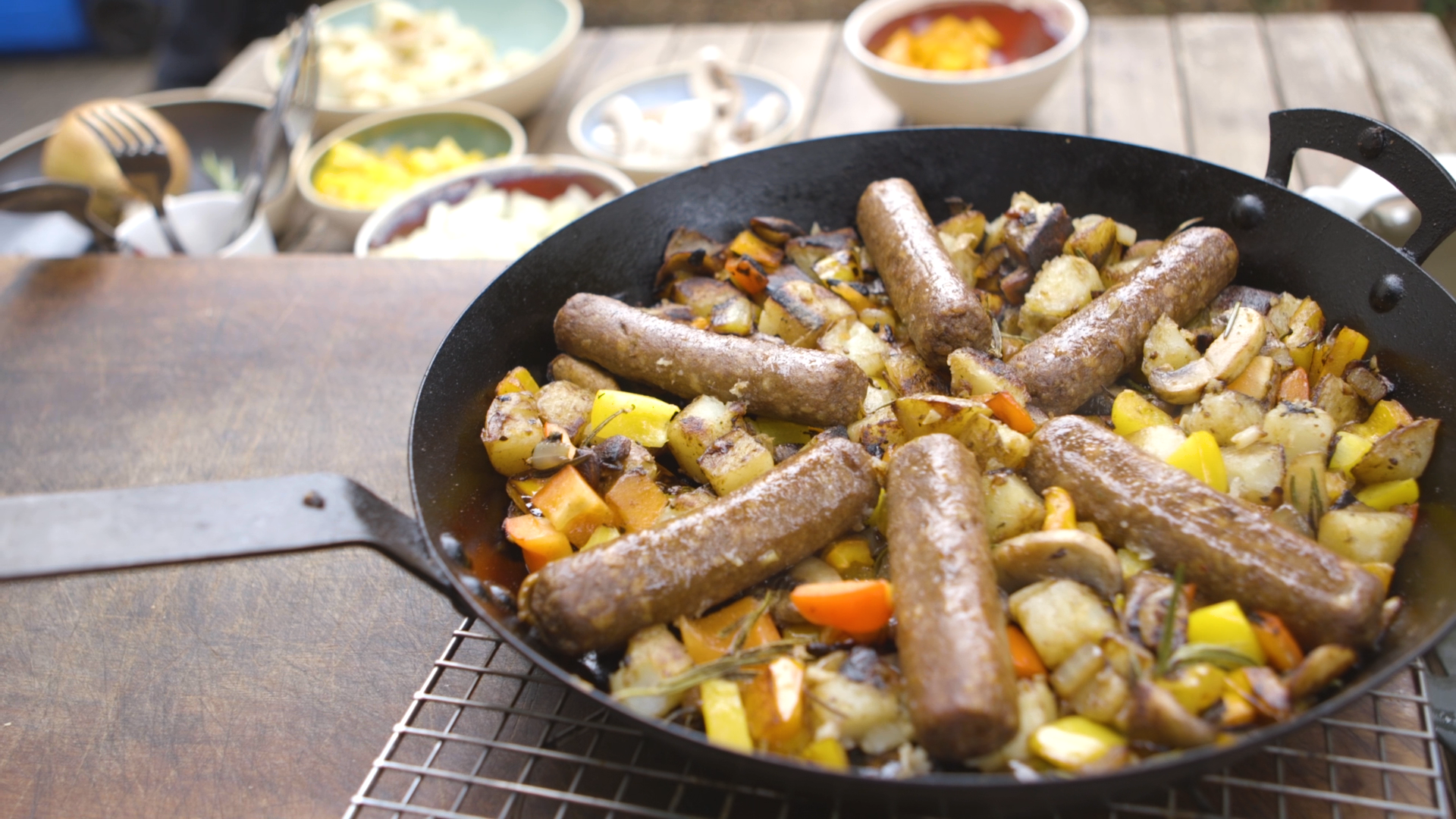 DJ BBQ has created a video from his own garden, showing him cooking a series of mouth-watering vegetarian barbecue treats.

They include a ‘Green Cuisine’ burger with soy, ginger and garlic Portobello mushrooms, and 'Green Cuisine' veggie sausages mixed with DJ BBQ’s homemade fries – all presented in his manic signature style.

It comes after the Birds Eye survey also found just under a quarter of people simply buy the cheapest veggie burgers and sausages when they have to make special catering arrangements.

And a third believe, somewhat harshly, that vegetarians and vegans should bring their OWN food when invited to a carnivore’s barbie.

As a result, the one in five who do have a dietary requirement – be it an intolerance, or a choice like veganism – often bring their own foodstuffs to barbecues to avoid making waves.

1. Do not drop litter and cigarettes in the garden
2. Always let the host know if you are going
3. Do not complain about the food or the options on offer
4. Don't bring any unexpected plus ones
5. You should wait until everyone has eaten before going for seconds
6. Only the host takes charge of the barbecue unless otherwise instructed
7. Do not share details on social media without the host's permission
8. Do not drink too much if no one else is
9. Guests should always bring drinks
10. Guests should always bring something for the host

Surprisingly, 30 per cent of meat-free adults don’t mind if the person operating the grill uses the same tongs for meat and the things they’ll be eating.

But 20 per cent have had a falling out over the grill due to the way it was being used – with one respondent accidentally MIXING UP which sausages were meaty and meat-free.

Another attended a cookout where the host wasn’t sure whether vegetarians ate fish or not.

Other top bits of barbecue etiquette unveiled by the research included 27 per cent of those polled who think guests should always bring something for the hosts.

While 46 per cent think bringing an unexpected plus-one is an absolute no-no, according to the OnePoll research. 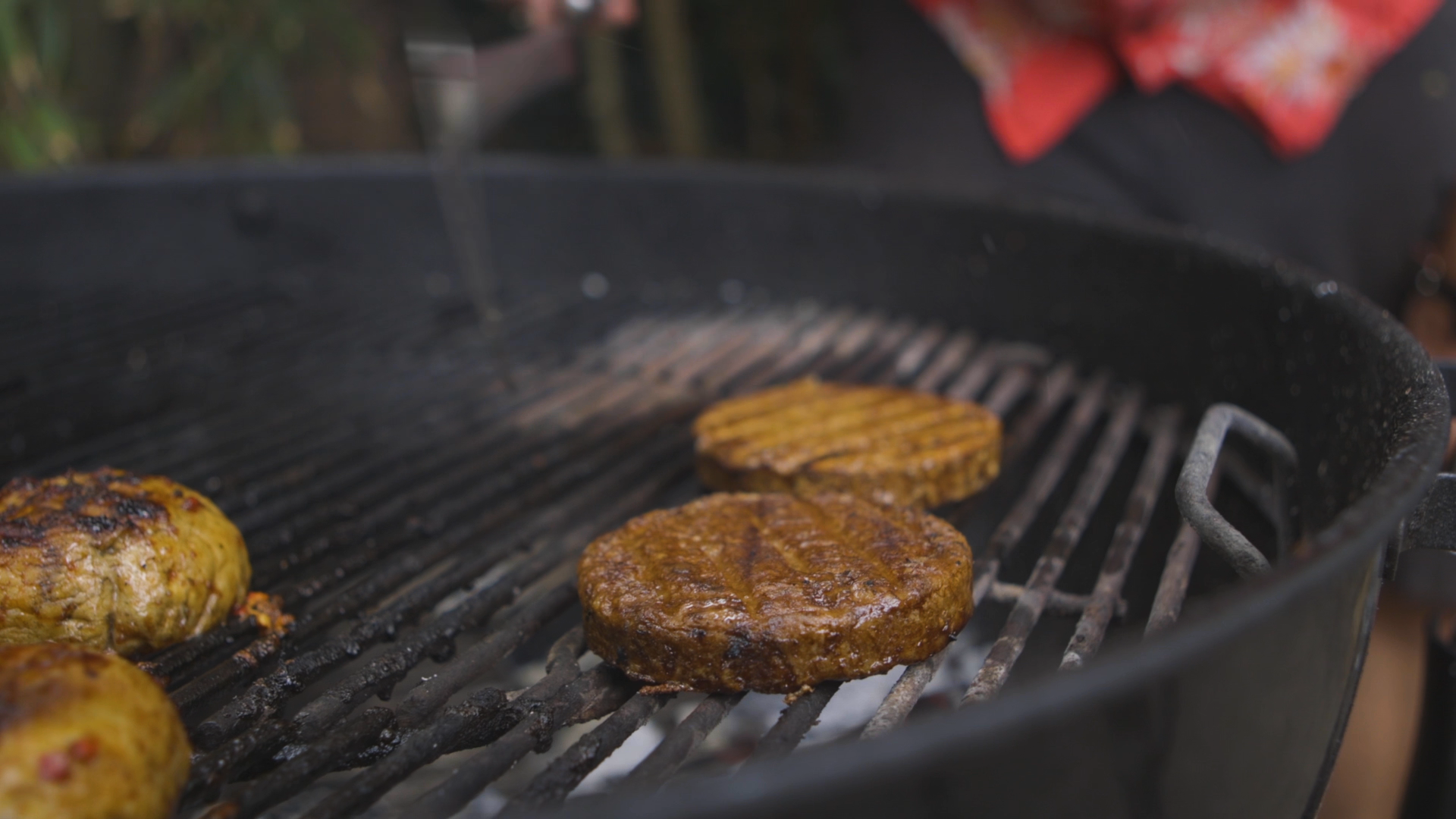 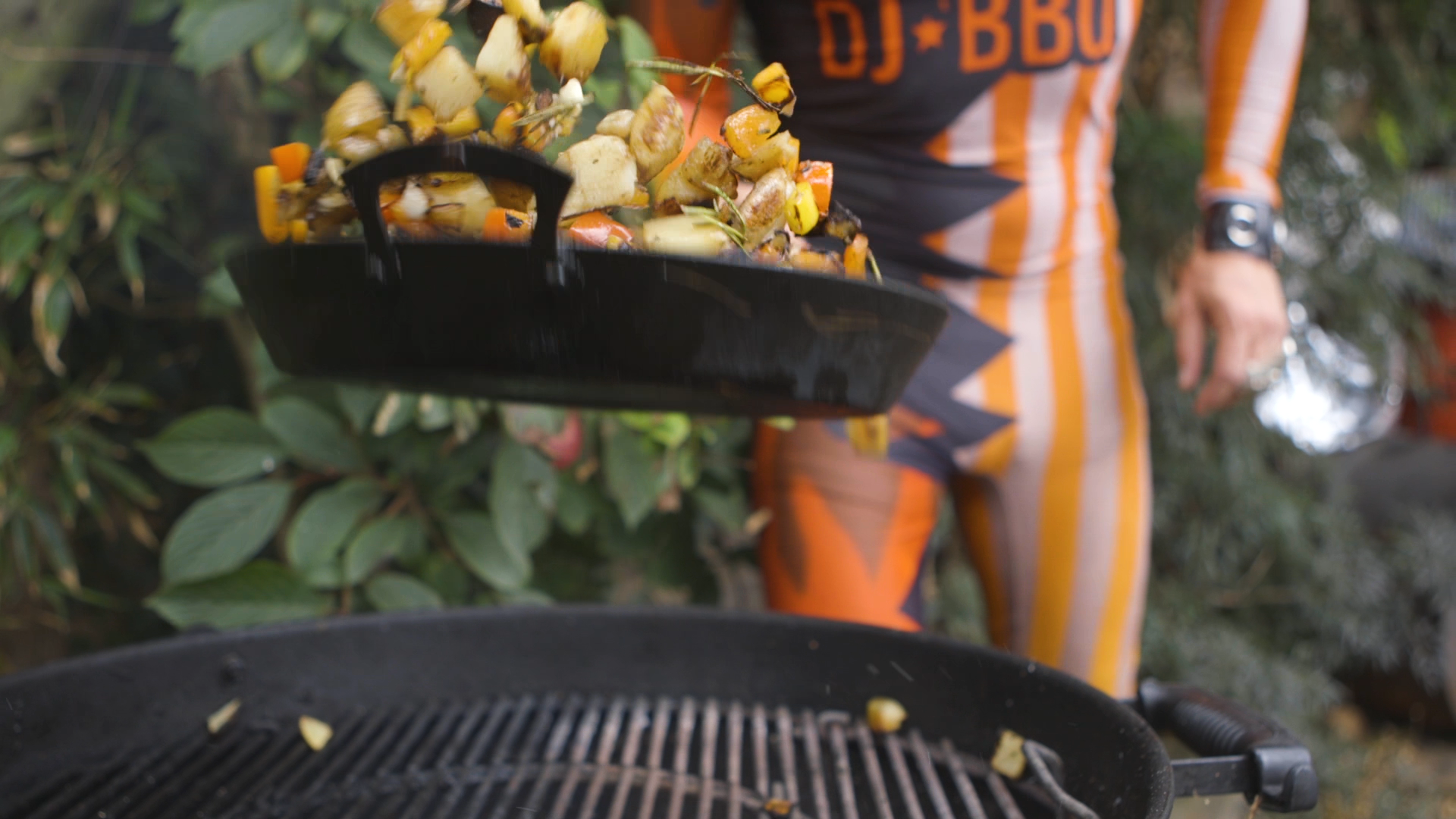 DJ BBQ said: "As a full-time single parent and pitmaster, I am super health-conscious and like to swap a few meat meals a week for plant-based alternatives.

"The kids love the Birds Eye Green Cuisine range, as do my veggie neighbours.

"Veggies LOVE live fire – it brings out all the sweetness and rad flavours.

"The easiest way to prepare them is to drizzle with olive oil and shake on your fave seasoning.

"Pair them up with a veggie burger or a sausage and you’ve got a first-class ticket to flavour town."

He added: "If you run out of room on the grill, there’s a whole other world of cooking space straight on the coals.

"Top tip, don’t peel onions, place ‘em straight in the coals. Once they go nice and soft, take ‘em out to rest.