TWO people have been killed in a reported grenade and machine gun attack in Germany this morning.

Cops in the city of Halle said they are now hunting down the suspect who struck outside a synagogue. 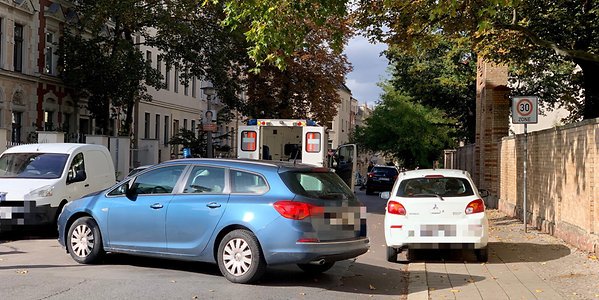 He is said to have fired multiple shots with a sub-machine gun killing two and injury several others.

The suspect is also reported to have thrown a hand grenade into a nearby Jewish cemetery.

One of the casualties is said to be a woman, said officers at the scene of the horror attack.

Cops added that the incident is "ongoing" and warned locals to stay indoors and stay safe.

The shooter is now on reportedly on the run towards Leipzig.

Local police said the perpetrator fled in a vehicle and a manhunt is underway.

"According to initial information, two people have been killed in Halle," a spokesperson said.

"Several shots were fired. The alleged perpetrator has fled in a vehicle.

"We are asking the public to stay in their homes."

Police did not immediately confirm reports a man had gone to the door of the synagogue and then shot at a passerby.

The attack took place on Humboldtstrasse in Halle, which houses a synagogue and Jewish cemetery.

It came after a series of raids were carried out last night by police in connection with threatening far-right emails sent to mosques, political parties and migrant reception centres across Germany.