Hapless footballer is knocked over by his OWN penalty

What a sitter! Hapless footballer is knocked over by his OWN penalty after ball ricochets off the post straight back at him

This is the unfortunate moment a hapless striker is dealt a double blow when his missed penalty kick sees his football ricochet off the goalpost and knock him over.

Footage, captured in Surat Thani, southern Thailand, shows the 18-year-old football player place his ball in position before taking a few steps back to take the penalty kick while the two amateur sides are tied at 1-1 in the 80th minute.

However after the young boy kicks the ball into the metal goalpost, it then rebounds straight back into him and sends him to the ground. 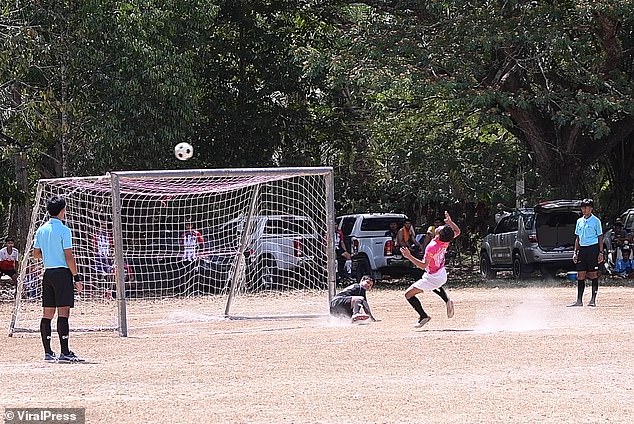 The 18-year-old striker, from Surat Thani, southern Thailand, is dealt a double blow when the football rebounds off the goalpost and knocks him over 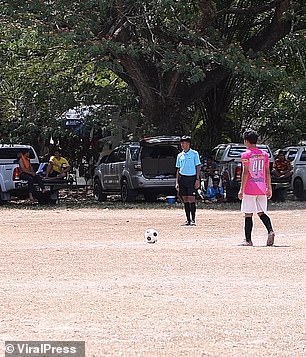 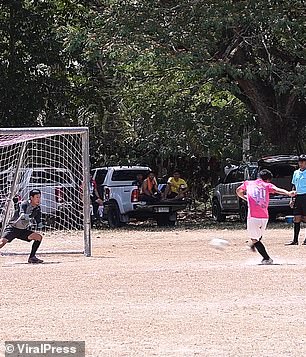 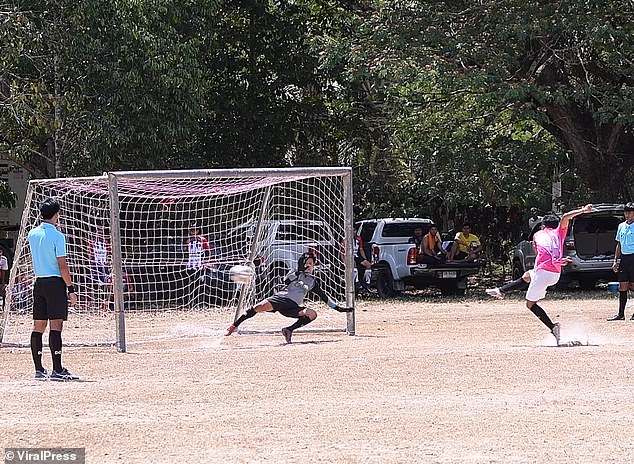 During the clip, the young boy runs towards the ball and kicks it in the direction of the goal.

Within seconds the ball hits the post and bounces back in his direction before hitting him in the chest.

The amateur footballer falls onto the dusty ground before clambering back onto his feet with an embarrassed smile on his face.

He then trudges back to his disappointed teammates as a few claps are heard in the background.

A local sports photographer, who recorded the penalty kick fail, said the amateur players joked about it after the game. 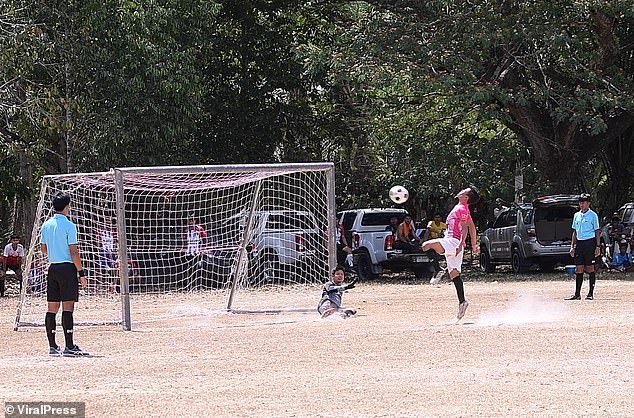 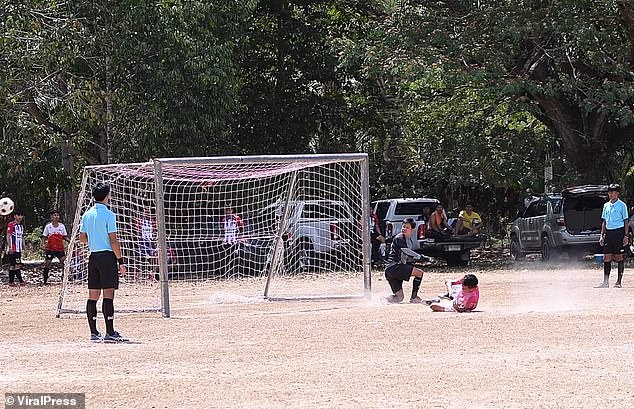 The filmer said: ‘He wanted to forget that penalty when I ask him. He said he just kicked the ball as hard as he could.

‘It was embarrassing that he missed it when he could have won the game. But also the ball hit him in the chest. I felt his pain.’

The game between Nakuan FC and Nilubon Sport on March 16 finished 1-1 after the failed penalty.