THIS is the shocking moment a vicious maniac savagely knocks an elderly woman unconscious seconds after watching her give money to a beggar in the street. 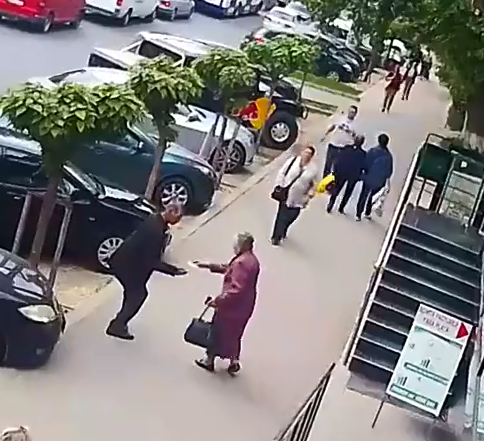 He lashed out at the OAP and another woman, 36, while they walked past a shoe shop at around 2pm on May 14.

The clip shows the pensioner kindly giving money to a beggar outside the store before heading off on her way.

A younger woman in a white top is seen heading in the same direction when the hate-filled attacker trudges towards them.

The scumbag, who is carrying a black plastic bag, then suddenly punches the two women in their chests.

Both victims are initially stunned by the assault as onlookers ask if they are okay.

After looking back to catch a glimpse of her attacker, the injured old lady then collapses on the floor and passes out.

Natalia Stati, spokeswoman for the City Police, confirmed that police are investigating the matter and looking into identifying the perpetrator.

"A criminal case has been launched on this case, and the police are looking for the perpetrator to establish his identity, but also his place of residence." 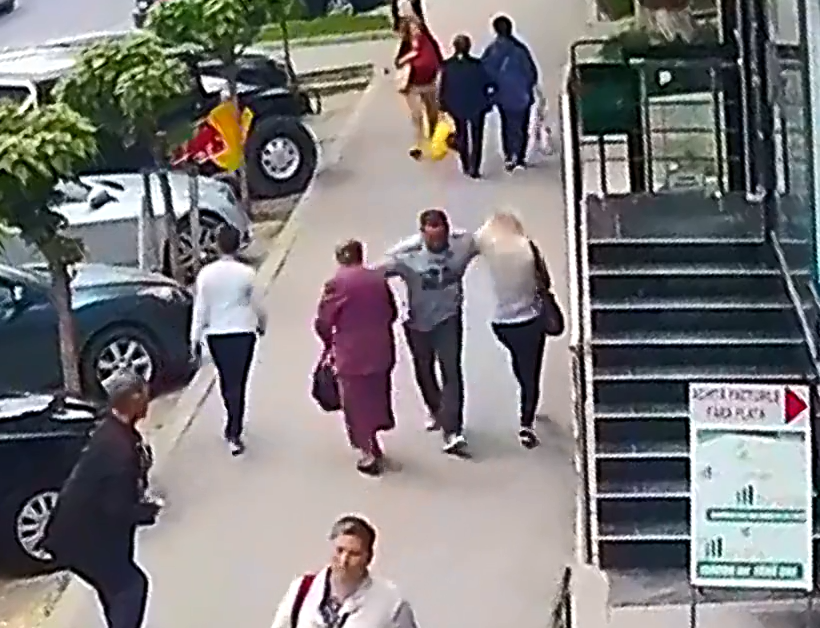 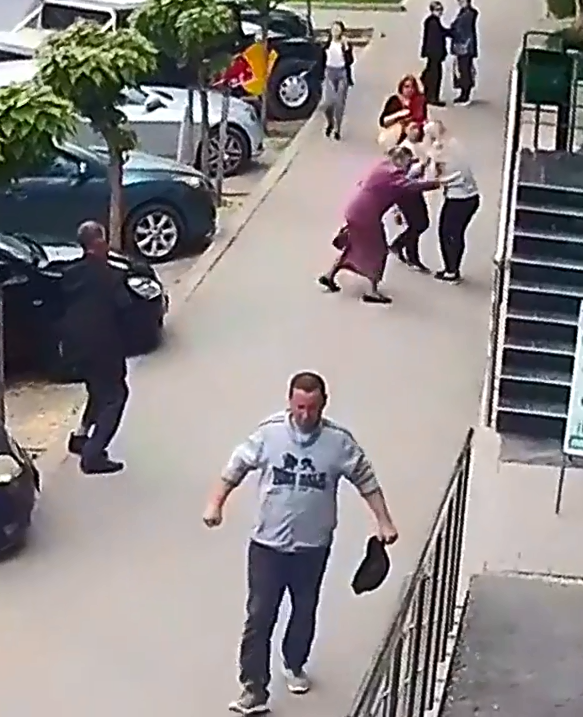