Schoolchildren have been left riddled with anxiety and stress at the thought of taking exams after missing crucial time at school, the head teacher of a Yorkshire school has said.

Pepe Di’Iasio has seen a greater number of pupils coming forward with feelings of uncertainty and nervousness to teachers at Wales High School in south Yorkshire.

The 51-year-old also praised the government for putting education high on the agenda, but warned that not enough was being done to support students who have fallen behind.

He said: ‘We’ve got an increased number of students who are coming forward to our pastoral team to share that they have increased anxieties and stresses around the uncertanties of the next year.’ 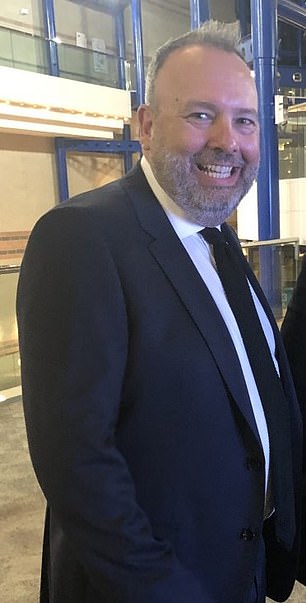 Prime Minister Boris Johnson announced an aid package for school children earlier this year that is set to provide £1billion funding to schools across the UK.

The funding will be channeled into private tutoring firms which will work with schools to give extra classes to pupils who have fallen behind with their studies.

It comes after research asserted that one to one interventions is the best way to close the attainment gap in struggling students.

Although there is particular concern for those who have crucial exams coming up later this year, Mr Di’Iasio says all pupils are experiencing difficulty.

‘All children who have been off school, are struggling to come back to what is a new normal and have to readjust, refocus and recalibrate to make sure they’re ready for the months ahead.

‘That’s particularly hard for the year 13 students who have lost a quarter of the time for their A levels and for those year 10 pupils returning into their year 11 who will be sitting GCSEs at some point later this year.

‘The students who have been off for the last six months and have A levels ahead of them are already feeling anxious and concerned about how they are going to make up for lost time.

‘And this is despite all our best efforts as teachers to reassure students and to support them. ‘

Mr Di’Iasio also poinited out that ‘Boris’ billion’ equates to approximately £80 per pupil, which he says does not go far enough. 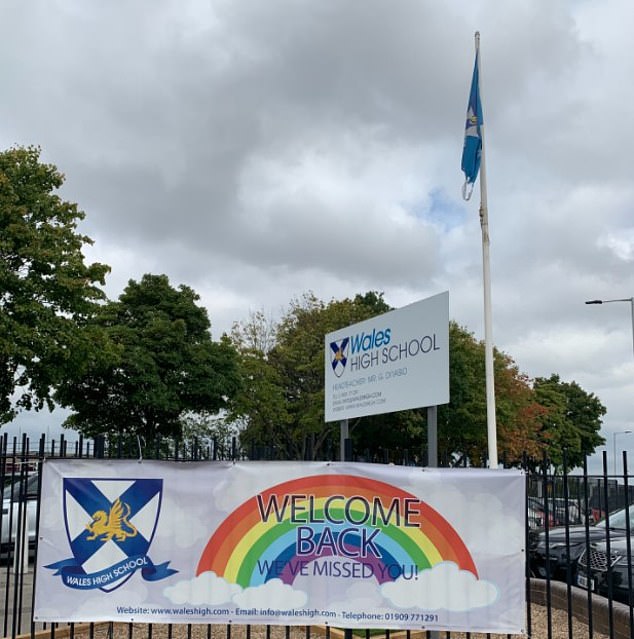 Pupils returned to Wales High School in Yorkshire four weeks ago, after many struggled with their studies while having to work remotely during the coronavirus pandemic, leading to greater levels of stress and anxiety, the head said

‘For years finances have been tight in schools,’ he said.

‘It’s been great that the government has accepted that more recently and we’re really pleased to have the additional funding that has been allocated to schools this year.

‘But these are completely new and unprecedented times, and if we’re putting schools at the top of the agenda, we need to make sure we have the resources with which to engage them and make up the ground that we really need to do over the next couple of months.’

‘I would always say the government needs to do more,’ he added.

‘I truly believe all pupils need extra support, but they all need different things.

‘Knowing your pupils and being able to support them in different ways is absolutely critical.’

Mr Di’Iasio said that pupils are raring to get back to school and return to learning after the coronavirus lockdown forced them to do their schooling from home. 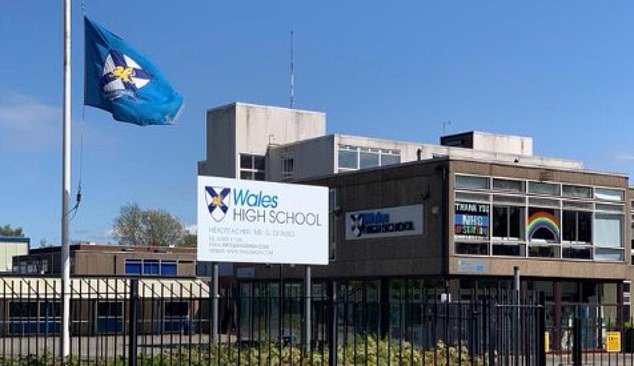 The school are putting on extra classes using government funding from a £1billion stimulous package, but the head teacher says the government can always do more to support all struggling students, not just those preparing for A levels and GCSEs this year

The school has identified key areas of study to focus on with the students, with many teachers attempting to naivgate the tougher parts of the curriculum while they have the chance.

Fears of a second lockdown or ‘circuit break’ mean pupils attendance or ability to attend school over the course of the next term is not guaranteed, Mr Di’Iasio reports.

The school are laying on additional classes after the school day ends and have drawn up a plan on how to use school breaks such as half term and the Christmas holidays to get pupils up to speed.

‘We’re going to do everything we can to put them in a stronger position so this wont affect their grades,’ he said.

‘But it doesn’t stop our students feeling that they are swimming against the tide.

‘A levels are hard at the very best of times and this year is going to be even harder.’

Noah Cyrus Rocks Bedazzled Bodysuit to Perform with Jimmie Allen
We and our partners use cookies on this site to improve our service, perform analytics, personalize advertising, measure advertising performance, and remember website preferences.Ok