Heads up! Moment firefighting plane swoops over Spanish beachgoers to scoop up gallons of seawater to battle blaze nearby

This is the moment a firefighting plane flies feet over the heads of shocked beachgoers as it swoops low over the sea to collect water to battle a nearby blaze.

The aircraft appeared to come close to hitting a block of apartments before flying low over the sand and touching down in the water close to a small boat and stunned canoeist.

The heart-stopping moment happened on Friday evening on the famous La Concha beach in San Sebastian near Spain’s border with France. 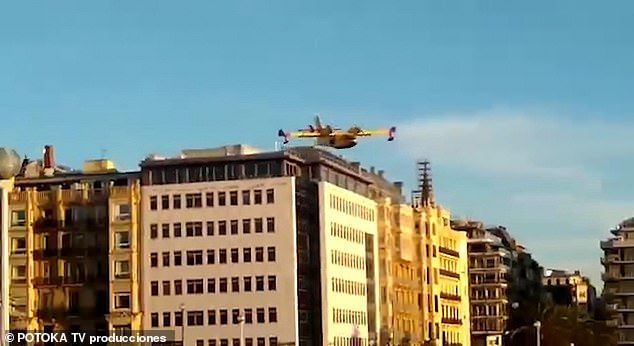 Footage of the incident, involving a Canadair hydroplane tackling a forest fire in a neighbouring province enraged many local residents with some branding it ‘risky’.

Central government representatives in the region insisted the plane had permission to land in the sea and collect water.

But San Sebastian mayor Eneko Goia said afterwards city hall officials would be expressing their concern at the pilot’s manoeuvre. 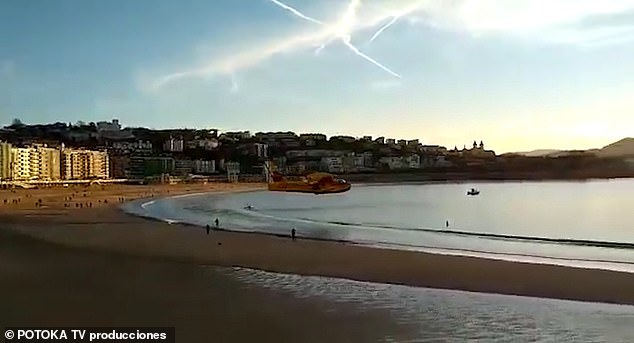 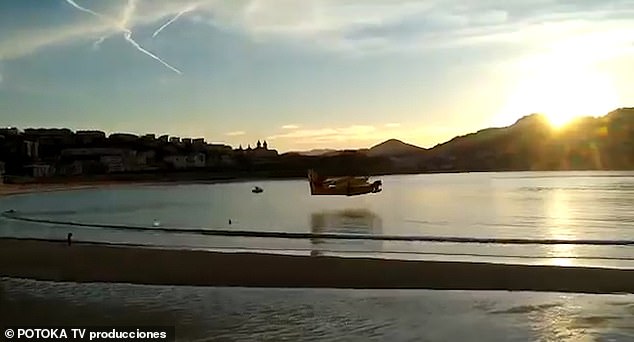 The plane dipped down extremely close to the beachgoers, some of which were still in the sea

He tweeted: ‘Always ready to help in emergencies, but we are going to express our surprise and concern to the aviation authority over the risky manoeuvre of the hydroplane at La Concha, which flew at low altitude over the city centre and landed in the bay.’

An enraged local added on social media: ‘There’s never a 100 per cent guarantee with a plane.

‘Although the pilot pulled it off perfectly, it’s risky because of everything he had below him.

‘What would have happened if he had hit something. Cemeteries are full of exceptional pilots because aircrafts fail sometimes.’

But another added: ‘Risky manoeuvre? I didn’t know Mr Goia was an expert in these matters.’

The fire the aircraft was involved in tackling was in the province of Navarra.

La Concha is regularly included in lists of the world’s most beautiful beaches. 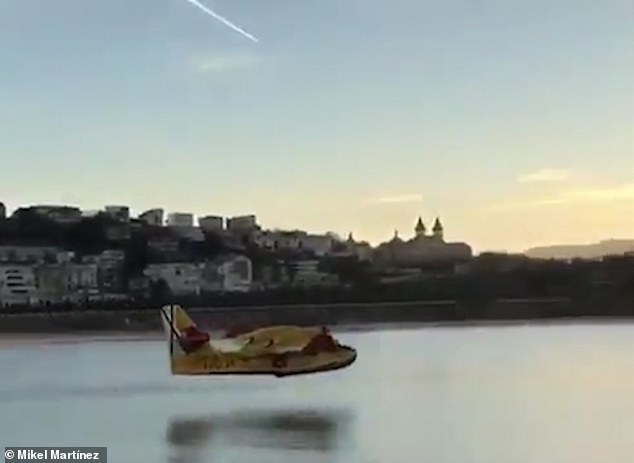