Helen Mirren is the cover star for People’s 2022 Beautiful issue.

The Oscar winner joins the likes of past Beautiful cover celebrities Chrissy Teigen and Goldie Hawn as she steps into the magazine's spotlight, and at 76, she's now the oldest star to get that honor.

“I was absolutely sort of gobstruck, as we say in England,” Mirren told People of the moment she learned of the honor. “I never considered myself ‘beautiful.’ And (at) my age! So I was amazed." 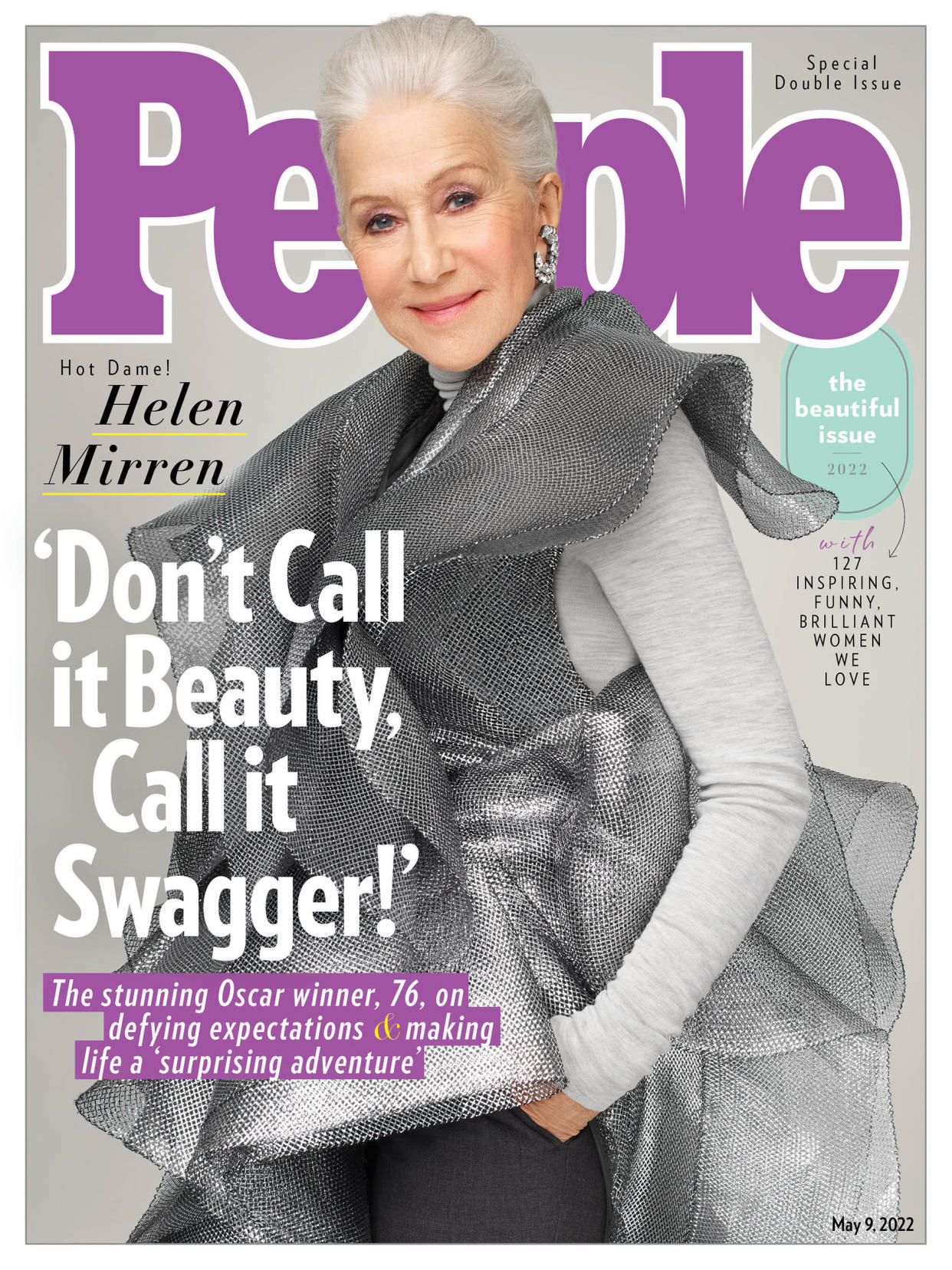 Mirren, who's enjoyed a career spanning over 55 years, looks regal on the annual issue.

However, despite the theme, "The Queen" star admitted to mixed feelings about the label focused around beauty.

“Don’t get me wrong — I love beauty and I love looking at beautiful things," she explained. "But I don’t like the word beauty (as it’s) associated with the beauty industry — makeup and products, skincare and all the rest of it — because I think it excludes the vast majority of us who are not beautiful.”

Though her admirers would likely argue that she’s absolutely included in any definition of beauty, she has another way to refer to what she and others exude.

"We have other stuff, which is just as powerful as beauty," Mirren continued. "And I would like to see us celebrate those things … I love the word 'swagger' because I think swagger means 'I’m confident in myself, I’m presenting myself to the world, I’m enjoying the world around me.' I think what is called the beauty industry should be called the swagger industry. We’re giving people swagger.”

To watch the Beautiful Issue Cover Special, go to PeopleTV.com and to see more of the amazing women featured, pick up PEOPLE’s Beautiful Issue on newsstands nationwide Friday.