Hero translator faces being deported to Afghanistan from Italy

Hero translator who faces being deported back to Afghanistan: Mustafa, 31, pleads with UK to ‘keep its promise’ before he is returned to the Taliban after becoming trapped in Italy

A former translator for British forces who fled the Taliban and became trapped in Italy faces being deported back to Afghanistan despite qualifying for sanctuary in the UK.

Former frontline translator Mustafa, 31, says Italian authorities have warned him he will be deported – even though Britain promised that ex-interpreters will have their cases processed from third countries.

He has now begun legal action in a race to force the UK to ‘honour its commitment’ and bring him and his family over.

He is one of more than a dozen former translators claiming to qualify for relocation currently in third countries appealing for their cases to be processed through British embassies.

Former UK frontline translator Mustafa, who fled the Taliban and is in Italy has been warned he will be deported back to Afghanistan despite qualifying for relocation 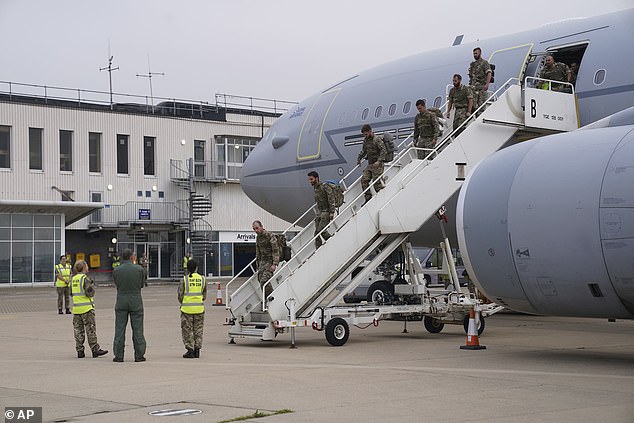 More than a dozen former translators are appealing for their cases to be processed through British embassies as they are stuck in third countries (pictured: British armed forces disembark from a flight from Afghanistan in August 2021)

The Daily Mail’s award-winning Betrayal of the Brave campaign has highlighted the plight of ex-interpreters trapped in countries such as Indonesia, Congo, Turkey, Greece, Belgium and India awaiting relocation or for their cases to be processed.

Mustafa applied for sanctuary in Britain under the Afghan Relocations and Assistance Policy (ARAP) in April but heard nothing and decided to turn to people smugglers to escape after he was warned Taliban fighters were hunting for him.

He fled with his wife, five-year-old son and daughter, three, through Iran and Turkey, ending up in an Italian refugee camp in July.

Mustafa claimed the Italian authorities said he had to ask Britain ‘for help as I worked for them’. He thought his problems were over when an email from the Ministry of Defence’s Afghan team arrived on August 14 saying he was eligible for relocation under ARAP.

‘I was absolutely delighted,’ said Mustafa, ‘It was an email that meant safety for my family and – knowing the Government of the UK had said we could come directly from countries like Italy – I tried to contact the British embassy in Rome and UK officials in Milan but I received no reply.

‘For many weeks there was nothing. Last week I received a call from a woman who said she was from the ARAP team and the embassy would be in contact – but I have heard nothing more and I am worried the authorities here will detain me.

‘It is very worrying because the Italian authorities have issued me with a letter saying that we must leave and if we don’t, we will be arrested, held in a camp and deported back to Afghanistan.

‘If that was to happen it would mean we would be handed over to the Taliban.

‘They blame us for the deaths and capture of men.’

Mustafa said armed fighters had gone to his family home ‘to punish me’.

He insisted: ‘The UK has said it will help those who are eligible and in countries like Italy. I ask them to honour that promise and to act quickly before it is too late.’ 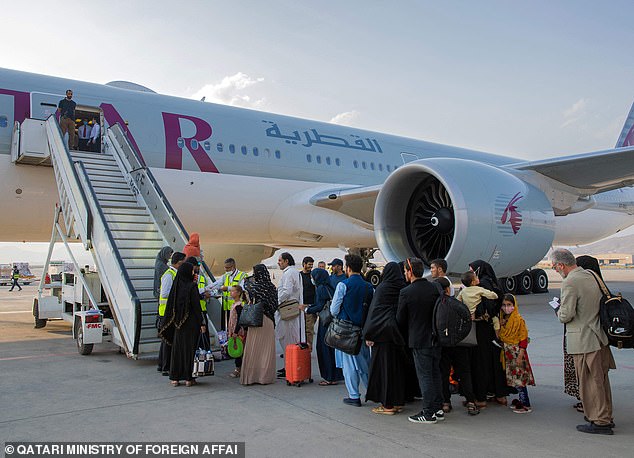 The Ministry of Defence said the UK had airlifted more than 15,000 people out of Kabul ‘including thousands of ARAP applicants and dependents’

His lawyer Erin Alcock, of London legal firm Leigh Day, said: ‘We have written to the ARAP team seeking urgent clarification about how our client can be processed from Italy, but have received no response.’

The Ministry of Defence said the UK had airlifted more than 15,000 people out of Kabul ‘including thousands of ARAP applicants and dependents’.

It added: ‘We will continue to do all we can to support those who have supported us. Our commitment to those who are eligible for relocation is not time-limited and will endure.’

Former Royal Marine Pen Farthing yesterday revealed that 50 evacuated staff from his Kabul animal shelter have arrived in the UK, with 17 more on the way.

A total of 94 dogs and 68 cats were earlier rescued from Afghanistan – but there was criticism that Nowzad charity workers were left behind.

Some remain in the country to run a donkey rescue centre as they did not want to leave.