In addition to 39 landmines, the heroic rodent discovered 28 other items of ordnance across 1.5 million square feet since he was trained by APOPO, a Belgian charity that also works with programs in Angola, Zimbabwe and Mozambique.

The stouthearted squeaker — who was named APOPO’s most successful “HeroRAT” — received the UK charity PDSA’s Gold Medal “for his life-saving bravery and devotion to duty.”

“The work of HeroRAT Magawa and APOPO is truly unique and outstanding,” PDSA head Jan McLoughlin said. “HeroRAT Magawa’s work directly saves and changes the lives of men, women and children who are impacted by these landmines.”

Magawa — who lives in the Cambodian city of Siem Reap — is the first rat to receive the PDSA medal in the 77 years it has been awarded. Other animal heroes have included brave cats, dogs and a pigeon, according to AFP.

APOPO trained the native Tanzanian to detect the chemical compound in explosives by rewarding him with tasty treats such as bananas and peanuts.

Magawa, who alerts his handlers by scratching the ground, can scurry across an area the size of a tennis court in just 30 minutes while attached to a leash.

The 28-inch-long rat weighs a whopping 2.6 pounds, a heavyweight among rodents, but light enough not to set off buried explosives, according to the BBC.

APOPO also decided that the African pouched rats were best suited for the job because of their African origins and life expectancy of up to eight years. 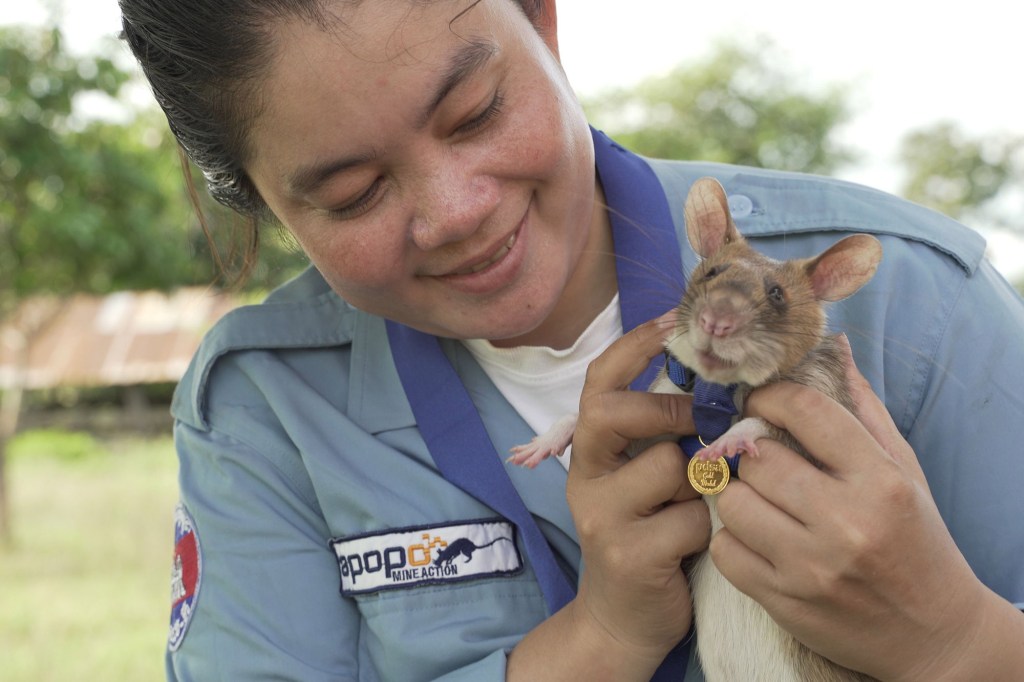 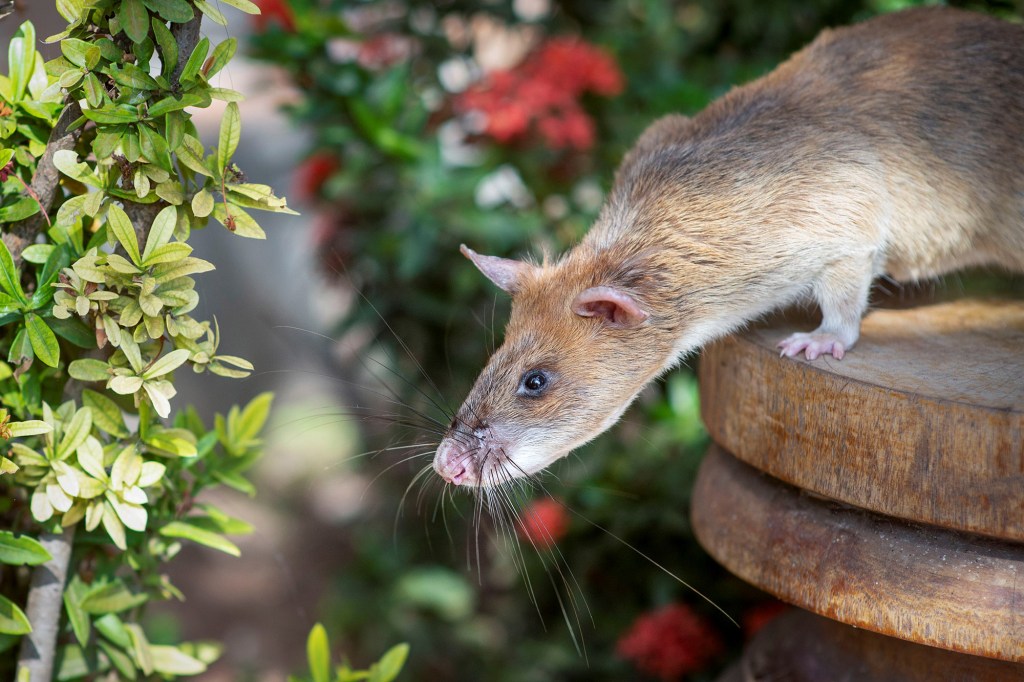 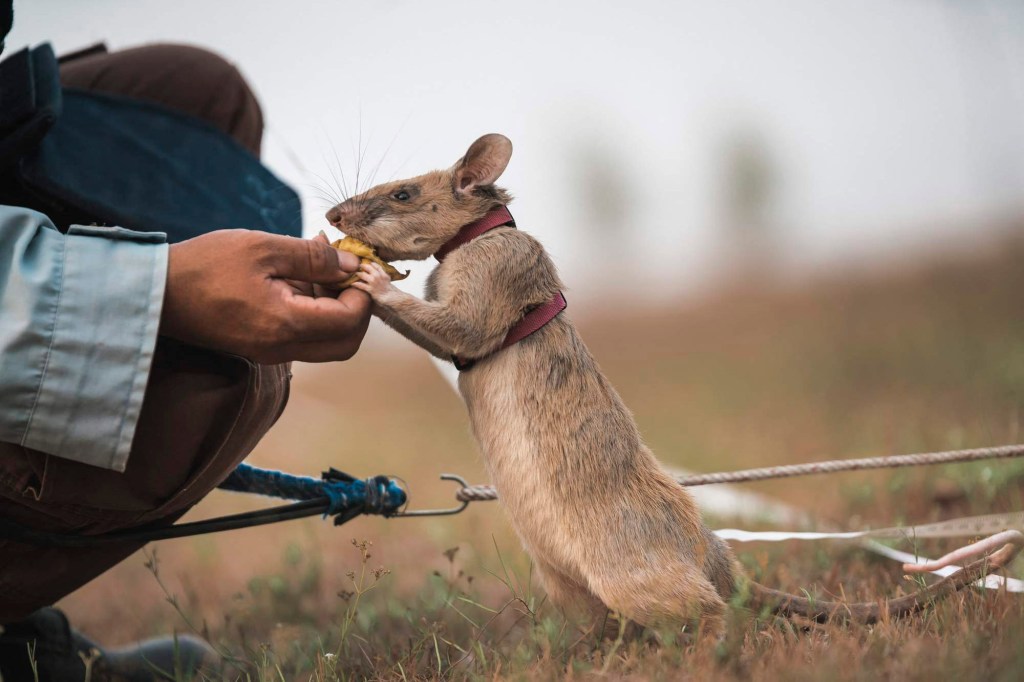 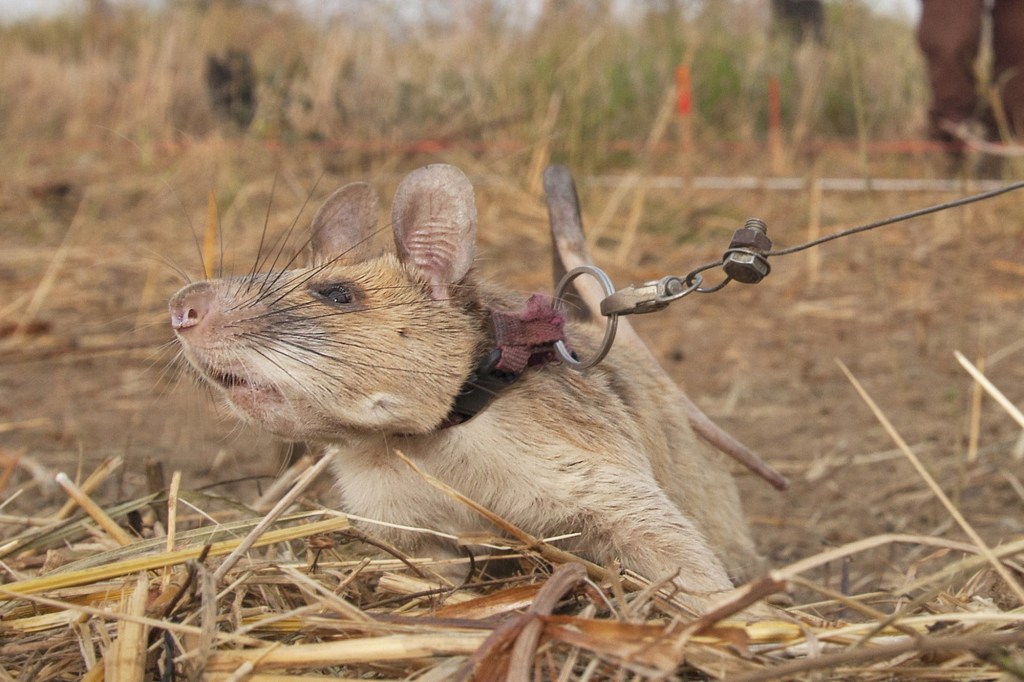 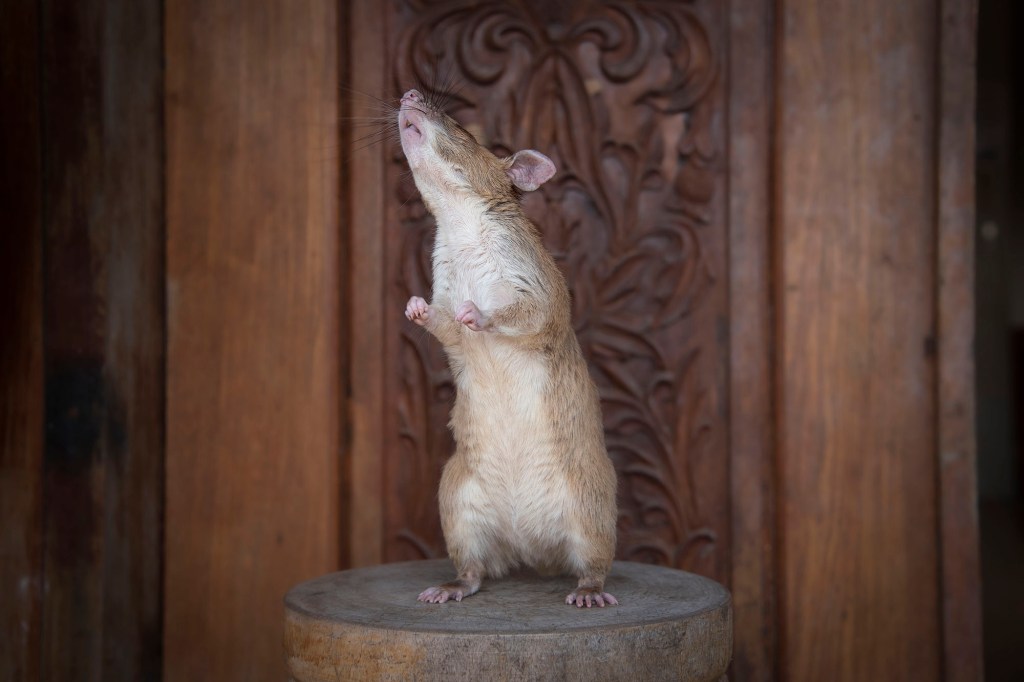