Hill in the Lake District is reclassified as a mountain

Mountain or a molehill? Hill in the Lake District is reclassified as a mountain after surveyors realised it was 3ft taller than they thought

An English hill has been reclassified as a mountain after it was found to be 3ft taller than previously thought.

Intrepid independent surveyors John Barnard and Graham Jackson have spent more than a decade travelling the British Isles to check the height of hills that are close to mountain status.

Their latest trip to the Northern Fells of the Lake District has seen Miller Moss become the 446th mountain listed in Anne and John Nuttalls’ books ‘The Mountains of England and Wales’. 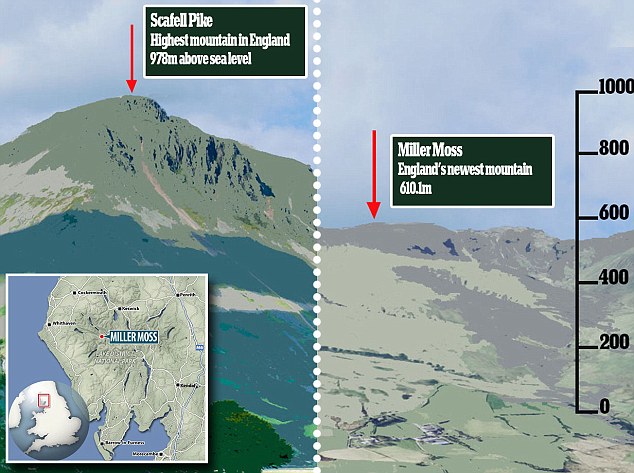 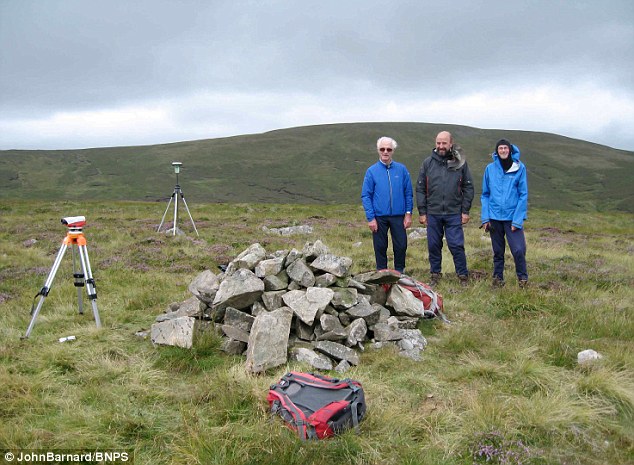 John Barnard, Jim Bloomer and Graham Jackson are pictured with their surveying equipment on Miller Moss 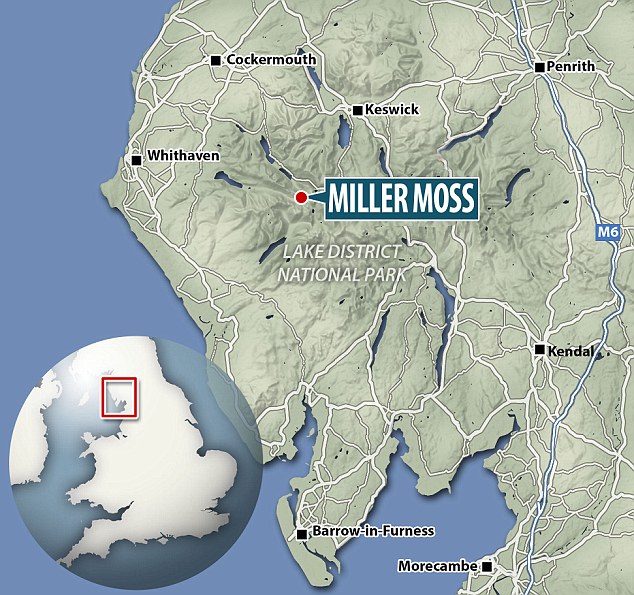 The mountain in the Lake District was previously classed as a hill, but the Ordnance Survey will now have to alter maps to list it as a mountain

The discovery means the Ordnance Survey (OS) will have to alter its Land Ranger and Explorer maps accordingly and mountain climbers hoping to tick every mountain in the UK off their list will have to add a new one.

The recognised threshold for when a hill becomes a mountain is 609.6m (2000ft) and Miller Moss was marked on OS maps as being 609m.

As there is a margin of error in the figure recorded by OS, Mr Barnard and Mr Jackson knew there was a possibility Miller Moss might have been wrongly classified but they had to wait until they got home and processed their data to find out if their suspicion was correct. 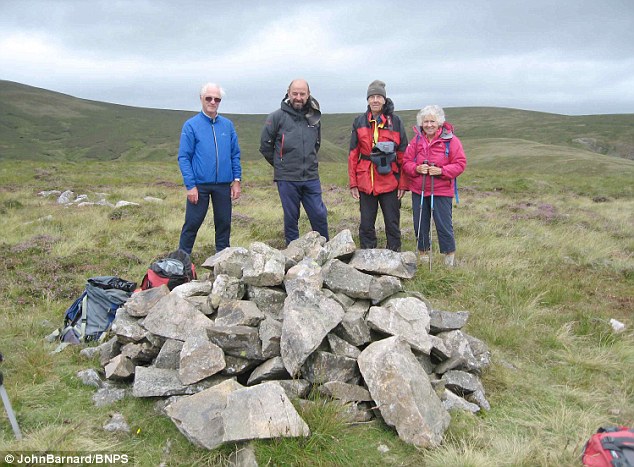 John Barnard, Jim Bloomer and John and Anne Nuttall (pictured, left to right) took on the climb to secure research that proved it was in fact a mountain

They climbed Miller Moss on August 1, along with fellow hillclimbers Jim Bloomer and John and Anne Nuttall.

It involved a 5km hike each way with 6kg of equipment and several hours of data collecting, taking them around eight hours in total.

At the summit they set up their Leica Viva GS15 – a data receiver that collects information from orbiting GPS satellites, much like a car satnav does.

They had to leave the equipment in place for two hours to get an accurate reading and then also measure the low points, or cols, between Miller Moss and its neighbouring hills.

To qualify for Mountains of England and Wales, a well-known list of 2000ft mountains maintained by John and Anne Nuttall, the mountain must have a minimum 15m drop – the height difference between the summit and the col. 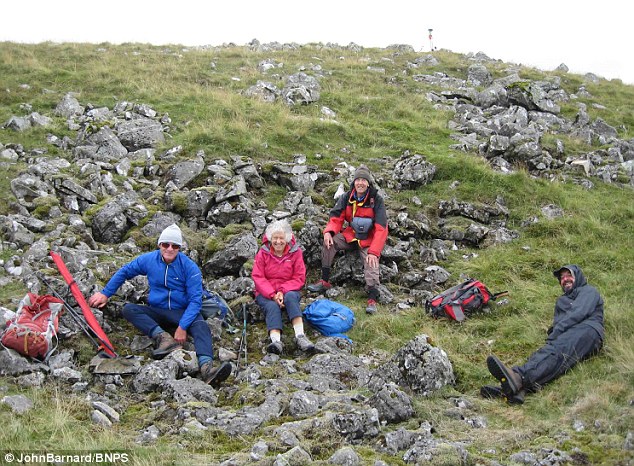 The data has already been accepted by OS and the new height will appear on maps.

Mr Barnard, 69, a retired business planner for a chemical company, said: ‘Ordnance Survey measure hills and mountains by flying a plane over and taking photographs, a process called photogrammetry.

‘They can then use those to make a 3D model and measure heights from that but it only gives an accuracy of plus or minus 3m.

‘This was recorded on their maps as 609m but they round up or down to the nearest metre so we knew there could be an error and there was a good chance it could reach over 2000ft.

‘We’ve made it our passion. We’ve measured a lot of these hills in the past and found several mountains in England and Wales that have been reclassified over a ten-year period.

‘The equipment we use is very similar to the satnav in your car, it collects information from specific satellites that send down signals and works out where you are and how high you are, although obviously it’s more complicated than that.

‘Often you do these things and it doesn’t make any difference, changes in classification are quite rare because the OS data is very good.

‘It’s a nice feeling when you do find one, but I think we have found pretty much all the key ones now.’