HOLLAND has become one of the world's Covid hotspots after refusing to introduce "childish" face mask rules.

Now the Dutch parliament is debating an emergency law to force people to wear them after the rate of new coronavirus infections reached nearly 5,000. 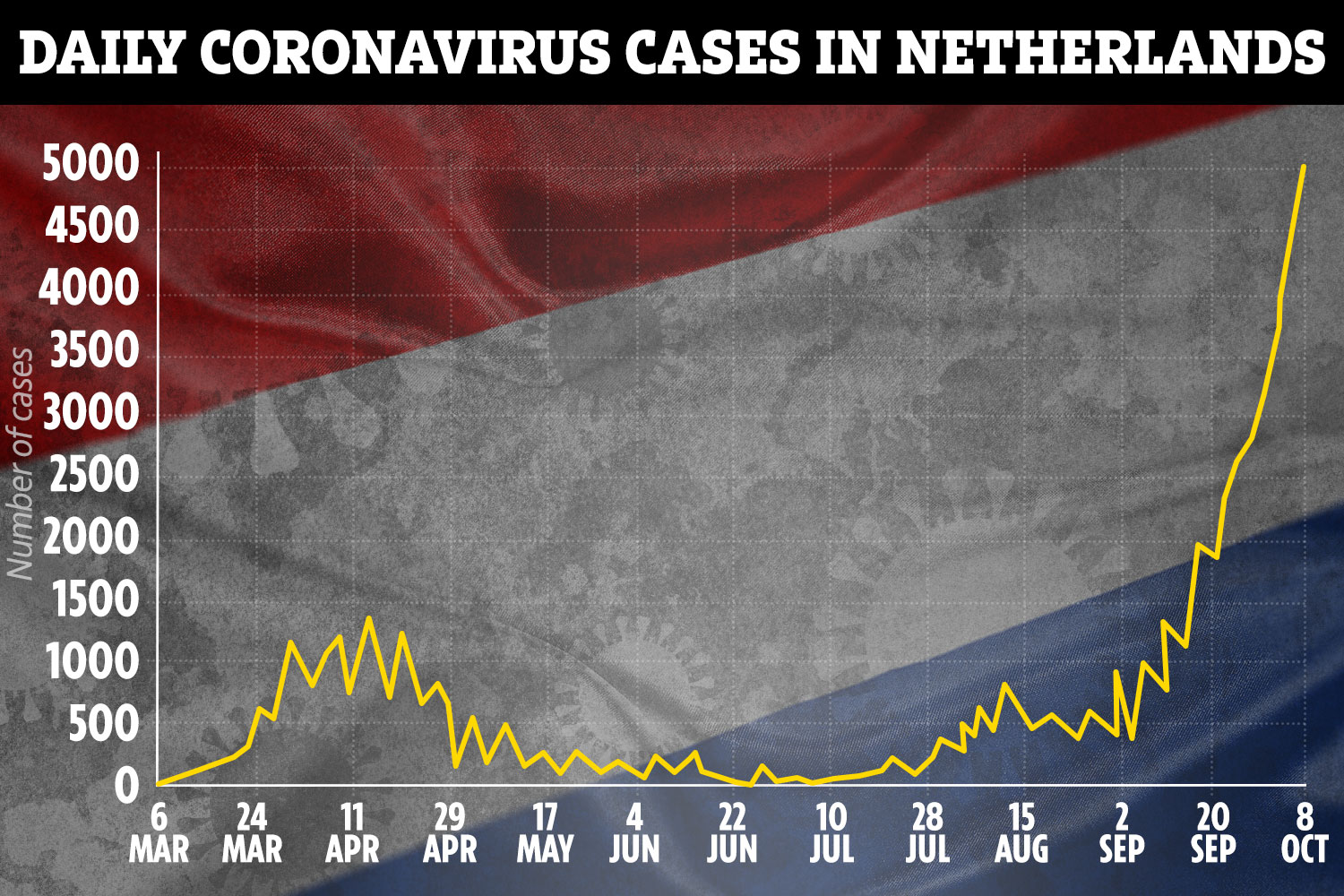 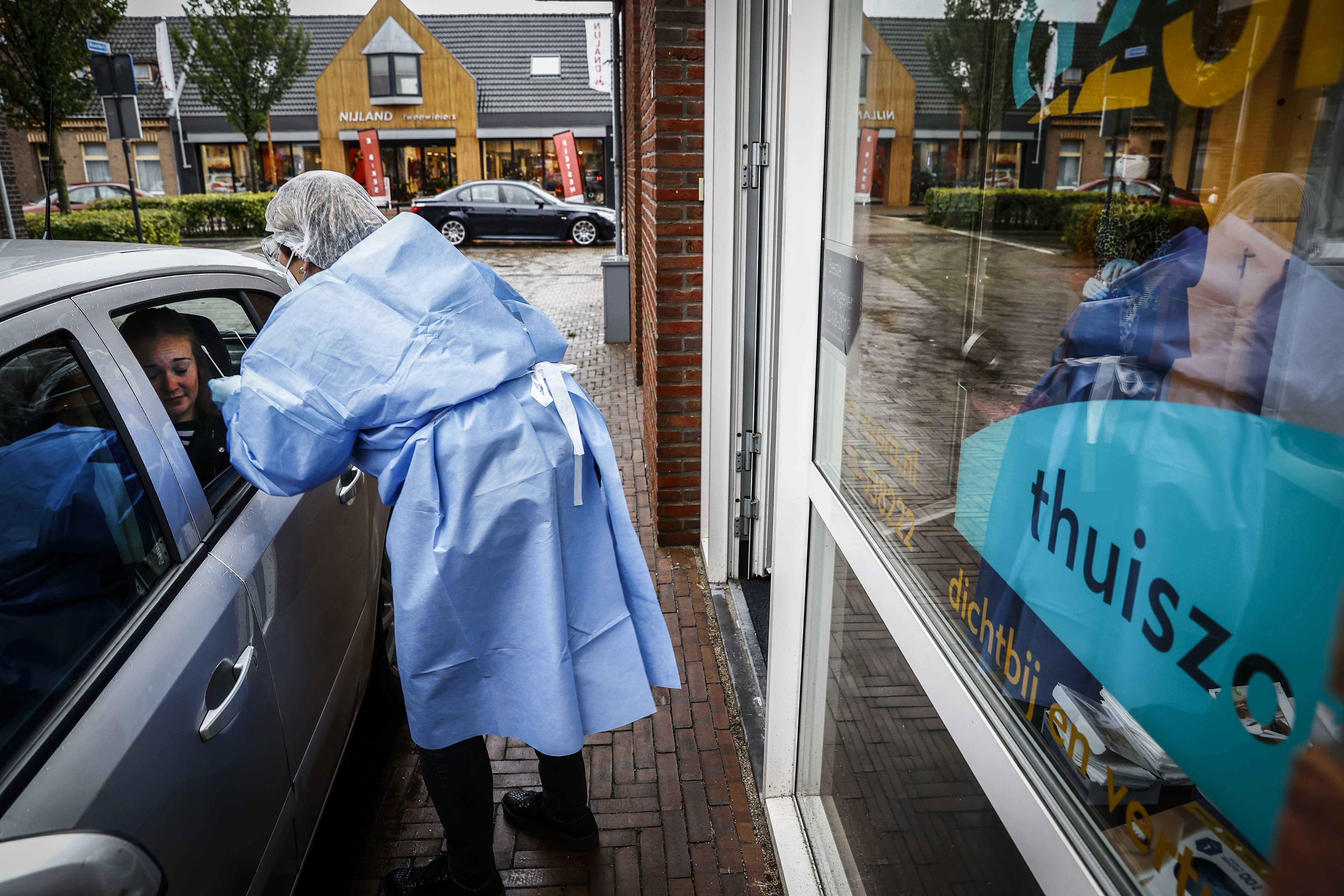 For the past month a surge in new cases has propelled the per capita infection rate into the top 10 in the world.

But Prime Minister Mark Rutte has repeatedly said he has no intention of forcing people to wear a mask and his top medical official claims they do not stop the spread anyway.

This is despite the World Health Organisation calling them one of the key tools to stop the virus.

Meanwhile the country’s coronavirus testing capacity has failed to meet the surging demand.

After the first wave of infections waned in May, the Netherlands worked to boost testing capacity, promising they would be available to all.

The strategy was to find hotspots fast, and isolate people quickly to stop contagion.

Laboratories said they had increased capacity by two-thirds to 51,000 tests per day.

Why would we need to force people? What kind of childish nation would that make us?

"There is a shortage of tests, while Germany has more than enough to even test people without symptoms."

The Netherlands' much bigger neighbour has also experienced a surge in infections, but has so far kept the weekly rise to around 20 per 100,000.

But Germany not only has a bigger testing capacity.

Face masks have been mandatory in German shops since the summer, whereas the Dutch government only decided only last week to advise their use in indoor public spaces.

Rutte has repeatedly said he has no intention of forcing people to wear a mask — while his top medical official has publicly repeated his assertion that their usefulness is unproven.

Despite a national poll in which two-thirds said their government should get tougher, Prime Minister Rutte, responded to a question about masks on television on Tuesday by saying: "Why would we need to force people?

"What kind of childish nation would that make us? We'll look at it if we have to, but I'd regret it."

He held out hope that the new guidance on masks and earlier closing hours for bars would prove their value.

"The numbers don't look good," he said, "but we can't see the effects of the new measures until at least this weekend." 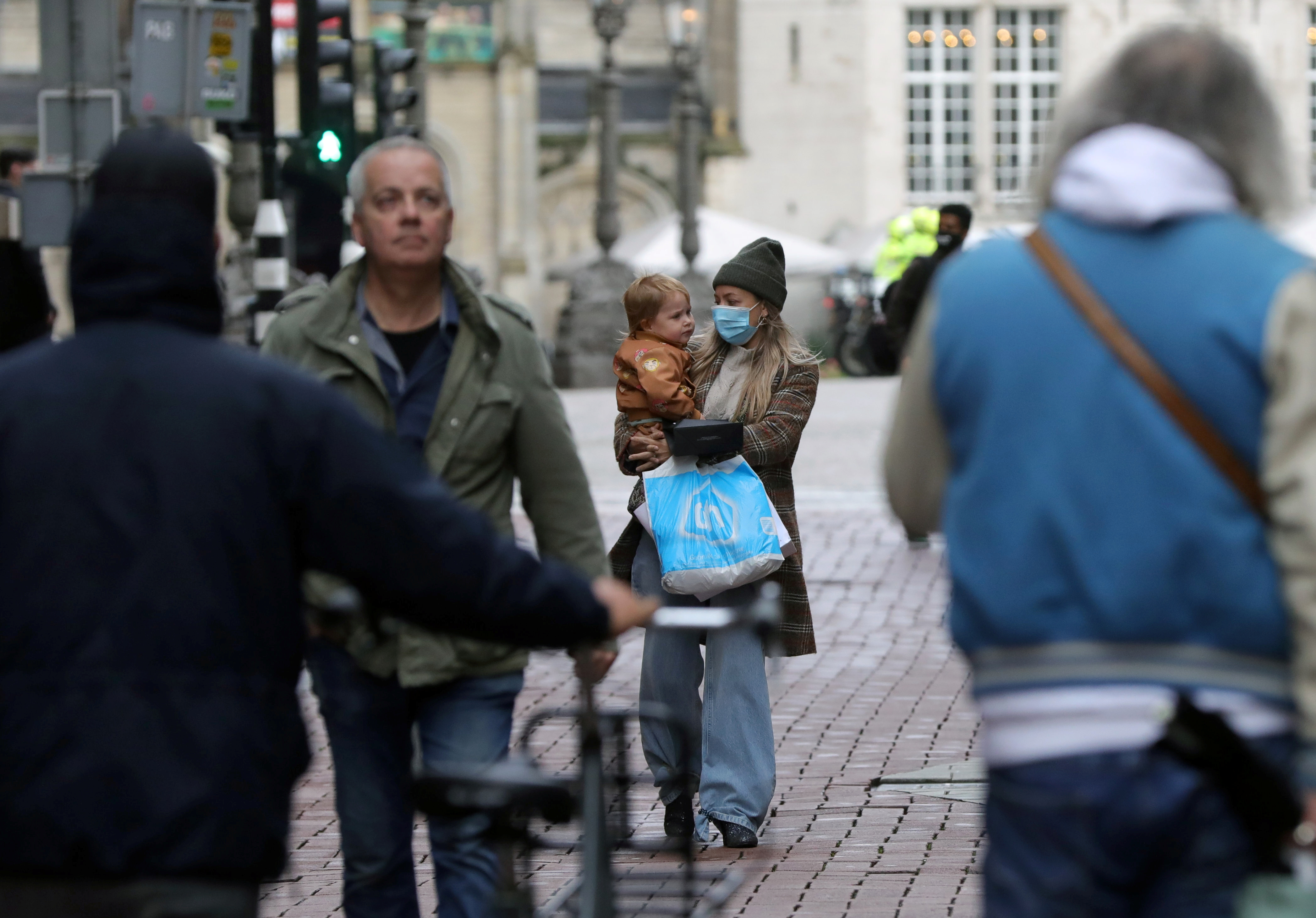 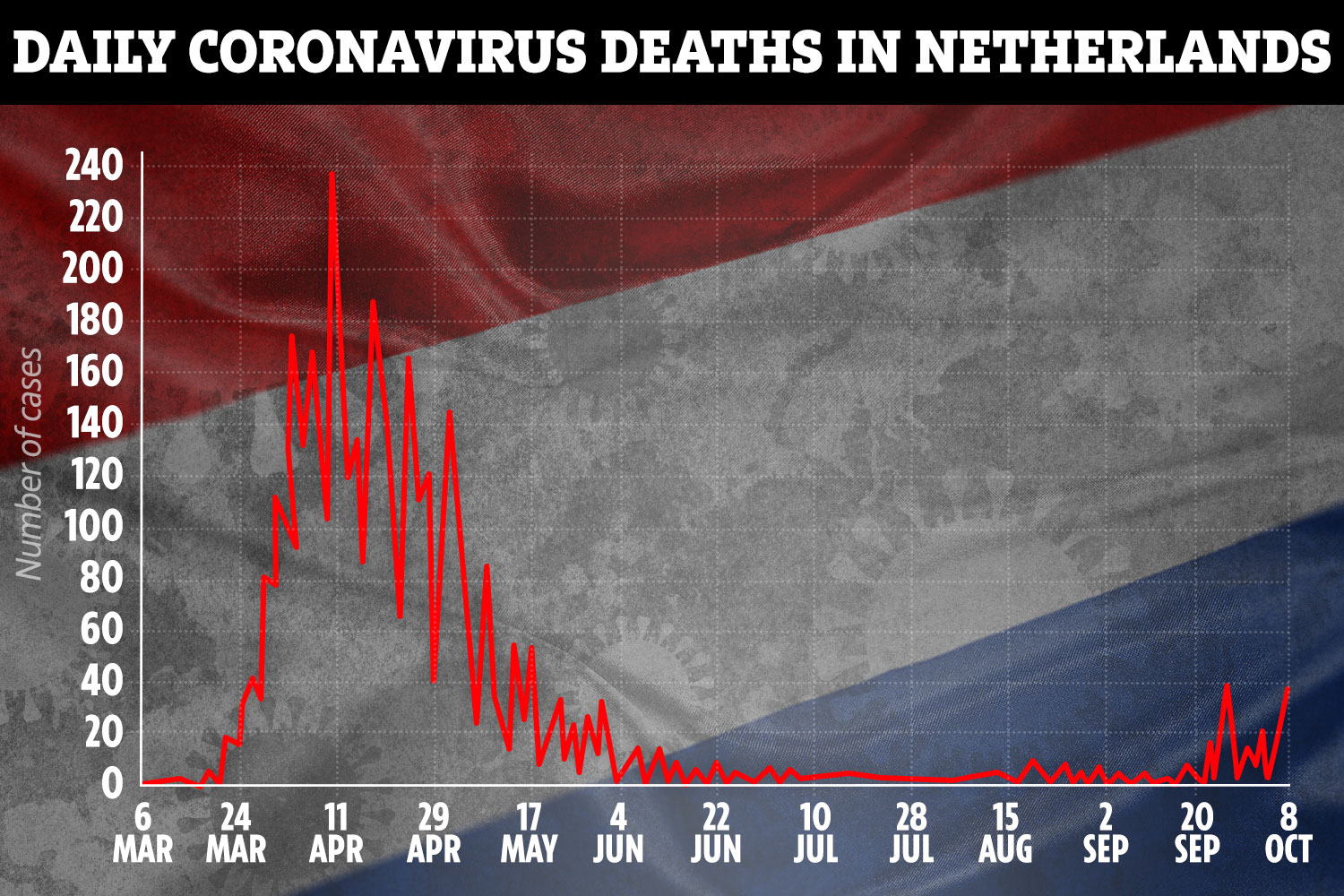 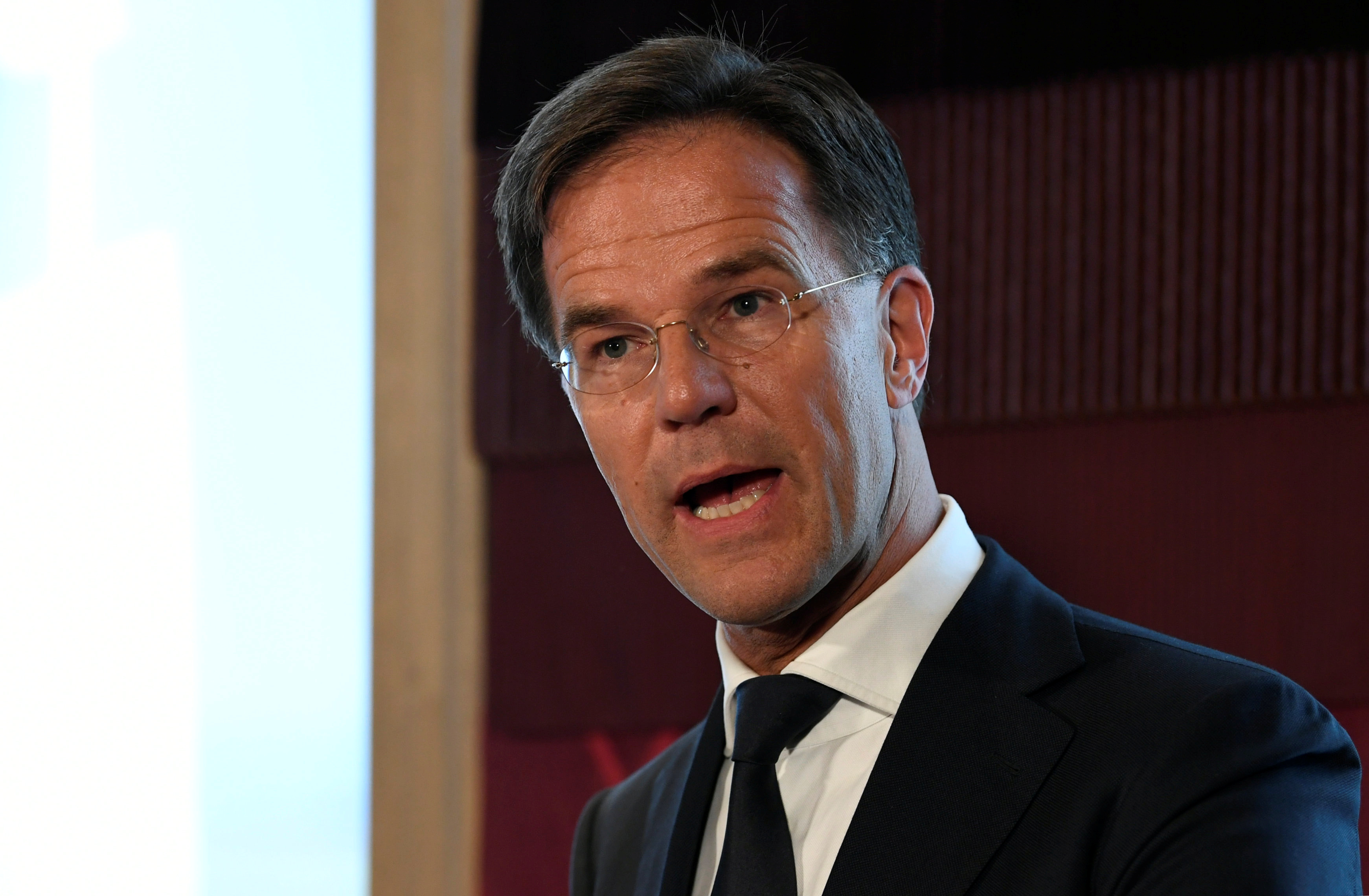 This designates countries reporting more than 20 cases per 100,000 residents on a seven-day average as being at high risk.

France’s capital Paris has this week moved into a state of "maximum alert" as the number of Covid-19 patients in emergency beds jumped to 40 per cent.

Along with Marseille, the "City of Light" has shut pubs and restaurants — with similar measures set to be imposed across the country.

The UK is also introducing tough measures to curb the spread, with Scotland closing pubs and restaurants in its central belt — and the North of England and parts of the Midlands facing the same measures next week.

Health minister Jens Spahn, has said: "The numbers are showing a worrying jump.

"Barely any other country in Europe has managed the crisis as well so far. But we must not gamble away what we've achieved."

But Spain appears to be bringing to heel its Covid-19 second wave without closing bars or imposing harsh local lockdowns like those being planned elsewhere in Europe.

The country saw a steep rise in coronavirus cases after it began reopening non-essential businesses in mid-May and had the highest infection rate in Europe throughout August and September.

Although still one of the worst hit country, the average trend has now started to drop. 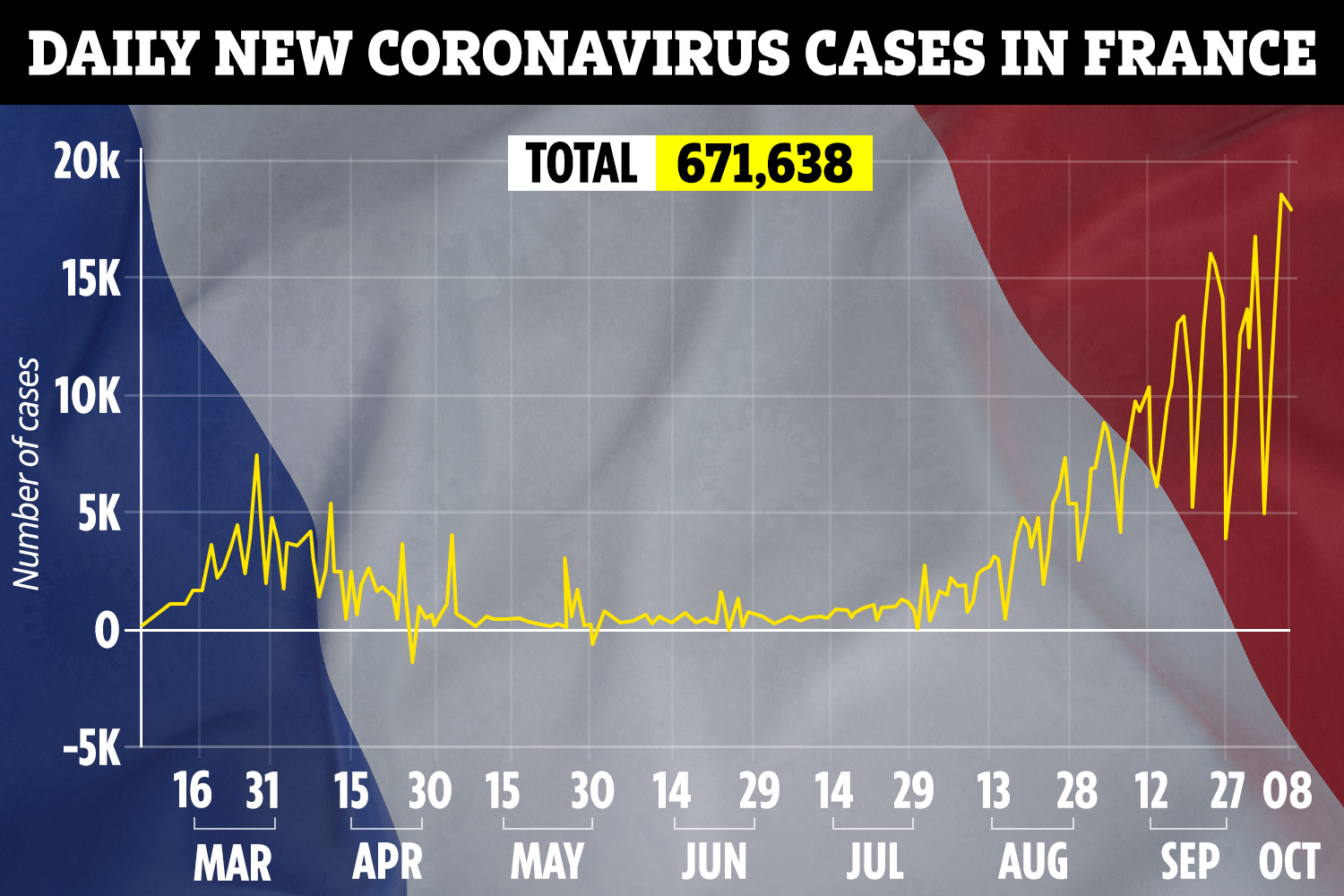 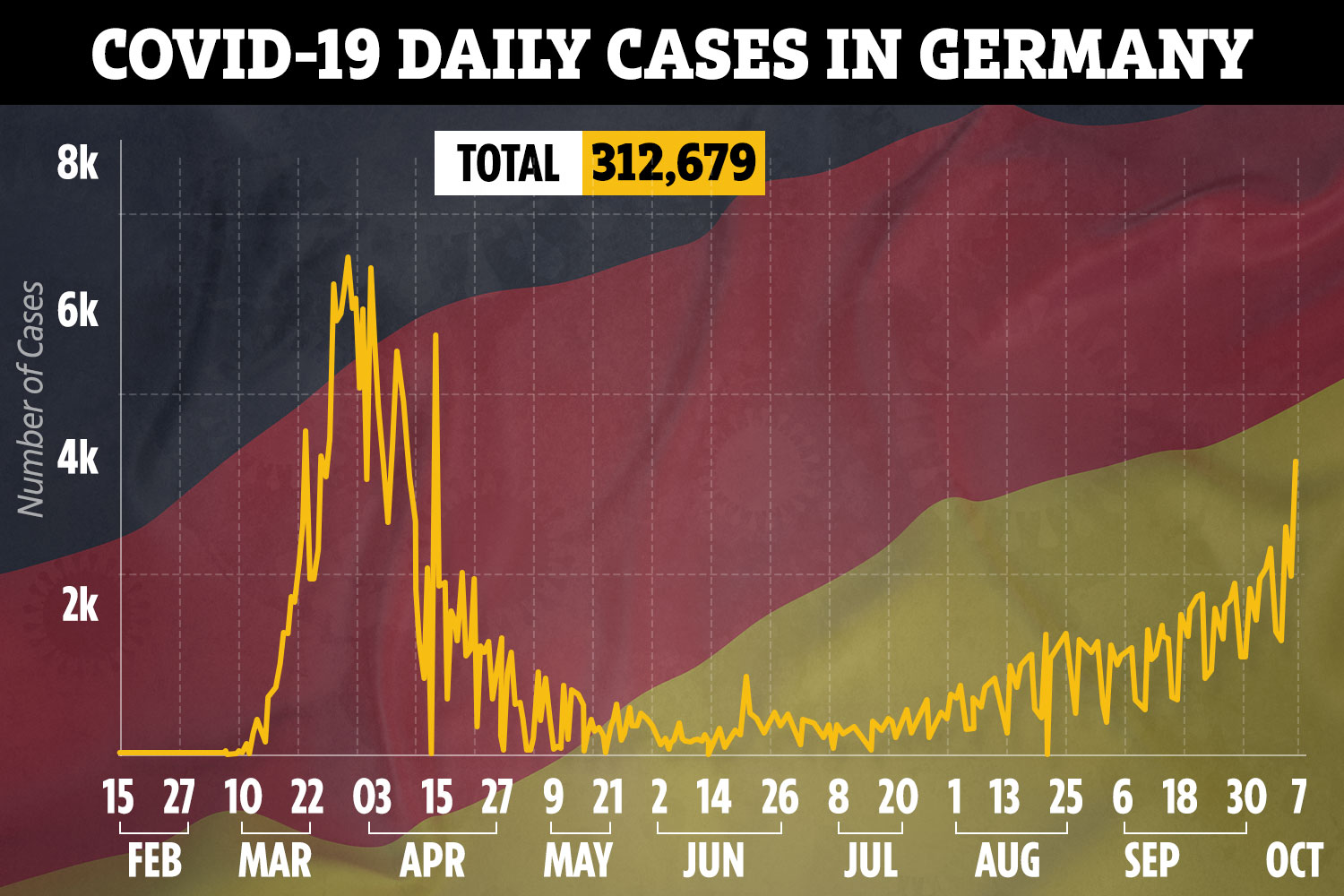 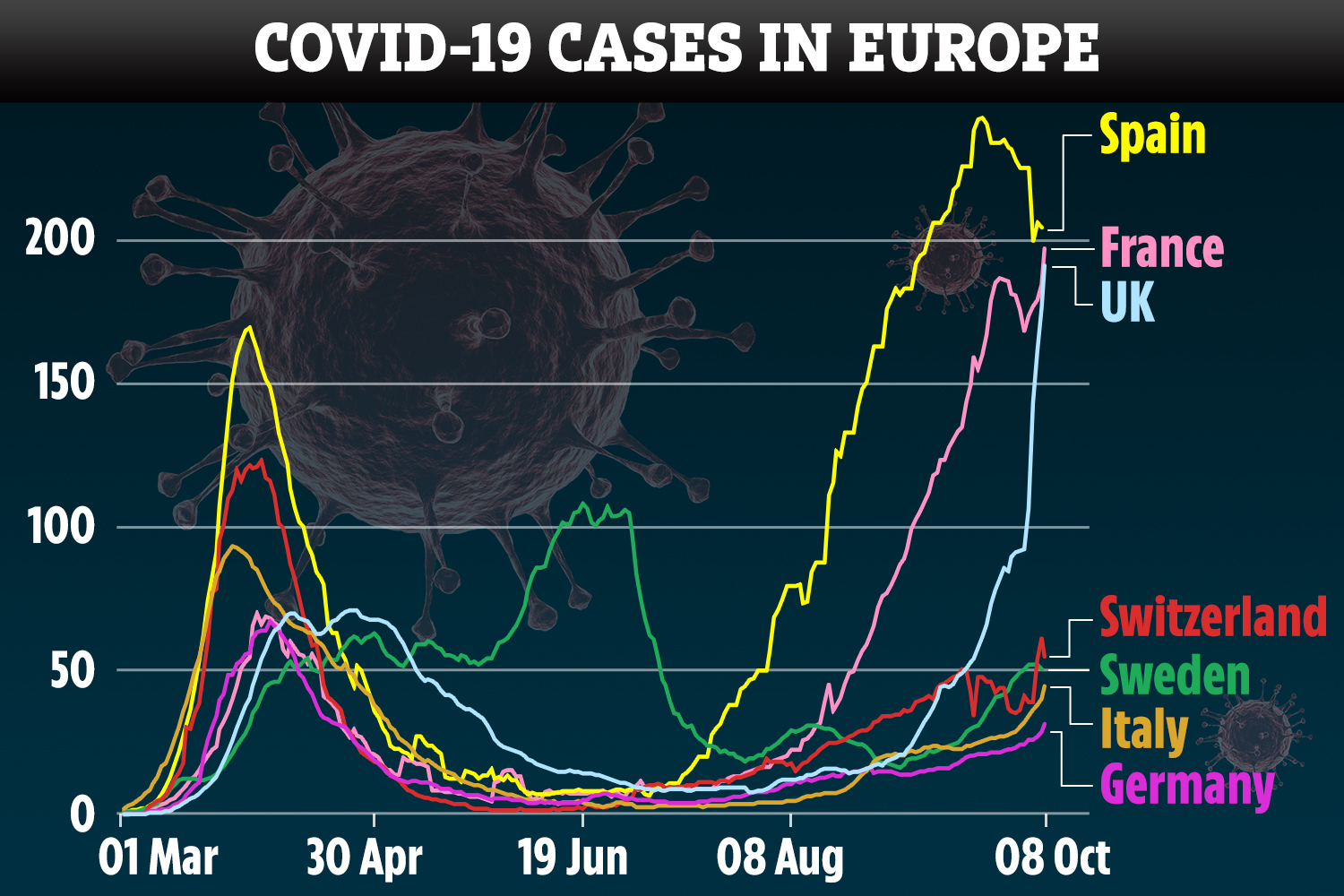