Home on Kensington mews set behind listed arches on sale for £3.95m

Live on London’s most Instagrammable street: Three-bed property on South Kensington mews with a wisteria backdrop and set behind Grade II-listed arches goes on the market for £3.95m

A three-bedroom mews property on one London’s most beautiful and ‘Instagrammable’ streets has gone on the market for £3.95 million.

With its wisteria backdrop and Grade II-listed arches providing the perfect frame for a photoshoot, Kynance Mews is a favourite among social media stars who are often seen posing on the cobbled street.

Situated in the leafy neighbourhood of South Kensington and with properties on the street seldom coming to market, this is an incredible rare opportunity to acquire a property in arguably one of the most coveted and Instagrammable addresses in the capital.

It only takes a search of Kynance Mews on Instagram to find thousands of photos of influencers posing under the ivy-festooned arch at the end of the Kensington cul-de-sac. 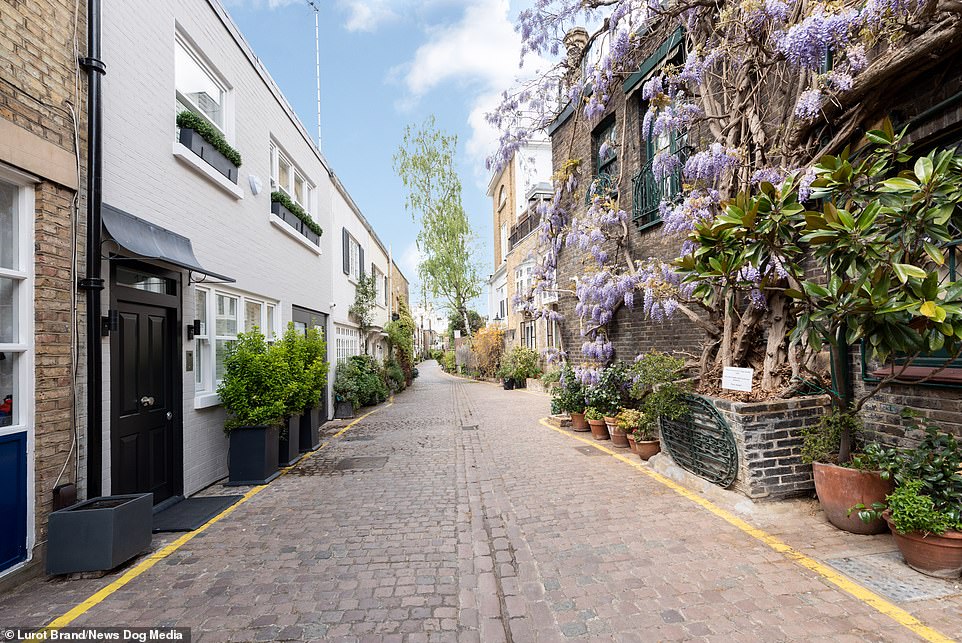 Pictured: A property on Kynance Mews, one London’s most ‘Insta-famous’ streets has gone on the market for £3.95 million 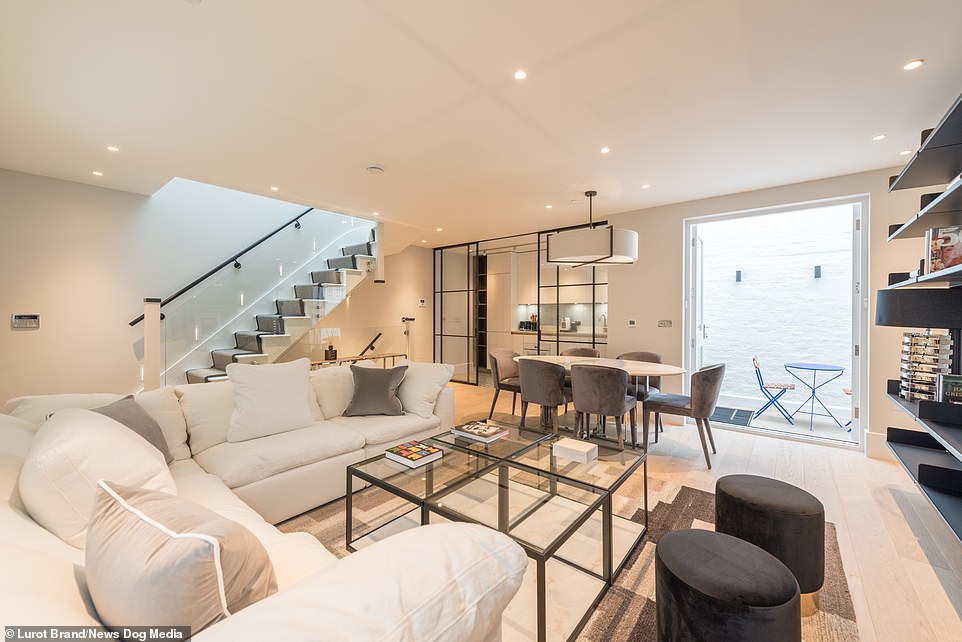 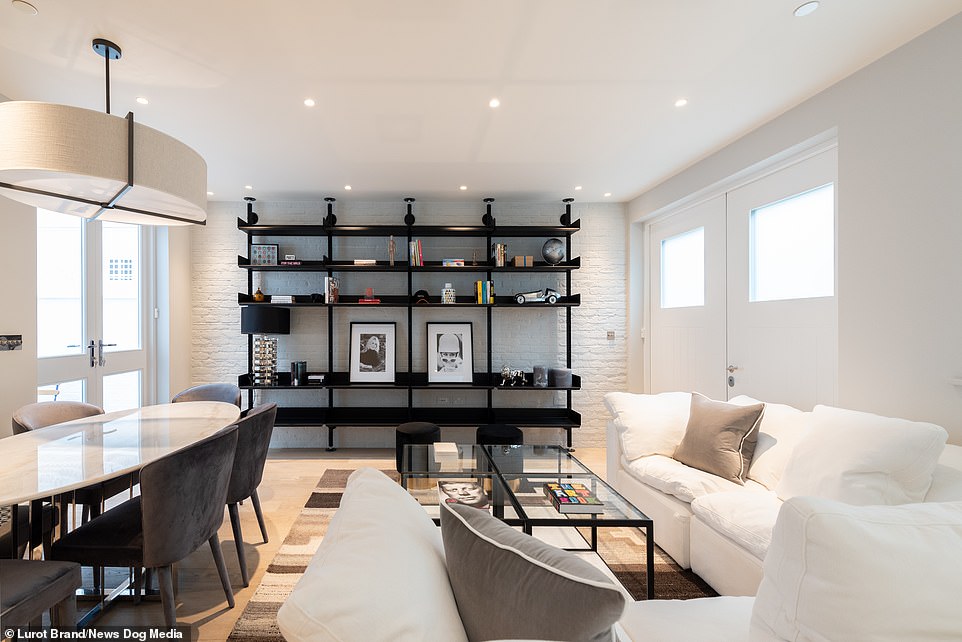 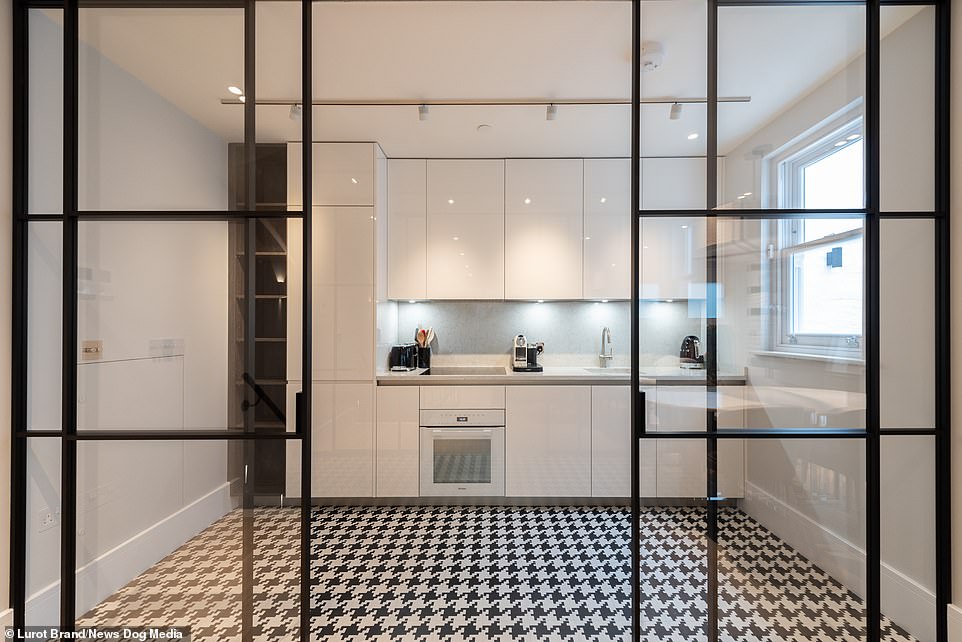 Pictured: The modern kitchen features Crittall sliding doors to make the most of the light in this mews style property 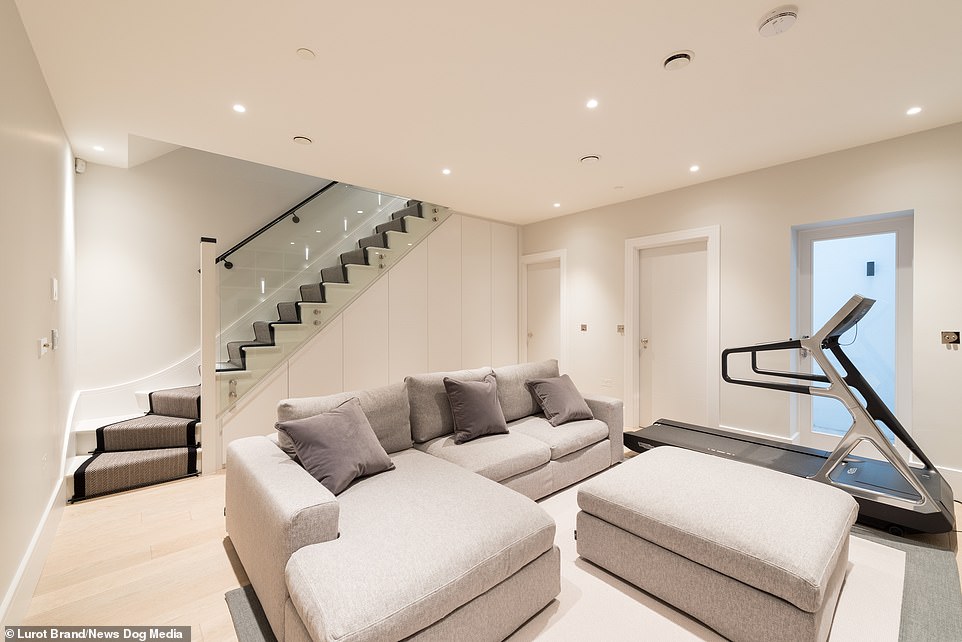 Pictured: On the basement level is another reception space which could be used as a third bedroom, media room or a gym 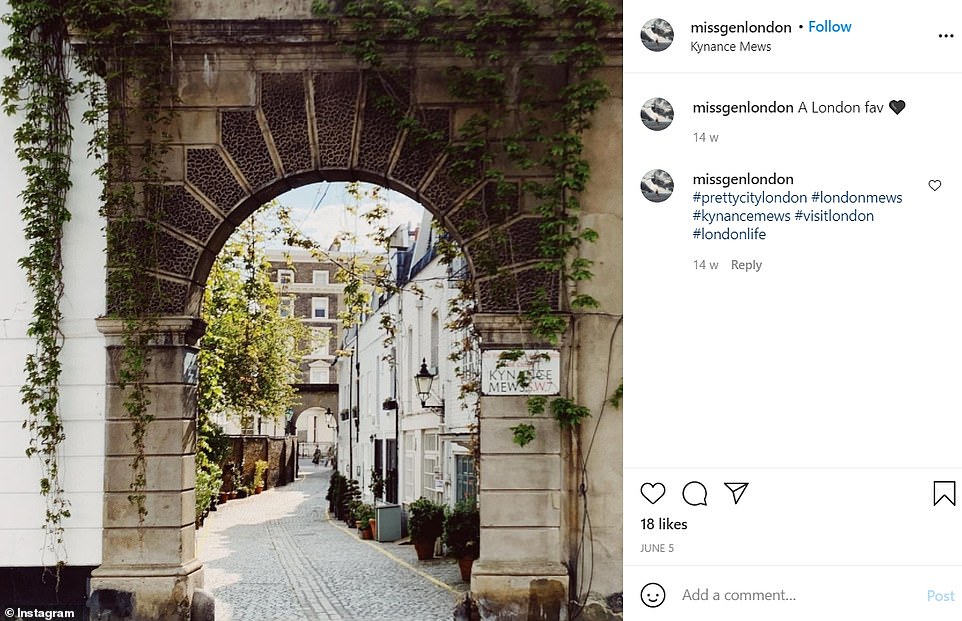 Kynance Mews, which dates back to the 17th century, has also been featured as a location in several major films including Damage starring Juliette Binoche and Jeremy Irons as well as Star! starring Julie Andrews.

It was known as Cornwall Mews until 1929 and was originally built as stabling for nearby Cornwall Gardens and has regularly featured on lists of the most Instagrammable streets in London.

Recently renovated and on the market with Lurot Brand, this particular property is larger than most on the street spanning over 1000 sqft.

On the ground floor, the home boasts a large reception room with a modern and bright kitchen and access to private patio.

The first floor features the master bedroom with en-suite bathroom as well as a second double bedroom and separate shower room. 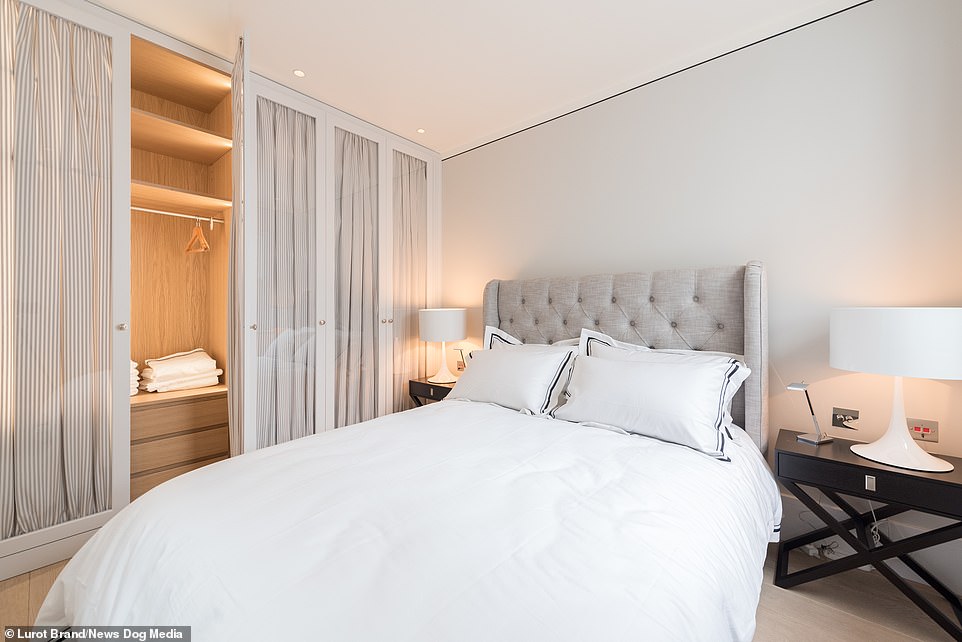 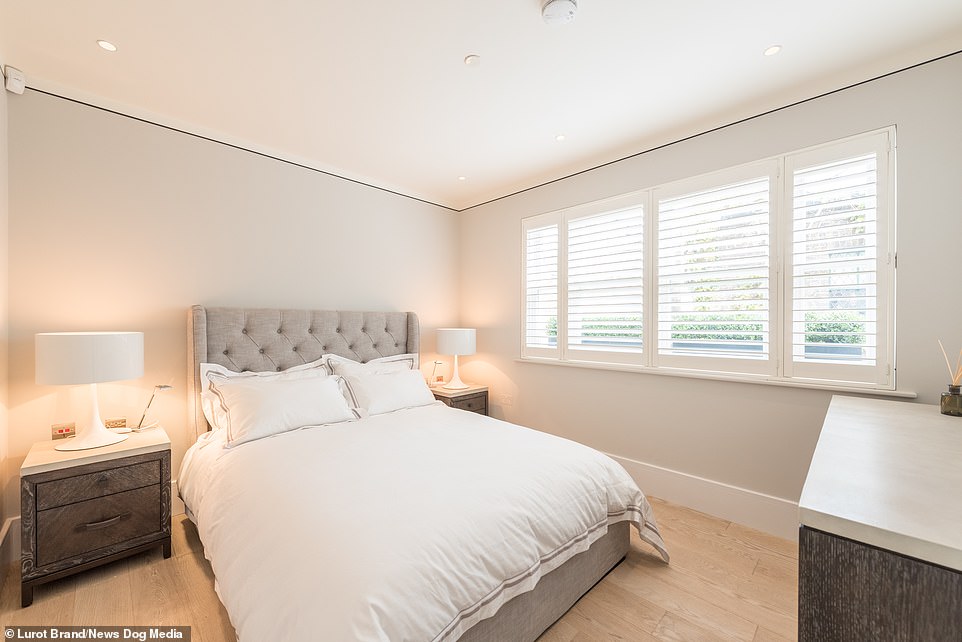 Spacious: On the first floor of the property there is also a second double bedroom as well as a separate shower room 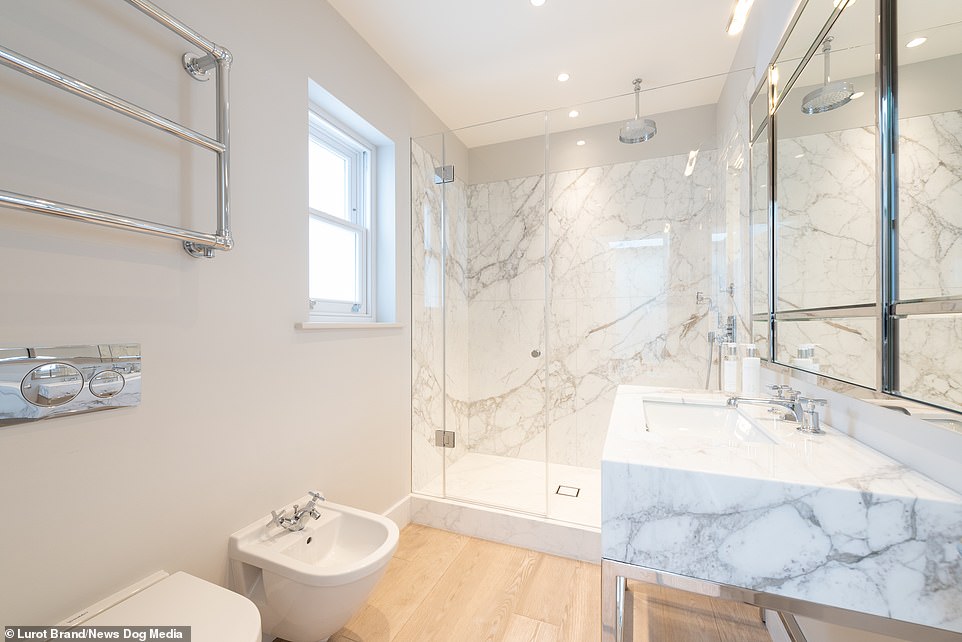 The property sits on one of the most ‘Instagrammable’ streets in London and sits over 1,000sqft. Pictured: the bathroom

From the ground floor, stairs lead down to the basement which is made up of a large reception space currently being used as a media room but could be used as a third bedroom.

There is also a shower room, utility room and built in storage on the home’s lower leve.

With its neutral tones, the property also presents a perfect opportunity for a new owner to create something special.

Kynance Mews offers fantastic proximity to both High Street Kensington and Gloucester Road stations, whilst being a mere stone’s throw from Hyde Park and a wealth of interesting shops, bars, cafes and restaurants.