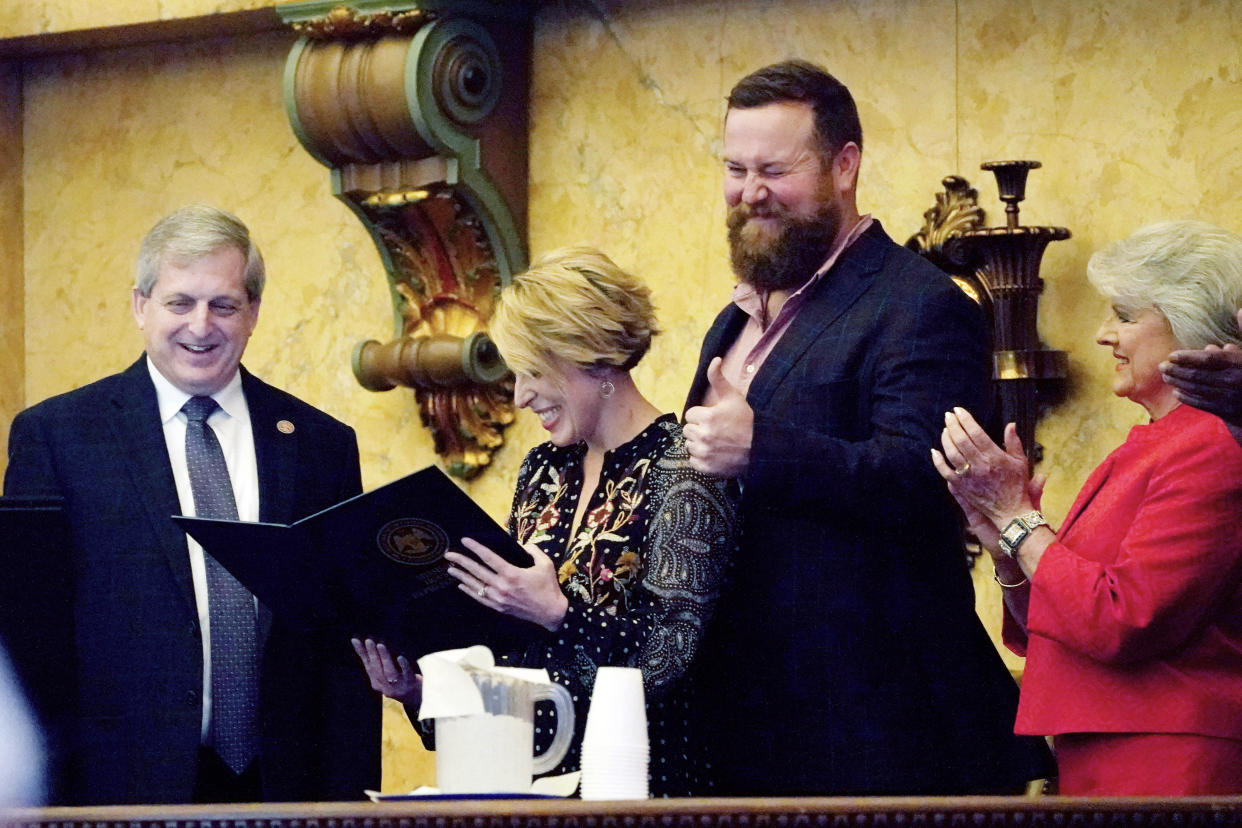 JACKSON, Miss. (AP) — The Mississippi House honored the stars of HGTV's “Home Town" at the state Capitol on Tuesday, and married couple Ben and Erin Napier used the visit to help lobby for a possible increase in a local tourism tax for their community.

The Napiers renovate homes in and around Laurel, Mississippi, on the show that's now in its sixth season. They joined others from their community at the Capitol.

Mayor Johnny Magee said Laurel— with a population of about 17,000 — has enjoyed a big boost in tourism since “Home Town” began airing in 2016.

The state House presented the Napiers with a resolution that commends them and their show for “promoting positive images of Mississippi nationwide.”

Laurel already has a 2-cent tax on restaurant meals and hotel stays, and Magee said the city collected about $2 million from it last year. Senate Bill 2155 would allow Laurel residents to vote on setting an additional 1-cent tax on hotels only.

Magee said the city wants to use some of the additional money to develop a welcome center that would include a museum highlighting Black history and culture. Other proceeds would be used to advertise Laurel.

“Of course, Ben and Erin are a great draw,” Magee said.

The couple chatted with lawmakers and posed for photos as they promoted the tourism tax.

The bill passed the Senate by a wide margin and moves to the House for more debate. It is one of several bills that would allow communities to vote on tourism taxes to support a variety of projects. Some cities use the money to develop fields for youth baseball or soccer tournaments.