The ban will be implemented in steps, with all domestic sales prohibited from 2021 onwards, officials say. 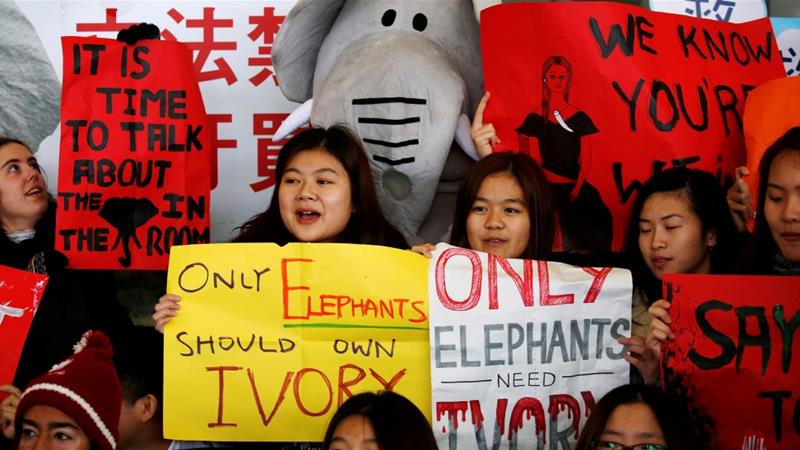 Hong Kong politicians decided on Wednesday to ban the sale of ivory, a move that is seen as an important step to protect elephants.

The ban will be implemented in steps, with all sales prohibited from 2021 onwards.

“However, to ensure these legislative bans are not undermined, it’ll be critical for China and Hong Kong to boost enforcement and awareness efforts as well as tackle the rife black market,” she added.

The decision comes after a similar ban on domestic sales went into effect in China on 1 January 2018.

International ivory sales were banned from 1989 onwards, when the Convention on International Trade in Endangered Species of Wild Fauna and Flora (CITES) took effect.

The country has been one of the world’s biggest markets for African ivory. Pressure by the international community and NGOs eventually lead to the country voting for a full ban on the sales of ivory.

Now that both China and Hong Kong have banned the sale, there is still the risk of affluent Chinese going abroad to buy ivory from other parts of Asia – in countries like Laos and Vietnam, where laws are less strict.

“Once the trade becomes illegal in one place, it pops up somewhere, but it’s always in smaller quantities,” Peter Knights, chief executive officer of WildAid, a group working towards completely rooting out illegal wildlife trade, told Al Jazeera early January.

Jan Vertefeuille, senior director for advocacy for WWF, said now that the three of the world’s largest ivory markets – US, China and Hong Kong – have committed to ending ivory sales, other countries should follow.

“Other governments must urgently follow suit and ensure ivory traffickers have nowhere left to sell their ill-gotten wares.”