Hong Kong’s embattled leader has used a colonial-era emergency law to ban protesters from wearing face masks after four months of anti-government demonstrations that have, at times, turned violent and put the city on edge.

Chief executive Carrie Lam announced Friday that she has decided to invoke the Emergency Regulations Ordinance, which dates back to 1922 when Hong Kong was under British colonial rule and gives the city’s leader sweeping powers. Lam said she will use the emergency powers for the first time to implement a regulation barring people from covering their faces during public gatherings.

The ban will come into force at midnight local time.

“We believe the new law will create a deterrent effect against masked protesters and rioters,” Lam said at a press conference Friday. “We are now in a rather extensive and serious public danger. It is essential for us to stop violence and restore calm to society as soon as possible.” 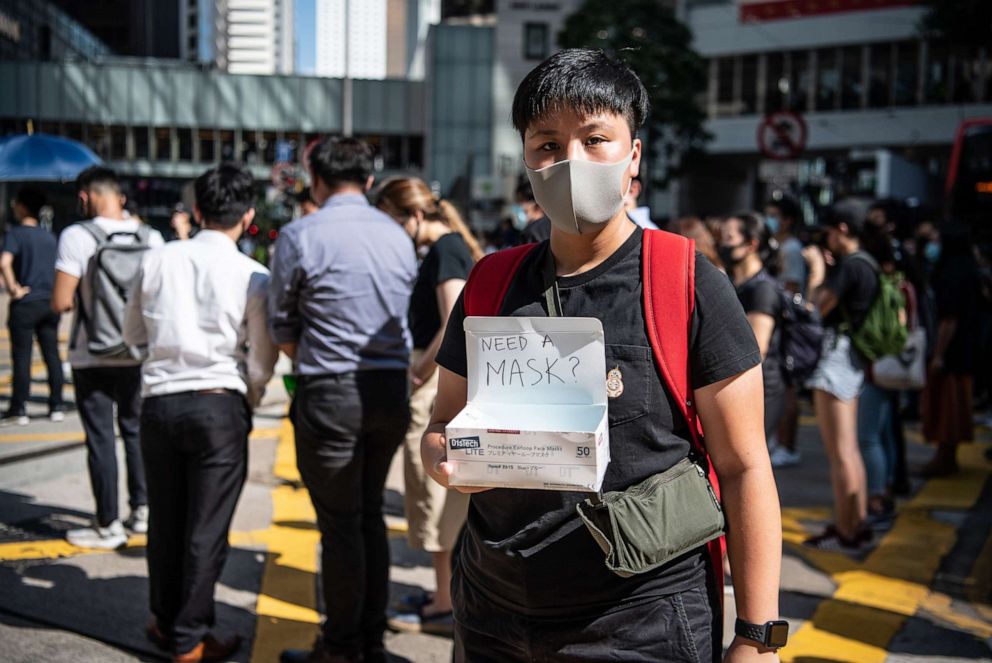 Lam said the escalation in violence during the protests “has reached a very alarming level in the past few days, causing numerous injuries and leading Hong Kong to a chaotic and panic situation.”

“We are particularly concerned that many students are participating in these violent protests or even riots, jeopardizing their safety and even their future,” she added. “As a responsible government, we have the duty to use all available means in order to stop the escalating violence and restore calmness in society.”

The anti-mask law targets “rioters or those who resort to violence,” Lam said, and it contains exemptions for those who have legitimate needs or reasons to cover their face, such as for health, religious or professional reasons.

Lam also noted that the ban is “subsidiary legislation,” and thus it will be debated by Hong Kong’s Legislative Council when they resume meetings later this month. 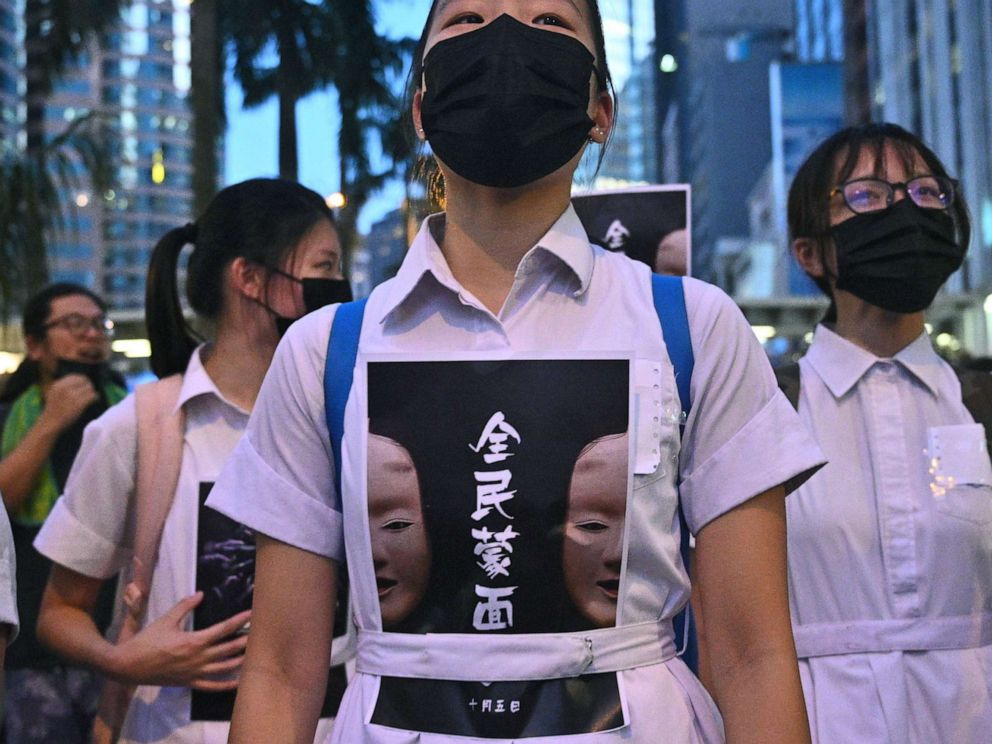 The announcement has outraged many protesters who are vowing to defy the new law with a full-mask march when it takes effect Saturday. Thousands of masked demonstrators took to the streets even before Lam spoke at the press conference.

Face masks have been a distinct feature of the protesters in Hong Kong, a semi-autonomous Chinese territory. The movement began in early June when hundreds of thousands of mostly young people marched against a proposed extradition bill that would have allowed suspected criminals in Hong Kong to be sent to mainland China for trial.

Lam has since withdrawn the controversial bill, but widespread unrest has continued as demonstrators broaden their demands to include a call for direct elections for the city’s leaders, amnesty for protesters and an independent investigation into alleged police brutality.