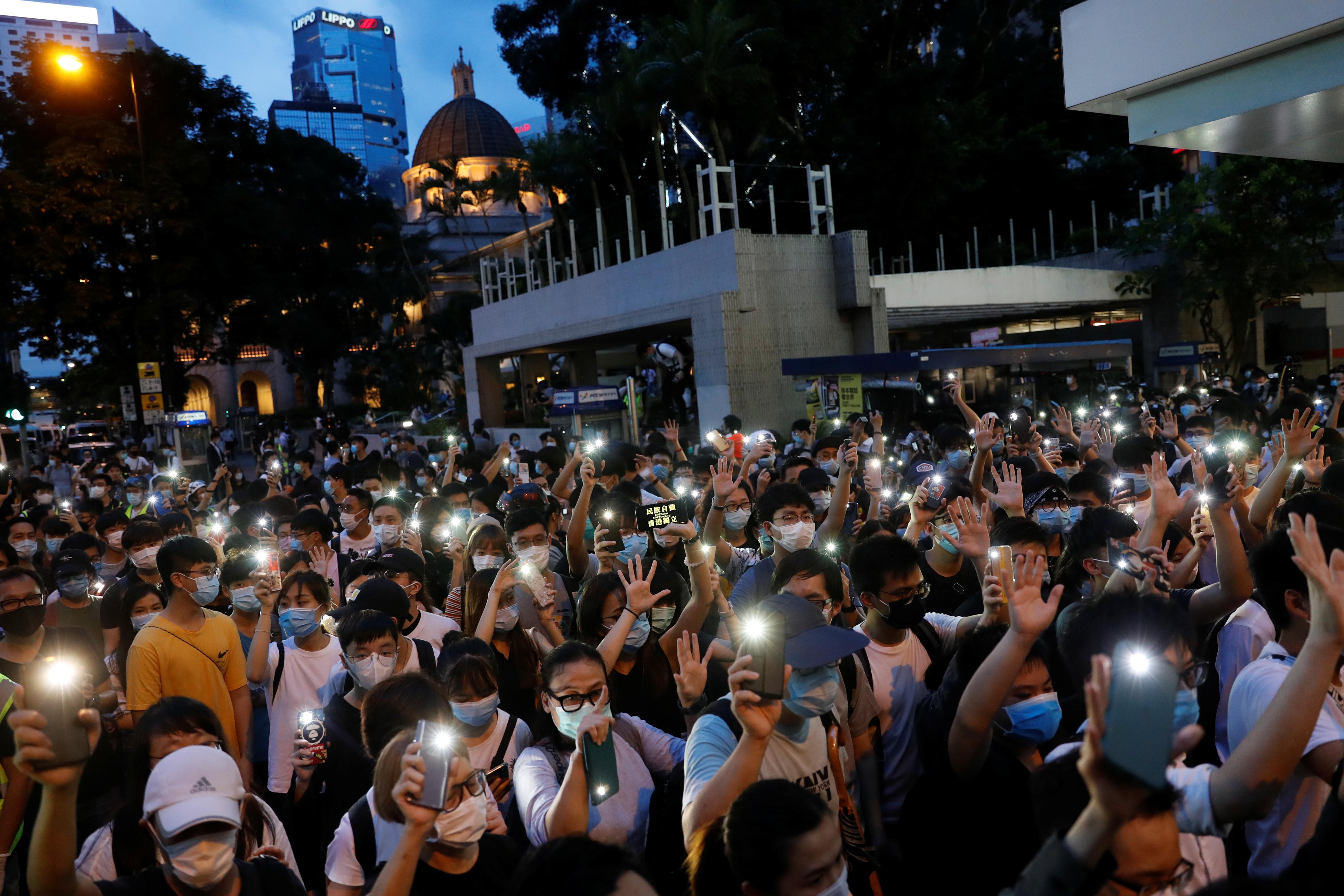 HONG KONG (Reuters) – Hong Kong police arrested 53 people during protests on Tuesday evening that saw hundreds of activists take to the streets, at times blocking roads in the heart of the global financial hub, before police fired pepper spray to disperse crowds.

The protests, called to mark a year of sometimes violent pro-democracy rallies in the former British colony, also came amid heightened tensions due to a proposed national security bill backed by the central government in Beijing.

Police said on Wednesday that 36 males and 17 females were arrested for offences including unlawful assembly and participating in unauthorised assembly. Protesters had defied a ban on gatherings of more than eight people introduced by the Hong Kong government to prevent the spread of the coronavirus.

More protests are planned in coming days, with pro-democracy supporters fearing the proposed national security legislation will dramatically stifle freedoms in the city.

While details of the security law or how it will operate have yet to be revealed, authorities in Beijing and Hong Kong have said there is no cause for concern and the legislation will target a minority of “troublemakers.”

Hong Kong Security Secretary John Lee told the South China Morning Post in an interview published on Wednesday that local police were setting up a dedicated unit to enforce the law and it would have intelligence gathering, investigation and training capabilities.

Companies including HSBC and Standard Chartered have backed the security law without knowing the details of it, drawing criticism from some investors and U.S. and British officials.

U.S. Secretary of State Mike Pompeo singled out HSBC on Tuesday, saying such “corporate kowtows” got little in return from Beijing and criticising the Chinese Communist Party’s “coercive bullying tactics.”

Hong Kong’s year of pro-democracy protests was sparked by a government bill that would have allowed people to be extradited to mainland China, where courts are controlled by the Communist Party, for trial. Hong Kong leader Carrie Lam withdrew that bill as the rolling protests gathered pace.