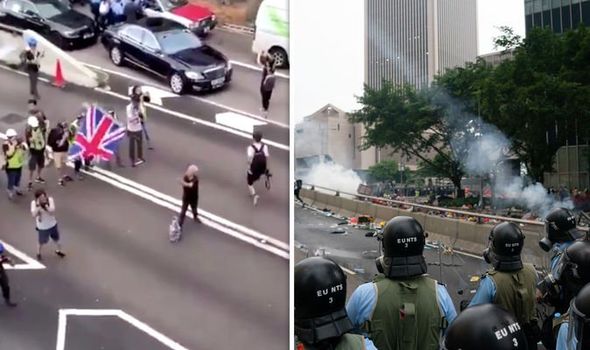 Footage has emerged of an elderly woman standing in the road proudly waving the flag, of Hong Kong’s former colonial overlord, in front of dozens of Chinese policeman. Activists can be heard cheering her on in the background. Residents have been protesting against an extradition bill that would allow people to be sent to mainland China for trial.

The video comes after violent broke out at the protest as thousands descend on to the streets.

Rubber bullets and tear gas have reportedly been used against demonstrators.

Ambulances have been spotted rushing towards the protest area as chaos and panic spread through the crowds and demonstrators fled the stinging tear gas.

Hong Kong police chief Stephen Lo said the protestors “must stop the violence” and warned residents to stay away from a “riot situation”. He confirmed police were using plastic bullets. 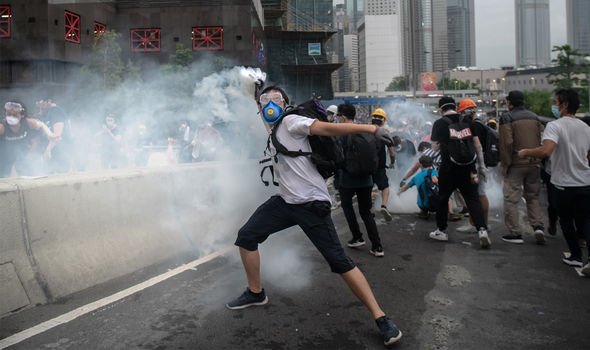 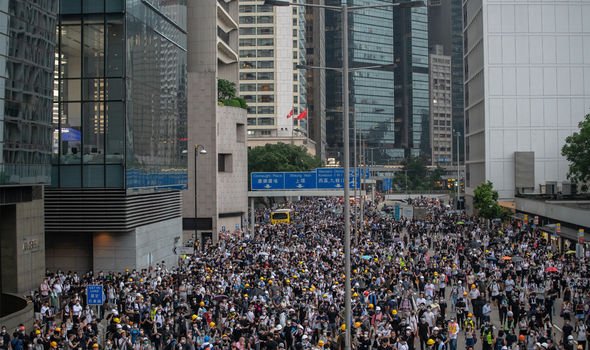 The violence is some of the worst in Hong Kong since Britain handed it back to Chinese rule in 1997.

The Hong Kong Hospital Authority said 72 people had been hospitalised by 10pm on Wednesday.

The English-language China Daily said the new amendments were in line with international conventions but “the opposition camp and its foreign masters seem willing to oppose it for their own purposes at the expense of the city’s rule of law, public safety and justice.”

“It is lawlessness that will hurt Hong Kong, not the proposed amendments to its fugitive law,” it said. 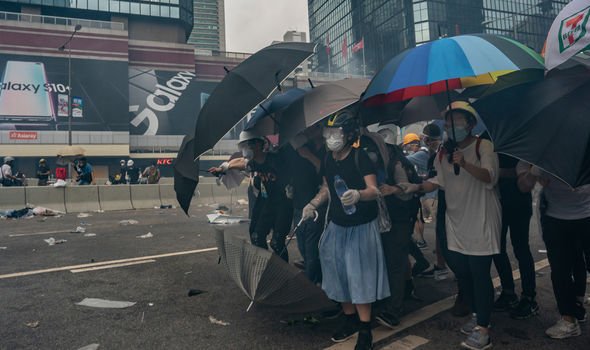 The state-owned tabloid The Global Times blamed “radical opposition forces” and “the Western forces behind them” for hyping up and politicising the amendments.

It said: “Playing with uncontrolled street politics is to push Hong Kong to backwardness and disturbance.

“This is not a wise direction for Hong Kong.”

Hong Kong has been rocked by three nights of violence since a protest on Sunday drew what organisers said was more than a million people. Vanessa Guillen killer’s girlfriend ‘helped dismember and bury body, then dig it up, cover with cement and re-bury it’ – The Sun Lamar Odom Gets Tattoo of Fiancee Sabrina Parr's Lips on His Neck: 'Wifey' Bonnie Pointer’s cause of death revealed as ‘cardiac arrest’ HOLY S**T! Daredevil Paraglider Flies With A Couch & TV — You Have To See This To Believe It!
We and our partners use cookies on this site to improve our service, perform analytics, personalize advertising, measure advertising performance, and remember website preferences.Ok