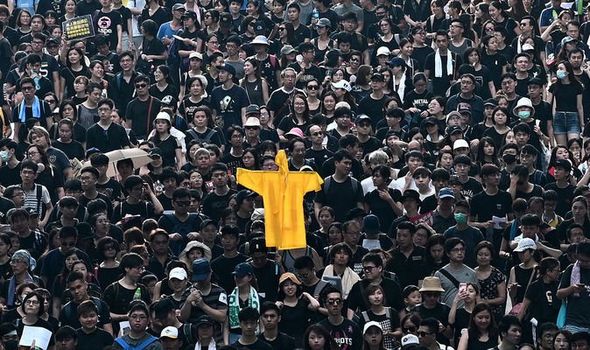 Protests concern an extradition law with mainland China, which many fear would leave Hong Kongers and visitors liable to political prosecution by Beijing and undermine the city’s autonomy. One 35-year-old protester who has only been named by his surname Leung jumped from the scaffolding of a mall in Central after talking to police for hours and missing the inflatable mattress on the streets below. Near him was a banner which read: “Make love no shoot! No extradition to China!”

He wore a yellow raincoat when he died and protestors have laid flowers to remember him.

But other protestors have taken their own lives in a final act of desperation.

A female surnamed Lo, 21, who fell to her death on Saturday called for the extradition bill to be withdrawn, demonstrations not be labelled as riots, the resignation of Chief Executive Hong Kong and the Hong Kong Police Force punished for excessive force against protestors.

Ms Low wrote: “I hope to exchange my life for the fulfilment of two million people’s wishes.” 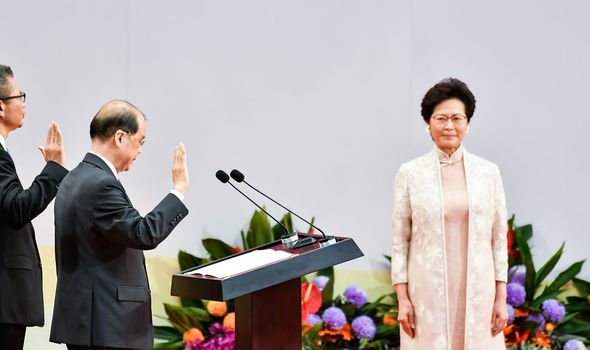 Another 29-year-old protester named Wu took her life 24 hours later after writing on social media: “I wish I could see you all achieve victory in the end. I am sorry I can’t attend the march tomorrow on 1 July because I have given up completely. I feel that there is no tomorrow, I am tired.”

An email sent to students from Student Affairs at Hong Kong Baptist University said: “We are very concerned about your well-being at this critical period” and told students they could contact the counselling team and a 24/7 community support line for help.

Paul Yip Siu-fai, director of the suicide research and prevention centre at the University of Hong Kong told The Daily Telegraph: “There is a frustration and anger among our young people,” they feel “nothing has changed, so some of them, they do resort to these extreme measures.”

Mr Yip added: “At the same time we have to understand them, their concerns, why they are doing this.” 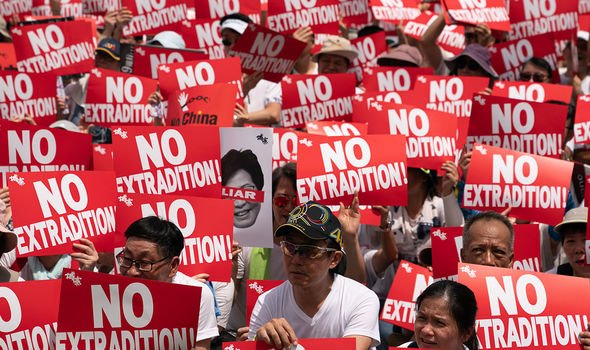 In 2015, five members of staff from Causeway Bay Books in Hong Kong Island went missing and were found to have taken to Guangdong Province in China which raised severe questions about Hong Kong’s legal independence.

The bookstore had several books banned in the Mainland on sale.

Many of Hong Kong’s residents are descendants of political refugees who escaped Communist China to British Hong Kong during the colonial era.

While Hong Kong was never governed under a completely democratic structure, the final governor Chris Patten made moves to move toward a democratic legislature and the city has long enjoyed more freedoms than mainland China. 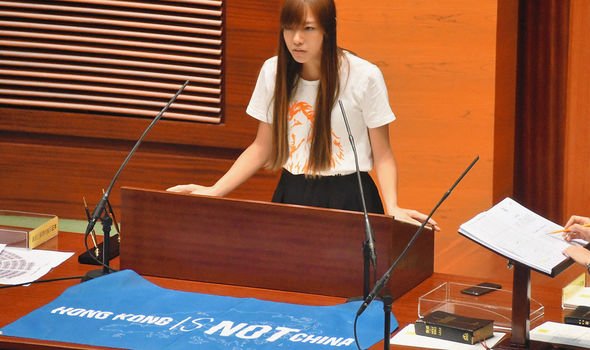 However, despite China agreeing to maintain democracy until at least July 1 2047 under the terms of the Joint Sino-British declaration, the Chief Executive is chosen by a 1,200-member committee widely considered to be pro-Beijing.

Only half of the Legislative Council is directly elected and in 2016, six elected pro-democracy and localist LegCo members were disqualified and removed from their seat after oath taking controversies.

One of the members, Regine Yau of Youngspiration representing Kowloon West, had referred to the “People’s Republic of China” as the “people’s re-f***ing of Jee-na” (a term used by the Imperial Japanese Army considered derogative).

For confidential support call the Samaritans in the UK on 116 123 or visit a local Samaritans branch.