Hong Kong: The people forced to live in homes the size of a coffin

At first glance, the room looks like a collection of MDF cupboards, stacked from floor to ceiling.

These are the places known as coffin homes in Hong Kong – and there are 15 of them in a room which takes a mere couple of strides to cover.

They are tiny, cramped, windowless boxes where Hong Kong’s most poor and desperate end up living.

And here, in the most expensive city in the world; in one of the world’s top financial hubs, there are an estimated 200,000 people existing in conditions like this, below the poverty line. 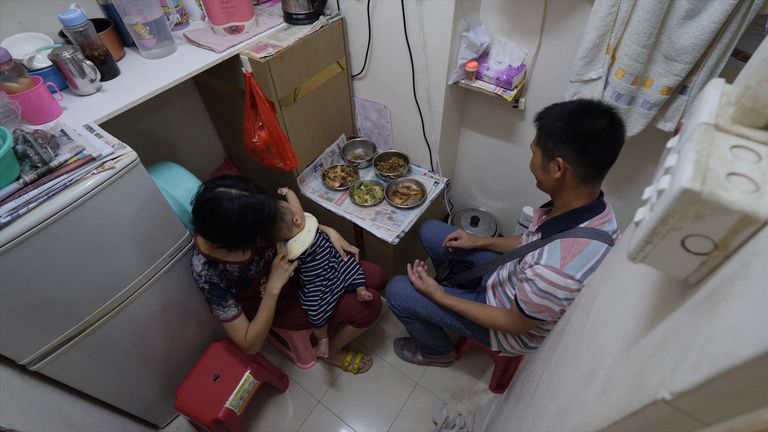 Statistically, an actual average-sized casket is bigger – by several inches. In many parts of the privileged Western world, these wouldn’t be considered suitable for animals to live in.

Sky News visited one of the high-rise blocks and found the coffin-home people are ashamed of their conditions and circumstances. But they’re proud too and shirk sympathy and, understandably, shun outsiders.

The landlords, who are often illegally exploiting their vulnerable customers, aren’t too keen on foreigners investigating either. Cramming human beings into as confined a space as possible, in high-rise apartments, presents a range of health and safety dangers, not least fire and disease.

But with the help of social workers, Sky News managed to gain the trust of some of the residents who agreed to talk to us and let us film their pitiful conditions.

It’s staggering that this is the city considered the most expensive in the world for those looking to buy a new home. 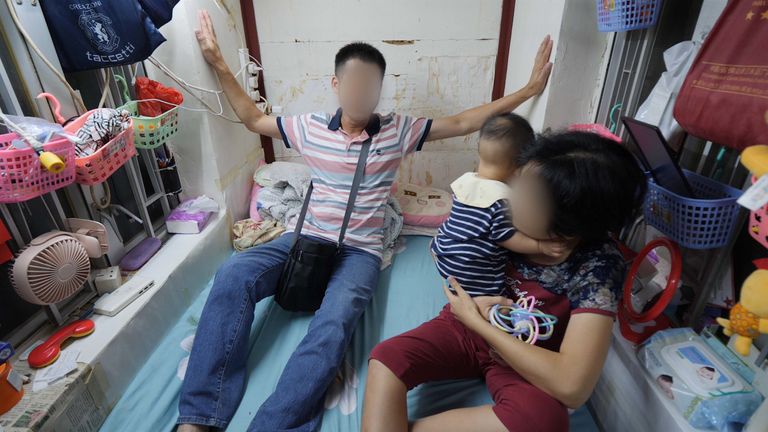 According to one report, the average price of a home in Hong Kong this year was more than $1.2m.

It’s also one of the most unequal societies in the world – meaning affordable housing is plain out of reach for a lot of Hong Kongers.

The former British territory has been gripped by violence for months now with hundreds of thousands taking to the streets demanding more democratic rights and universal suffrage.

The protests have led to widespread vandalism as well as claims of police brutality. There’s also a lot of anger and resentment towards Chinese businesses and outfits with connections to Beijing.

There are widespread beliefs that many of the subsidised housing has been set aside for people coming over to Hong Kong from the mainland and this further fuels the bitterness felt by many towards China. 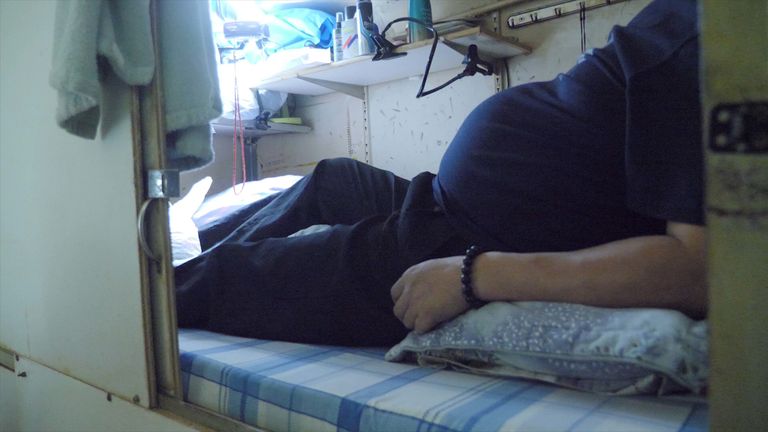 The city’s authorities have tried to blame the pro-democracy unrest on social problems and the housing crisis – rather than focus on the issue of more votes and more freedoms.

But democracy is viewed very differently when you spend every waking hour wondering how you’re going to eat.

Voting rights don’t hold the same allure when you’re consumed with fear over your own safety, or you’re sick, or you’re struggling with addiction and depression.

The residents we spoke to weren’t so much against democracy, they just didn’t see how the street protests were going to materially alter their lives. If anything, the chaos and anarchy has impacted them negatively. 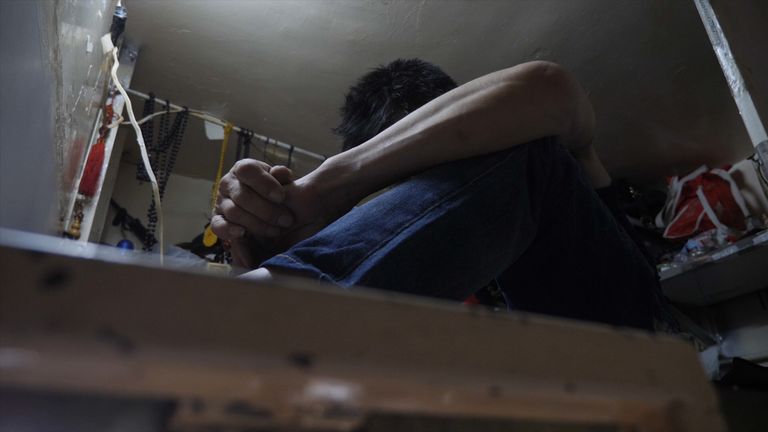 The small work opportunities they have had, have dried up as the economy’s been hit; travel has become harder and food more expensive; and businesses all across the territory have been affected as the tourism industry has slumped.

Most were very critical of the vandalism and violence associated with the demonstrations, with one coffin-home dweller remarking: “I don’t ever hear the protesters talking about the housing problems. For me, the most important thing is I just need somewhere to live.”

Another told us how they supported the drive for more rights but drew the line at the violence. 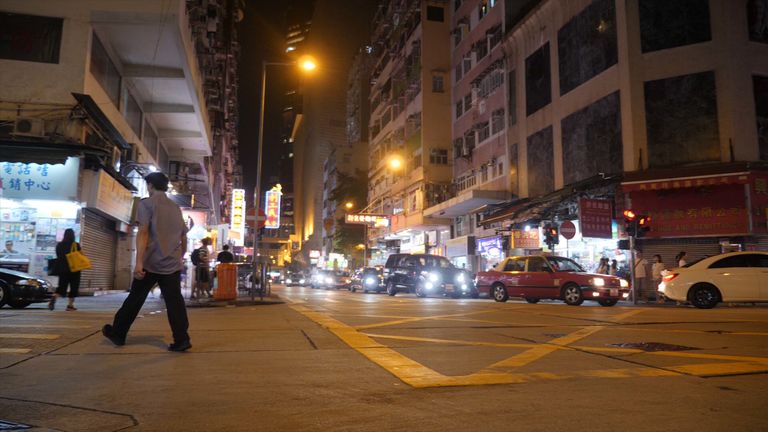 He’s the father of a six-month-old baby boy. He, his wife and their baby all sleep, and pretty much live, on a bed together.

They have slightly better surroundings than the boarded tombs. Their home has been built in the space between a lift shaft and the building’s outer walls. And for this they’re paying the equivalent of around £1,500 per month to rent.

Many of the residents have lived like this for years. One man in a wooden coffin home which had been tacked on to and suspended from the ceiling told us how he’d been on the housing waiting list for 10 years.

He’d lived in this tiny tomb for three of them.

“No-one cares about us,” he said matter-of-factly. “We are just forgotten.”