A tourist narrowly escaped death after diving down a 30ft waterfall into a pool no deeper than 7ft at a popular Russian resort.

He was filmed by a friend on the rocks near the Black Sea city of Sochi.

The unidentified middle-aged man then plunged headfirst into the pool at Zmeikovskiye waterfalls, and a voice is heard saying he made a ‘beautiful’ dive. 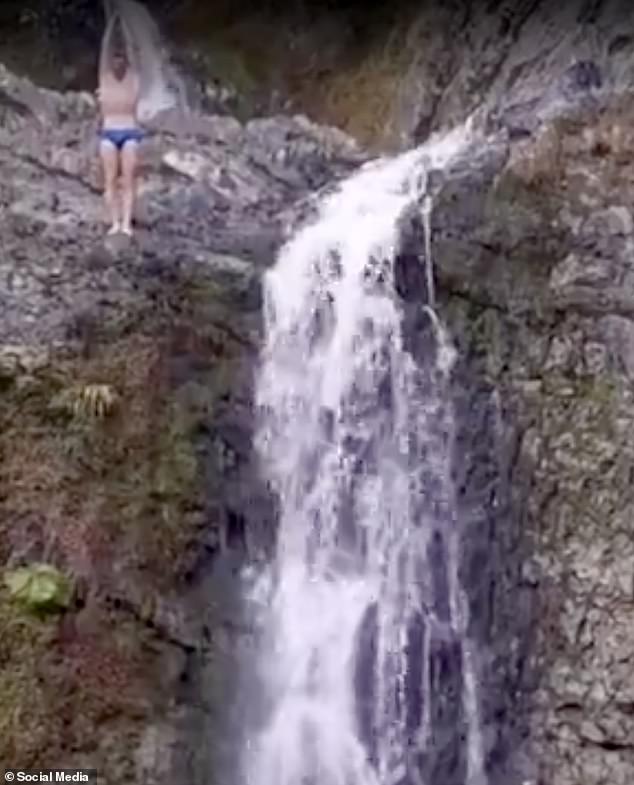 The tourist, pictured, attempted a spectacular dive from a waterfall in Sochi, Russia 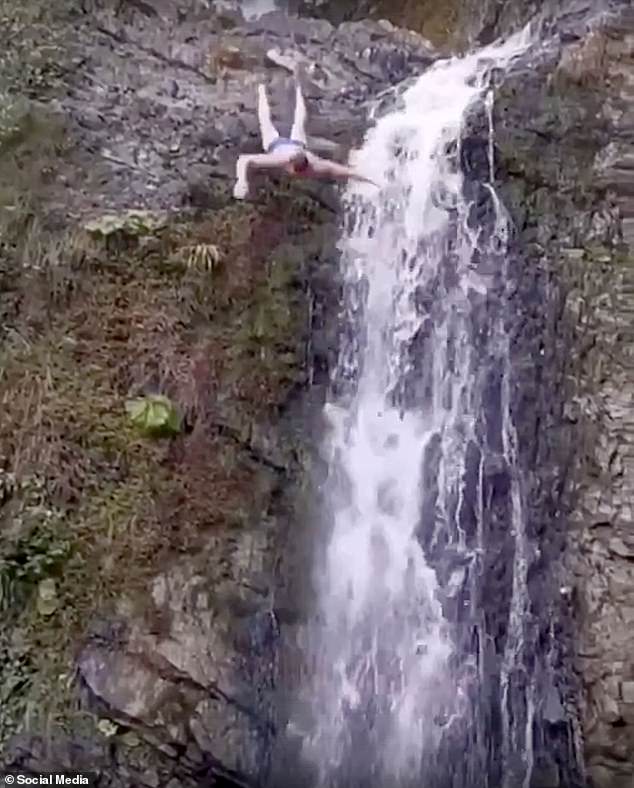 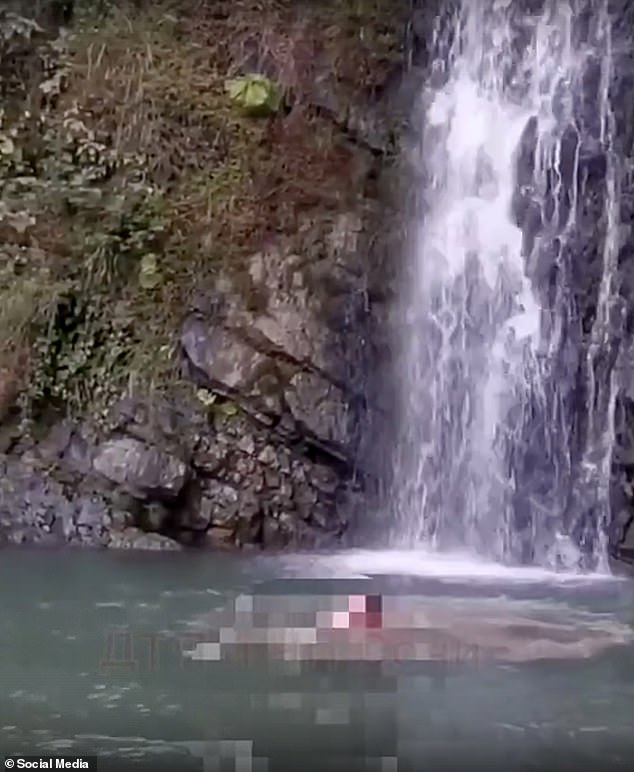 But he evidently had no idea how shallow the water was.

He emerged quickly to the surface but the water was discoloured with his blood.

A female voice said: ‘He banged his head.’

He was admitted to a local hospital with ‘serious traumas’.

Subscribers to a local social media group which shared the horror footage wished him speedy recovery, but many criticised him for attempting the dive.

‘There is no depth there at all… why didn’t he ask the locals? Why risk your life like this?’ said one comment.

‘He should have been stopped.

‘He doesn’t think what he is doing, but at least somebody around him should have told him it was dangerous.

‘He is a grown man, but he is clearly not local. He had no clue it was so shallow.’ 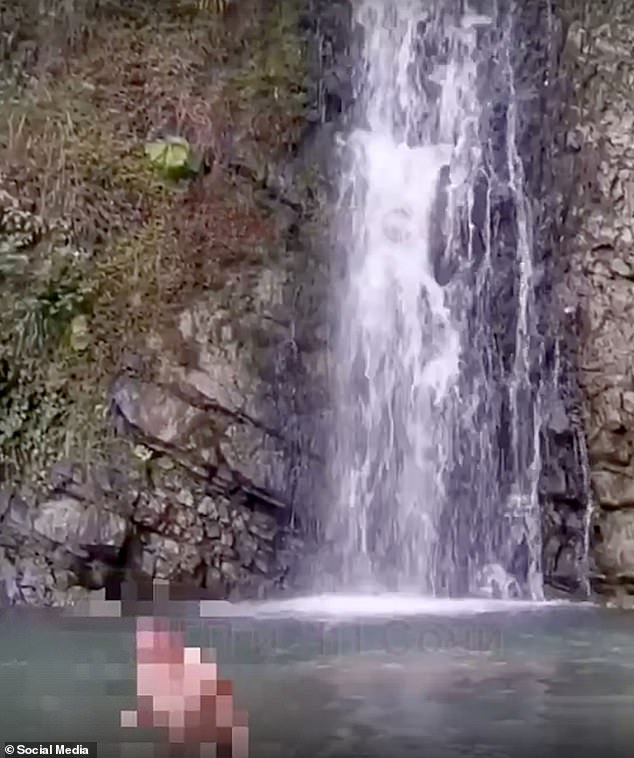 Despite his injuries, the man was able to make his way from the pool without assistance