Animal welfare lobbyists attacked the unidentified hunter for sending his hounds to trap the wild animal yesterday as they shared the footage on social media. 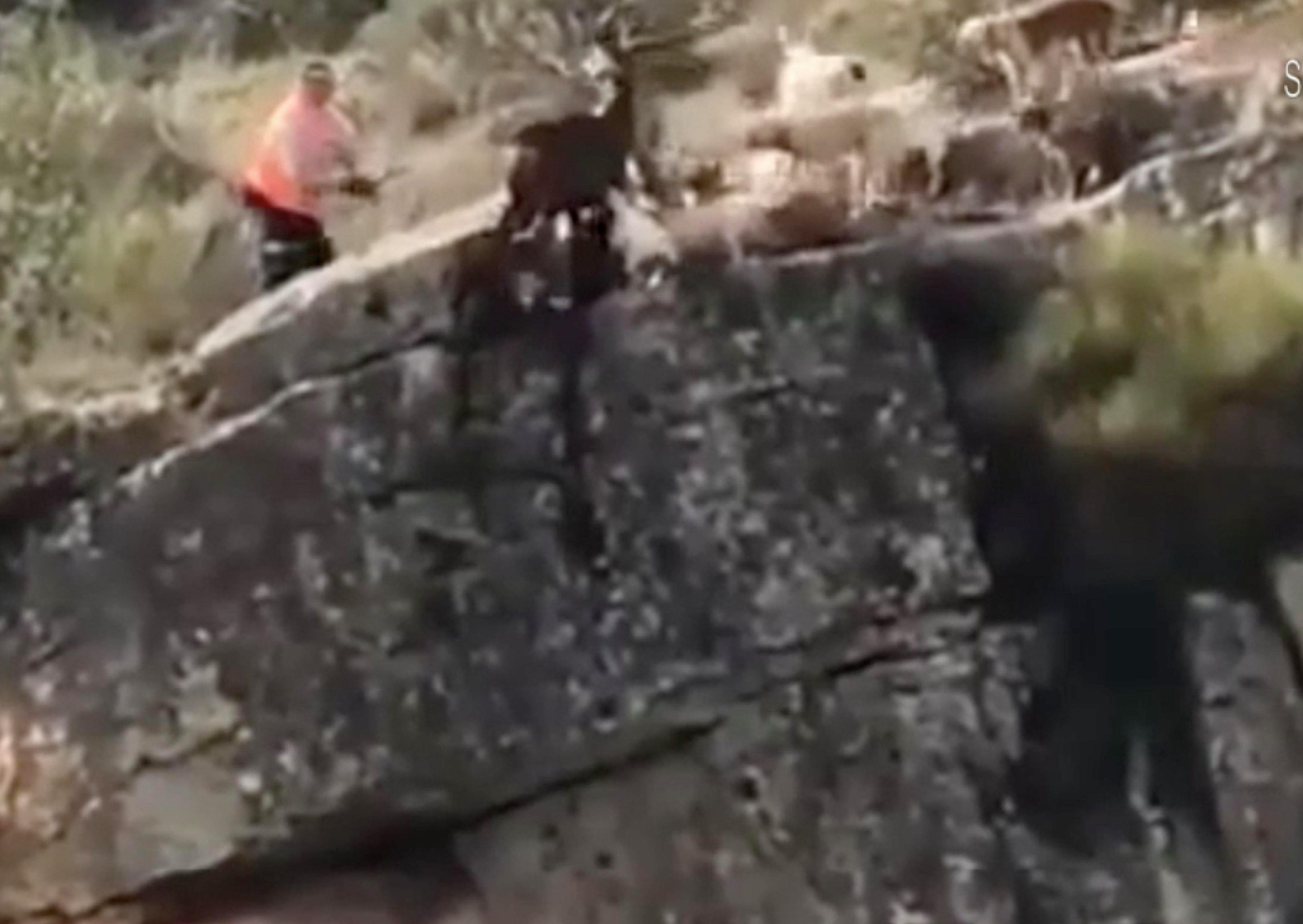 The incident happened near the village of Herreruela in the western province of Caceres, Spain.

An onlooker can be overheard yelling to the hunter "run, the dogs are falling” as the first three go over the edge while the others tear at the deer.

He repeats his warning as the dogs’ owner appears, shouting out to him.

The hunter is then seen approaching the animals before appearing to make a botched attempt at finishing off the deer by stabbing it. 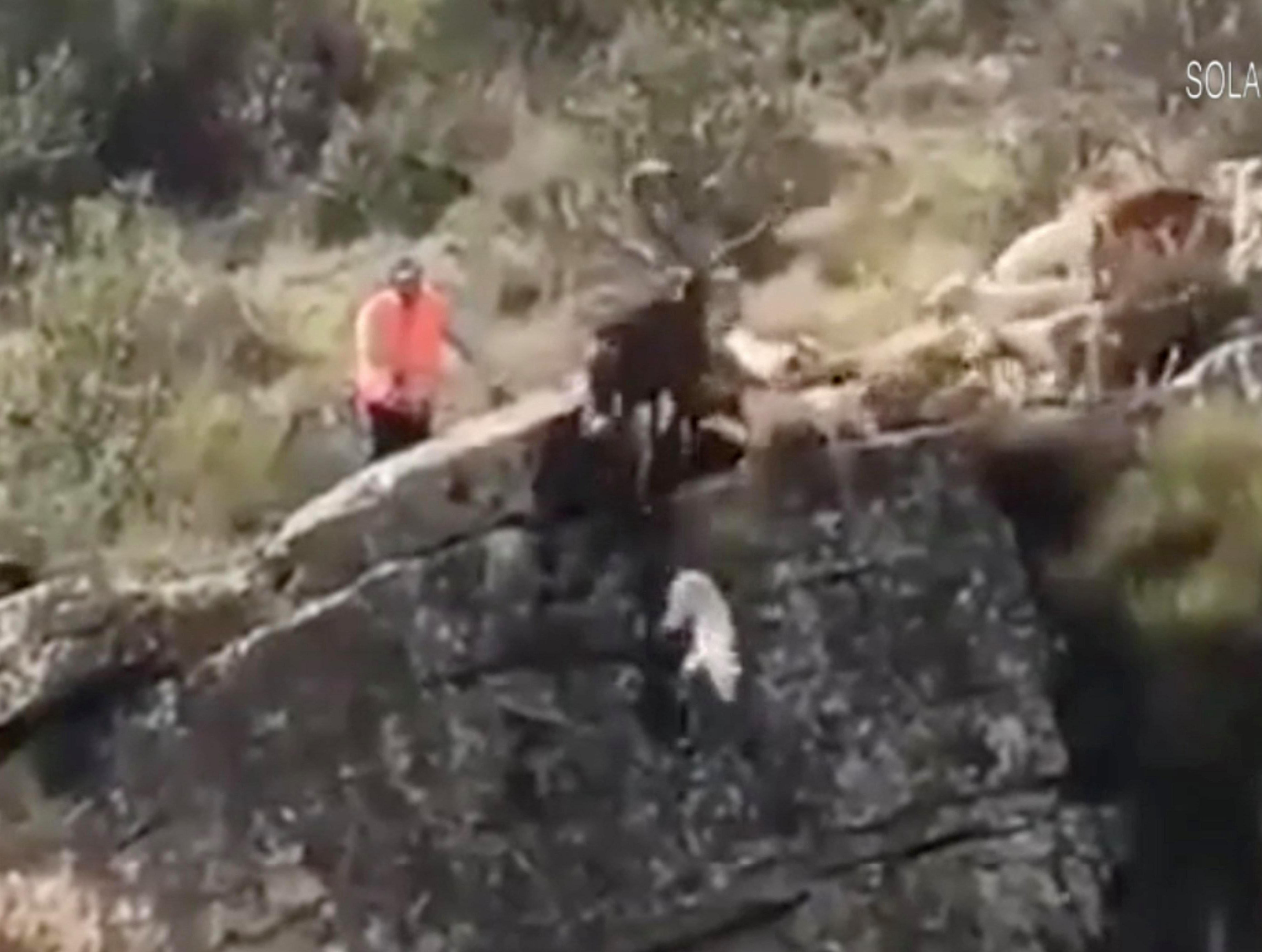 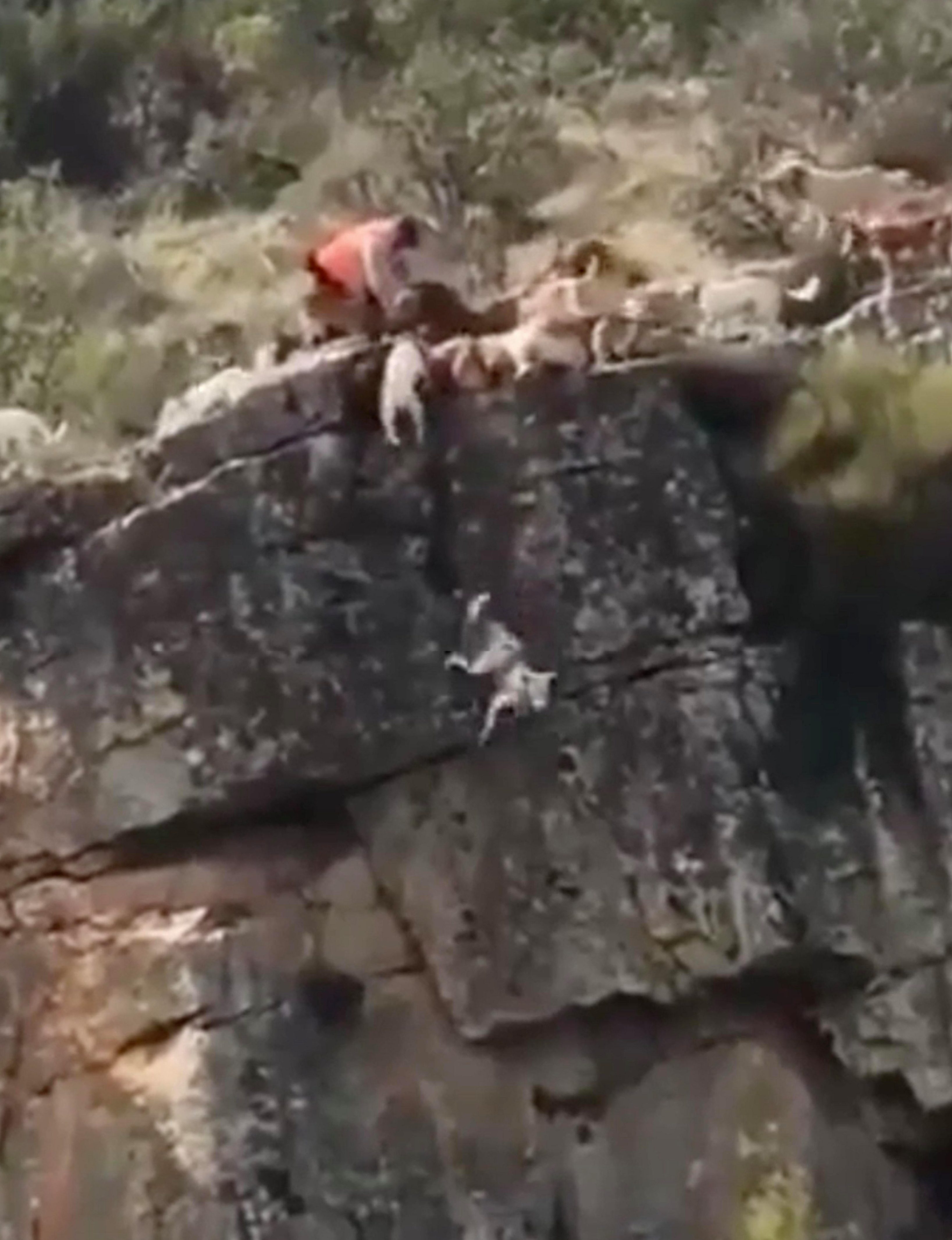 Several more dogs plunge to the bottom of the cliff, followed by the deer, as he moves back, making a loud noise as they crash to the ground.

It was not immediately clear if any of the animals had survived the fall.

But a spokesman for the Royal Spanish Hunting Federation said the dogs had been treated at the scene before being taken to nearby vets. 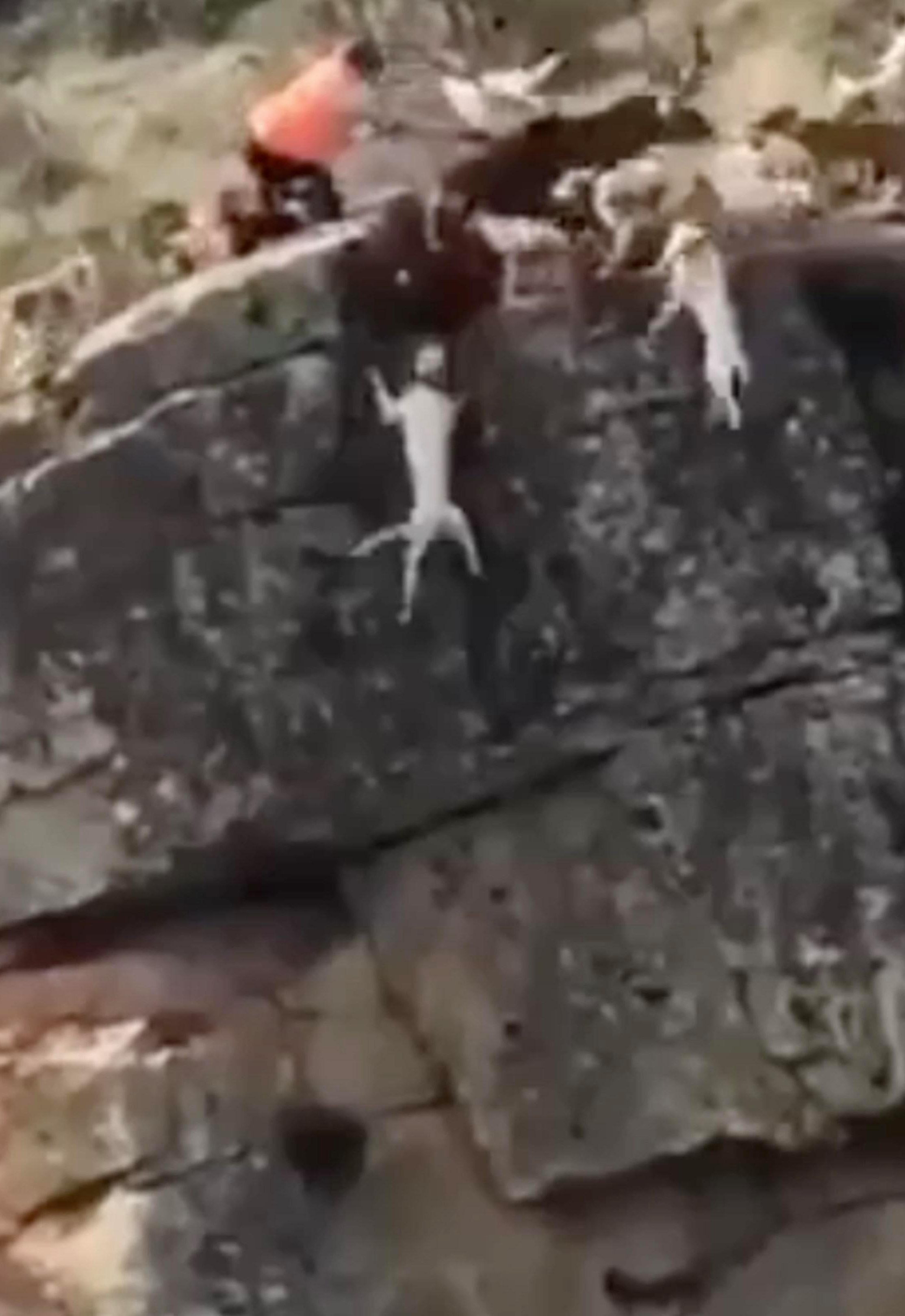 Pablo Iglesias, leader of left-wing party Podemos, said: “The people responsible for this atrocity only have one name: criminals.

“Let’s end this once and for all and punish those who are guilty."

Political party PACMA, which in Spanish stands for "The Party against the Mistreatment of Animals", said: "The cruelty of hunting. A deer and several dogs fall over the edge of a cliff.

“It’s time to demand responsibility from politicians who are insensitive to the suffering and lives of animals.”

Well-known Spanish actor Dani Rovira tweeted: “This is love for dogs? And animals?”

Pro-hunting lobbies described the incident as an "isolated accident” which they said was the result of the “instinct and the nature of the dogs”.