Horrifying tale of prostitute orangutan who was chained to a bed, shaved daily and forced to perform sex acts on men – The Sun

CHAINED to a wall and lying on a dirty mattress with a full face of make-up, Pony the orangutan waited for her next client.

Men working in the nearby palm oil farm in Borneo would come into the brothel and could pay a couple of quid to have sex with a prostitute, or, horrifyingly, with her. 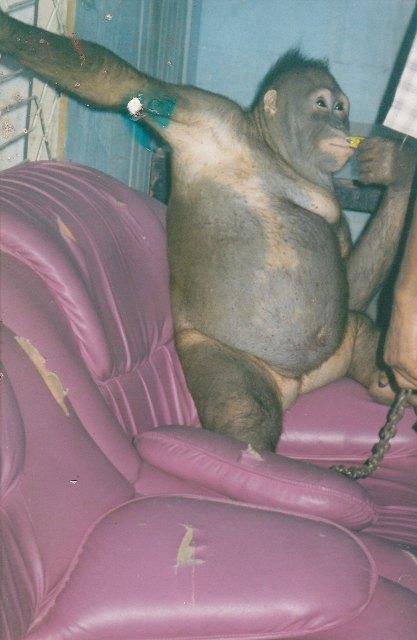 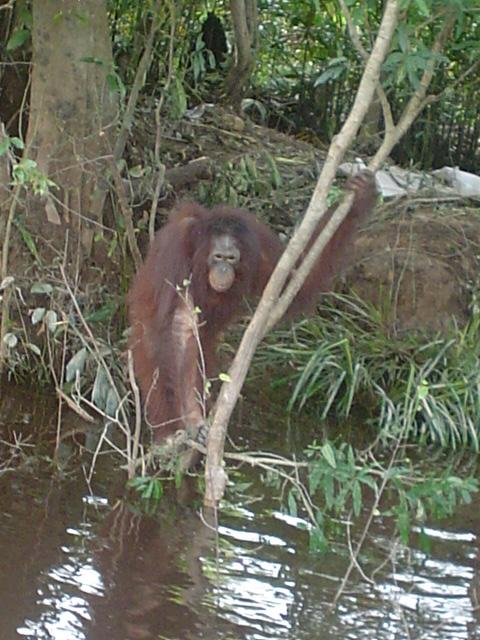 Knowing what was expected, Pony would gyrate her hips when a punter came to the door before being raped by men twice the size of her who paid her owner for the experience.

Stolen from her mum as a baby, the gentle ape’s entire body was shaved every other day, leaving her skin irritated, covered in sores and prone to mosquito bites – and she was taught how to perform sex acts.

It was the heartbreaking story that, when reported by The Sun Online in 2018, really did shock the world.

Thankfully, Pony, now 21, was rescued by the Borneo Orangutan Survival Foundation, and is currently living out her days at one of their rehabilitation centres.

Sadly however, due to her experiences, she's been unable to progress to live on their more independent sanctuary island.

Communication Officer Nico Hermanu says: "Pony is living a healthy life inside the complex these days. At the age of 21, her current condition – lack of natural skills and behaviour – does not allow her to be placed in other types of enclosures.

"We do hope that she might be able to get a chance to live on the sanctuary island someday.

"In the complex she is staying in, Pony always shows a healthy appetite for fruits and enrichment tools that our team gives her."

The Sun Online previously spoke to the orangutan experts who helped rescue and look after Pony, and investigated the illegal ape trafficking trade – where primates are sold for up to £10,000 via the black market.

Covered in abscesses in 'brothel village'

No one knows exactly how long Pony was forced to work as a prostitute before being rescued from a brothel in Indonesia.

It's taken over a decade for Pony to recover from the unimaginable cruelty she suffered at the  “brothel” village – a destination popular with local farm workers who used prostitutes.

Chained to a bed, men could choose to pay to have sex with her – and she was shaved and made to wear perfume and jewellery.

Former teacher Michelle Desilets started volunteering looking after orphaned orangutans in Borneo in 1994  and was director of Borneo Orangutan Survival Foundation UK when Pony was rescued.

She told The Sun Online: “It was horrifying. She was a sex slave – it was grotesque. She was covered in abscesses, and they put make-up and earrings on her.

Danish conservationist Lone Droscher-Nielsen was part of the team who rescued Pony in 2003.

Speaking to The Sun Online she said: “When I found that she was used for prostitution and not just a pet I was horrified.

“Perhaps in my naivety I had never thought it humanly possible to do such a thing to an animal.”

35 armed police to the rescue

The rescue wasn’t straightforward, with the local community extremely reluctant to let Pony, who was a good source of income, go.

In the end it took 35 armed policemen to get the villagers to hand over Pony.

Michelle says: “They were threatened with guns and knives.

“The madam cried bitterly when Pony was taken away.”

At the point of rescue, as well as the inevitable psychological trauma, Pony was in a horrific condition physically. Her skin was infected, and she couldn’t stop scratching.

Michelle says: “I met Pony shortly after she was rescued. Her resilience is amazing. Despite the trauma, she maintained a dignity, and sense of humour. She had the best personality, and learned how to trust very quickly, despite what she’d been through.”

Experts think she'd been taken from her mother as an infant – as most orangutans usually stay with their mum for the first seven to 11 years of their lives – and they estimated her to be around six years old.

Lone explains: “The first baby steps where to make her trust us in her new home.

“We tried to keep men away from her enclosure as she was afraid of them.

“After her quarantine we would take her into the forest with the younger orangutans, still women only.

“She slowly recovered and male carers were slowly introduced to her. She didn't seem to be afraid of them anymore and she was happy with any company she could have. Eventually she was moved to one of the islands.”

Sadly, due to her lack of survival skills and the fact she’d spent too much time in human captivity, she’ll never be released back into the wild.

However now, 15 years on, she is in good health, and lives in an enclosure in Nyaru Menteng Rehabilitation Centre with seven other orangutans – and has learned how to make nests and forage.

While Pony’s situation is very rare, tragically factors including deforestation and illegal trafficking of these primates – who can weigh up to 21st and live up to 50 years old – mean they may soon be extinct.

It is thought around 1,000 orangutans – whose name literally translates into English as “person of the forest” – are killed every year so their babies can be sold on the black market. For every one orangutan baby sold, it is thought  at least four others are killed.

Disturbingly, it’s all too easy to sell or buy an ape like Pony.

Reports suggest the illegal wildlife trade is booming, thanks to social media platforms such as Instagram and Facebook.

Michelle adds: “There’s nothing cuter than a baby orangutan. That’s their flaw – they’re irresistible as babies so they fetch a lot of money and celebrities like Paris Hilton have been pictured posing with them on Instagram.
“However, they don’t make good pets – they become unmanageable.” 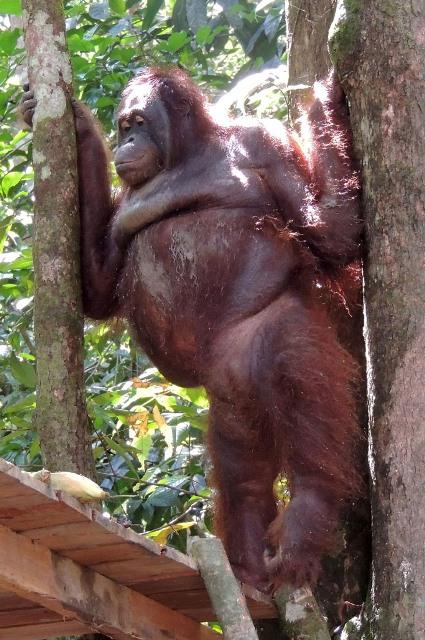 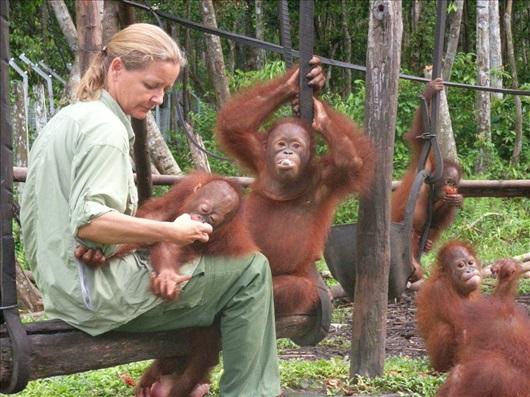 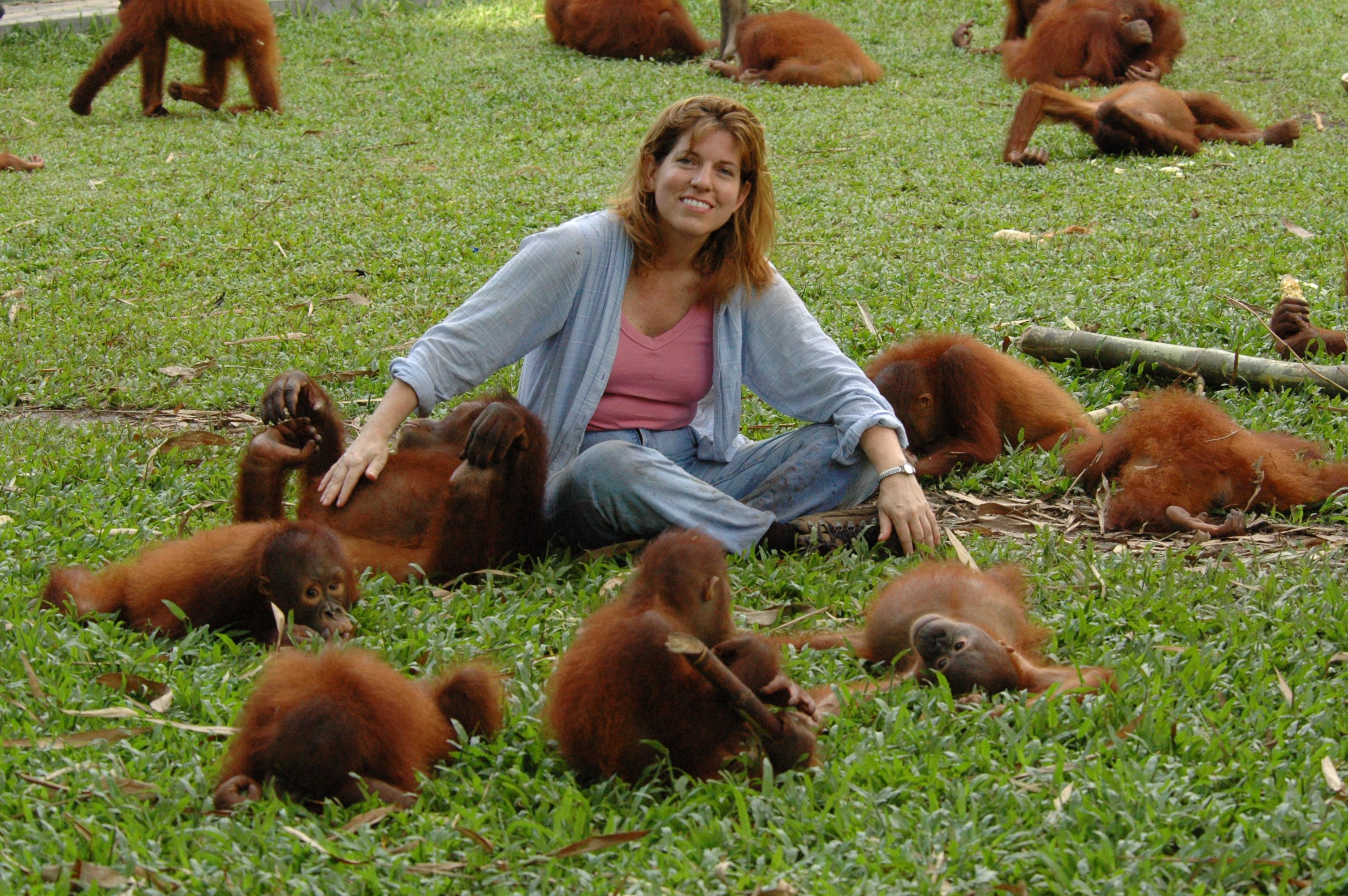 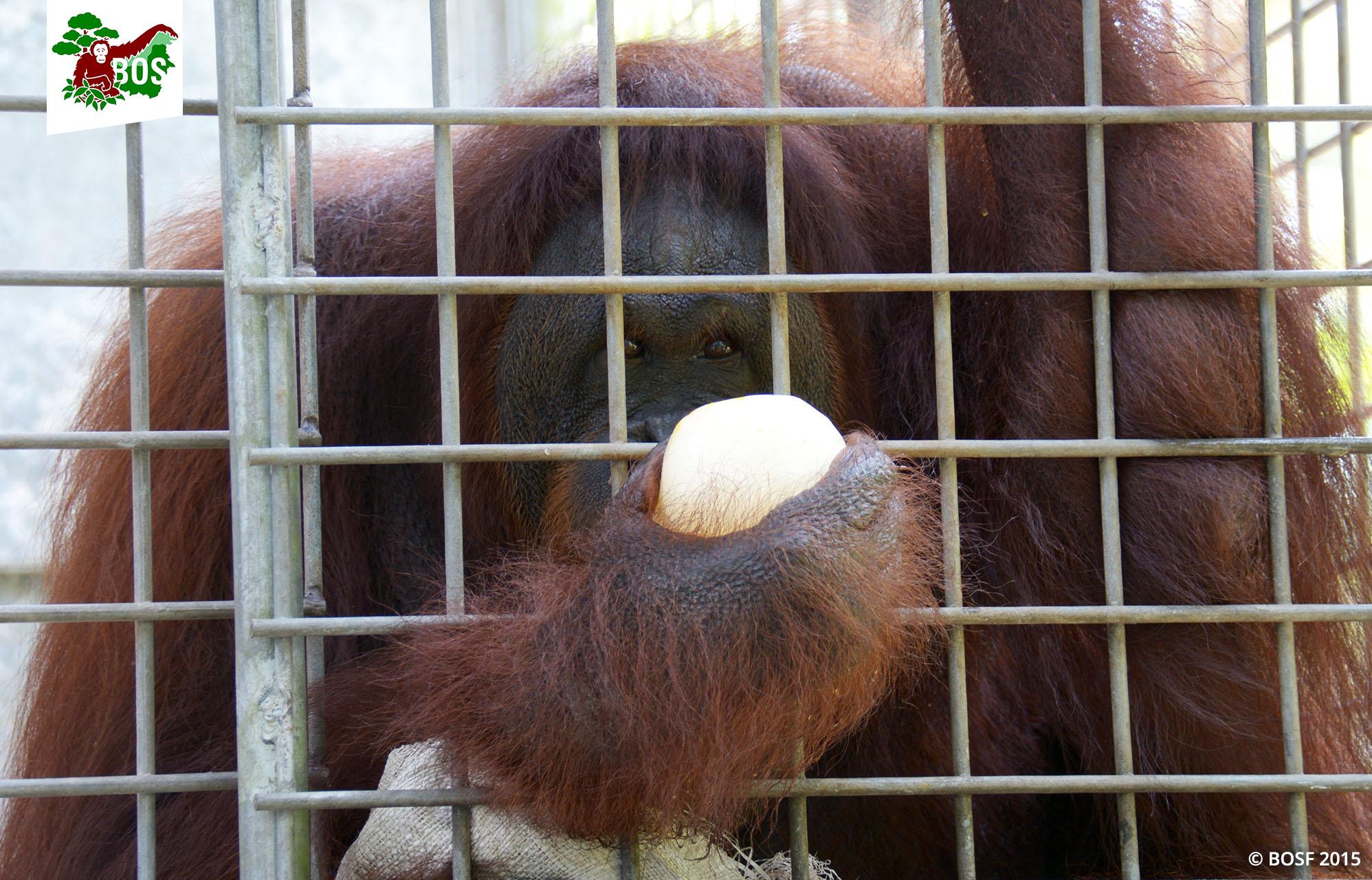 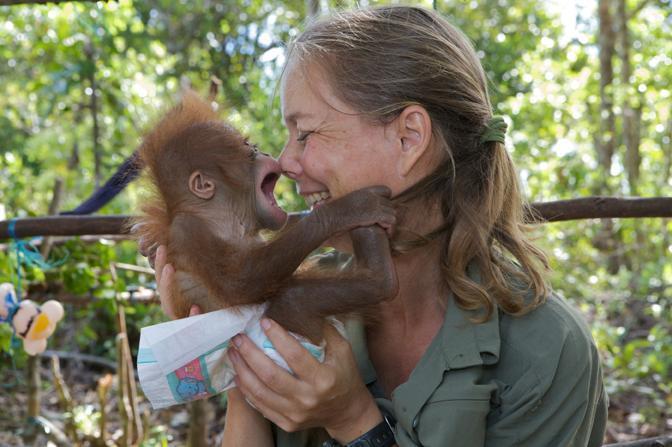