Stable mates! Huge hound and tiny foal nuzzle each other in an adorable display of affection

This is the adorable moment a huge dog leaned across a stable door to nuzzle a tiny foal in a heartwarming display of affection.

The video, filmed in Zbrosławice, Poland, captured Ethan the Rhodesian Ridgeback as he placed two paws on the top of a wooden door.

He hoisted himself onto his hind legs as he stared into the stable – coming face-to-face with the tiny horse. 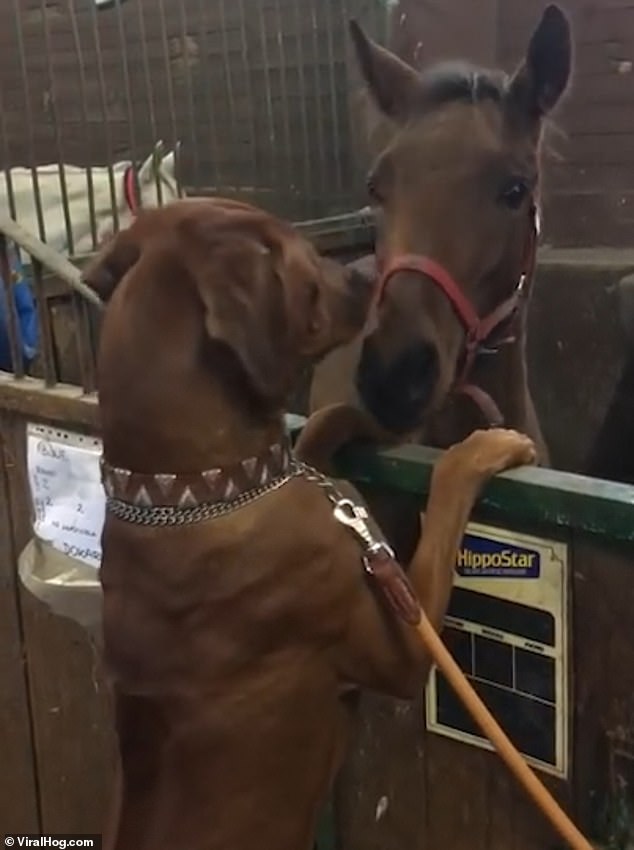 The pup then rubbed his nose against Bluero the foal, sniffing at the little horse as he stood outside the stable.

Bluero quickly reciprocated the sweet display of affection by rubbing his own nose against his friend.

The pair continued for a few moments, the foal poking its head out of the stable and even attempting to chew on Ethan’s collar. 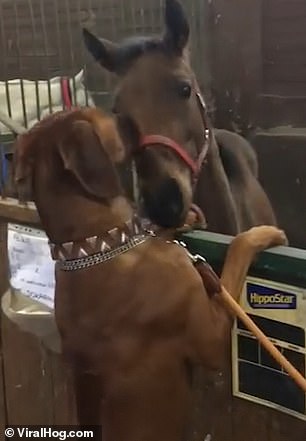 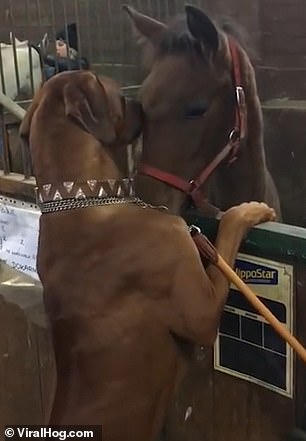 But the hound merely stood and watched as Bluero played with the leather studded band.

The video was posted to Facebook last month by Katarzyna Bijan.