HOUSEHUNTERS have slammed a one-bed flat as the "most depressing ever" as it looks just like a prison cell.

The landlord then sparked further fury by asking £300 a month for the "disgusting" property, which potential renters compared to high-security HMP Strangeways. 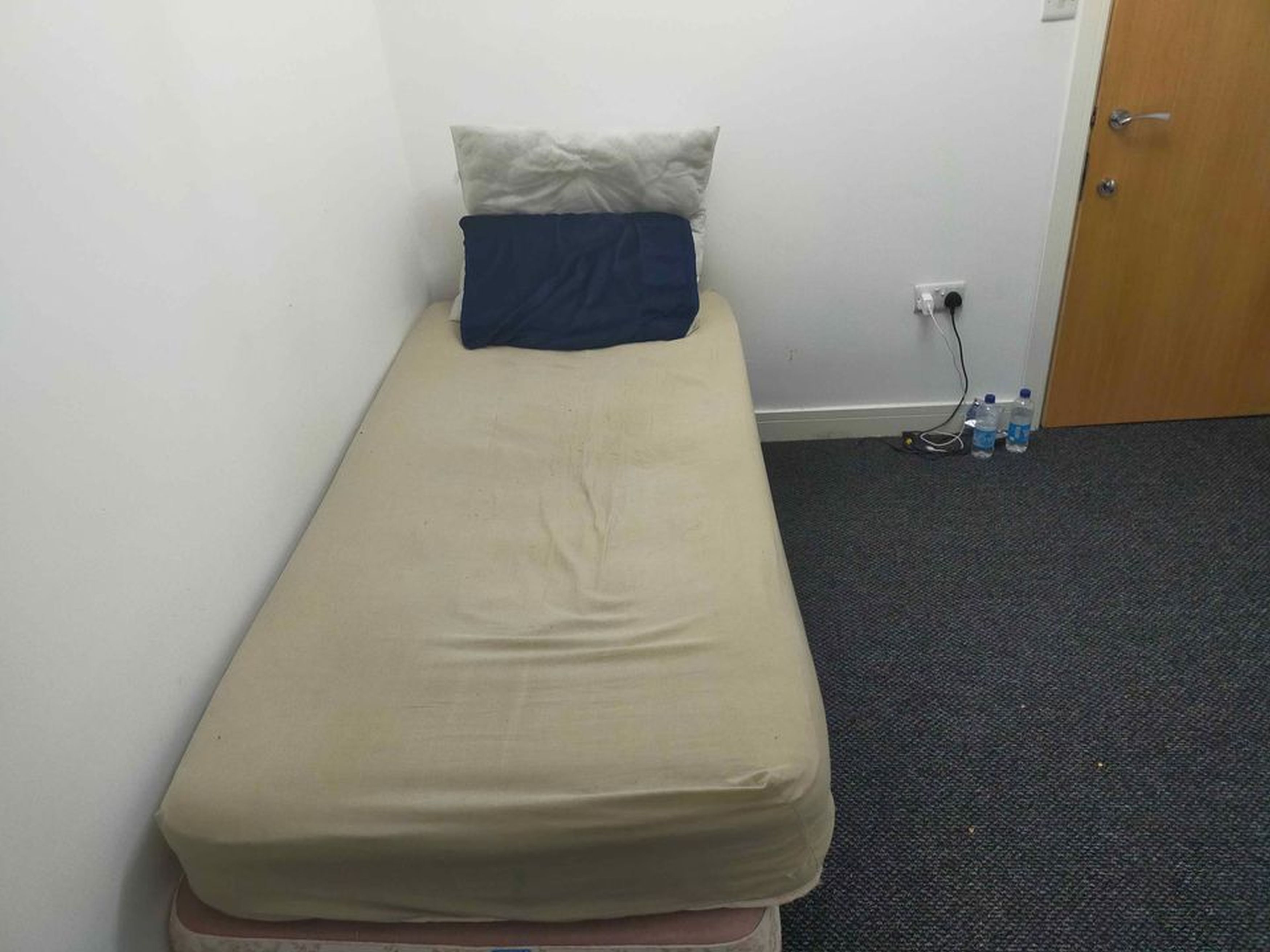 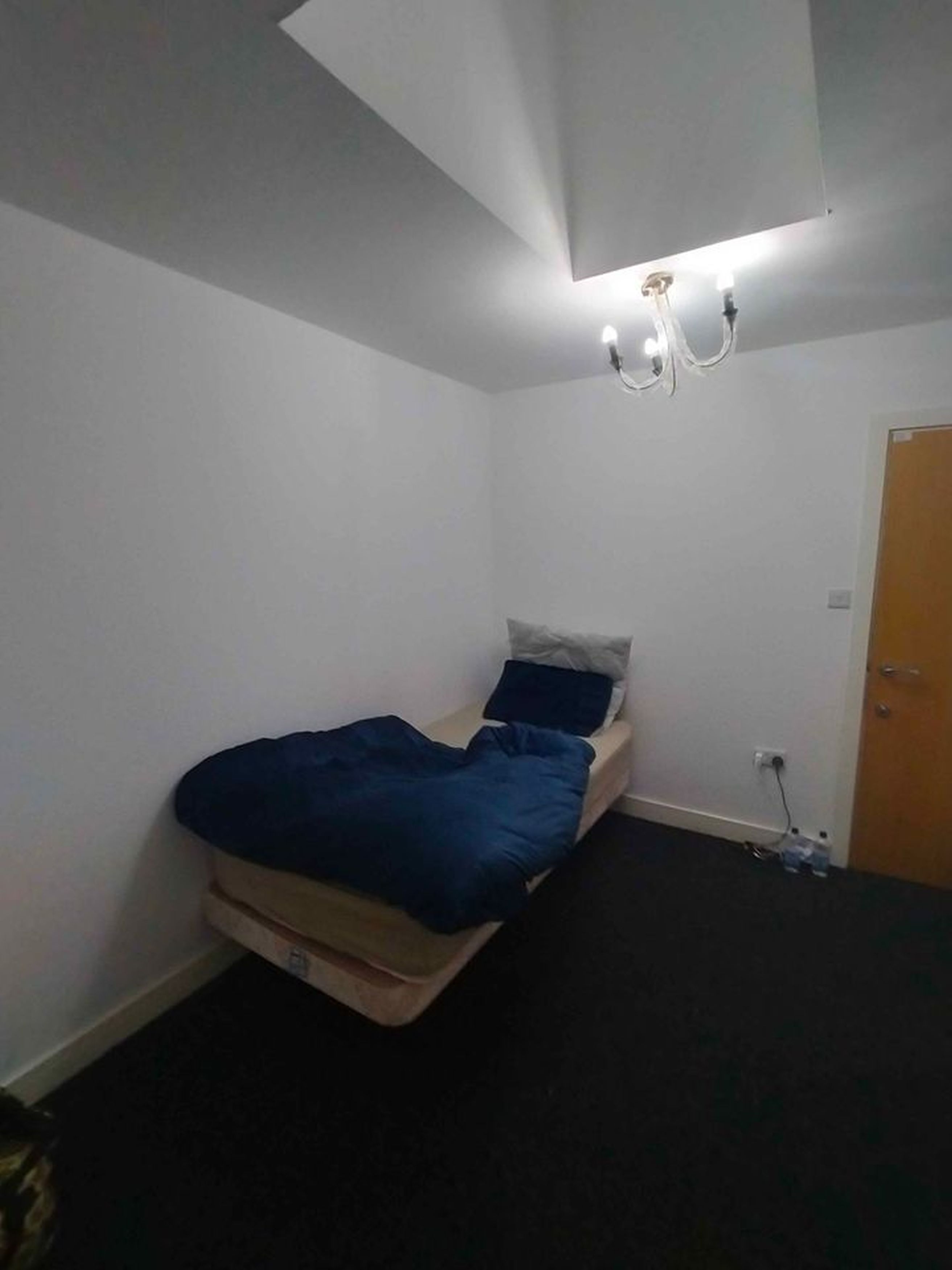 The flat's five adverts attracted so much negative attention the landlord was compelled to remove them.

Described as a "one-bed, one-bath flat" in Bolton, Greater Manchester, the space was immediately set upon and berated by would-be residents after appearing on Facebook marketplace yesterday.

Many were furious that the landlord was demanding the extortionate monthly sum as the room appeared "windowless".

Shocking images show a single unmade bed against a wall next to a single socket, where the previous or existing tenant's phone appears to be charging.

The only other items in the entire flat seem to be two bottles of water.

The listing elicited dozens of jokes, including comparisons to a prison cell, questions about what time "lights off" is and when visiting hours are.

Others were so furious they called for the adverts to be taken down – which they were after being bombarded with hundreds of comments across multiple listings.

One commenter, Mark Keohane, said: "F*** me. Even cells have decent windows.

"You absolute joke ripping people off with this hamster cage."

The flat was also compared to an "escape room" – the popular game in which contestants are locked in generally unpleasant or even horror-like rooms and have a time limit to find their way out.

Numerous users said the property was so bad they felt compelled to request the ad be taken down while others suggested the tenant should be paid to live there instead.

One commenter wrote: "Disgusting. Take the ad down."

Another added: "You're having a laugh? You give the tenant £300 for staying in that? Yes?"

A third said: "You're taking the p***. Clean it, put some furniture in there and decorate it.

"I'm not even lying when I say most jail cells are better than this. You can't rent that out."

And one person chimed in: "What is the world coming to when you ask a price like that for a shocking place like this?

"My dog sleeps in a better place. Greed comes to mind."

But while the overwhelming majority condemned the flat, a handful of people defended the listing and suggested tenants could bring their own furniture.

One said: "I've paid more for a worse looking room than that. You don't have to use that bed! Bring your own? Scrubbers on here."

Another wrote: "Why do all of you have a problem with it? He has listed the room on rent.

"If you don't need the room or think it's not up to standard just ignore it. What's the point of criticism."

But among the jokes about the rental, some feared that a vulnerable person would be forced to take the room.

"The sad thing is that it will be taken up by some desperate person who needs a place to stay," one person posted.

"Possibly one who can't afford a bond or they don't have legitimate documentation to secure a home.This is a clear example of robbing the vulnerable! 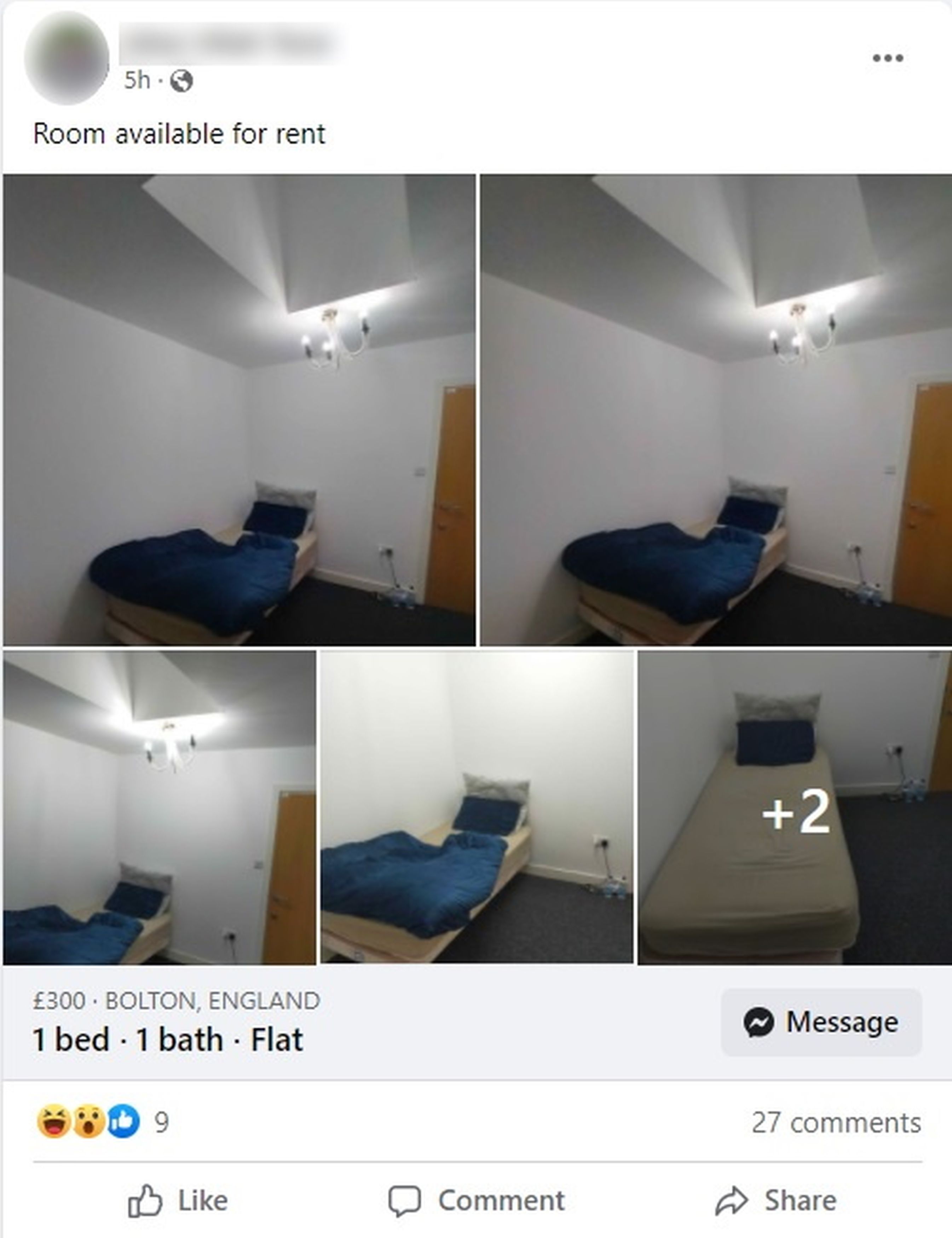