Police Minister David Elliott said sharing a scotch and a conversation with Deputy Premier John Barilaro was the appropriate way to start working as a team again, after the rift caused by the koala planning policy last week.

On Tuesday Mr Elliott and Mr Barilaro shared the drink in the Police Minister's office immediately after a fiery question time in which he lobbed several attacks on the leader of the Nationals. 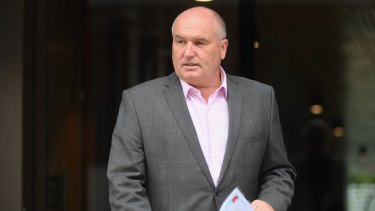 "As the Premier [said] earlier in the week, she expects us all to work as a team," Mr Elliott said on Wednesday morning.

"Being able to be professional and work together in harmony is probably more important than my own ego."

Mr Elliott said he was not backing away from comments made last week, describing Mr Barilaro's threats to crack the coalition as the "biggest act of political bastardry in NSW.

"My frustration was because I've spent the last month in National Party seats and I'd spent three days away from home travelling around with National Party MPs," he said.

"I wasn't going to stand around and be told that I'm not looking after the bush. I’ve spent more time in the bush than my own electorate." 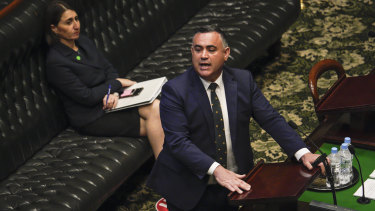 "I'd have to check. I don't think there is much left."

Education minister Sarah Mitchell added her voice to the chorus of National party ministers backing their leader, but would not confirm the date of the cabinet discussion when the divisive koala policy would be discussed.

"I'm not going to provide a running commentary on when things are going to cabinet," she said.

"I'm looking forward to having that discussion in cabinet with my colleagues."