Colombia's World Cup hopes were high: they had finished top of their qualifying group, beaten Argentina 5-0, and been tipped as favourites by Brazilian legend Pelé.

But their 1994 campaign ended in disaster, with an early own goal by defender Andrés Escobar, an exit at the end of the group stages, and the subsequent murder of Escobar outside a Colombia nightclub. 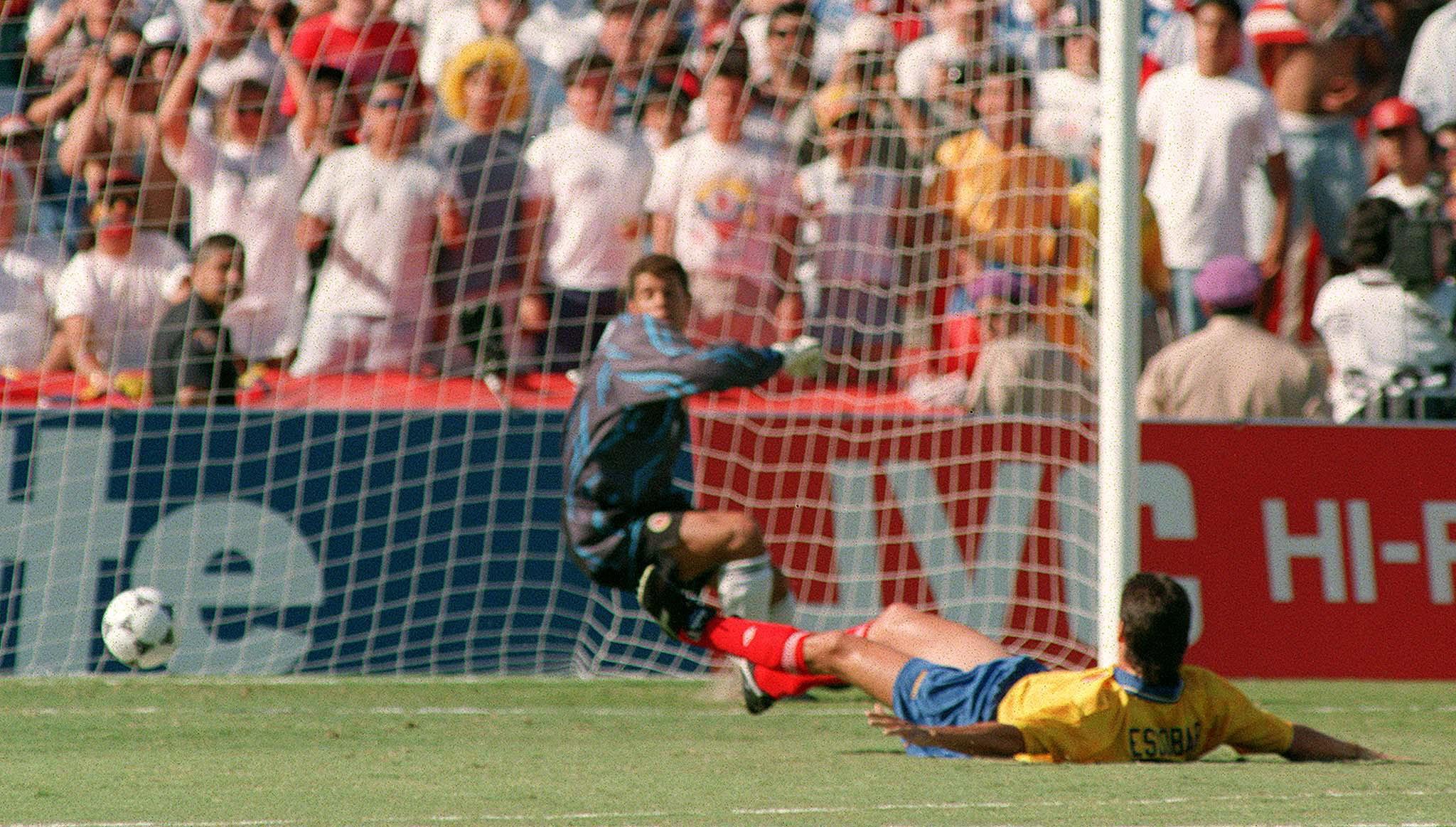 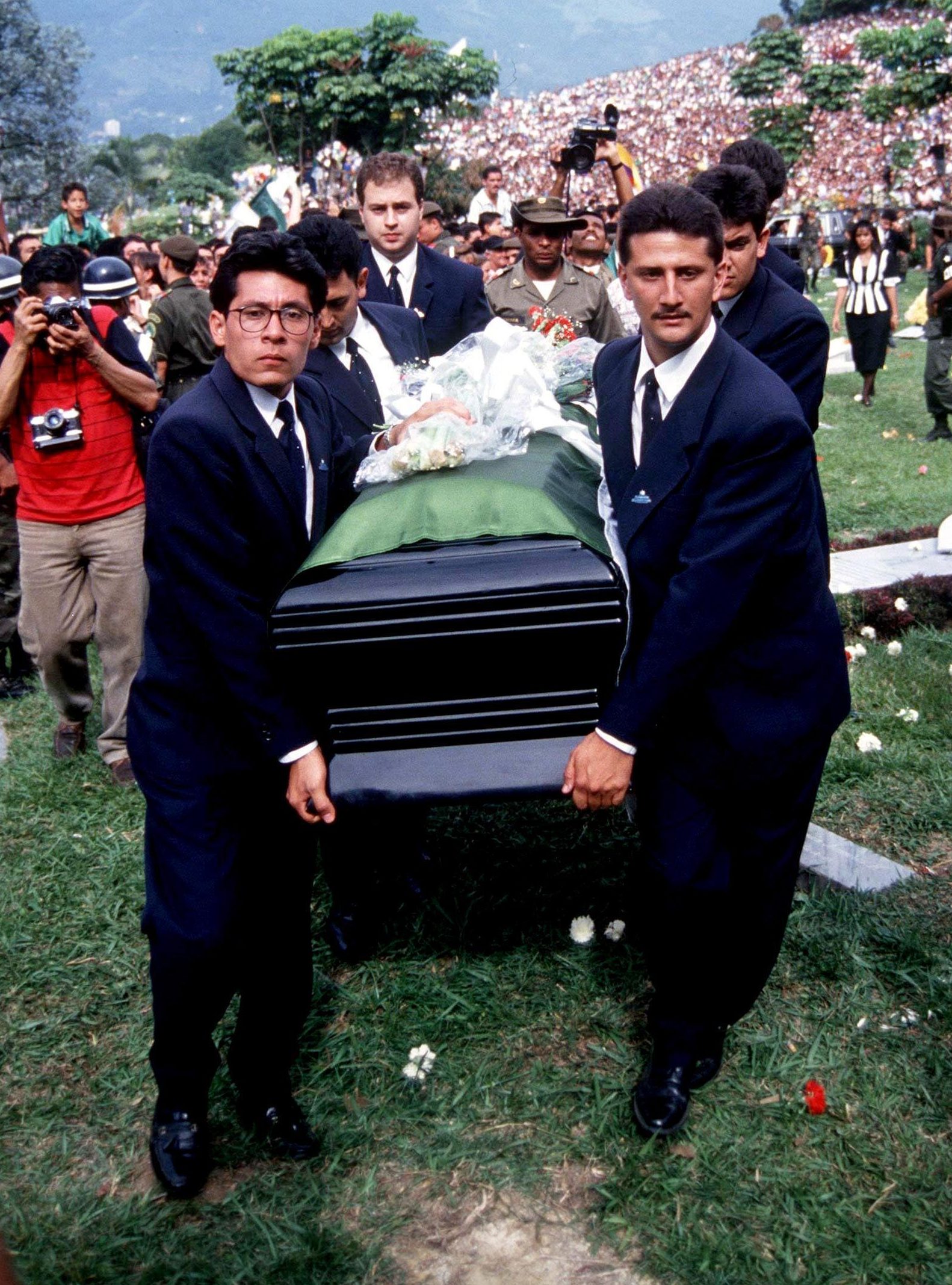 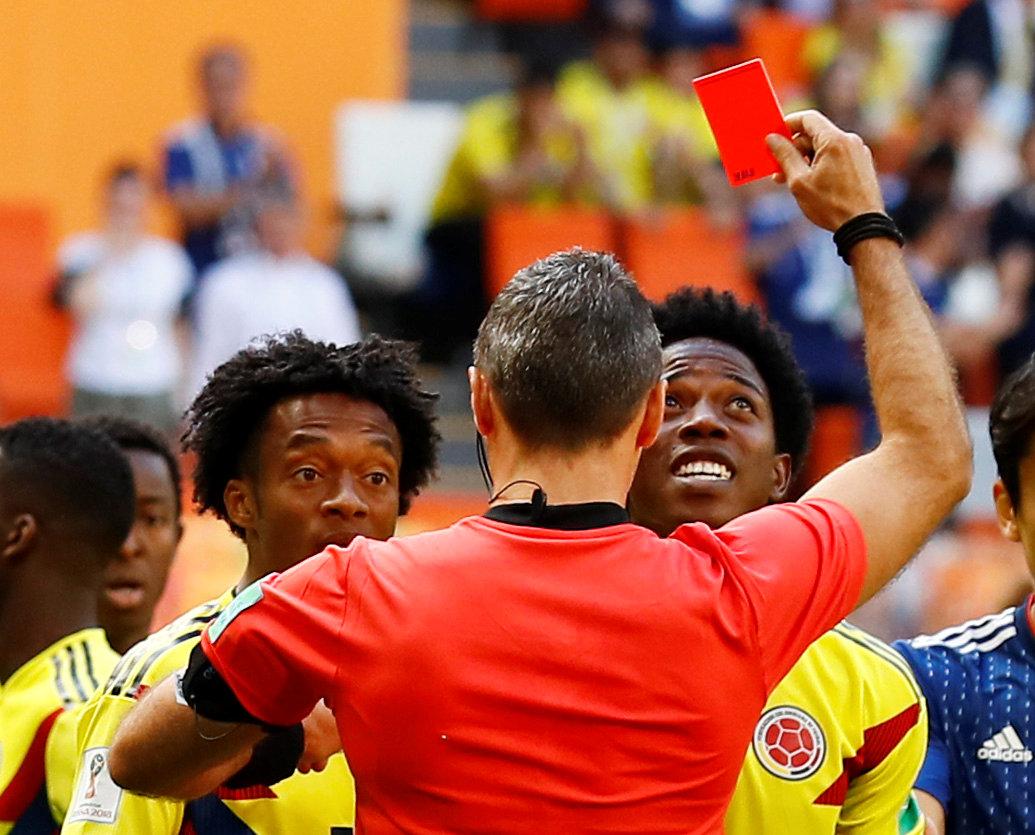 It is a story that still resonates strongly in Colombian football, no less than on occasions like their upcoming crunch match against Paraguay.

The two sides are to face off in their final group-stage match of this year's Copa América, held every four years for teams across the Americas and Asia.

Colombia are currently riding high, having again beaten Argentina as well as Qatar on the way to Sunday's match-up.

But the events surrounding Escobar's death still have a lasting presence for the country, with many of the conditions that led to it persisting today.

Despite recent reductions in its homicide rate, an ongoing and pervasive civil war has meant crime in Colombia has thrived for decades.

The country still regularly ranks as the world's largest producer of cocaine, while its drug lords have at different points ranked among the richest men in the world.

Escobar's own goal came in a 2-1 loss to the US, and it is thought that members of a powerful drug cartel had large amounts of money riding on the game.

The team's failure caused a backlash at home, but Escobar ignored friends who told him to lie low until it had died down, saying: "I must show my face to my people."

Five days after the early exit, he was murdered while sitting in his car outside a nightclub in the Colombian city of Medellín.

He was shot six times, and it was later reported that his killers shouted “Goal!” with each shot, one for each time the match's commentator had shouted the word as the goal was broadcast.

Humberto Castro Muñoz, a bodyguard for the drug barons thought to have lost money, was arrested the next day and confessed to the murder.

An estimated 120,000 people attended Escobar's funeral, and the anniversary of his death is still marked at matches in Colombia each year.

Since the mid-1960s, the so-called Colombian Conflict has raged between the government of Colombia, crime syndicates, and paramilitary groups.

Much of the conflict has been fuelled by the trade in drugs, a market in which organised crime has been able to thrive, with the civilian population often caught in the crossfire.

Throughout the late 1980s and early 1990s, Pablo Escobar, Colombia's most infamous drug lords, was one of the richest men in the world.

It is estimated that at his height, his organisation supplied 80 per cent of the cocaine smuggled into the United States, generating him over $21bn of personal income a year.

The Conflict also allowed criminals to act with relative impugnity.

An investigation in 1994 found that only 3 percent of crimes committed in Colombia ever reach a judicial verdict, equating to just two verdicts per month for the entire country.

More recently, a series of anti-narcotics operations succeeded in reducing cocaine production, but in 2017 it rebounded to an all-time high.

Efforts to end the Conflict in recent years have produced tentative agreements between the government and rebel groups.

A ceasefire deal was rejected by national referendum in 2016, but Juan Manuel Santos was awarded the Nobel Peace Prize for the progress his government had made towards an end to the civil war.

Last year, death threats were sent to midfielder Carlos Sanchez after he was sent off against Japan just three minutes into Colombia's first game of the 2018 World Cup.

The threats led Escobar's brother Santiago, a former footballer himself and now manager of Ecuadorian side Universidad Catolica, to speak out.

“As a brother who has gone through this, I know what must be going through their [Sanchez’s family’s] heads, and I wouldn’t want anyone to go through that," he said.

"Carlos must be feeling both sad for the mistake he made, and very afraid, and his family too.

"My brother never received any threats, they just shot him dead in the most cowardly way.”

Many of the threats against Sanchez were made on social media.

One Twitter user posted a picture of Sanchez alongside a photo of Andrés with the sinister message: “I propose a dream”.

Another wrote: “If Andrés Escobar was killed for scoring an own goal, then Carlos Sanchez should be murdered.”

"The fact that people are still allowed to say these things on social network sites, even threaten him with death… shows me that nothing good came out of Andrés’s death, nothing was learned,” said Escobar.

"These people are just lowlifes who are not real Colombian football fans, who should be arrested and thrown into jail." 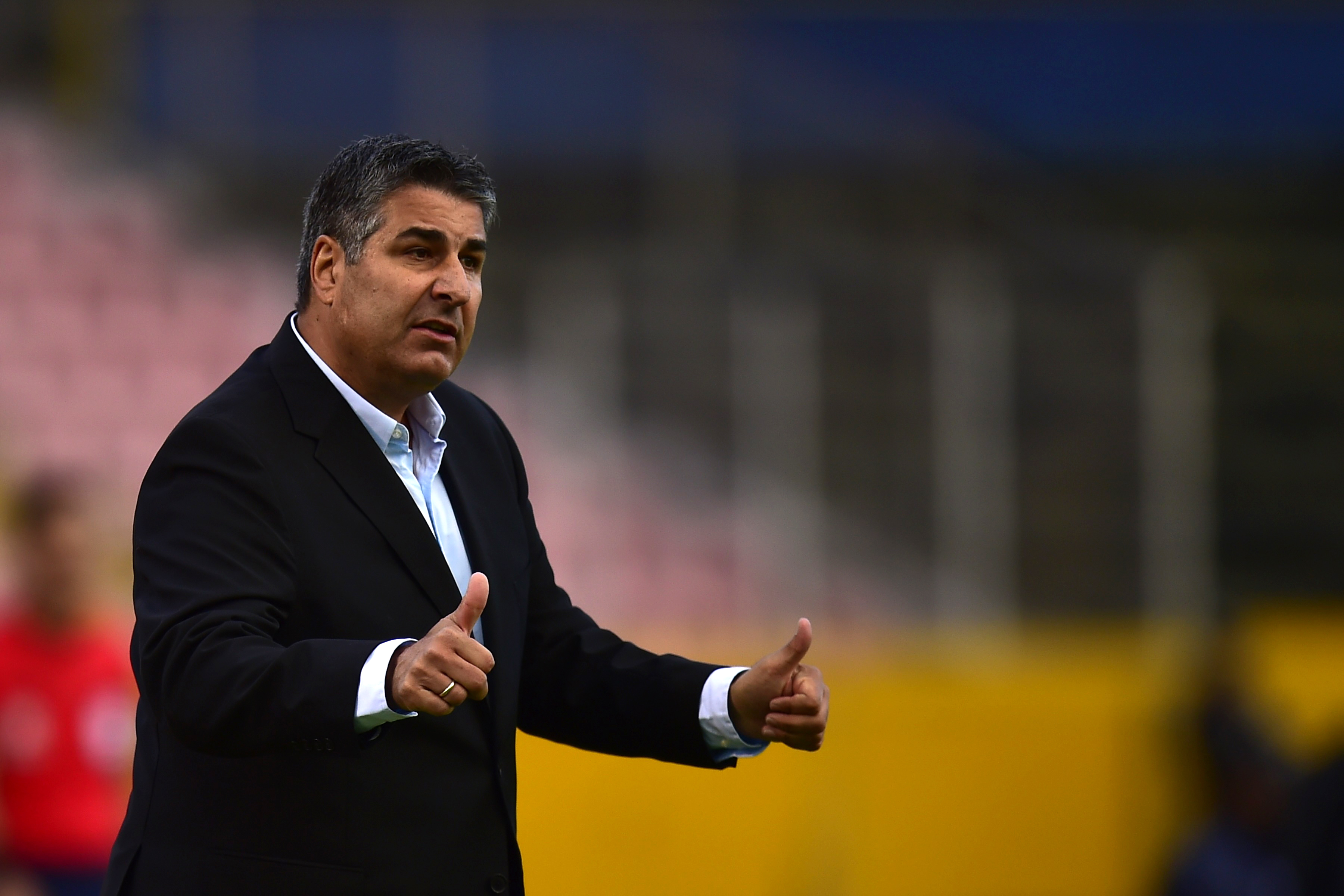 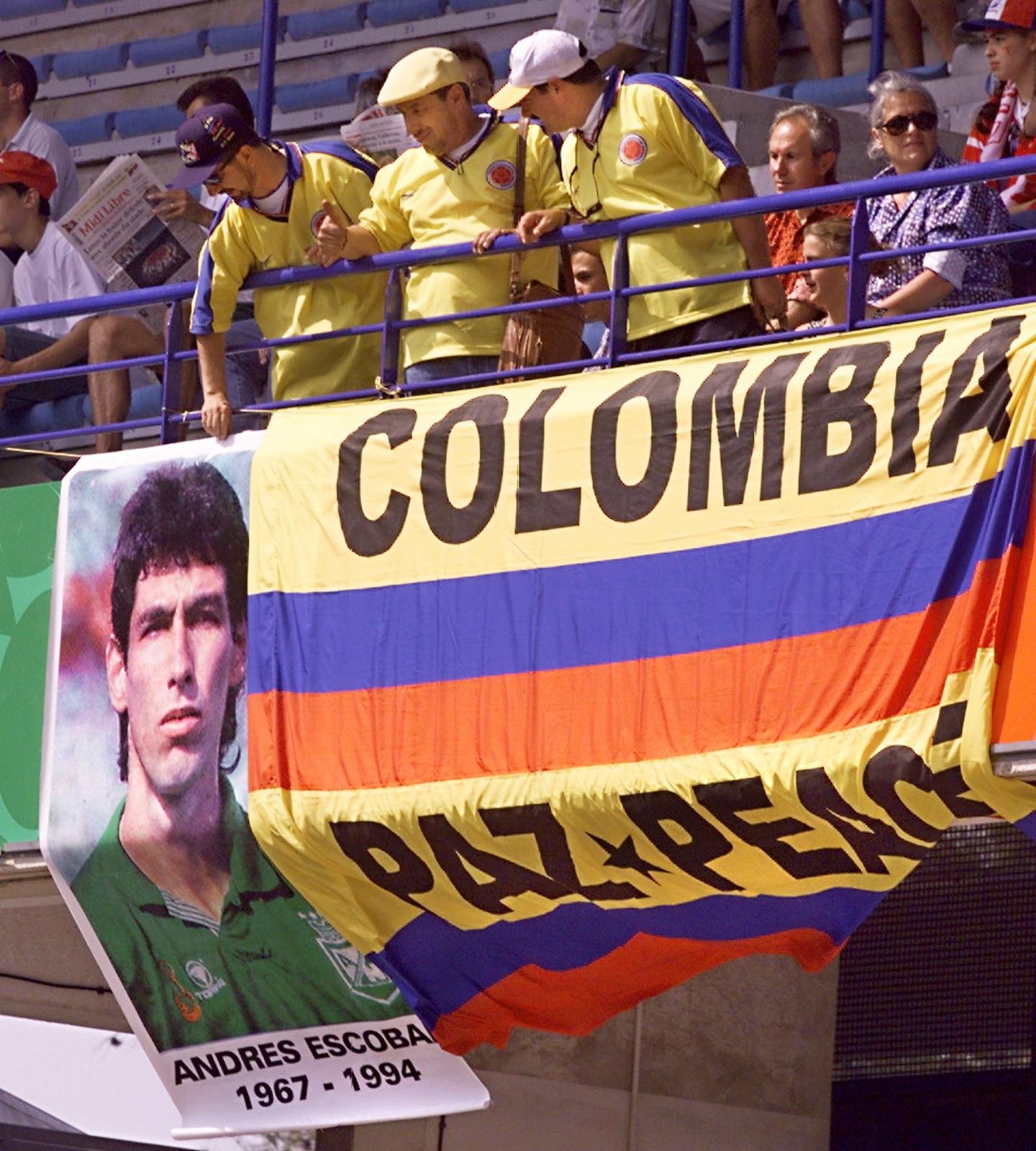 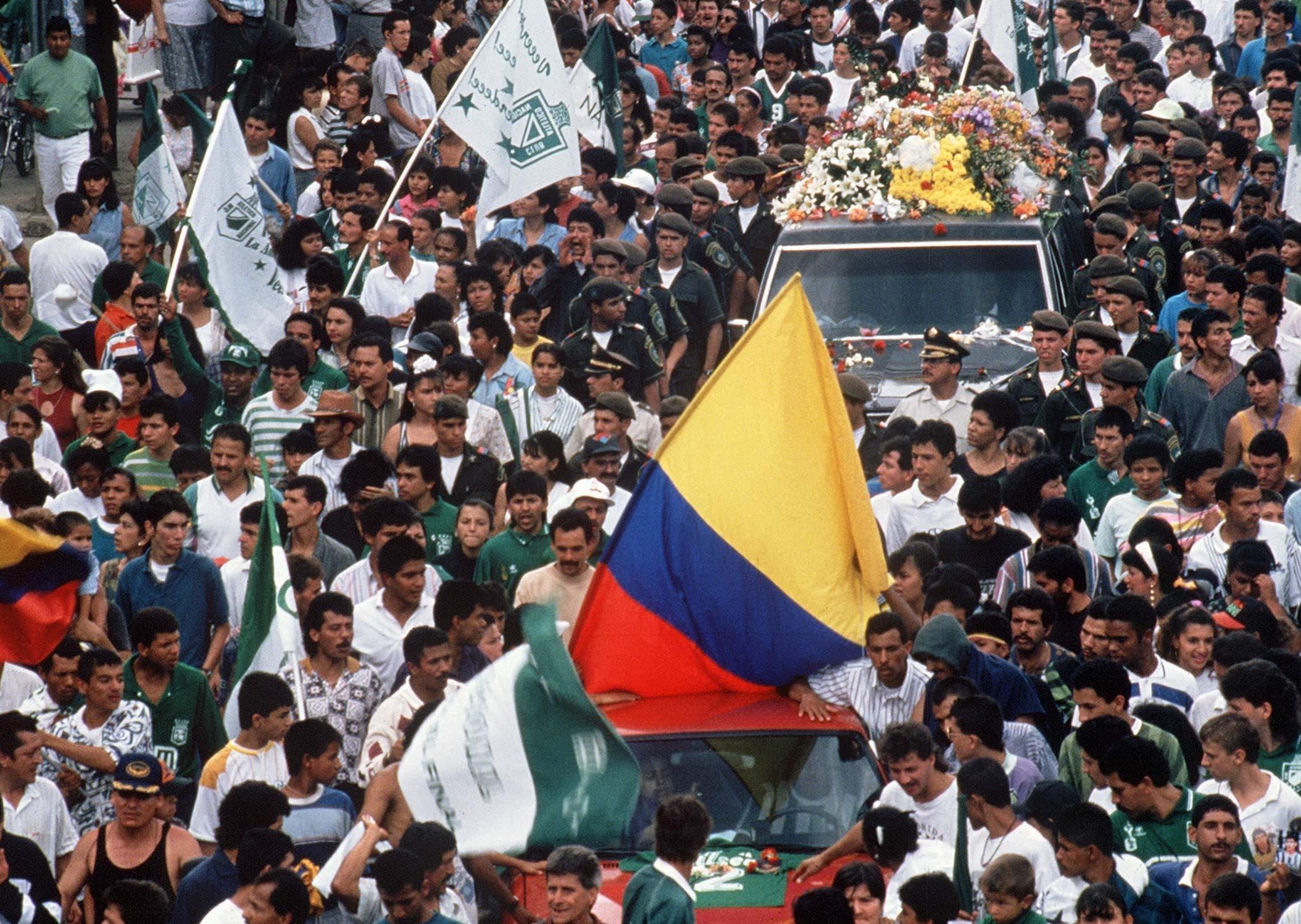