How did Chris Daughtry's daughter pass away?

ON FRIDAY, November 12, 2021, the body of Hannah Price, Chris Daughtry's step-daughter, was found in her Nashville home.

The singer has since cancelled his upcoming tour shows, and has returned home to grieve with his family.

What was Hannah Price's cause of death?

Sources close to the Daughtry family have revealed that detectives allegedly told the family Hannah Price's death was ruled a homicide.

Hannah was found dead in her home on Friday.

Her alleged boyfriend at the time of her death, Bobby Jolly, was reportedly arrested on Friday and taken to Fentress County Jail.

Police have not yet revealed if his arrest was in connection to Hannah's death or if he is considered a suspect.

"I am still processing the last 24 hours. I am absolutely devastated and heartbroken.

"I just recently lost my mother to cancer but I was blessed with the chance to say goodbye and I was processing it privately.

"We never got to say goodbye to our precious Hannah and it’s another huge hit to our family.

"Thank you all for your kind words and condolences. They are truly felt and appreciated. I am now taking time be present with my family as we attempt to heal from this devastating loss.

Did Daughtry cancel their upcoming shows?

Following the unexpected death of his step-daughter on Friday, Chris Daughtry revealed that he was returning from tour with his band, Daughtry, and cancelling the forthcoming shows.

The band left for tour on November 3, 2021, and were set to travel across America for the remainder of the year.

It is unclear at the time on whether or not Chris will return to tour with his band this year, but shows through November 16th have been rescheduled.

"Due to the unexpected death of Chris and Deanna Daughtry' s daughter, Hannah, all currently scheduled shows for the coming week for Daughtry have been cancelled or postponed. The Daughtry family thanks you for your understanding and respectfully asks for privacy during this very difficult time.

Further details will be made available at a later date. The investigation into this tragic death is still ongoing." 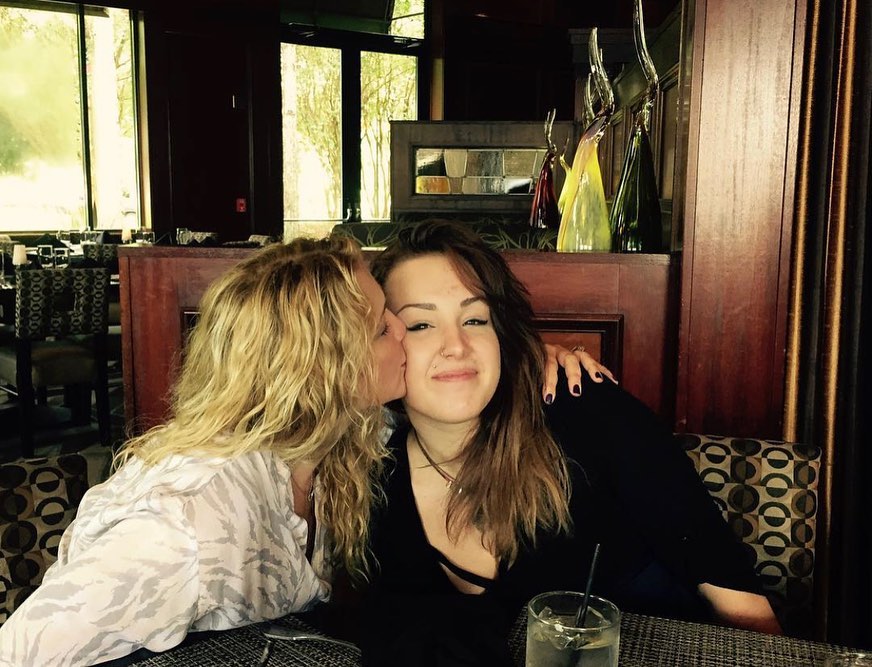 Who was Hannah Price?

Hannah Price was the daughter of Chris Daughtry's wife, Deanna, from her first marriage. Her biological father,Randall Scott Price, reportedly died in March of 2018.

Unconfirmed reports have suggested Hannah was the mother to a child, as Deanna Daughtry uploaded a photo of a baby in 2020 with the comments congratulating her on becoming a grandparent.

Hannah Price was the sister of Griffin, another one of Deanna's children from her previous marriage.

Deanna and Chris Daughtry had twins via surrogacy in November of 2010. The twins are named Adalynn Rose and Noah James.

"My first born. I love you endlessly Hannah. Our family would like to thank you all for the outpouring of love as we grieve the loss of our daughter Hannah.

"We are awaiting the autopsy results to determine how Hannah sustained the injuries that caused her death. Our hearts are broken."