A cross-dressing pilot who was put in charge of a major airbase was in fact a double killer who was unmasked by a detective in an interview which finally undid his double life.

Russell Williams, 55, a British born Colonel in the Canadian air force, was known among peers as an exemplary serviceman but a murder investigation unveiled the dark secrets he had hidden.

The incredible true story of the decorated pilot’s double life is not being told in a new documentary, detailing how he went from breaking into women’s homes and posing in their underwear – to rape and murder.

Criminologist David Wilson will tell how the pilot in the Royal Canadian Air Force rose to the commander of CFB Trenton, Canada’s largest military airbase – before his crimes were revealed. 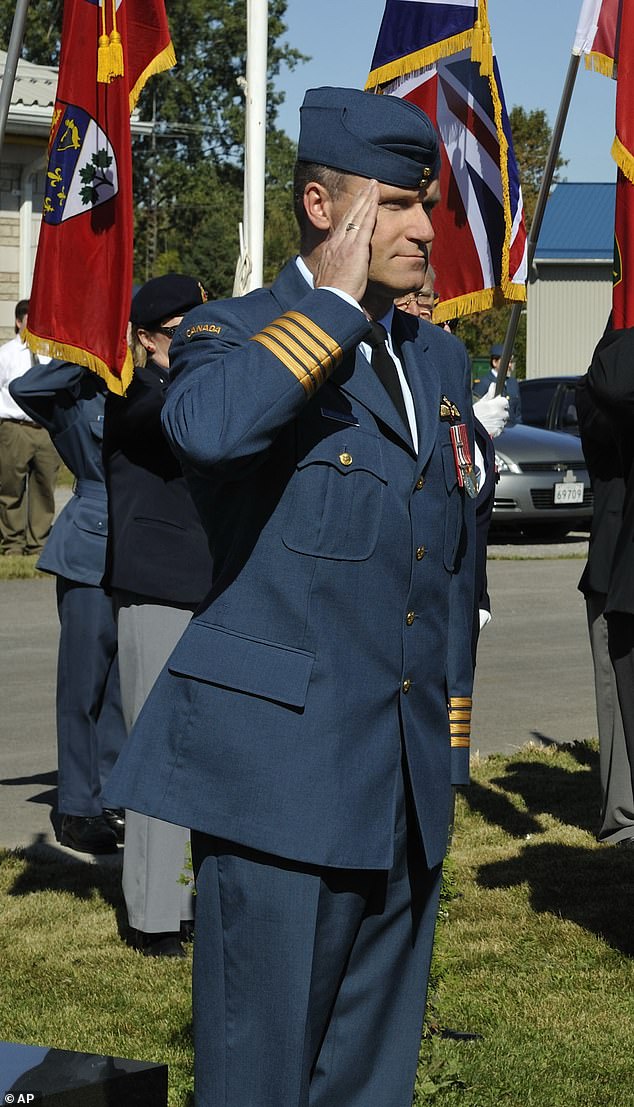 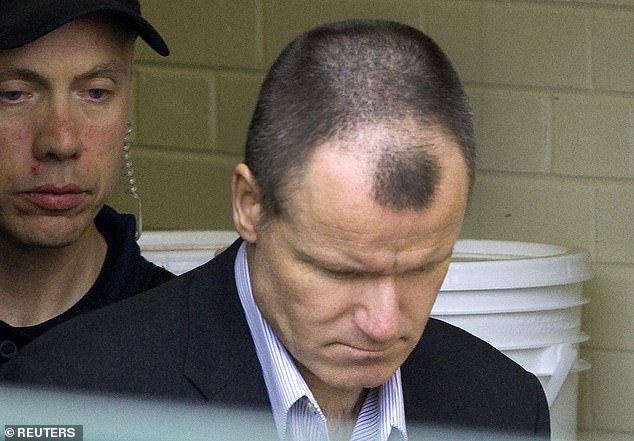 Colonel Russell Williams, former Commander of Canadian Forces Base Trenton, is escorted from Belleville court after being sentenced October 21, 2010 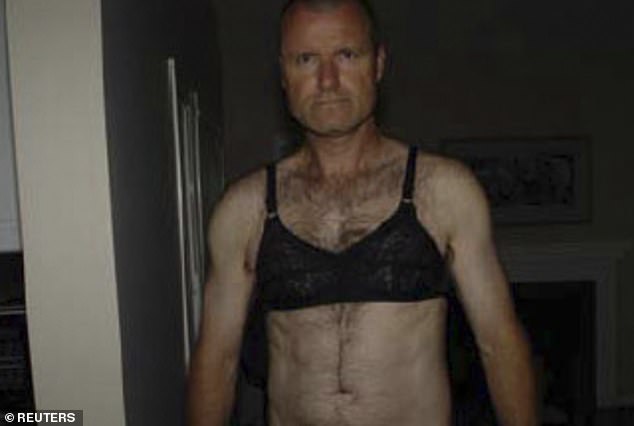 Williams poses in lingerie taken during a break-in committed in 2008. HE eventually confessed to dozens of fetish break-ins for lingerie 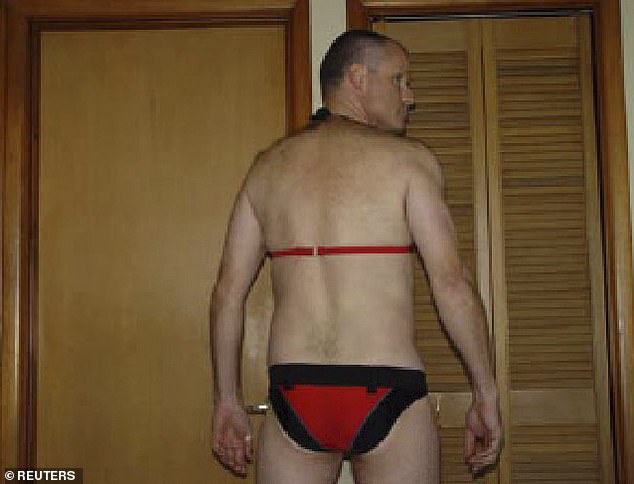 During his military service the pilot born in Bromsgrove, Worcestershire, even flew the Queen and Prince Philip when they visited the country, the Daily Record reported.

In 2010, it was discovered he killed Corporal Marie-France Comeau, 38, and Jessica Lloyd, 27, when he finally confessed.

His story will be told by Scottish criminologist David Wilson, Emeritus Professor of Criminology at Birmingham City University in CBS Reality TV special Voice of a Killer – The Colonel, which is on Tuesday at 10pm.

Talking of his criminal timeline from break ins to killings, Mr Williams said: He said: ‘He was incredibly fascinating from a number of different aspects. This is somebody who is commanding Canada’s largest military air base until his arrest in 2010. He had been flying the Queen, he’s decorated, he’s British. 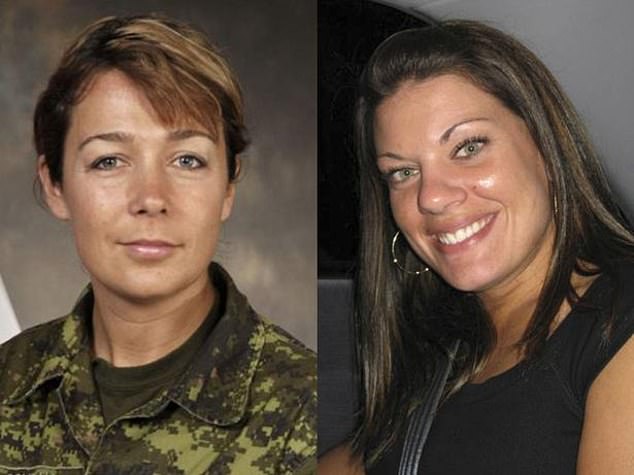 ‘Whenever I have worked with people who have committed comparable offences, there is always a progression.

‘You don’t wake up one morning and just decide that you are going to murder somebody or abduct them or tie them up.

‘Those kind of sexual deviancies have been present in your past for a very long period of time. What you see with Williams is almost a case book progression.

‘He would then do home invasions whereby he would tie the women up until he is eventually committing murder.’

He was a high-profile role model who went from overseeing ceremonies for bodies of soldiers killed in Afghanistan to killing.

He was found eventually to have committed dozens of break-ins, which began in 2007.

In 2009, he committed two sexual assaults. 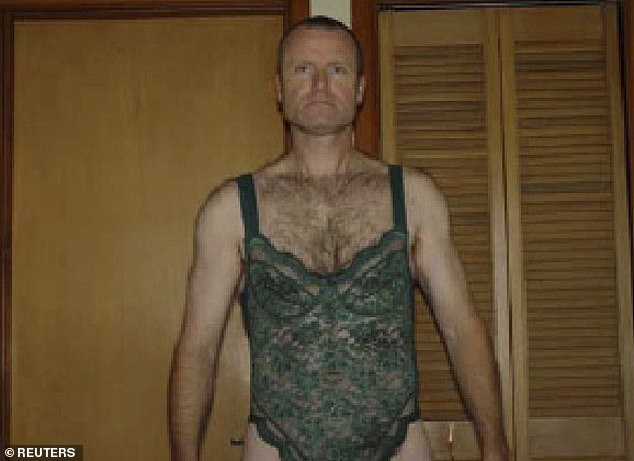 Colonel Russell Williams, seen in this evidence photo released by the court, poses in lingerie taken during a break-in committed in 2007 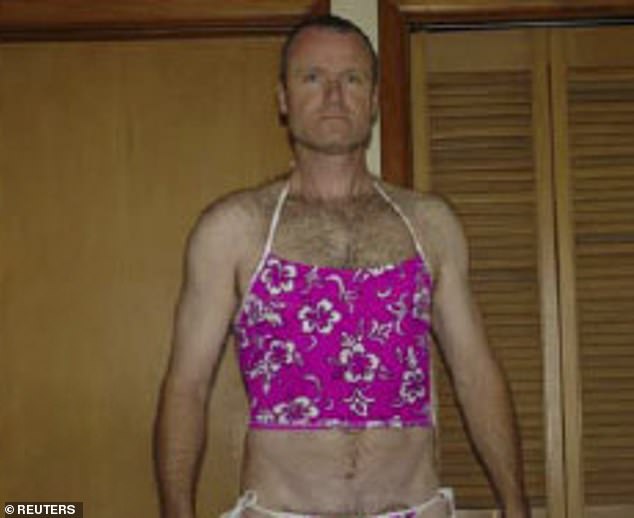 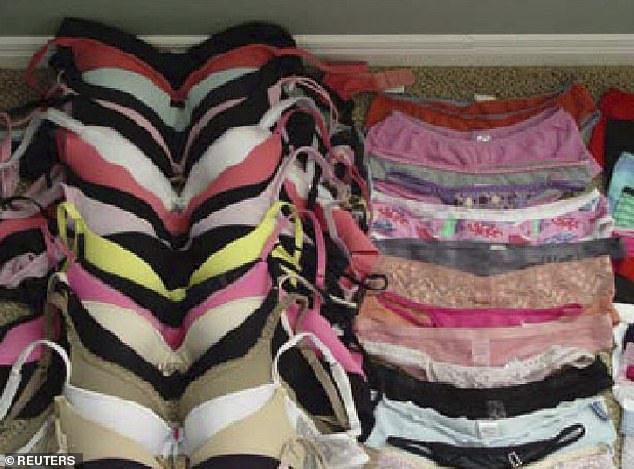 Articles of lingerie, stolen and catalogued by Colonel Russell Williams in 2009 who eventually admitted to rape and murder

But his crimes took a sinister twist later that year when he broke into the home of Corporal Marie-France Comeau, who was under his command at Canadian Forces Base Trenton.

He attacked her and killed her – and captured the whole horrific assault on camera – before heading back to base and alter sending his condolences to her father.

Years later, in January 2010, he claimed his next victim.

Despite dumping her body the pilot had not cleared his tracks and tyre prints matching his car were found in a field near her home. 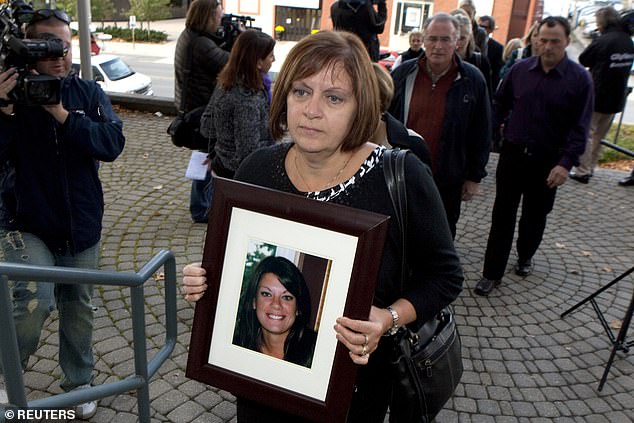 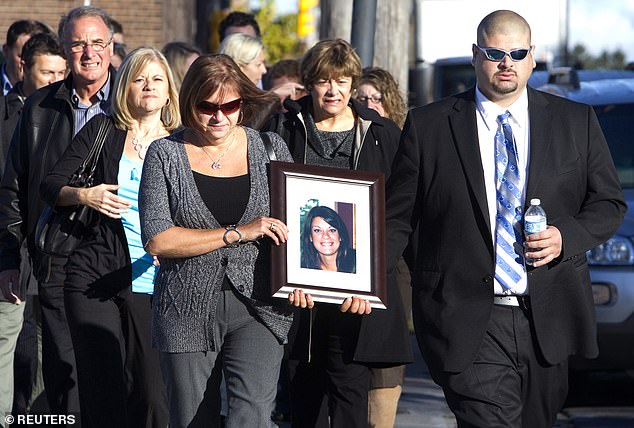 He said: ‘Over the course of 10 hours he is literally revealing to Williams the evidence that is going to tie him to the two murders.

‘When Williams first enters the interview scenario, he is a very powerful man, he’s highly decorated.

‘He’s filled with power and he kind of presumed, I think, that he would just be able to overcome this quietly-spoken police sergeant, who asked him to come in on a Sunday to talk about one or two things that he wanted to get clarified.

‘You begin to see the tables turn in the course of the interview when you see the scales fall from Williams’s eyes and Smyth gets him to not only confess to the murders but also tell them where he has buried the body of Jessica.’

In North America the controversial Reid Technique allows officers to lie and say DNA has been found at the crime scene to force a confession whereas in the UK evidence should be found first.

Jim Smyth was highly praised for not using the Reid technique – and getting a confession anyway, through skilful questioning.