Shopkeeper Ken Hodson-Walker was serving a customer when Anselm Ribera and brothers Declan and Christopher Morrissey raided the small post office on January 9, 2009. 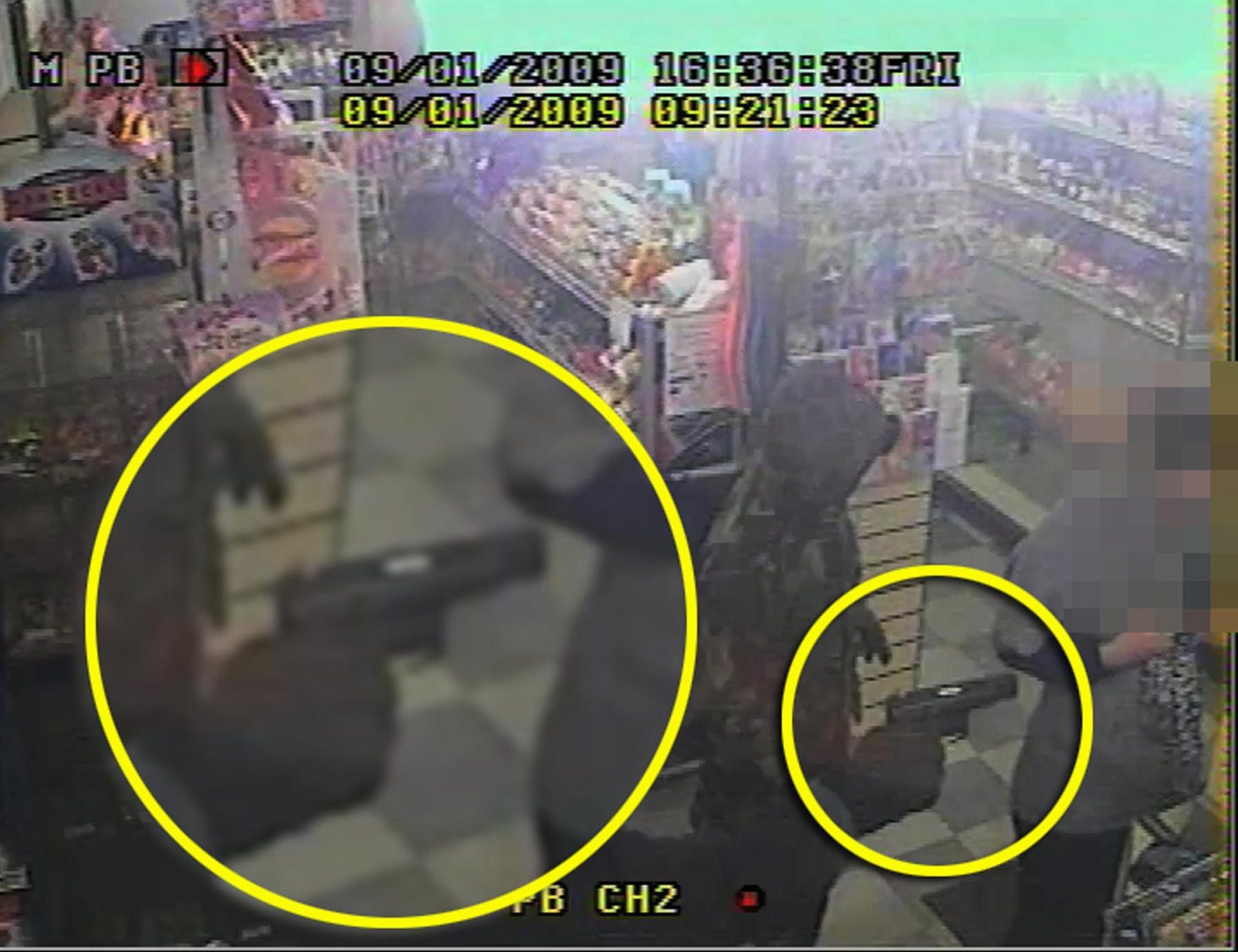 Son Craig, 29, tried to protect his dad with a cricket bat but was blasted to death by Ribera. Ken, 56, was hit in his left leg.

The murder weapon was never recovered, and its whereabouts remain unknown.

Unlike in the US, where guns are relatively easy to get hold of, the cost and difficulty of sourcing them in the UK means they can pass through the hands of dozens of criminals to be used again and again.

Police can track these guns through many shootings. 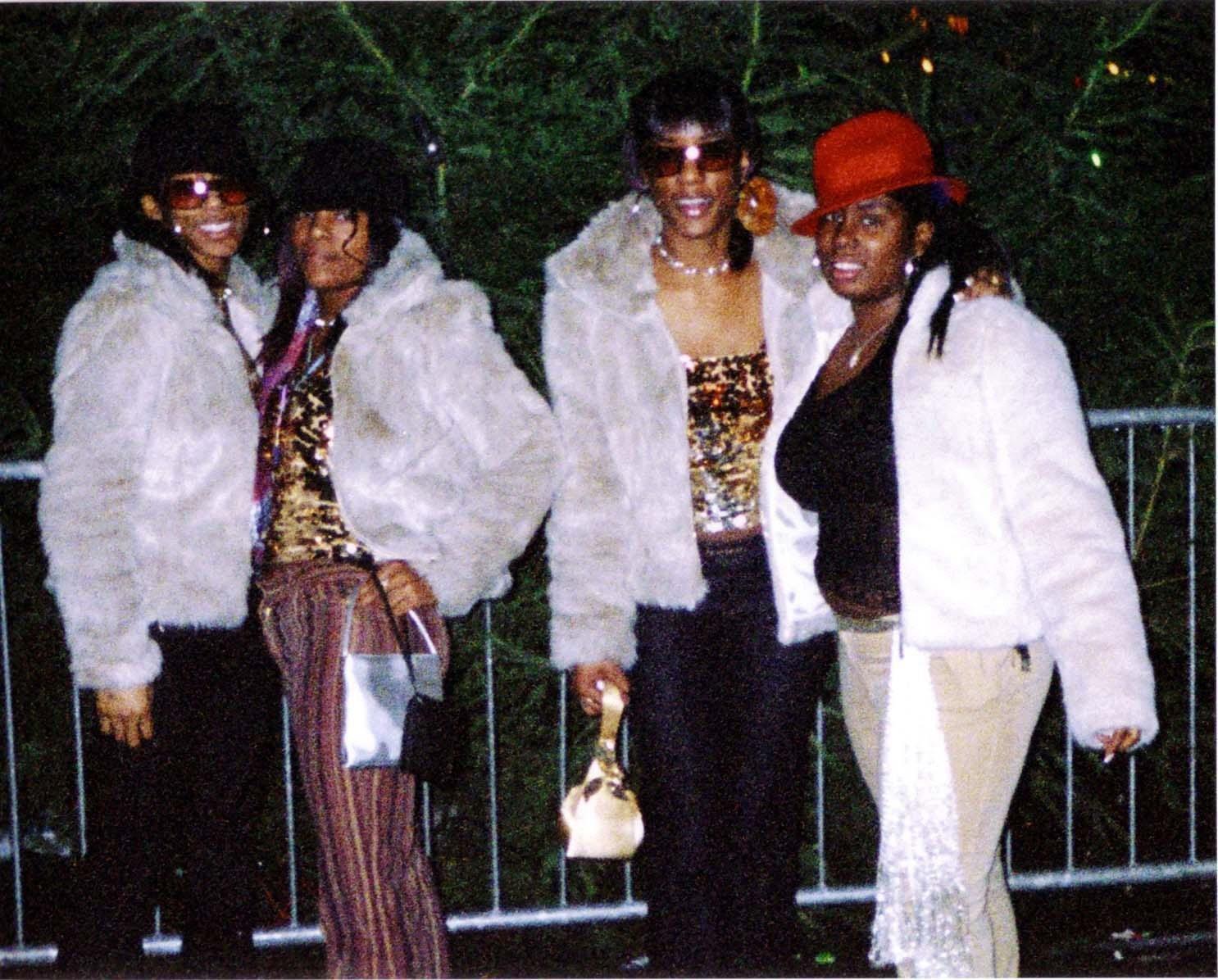 One stood out which had been used more than any other, the SIXTH weapon on the list — a 9mm handgun similar to a CZ 75 pistol.

Ballistics experts used bullet casings found on the post office floor to identify the weapon used in the raid. 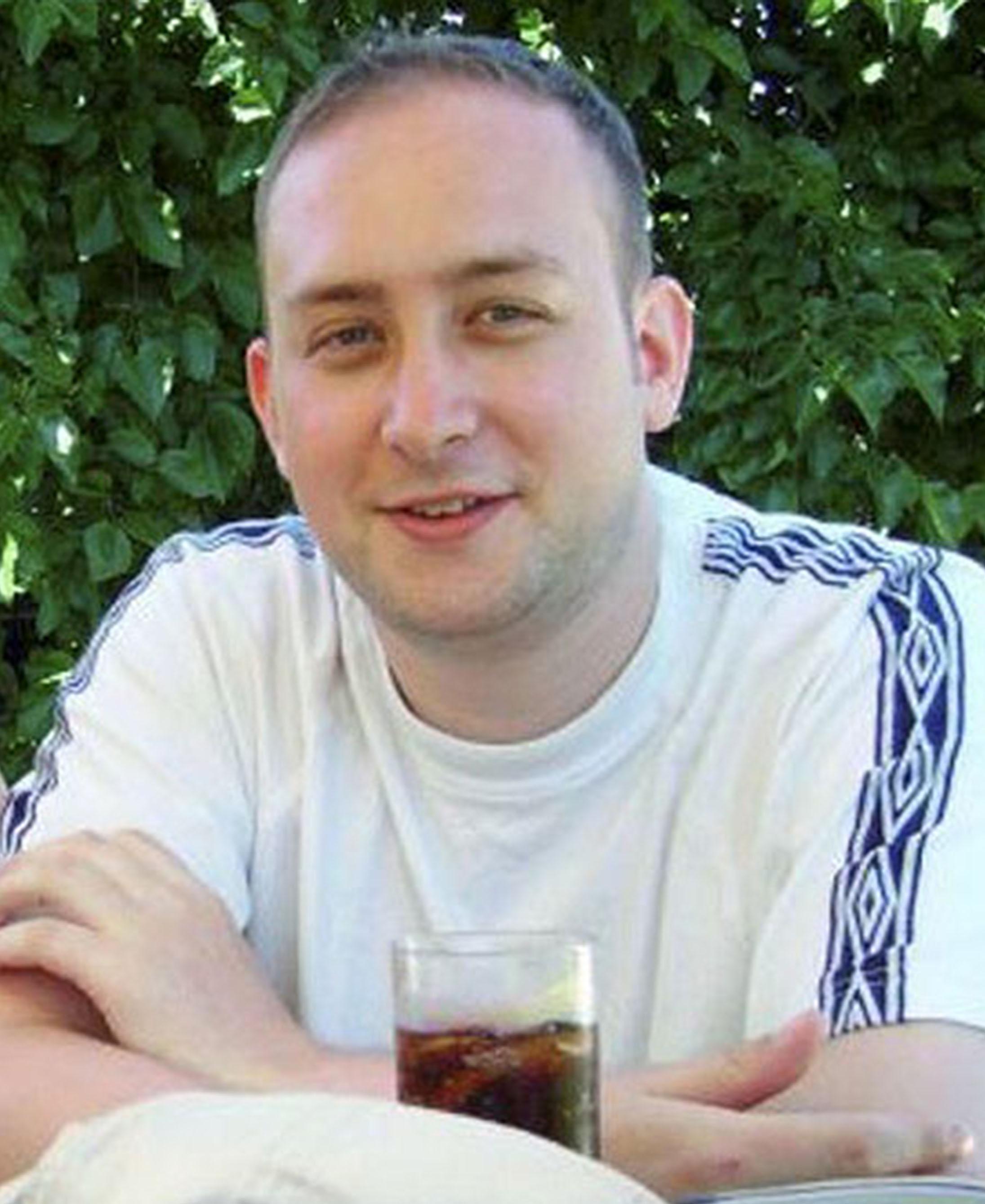 Every time a bullet is fired, the gun’s hammer leaves unique markings on the casing, which is then ejected from the chamber.

Forensics teams can also look at bullets for “rifling” marks — a pattern caused by imperfections inside the gun barrel, again unique to each weapon.

The 9mm used to kill Craig had first been fired six years earlier on the streets of Birmingham. Many of the shootings are linked to notorious Birmingham crime gangs the Johnson Crew and the Burger Bar Boys.

It was their lethal feud which saw innocent friends Letisha Shakespeare, 17, and Charlene Ellis, 18, gunned down in crossfire in 2003. 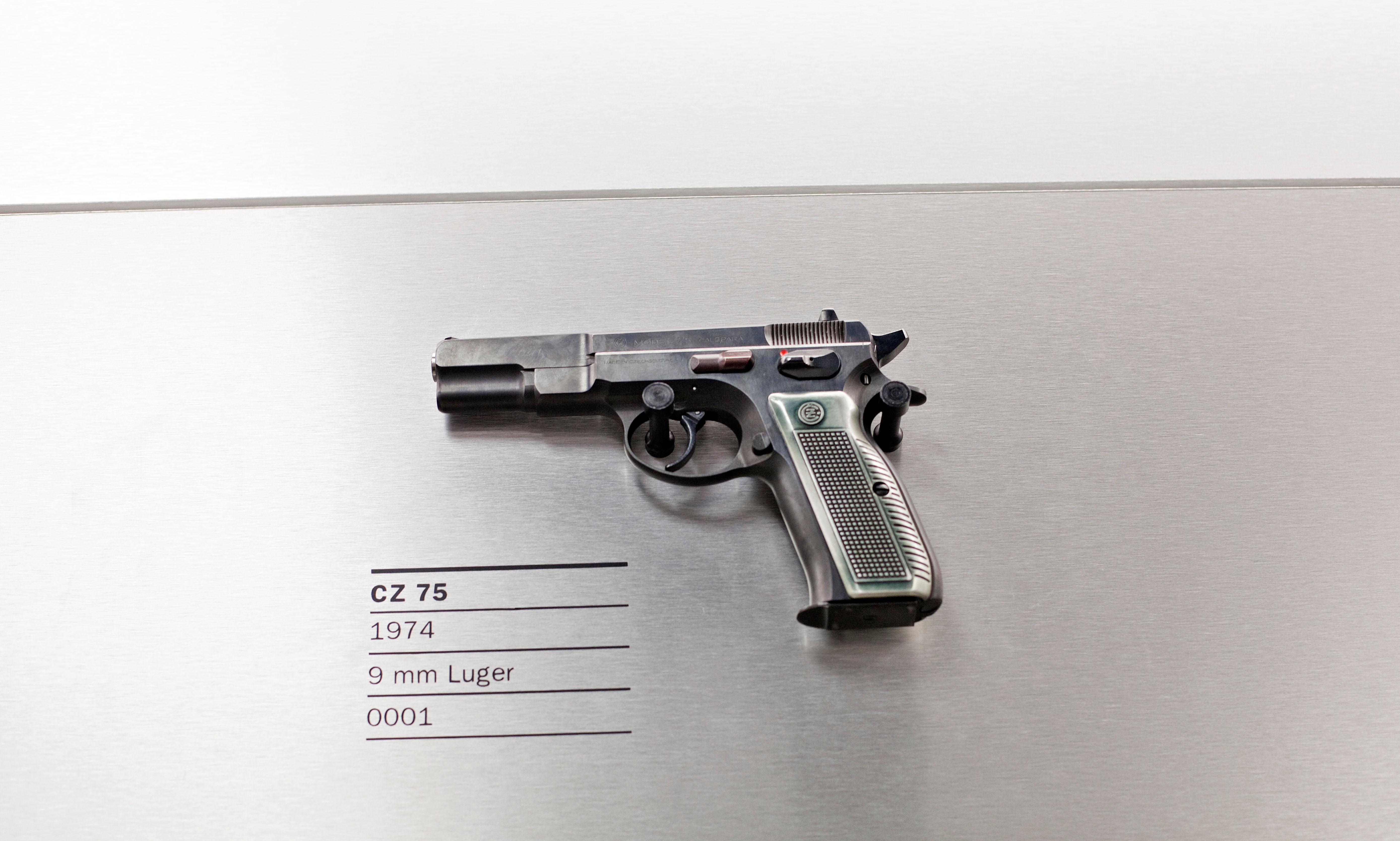 They were killed outside a hair salon as they left a New Year’s party.

A new documentary, Gun No 6, uncovers the history of the weapon through dramatic reconstructions using former offenders to piece together the crimes.

Five men who all have convictions for gun crime help to reconstruct each shooting for the film.

Though they are unconnected to Gun No 6, they offer a valuable insight into the mind of someone who would want to pull a trigger. 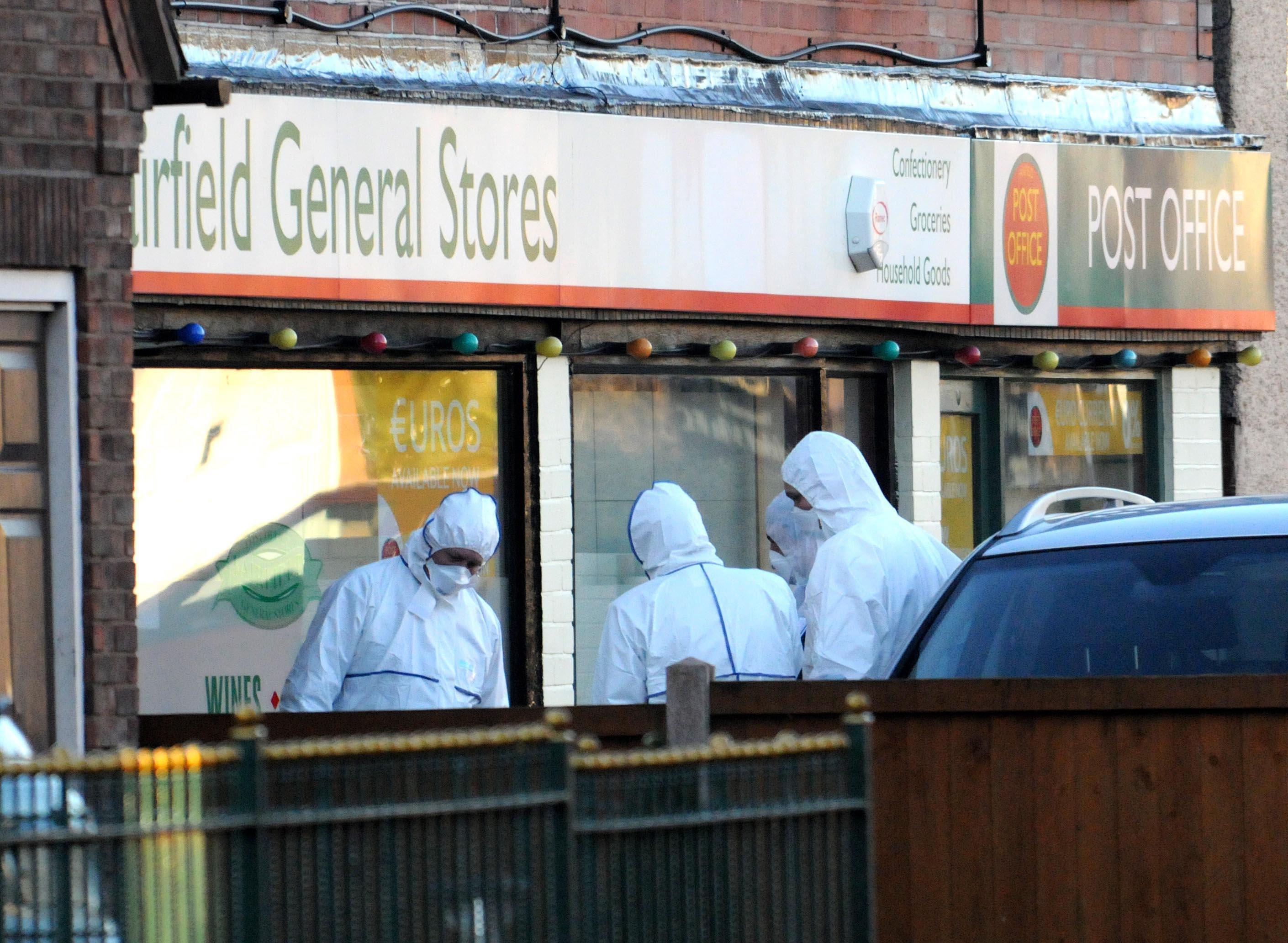 Based on the limited information in police files, they help recreate all 11 shootings the gun has been used in.

On these pages we look at the shootings and chart the gun’s deadly path through Birmingham’s underworld. 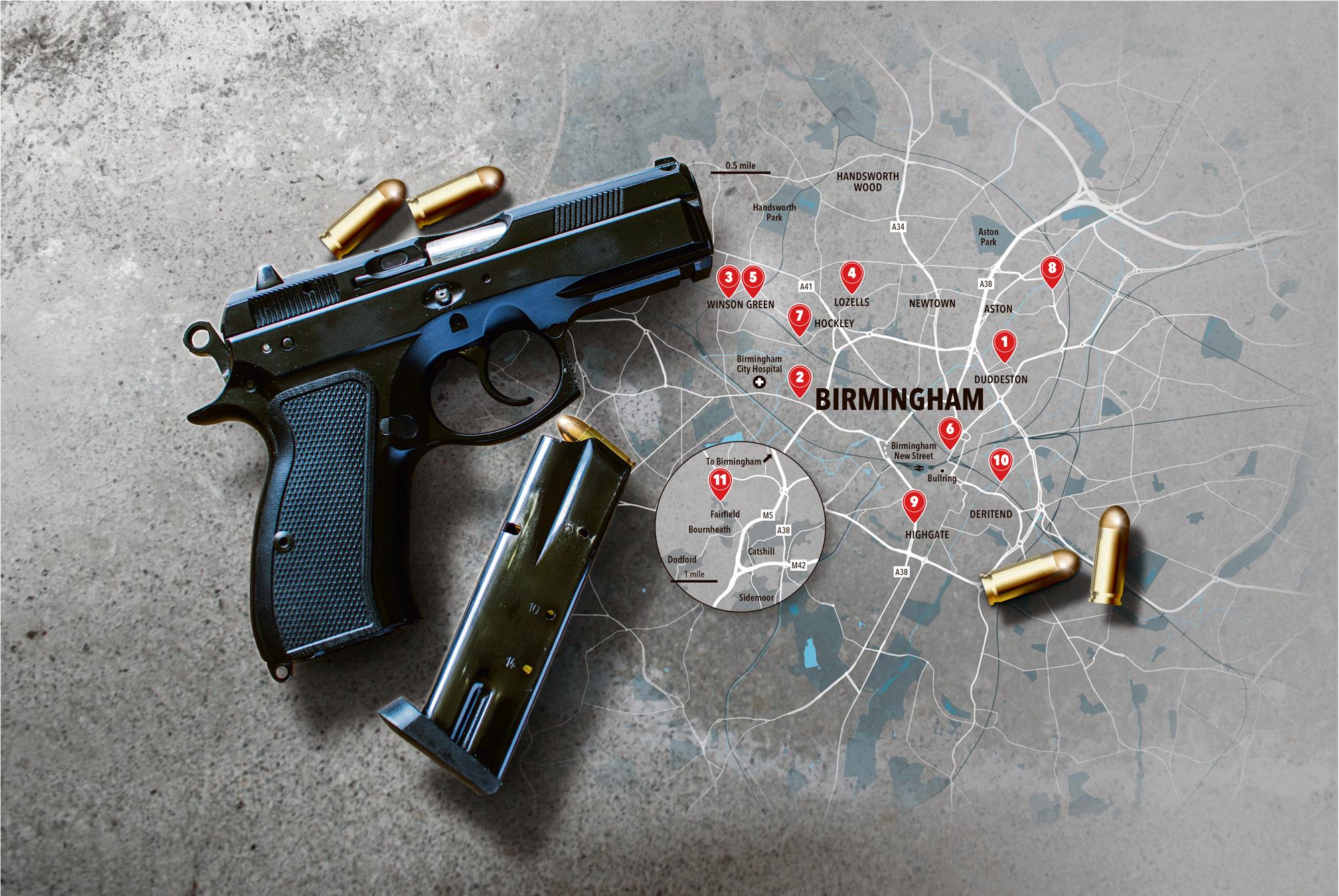 Police find two bullet casings but no witnesses and no CCTV. Nobody is willing to admit they had been the ­target of an attempted ­shooting. 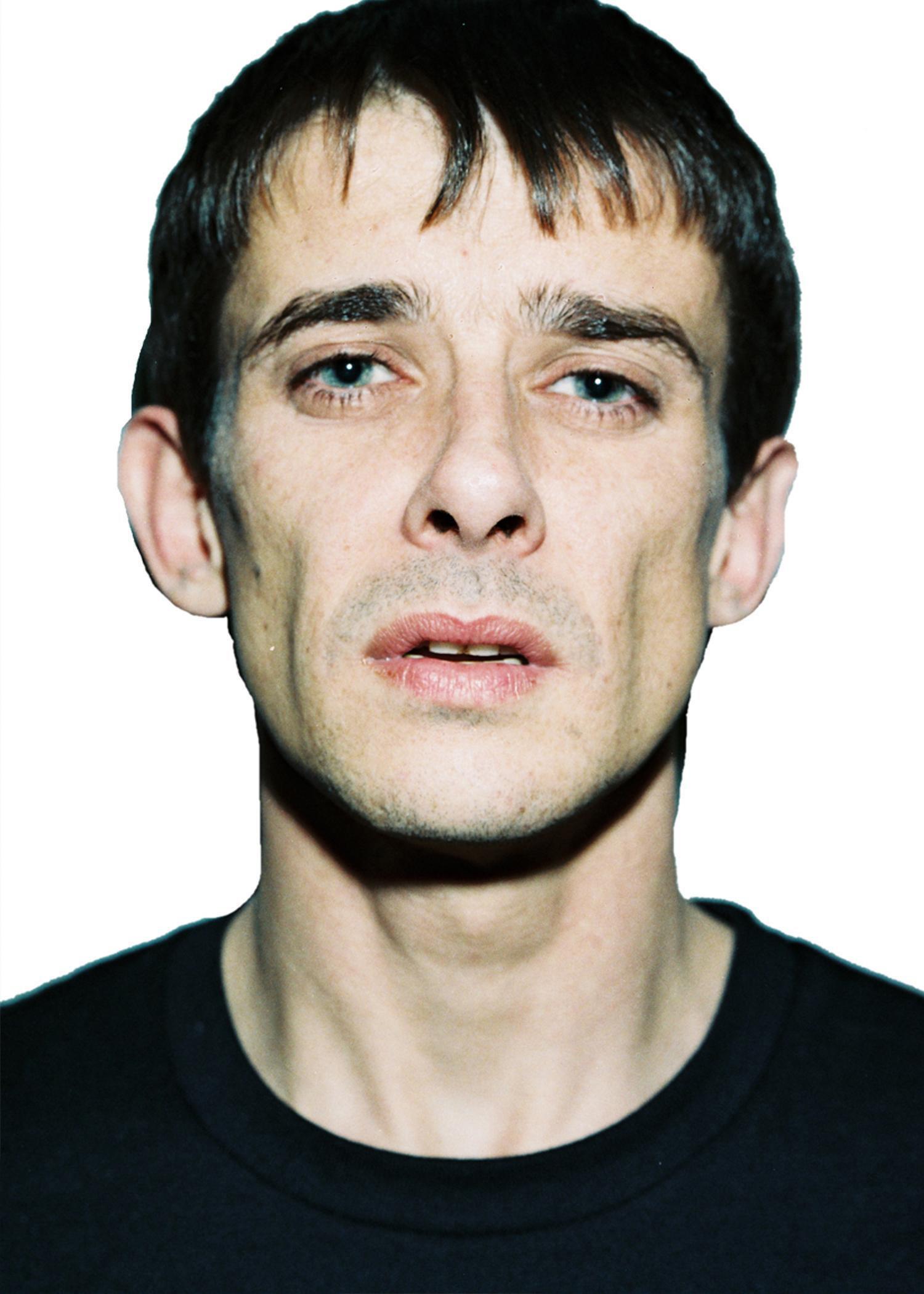 They ask for details of another gang, before speeding off in a car as their rivals emerge. Shots are fired and seven casings are found.

Blood at scene is cleaned with bleach. Victim lives but does not co-operate. 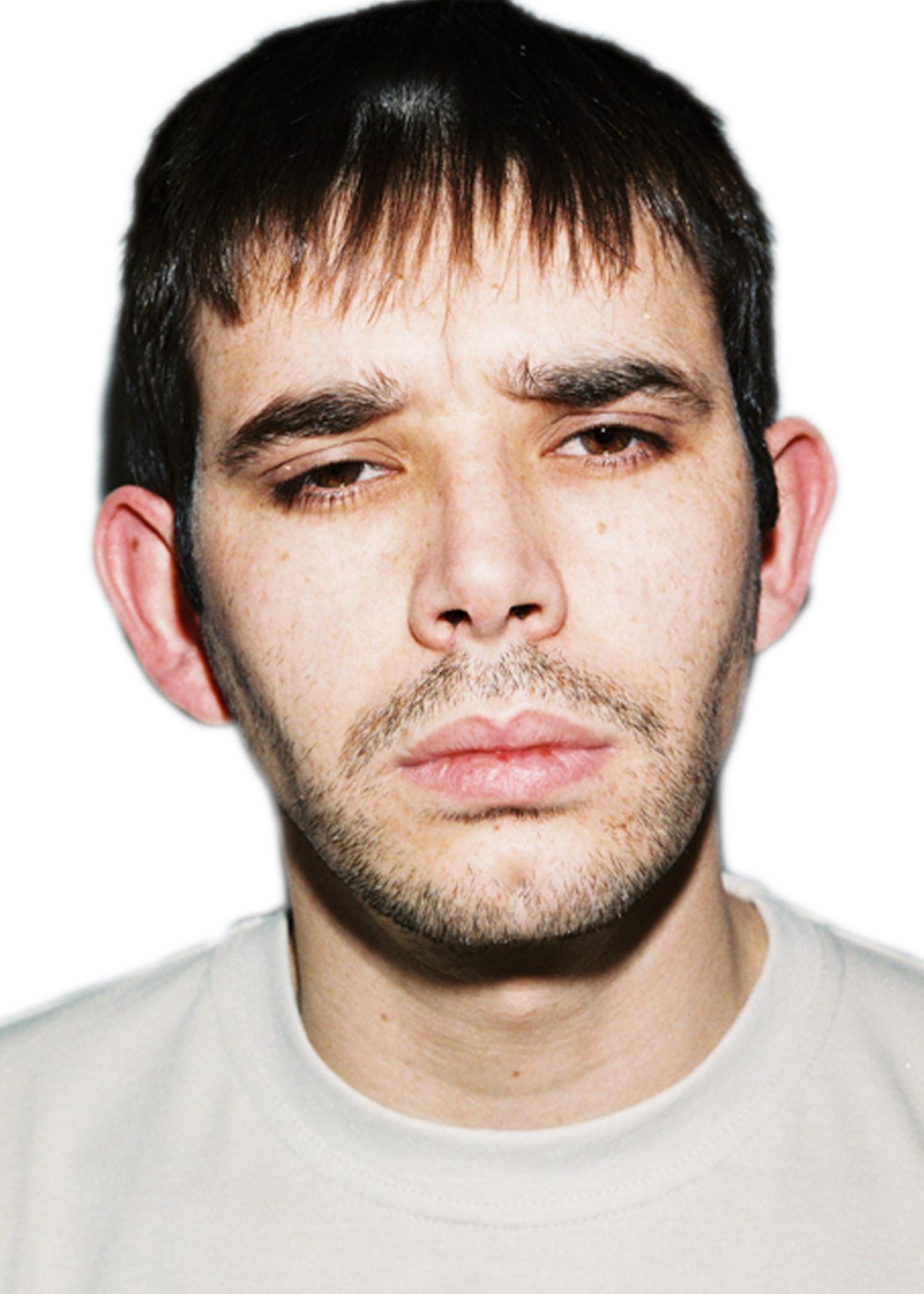 A man is shot in the leg but goes home before calling for an ambulance. No witnesses come forward and the victim refuses to talk to the police.

He gives no information to the investigating officers. He is the ­youngest victim of Gun No 6. The case of attempted murder remains unresolved. 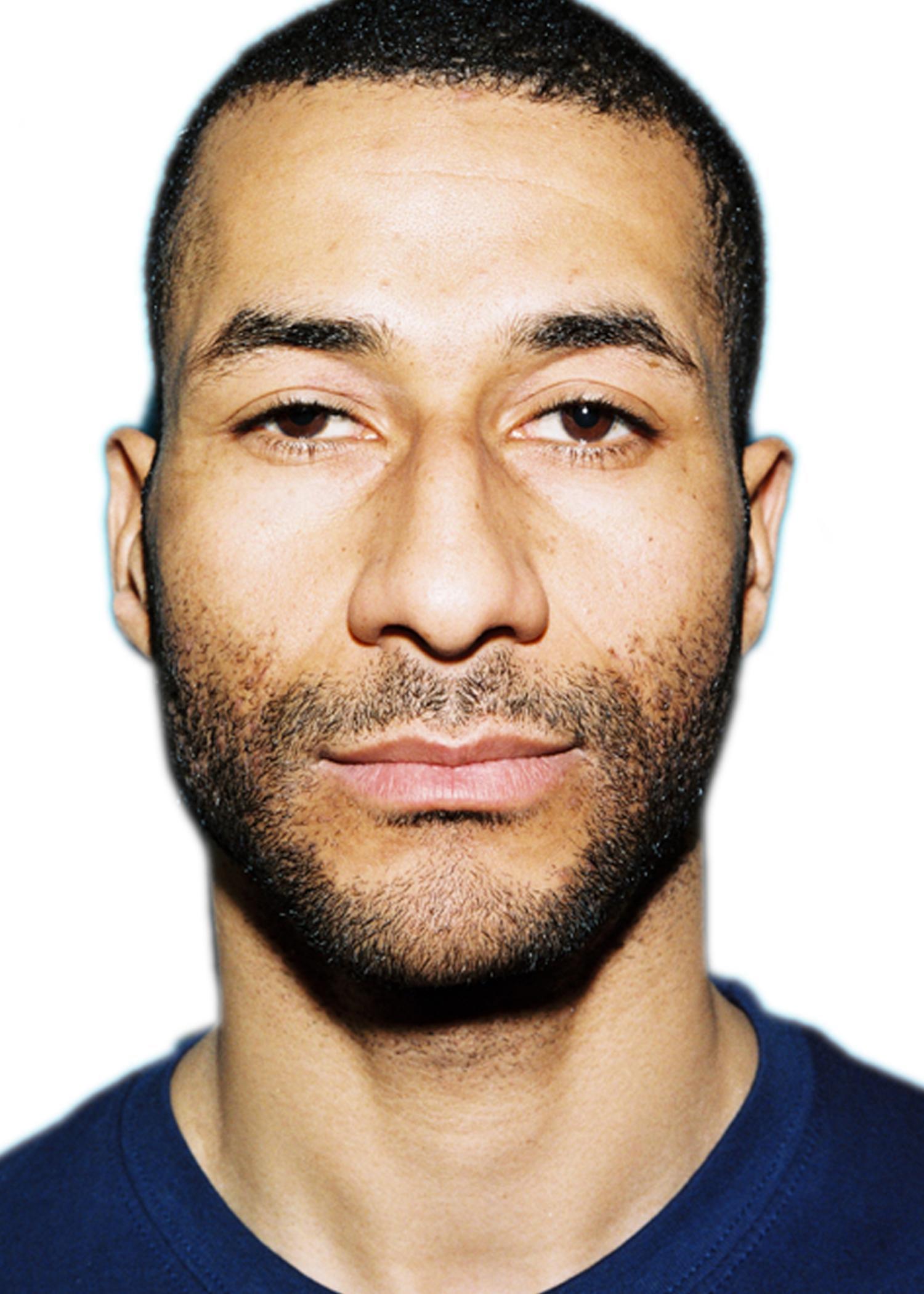 A young woman is asleep inside the vehicle and, luckily, escapes uninjured.

Later, £3,000 of heroin is found in one of the bullet-riddled cars. A shot goes through the wall of a house but owners refuse to make a police statement.

Five bullet casings are found in the road. Despite CCTV and witness statements, the vehicles involved are not identified. 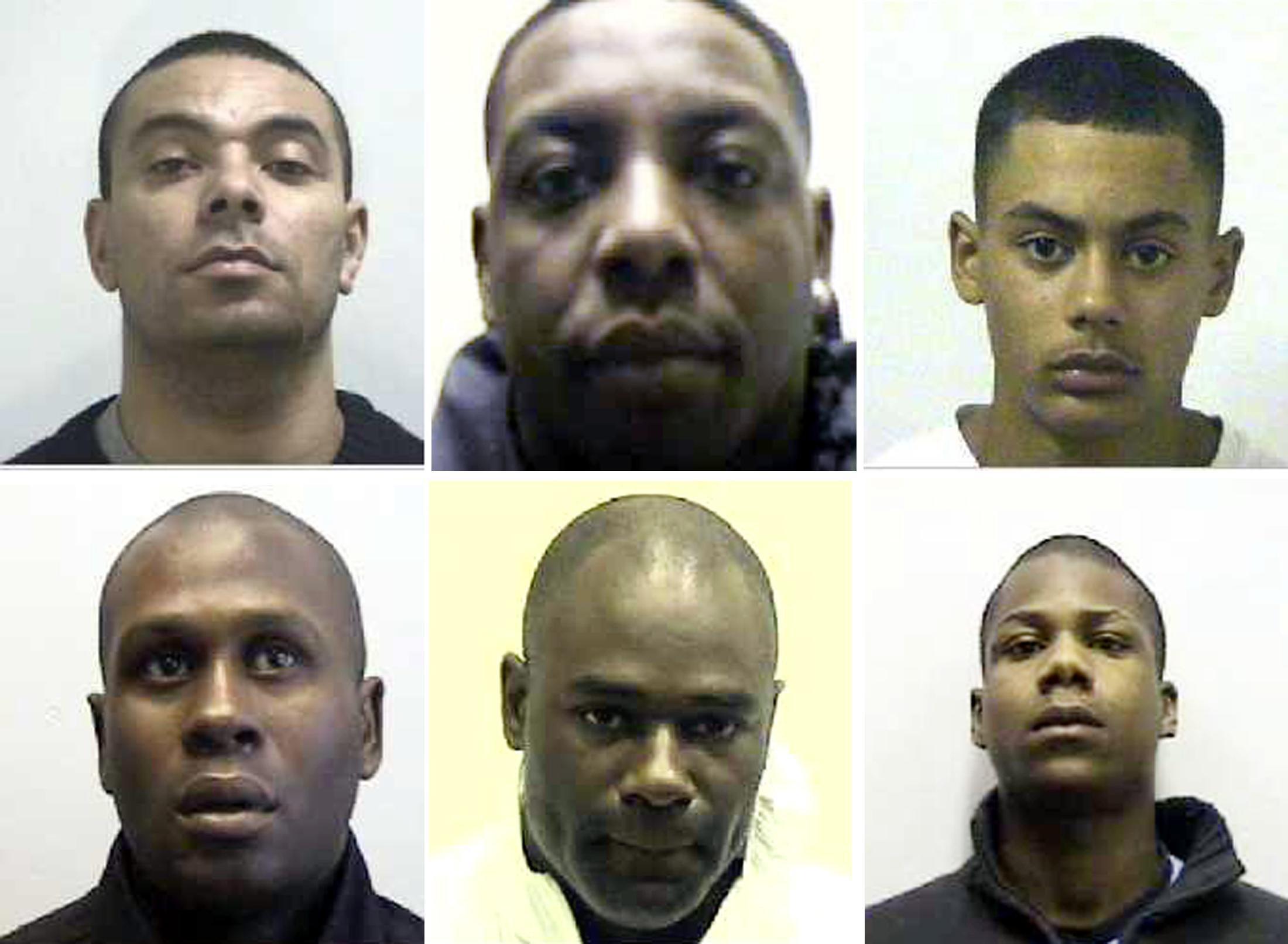 November 20, 2004 – BRISTOL ST – men linked to the Johnson Crew walk around the city, rushing into nightclubs.

Bouncer Ishfaq Ahmed, 24, is shot dead as he attempts to stop them at 3.30am. Three colleagues are wounded. Six men are jailed for murder. 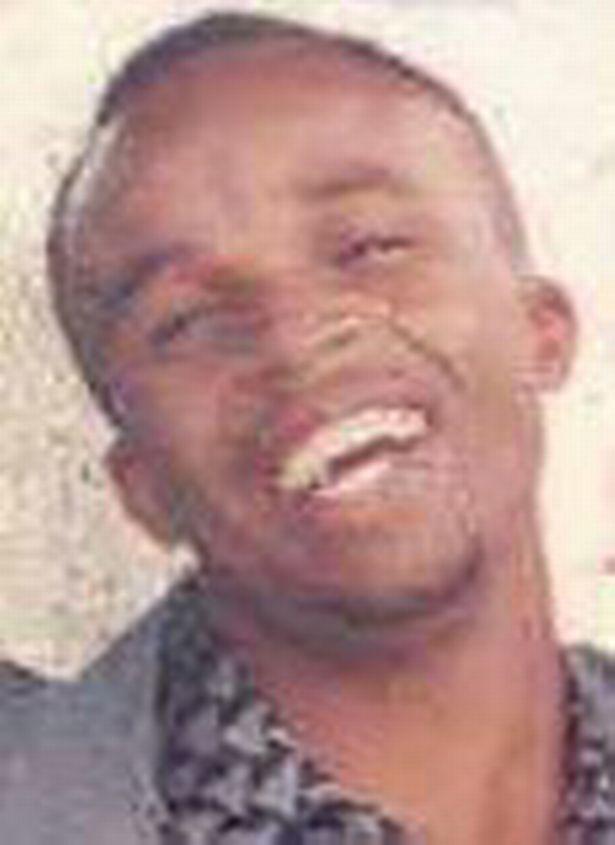 July 23, 2005 – HEATH MILL LANE – eight months after it was last fired, Gun No 6 is in the hands of Kemar Whittaker, who tracks down Andrew Huntley and twice shoots him in the head under a railway arch.

January 9, 2009 – STOURBRIDGE RD – Gun No 6 disappears until it is used by the three post office raiders to gun down Craig Hodson-Walker.

Cops are still hunting for the firearm to this day.

THE main gangs in Birmingham were formed after the 1985 Handsworth riots when racial tension and other community problems boiled over.

Members were at the time united against attacks from right-wing extremism and racist gangs, and carried out vigilante patrols to protect their communities from “outsiders”.

But in the late Eighties, the threat of the far-right was fading and the city’s drugs trade was on a sharp rise.

With their common enemy gone, the gangs started fighting over whose turf cocaine and heroin was being sold on, and who should keep the profits.

They split according to their postcodes, taking new gang names from their regular hangouts – Burger Bar on Soho Road and Johnson’s Café on Heathfield Road.

Violence between the two groups quickly escalated by the Nineties – as the “Johnnies” from the B6 postcode area and the “Burgers” from B21 became locked in a turf war.

It culminated in the deaths of innocent Letisha Shakespeare and Charlene Ellis in 2003.

The intended target was a gang member, Jermaine Carty, then 23, who belonged to the Johnson Crew.

Carty, who was standing next to the girls at the time of the shootings, had been provoking gang rivals on stage at a nightclub earlier in the evening.

Four men, all members of the Burger Bar Boys, were jailed over the killings for a minimum of 35 years in 2005.

In 2010, an uneasy truce was instigated by Matthias “Shabba” Thompson, then 30, a member of the Johnson Crew, and captured in the Channel 4 documentary One Mile Away.

Violent crime in the two areas initially fell but a spate of shootings and murders earned Birmingham the title of Britain’s “gun crime capital”.

More than double the national average of gun-related incidents were reported in the city between 2015 and 2016.