CROATIA's capital was rocked this morning by a huge 5.3 magnitude earthquake less than 24-hours after it was locked down amid the coronavirus pandemic.

The quake struck north of the city of Zagreb leaving a trail devastation in its wake with nurses from the city's University Hospital Centre seen fleeing the crumbling building with newborn babies in their arms. 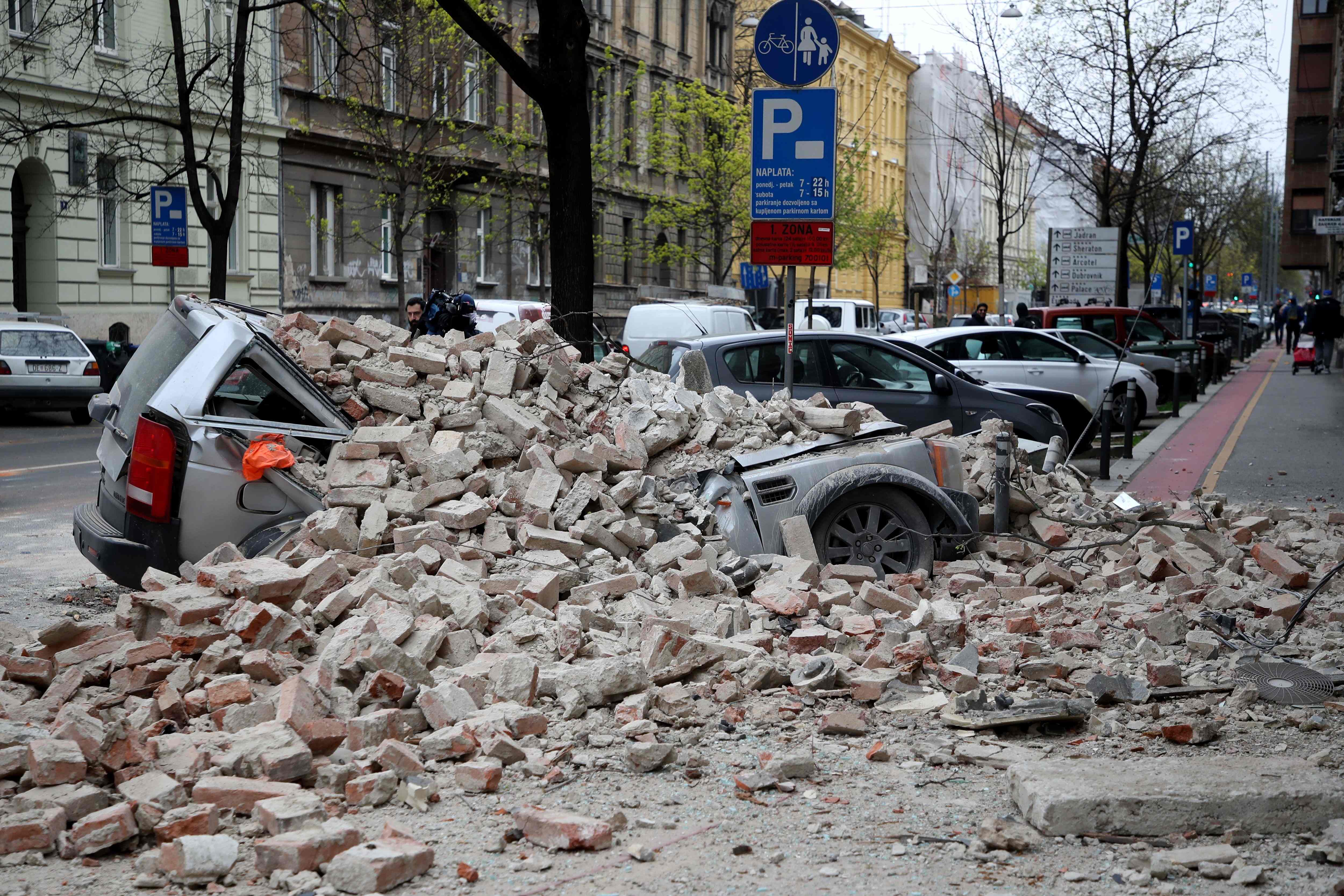 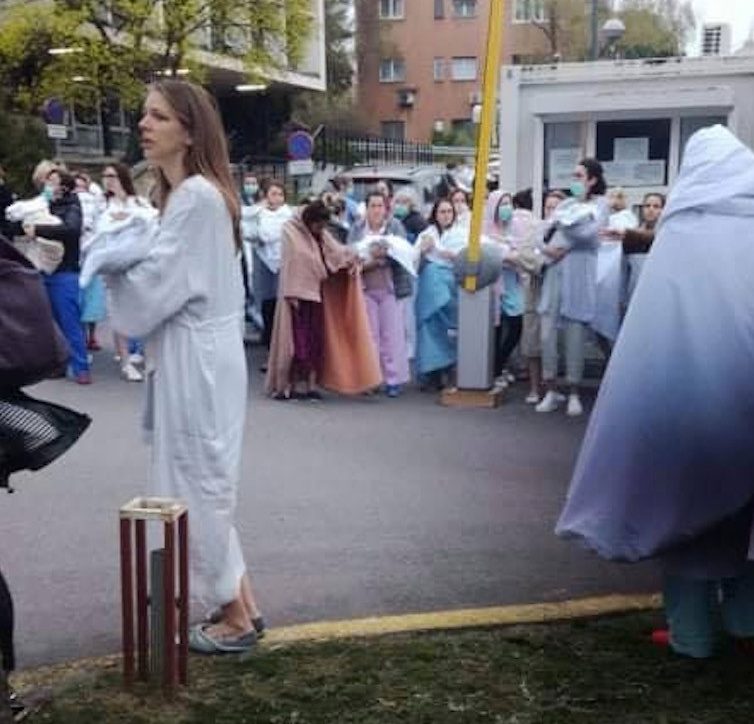 A 15-year-old girl is reportedly in critical condition and several people injured.

Zarko Rasic, the head of the Zagreb Emergency Medicine Institute said: "An ambulance team took to the field and found under a collapsed building a child who no longer showed signs of life."

However she was taken to hospital and is receiving treatment.

The quake was also felt across the Western Balkans with in initial reading of 6.0.

A witness told Al Jazeera: "It lasted over 10 seconds. By far the strongest I have ever felt."

The first ripples came around 6 am, which was then followed by the 5.3 magnitude blast north of the city.

An aftershock was measured at 5.1 by the European Mediterranean Seismological Centre (EMSC) .

Zagreb residents fled to the streets as buildings were razed, roofs crumbled and flying bricks and concrete destroyed cars.

Prime Minister Andrej Plenkovic said earthquake was the biggest in Zagreb in the last 140 years.
Footage from the scene showed mothers dressed in nightgowns hugging their newborn babies in a parking lot as they evacuated a damaged maternity hospital amid freezing temperatures.

The women, newborn babies and incubators were being moved to a new location with the help of the army.
Zagreb's iconic cathedral was also damaged, with the top of one of its two spires collapsing.
The cathedral was rebuilt after it toppled in the 1880 earthquake.

Power was cut as people ran out of their homes, internet is reportedly down in some areas and fires blazed in apocalyptic scenes.

The earthquake struck amid a partial lockdown of the capital because of the spread of coronavirus.

People were told to avoid public areas, such as parks and public squares, but had little choice as they fled their residences.

Up to five people are allowed to be together while keeping distance.

The prime minister urged the citizens to remain calm and stay outside their homes in the central parts of Zagreb, which sustained the most damage.

Prime Minister, Andrej Plenković described "two parallel crises that contradict eachother" as he urged citizens to maintain social distancing in the wake of the devastating tremors.

He added: "We will try to clear the streets as soon as possible.

"Stay outside your homes and keep distance."Croatian soldiers wearing masks and carrying shovels could be seen helping efforts to clear the damage on the streets of Zagreb.

Top officials toured the damaged areas as some citizens criticized city authorities over the poor states of buildings in the old part of the city, some of which date back to the 19th century.

Interior Minister Davor Bozinovic said the situation was complicated by the restrictive virus-related measures in place.

Croatia currently has 235 cases of the killer bug, with one death.