A brightly burning meteor was seen plunging from the sky in wide areas of Japan, capturing attention on television and social media.

The meteor glowed strongly as it rapidly descended through the Earth’s atmosphere on Sunday.

Many people in western Japan reported on social media seeing the rare sight, which lasted for a few seconds.

Local media said the fireball is believed to be a bolide, an extremely bright meteor that explodes in the atmosphere.

A bolide is a special type of fireball which explodes in a bright terminal flash at its end, often with visible fragmentation. 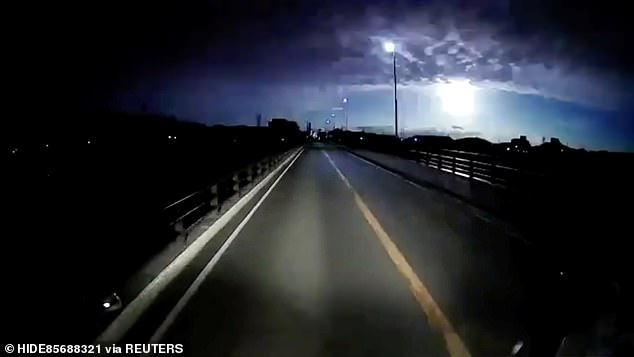 NHK public television said its cameras in the central prefectures of Aichi, Mie and elsewhere captured the fireball in the southern sky.

A camera at Nagoya port showed the meteor shining as brightly as a full moon as it neared the Earth, the Asahi newspaper reported.

Some experts said small fragments of the meteorite might have reached the ground.

‘The sky went bright for a moment and I felt strange because it couldn’t be lightning,’ said one Twitter user who saw the fireball. ‘I felt the power of the universe!’

‘Was that a fireball? I thought it was the end of the world…’ said another, tweeting a video of the meteor captured while driving. 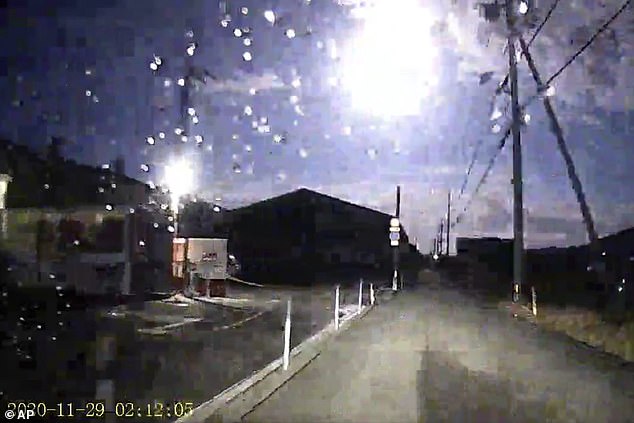 Dashcam footage showed the bright meteor (centre top), believed to be a bolide, in the Tokushima prefecture 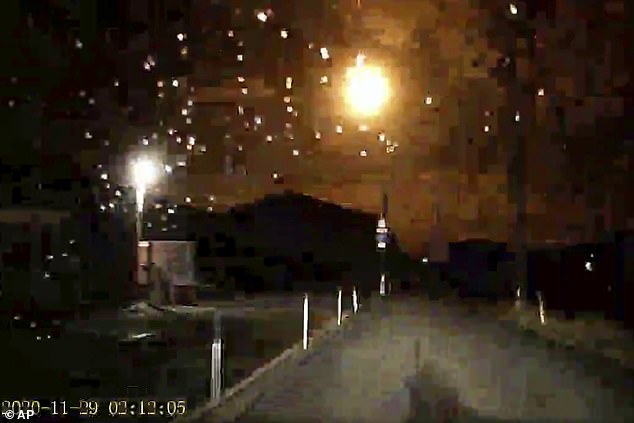 A similarly bright shooting star was spotted over Tokyo in July and later identified as a meteor, fragments of which were found in neighbouring Chiba prefecture.

Meteors are bits of rocks and ice ejected from comets as they move in their orbits about the sun.

When a meteoroid enters the Earth’s upper atmosphere, it heats up due to friction from the air. The heat causes the gases around the meteoroid to glow brightly, and a meteor appears.

Witnessing a fireball is a rare event – the vast majority of these meteors occur over oceans and uninhabited regions.

Those fireballs that happen at night also stand a small chance of being detected because few people are out to notice them.