STUNNED locals waved in disbelief as a decommissioned 130ft Boeing 727 plane motored along the M5, M4 and M32.

For fellow motorists, the aircraft was an unusual sight as it was transported to its new home in Bristol. 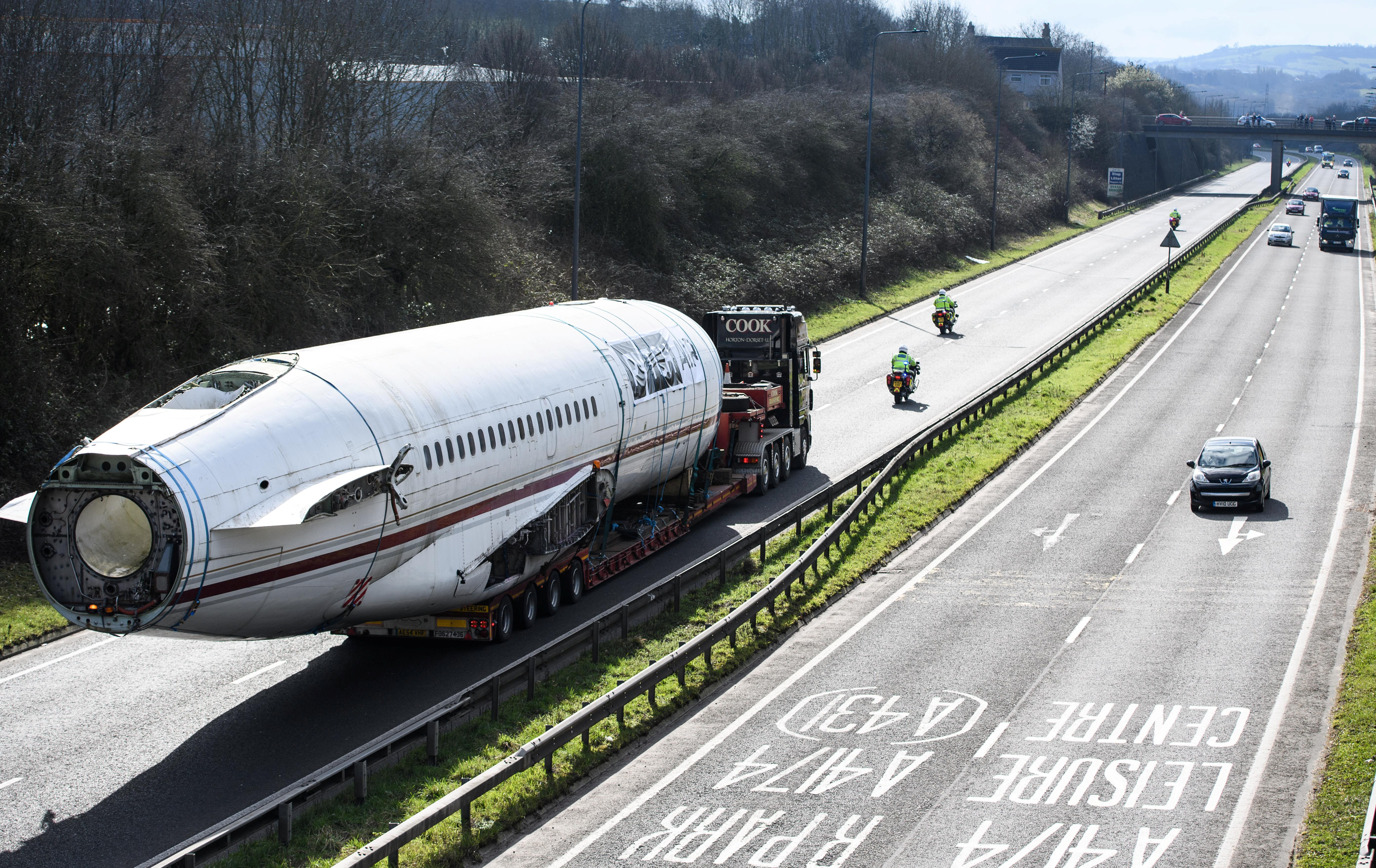 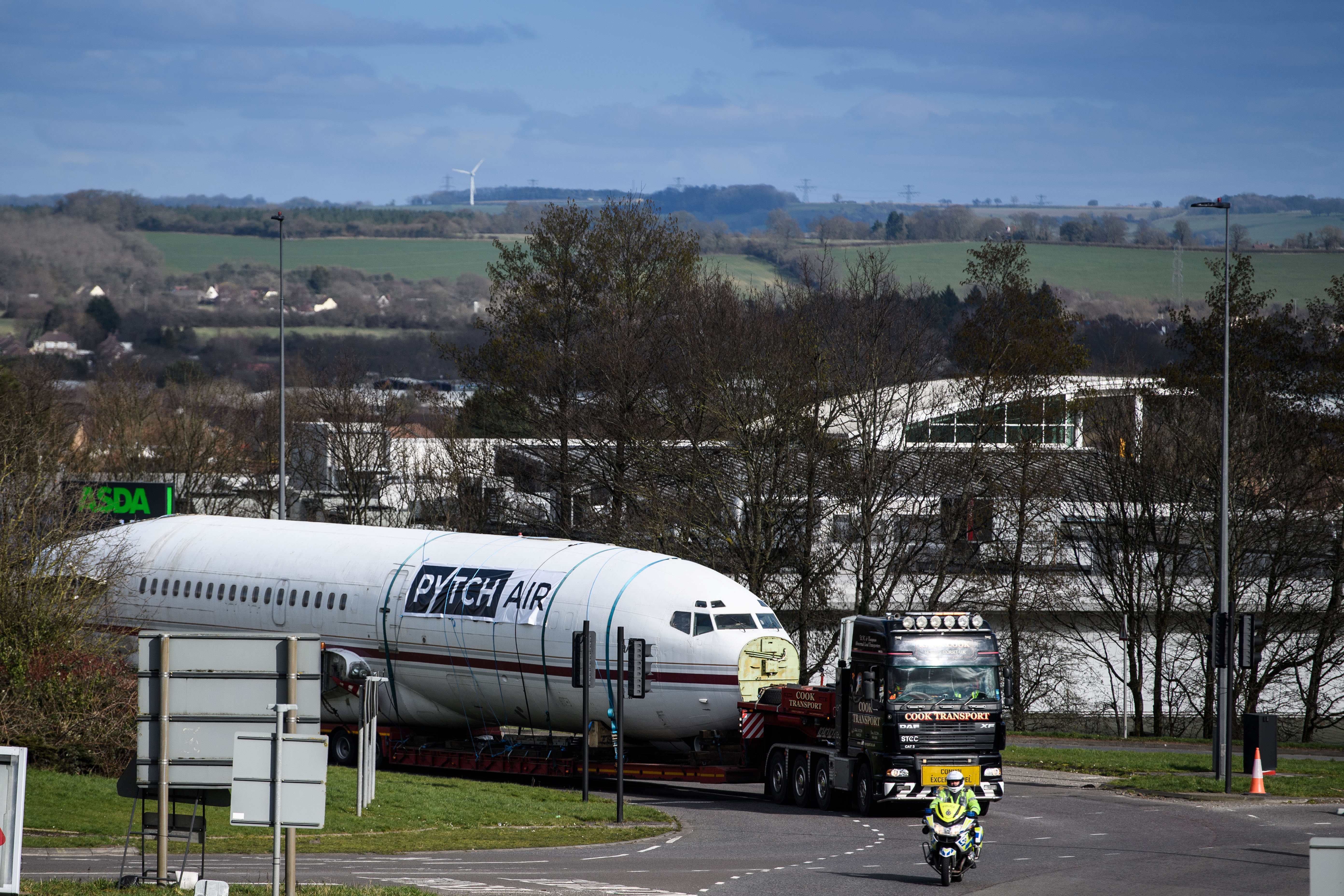 The jet, which measures a whopping 40m in length, is being transformed into an office space for a media and tech firm.

The aircraft began its journey from Cotswold Airport at 9am today before arriving at the headquarters of event technology company Pytch in Bristol.

The 40m plane – which is similar in size to a 737 flown by Ryanair – was in operation until 2012 before it was transported to Cotswold Airport to be salvaged and for some elements to be repurposed.

Originally sold for £50million when swapping from Japan Airlines to private ownership in the 1970s, Palmer was able to buy the aircraft for under £100,000 due to its lack of engine and wings.

Built in 1968 the jet – dubbed 'Pytch Air' – is set to be used as unique office space for the event technology company.

Pytch has used the transportation of the aircraft to help raise funds for Somerset-based charity Great Western Air Ambulance, which receives no day-to-day funding from the Government or National Lottery.

Palmer said: "Our virtual events studios have been getting busy since Covid and we need more space at Pytch.

"So rather than do resource and carbon intensive construction, we decided to re-purpose the icon of unsustainable hyper-consumption – the airliner private jet. And also have a lot of fun along the way.

"Pytch have chosen to support GWAAC because of the critical service they provide to the community.

"While we are moving a Boeing 727 down a motorway and having interesting and curious conversations about aviation, GWAAC are using flight to save lives – and that is something we really want to get behind and support." 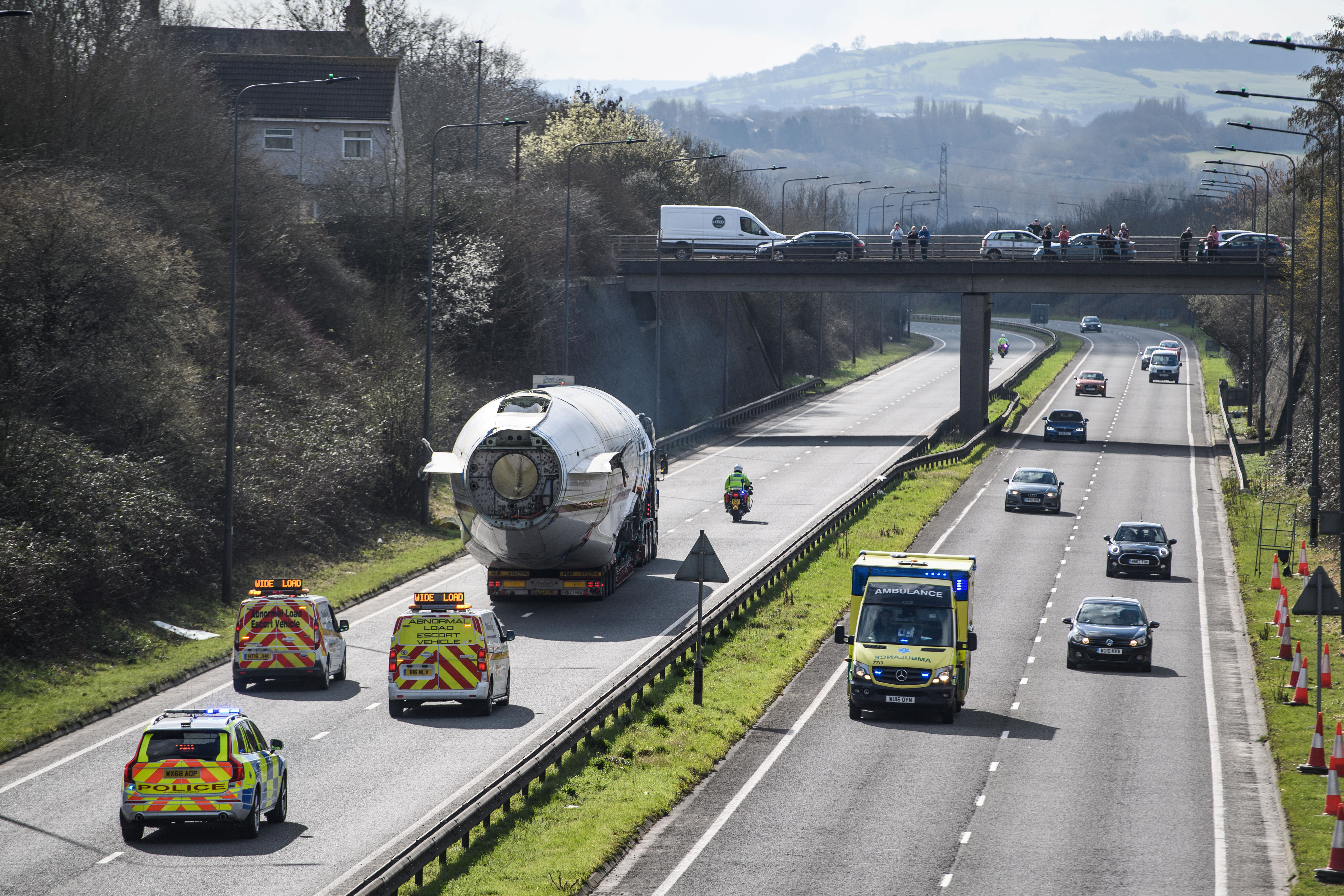