A DISTRAUGHT man was left vomiting and shaking after seeing a swimmer dragged underwater and mauled by a shark in the first deadly attack in nearly 60 years near Sydney.

The horrifying scene unfolded in front of dozens of fishermen and other beachgoers – who heard the victim's screams as the terror unfolded. 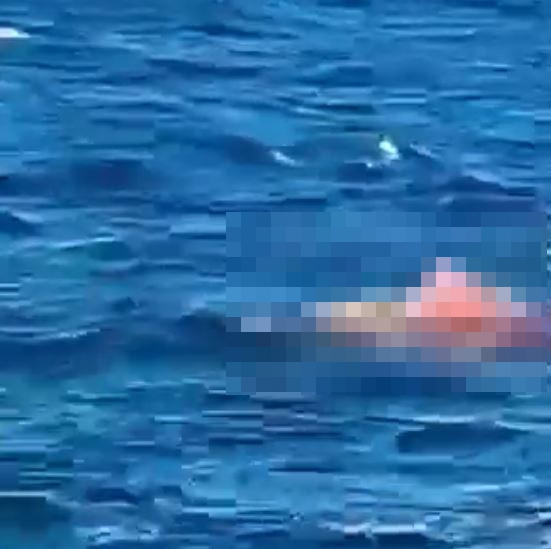 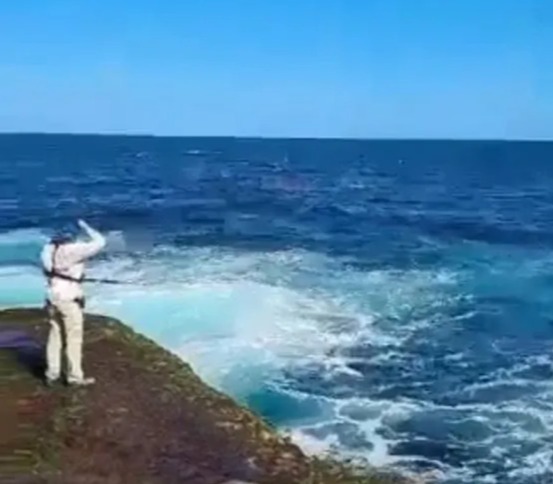 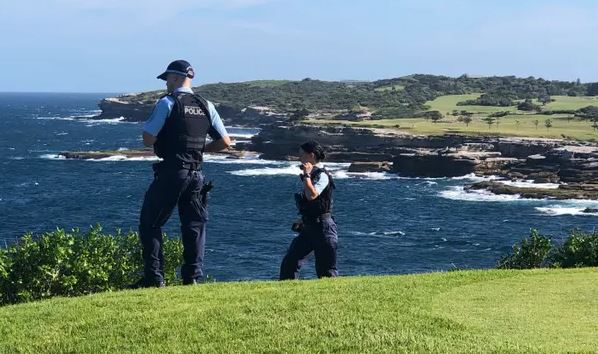 Emergency services raced to Little Bay Beach near Malabar just after 4.30pm on Wednesday following reports of a shark attack.

Rescue crews on jet skits and boats launched a desperate search for the swimmer and found human remains in the water.

Parts of a wetsuit were also recovered, according to reports.

Shocked witnesses claimed the swimmer was attacked by a 15ft great white.

A stretch of beaches have now been shut to the public as the first fatal shark attack in the Sydney area since 1963 sparked panic among locals.

A distressing video of the violent ambush showed the shark thrashing around in the bloodied water just metres from the rocks. 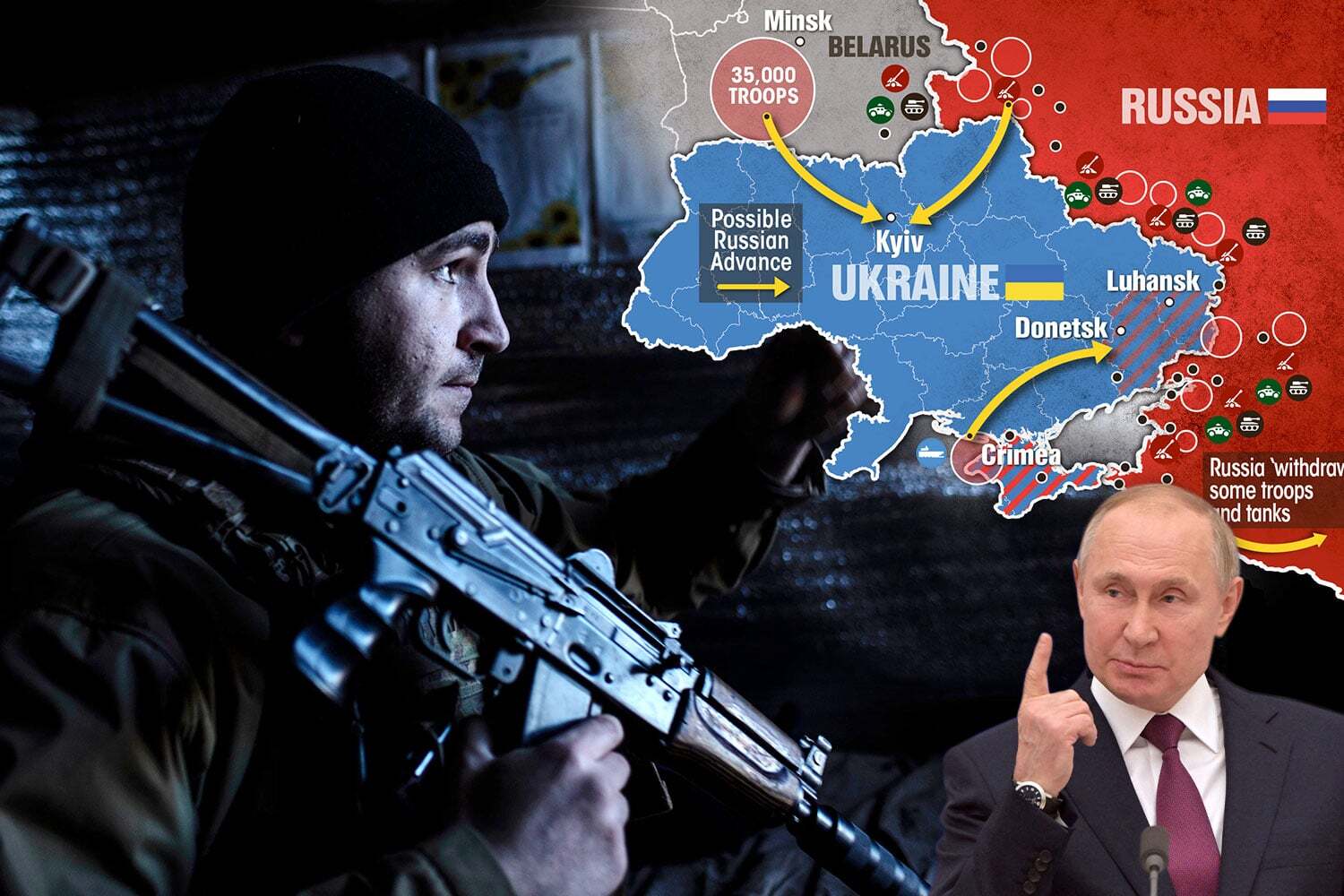 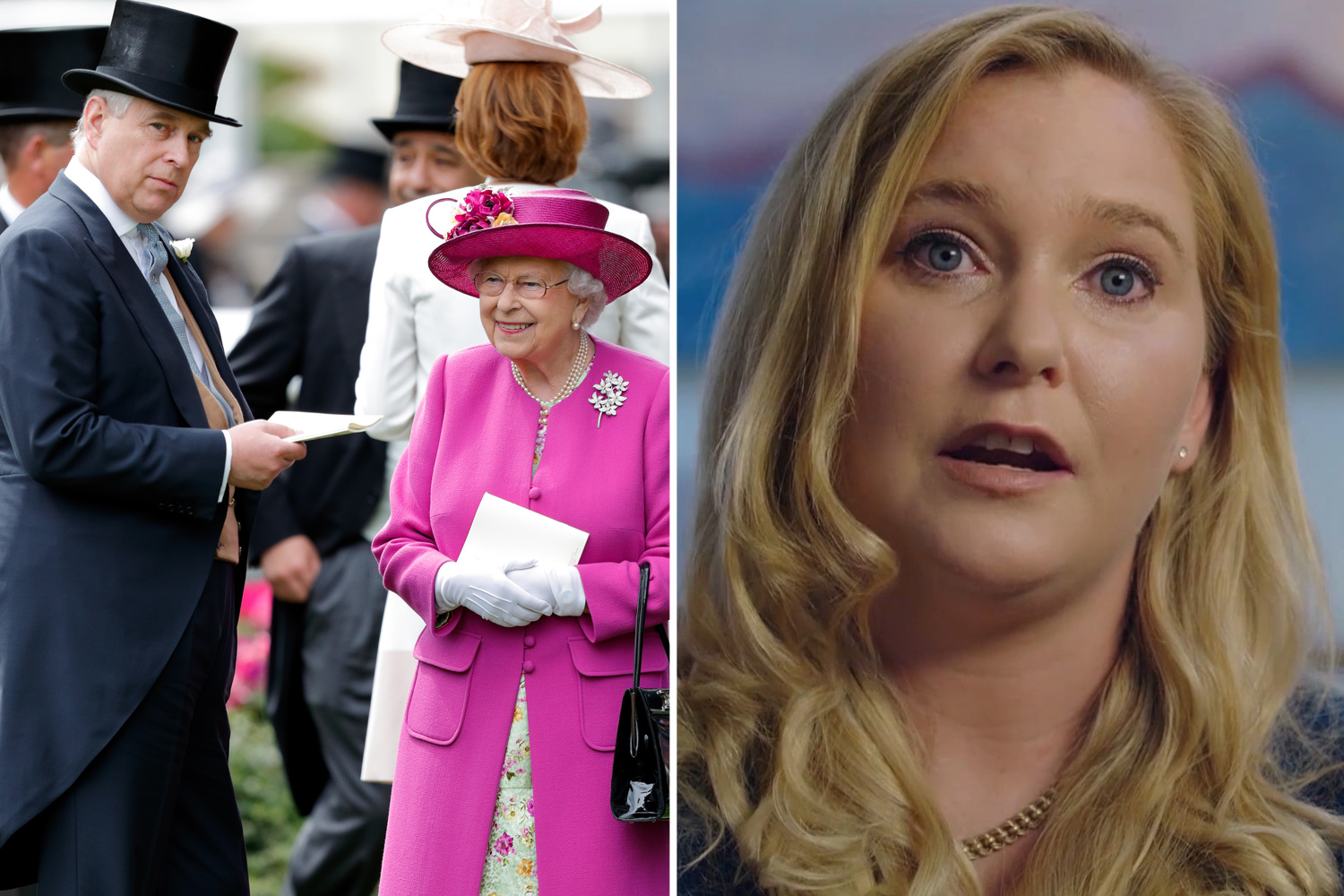 Queen 'to pay towards Andrew's £12m settlement with Virginia Giuffre' 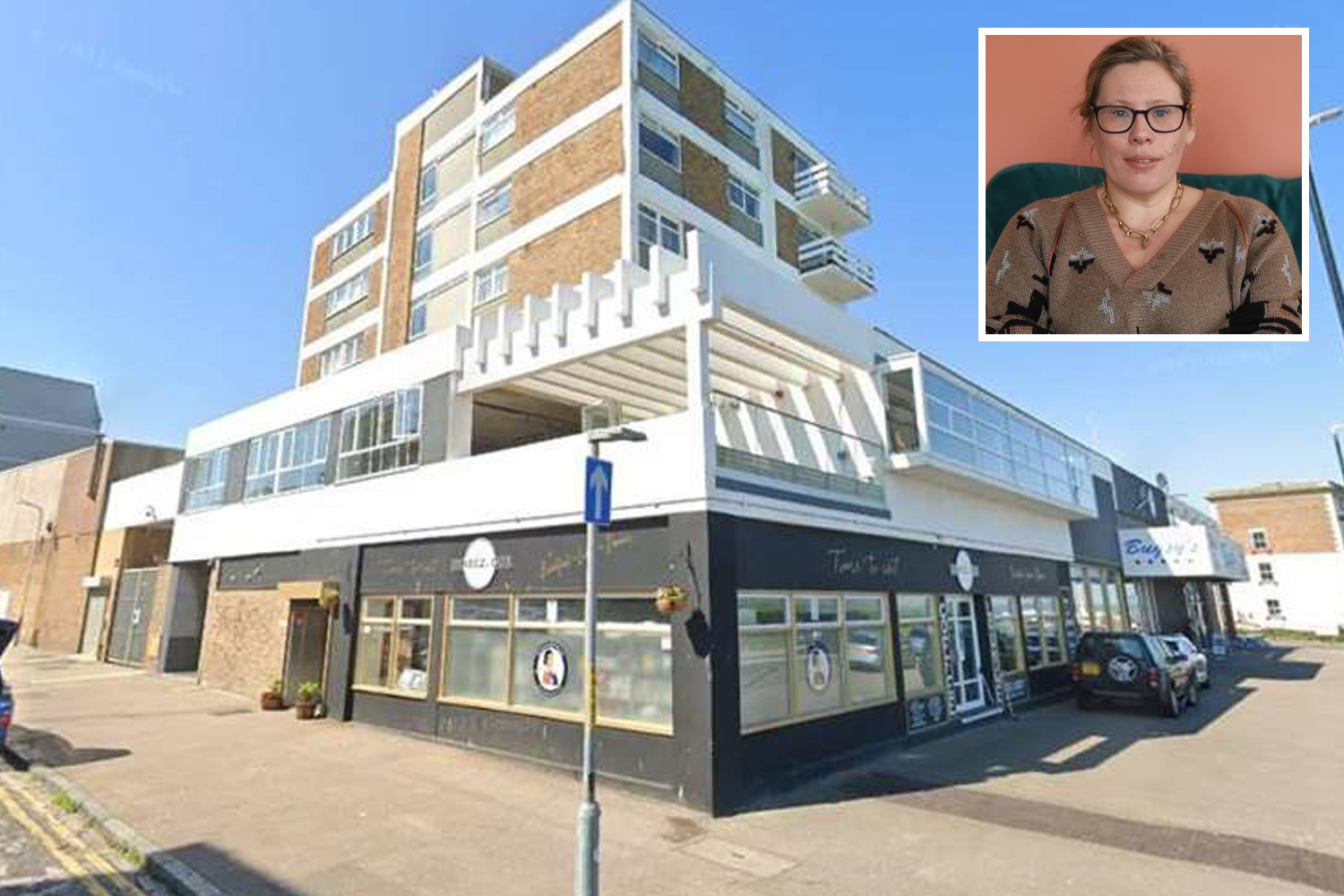 One man described how he was fishing and saw a man wearing a wetsuit swimming across the bay.

He said the swimmer was right in front of him when he was dragged under the water by the shark.

The man told ABC: "He was yelling at first, and then when he went down there were so many splashes.

The shaken man said the attack lasted for several seconds.

He said: "It was terrible. I am shaking. I keep vomiting. It's very, very upsetting

"He just went down for a swim, enjoying the day, but that shark took his life."

Witnesses said they heard the victim yell out as the shark pounced.

Fisherman Kris Linto told Nine News: "Some guy was swimming and a shark came and attacked him vertically.

"We heard a yell and turned around it looked like a car had landed in the water, a big splash then the shark was chomping at the body and there was blood everywhere.

"It was really bad."

And in a video of the attack, a fisherman can be heard shouting: "Someone just got eaten by a shark. Oh man! Oh no! That's insane. That's a great white shark.

"I just saw a four to five metre great white explode on the surface right here on a swimmer and it was like a car landing in the water.

"F*** man, I heard a scream and the shark was just chomping on his body and the body was in half here just off the rocks.

"It came back and swallowed parts of his body and that was it."

Local resident James, 27, arrived at the beach shortly before 5.30pm when helicopters were circling above the cliffs, but people were still swimming.

He told the Guardian Australia: "Everyone was looking around, trying to work out what was going on.

"There were still people in the water. I’m never getting in again – no way."

A NSW Ambulance spokeswoman: "Unfortunately this patient had suffered catastrophic injuries and there was nothing paramedics could do."

The tragic death is the first deadly shark attack in Sydney since 1963 when Marcia Hathaway, a well-known local actress, was fatally mauled by a shark in Middle Harbour.

The shark pounced while she was standing in murky water only 20 feet from the shore in the northern arm of Sugarloaf Bay, Sydney Morning Herald reports.

Randwick Mayor Dylan Parker said the community was in shock.

He said: "The coast is our community's backyard.

"Little Bay is normally such a calm, beautiful place, enjoyed by families.

"To lose someone to a shark like this is chilling. We are all in shock."

The MP for the state electorate of Maroubra, Michael Daley, went to the scene on Wednesday evening.

According to Guardian Australia, he said: “The community is just shocked by this horrific incident.

"Our thoughts go out to the family involved. This is a beautiful community. The coast is our life around here."

The beaches from Clovelly to Botany Bay have been closed and will remain shut on Thursday.

Cops will resume the search with divers at sunrise on Thursday.

The police have offered no information about the identity of the swimmer, although it's understood the victim was a local who knew the beach well. 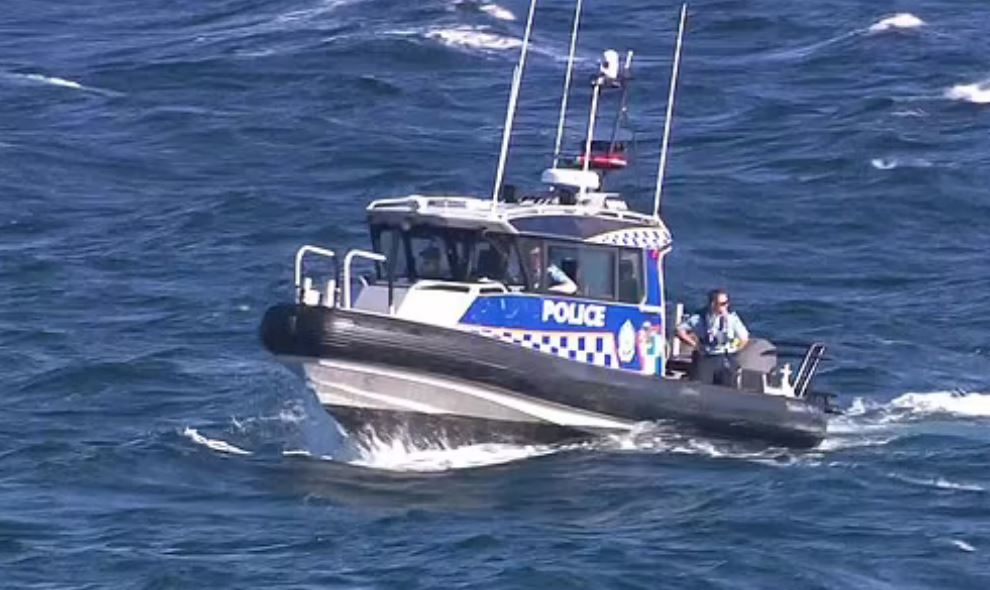 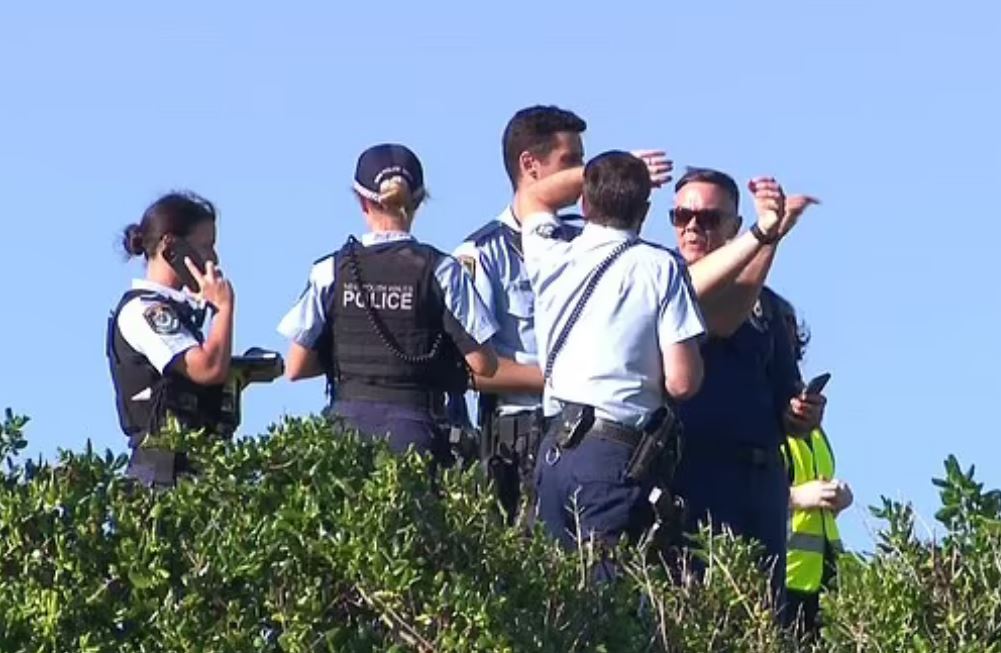