When Natalie Burton was planning her wedding to Craig Barton, he insisted that no children were invited – but she thought nothing of it.

But after two years of marriage to the violent and abusive Barton, who controlled her every move, she discovered the horrifying truth behind the ban when he was unmasked as a serial paedophile. 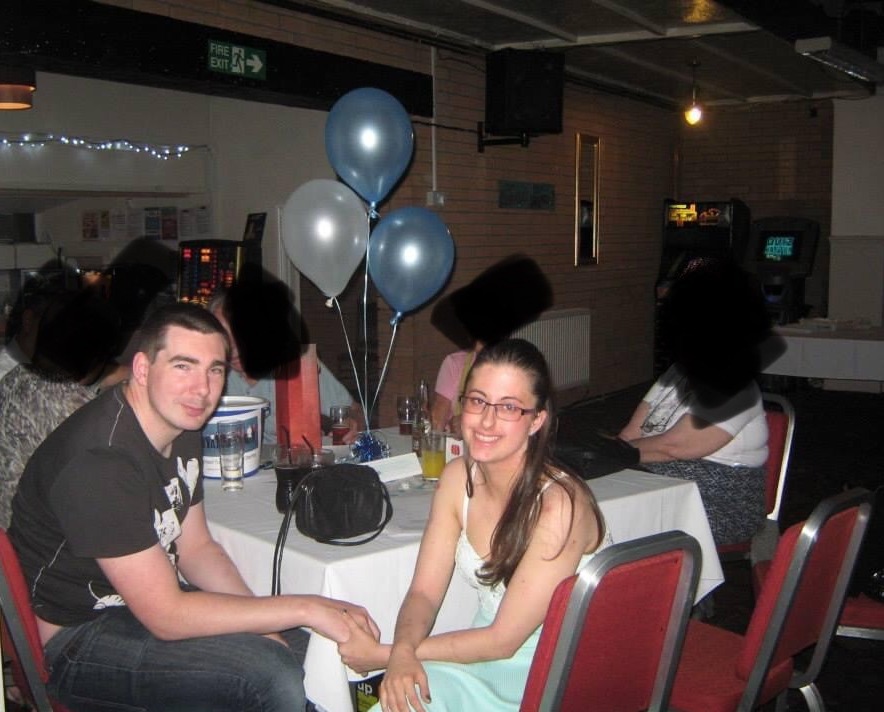 For years Natalie, from Derby, thought Barton was racing across the country to care for his terminally ill mother.

Natalie, who is profoundly deaf and has autism, was bowled over by the charming and romantic Barton when she met him at 18.

But he grew increasingly abusive, hitting her, taking away her phone and locking her in the house.

But nothing could have prepared her for what she would later learn about him at court.

Barton was jailed for child sex offences in 2015, again in 2019 and he received a further three years for further crimes, last month.

Opening up for the first time about her ordeal, Natalie, now 27, said: “I wanted a partner, I wanted to get married, just wanted to be normal. But knowing him almost killed me.” 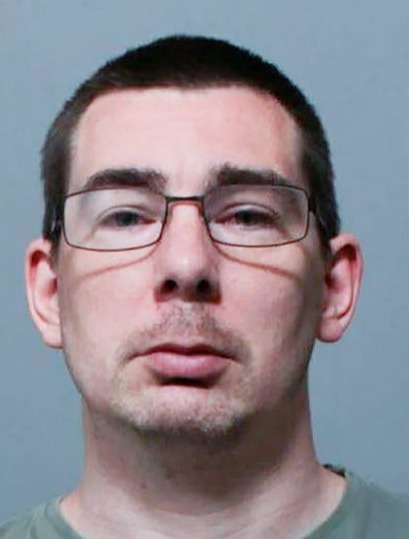 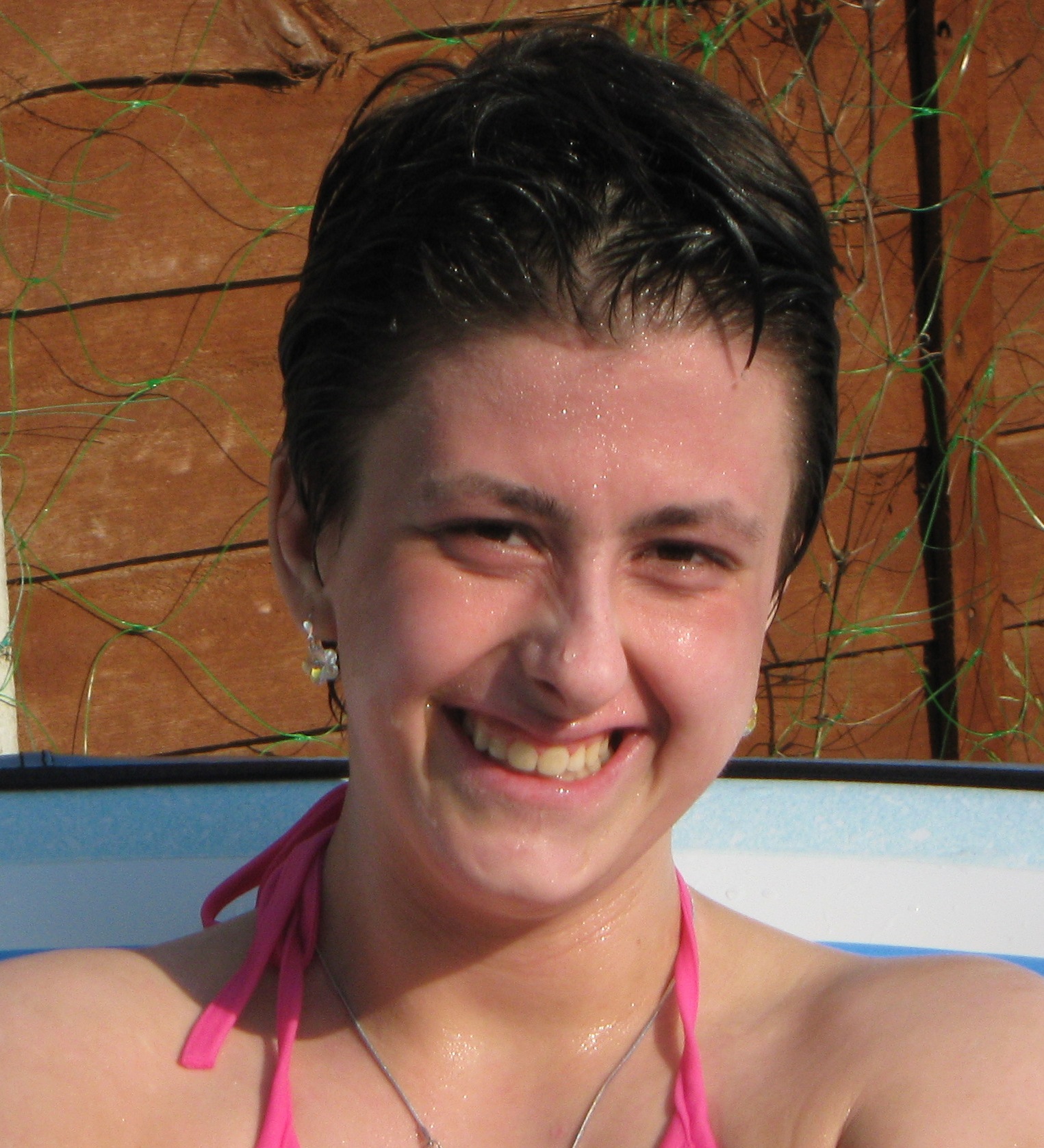 Manipulator with a violent temper

Natalie first started dating Barton in September 2011, after they met on a dating site.

“When I first met him, I was just 18, innocent, naïve, vulnerable. I was desperate to be ‘normal’, have a life like my school friends," she says.

“Craig had similar interests to me and was interested in all the things I was.

“He made me feel special and my autism and deafness didn’t matter to him.

“Sometimes he was nice to me and took me on romantic holidays to remote cottages in Wales and weekends in the countryside.

“He was interested in me, bought me flowers and held doors open for me. I loved him, or at least I thought I did."

Barton soon became jealous and possessive and, after he began hitting her, Natalie packed her bags and moved back into her parents' home.

But he soon won her back.

“I missed him, so I asked mum to talk to him about his possessiveness, he said he would try to change, and we got back together," she says.

“He is an expert manipulator, and despite me trying to leave him, he won me back time and time again. I wanted to have a boyfriend, a house and settle down with kids.

He is an expert manipulator, and despite me trying to leave him, he won me back time and time again.

“I was so thrilled when he proposed to me in 2013. He told me we were going to be together forever. I thought I had found what I was looking for and started looking forward to our wedding.

"Craig was very insistent we couldn’t have children there, because he didn’t want the noise and disruption. I was disappointed, but I was really looking forward to our big day.

“But behind closed doors, he continued to abuse me. I couldn’t tell my parents, so I just remembered the good times and pushed the bad things away.” 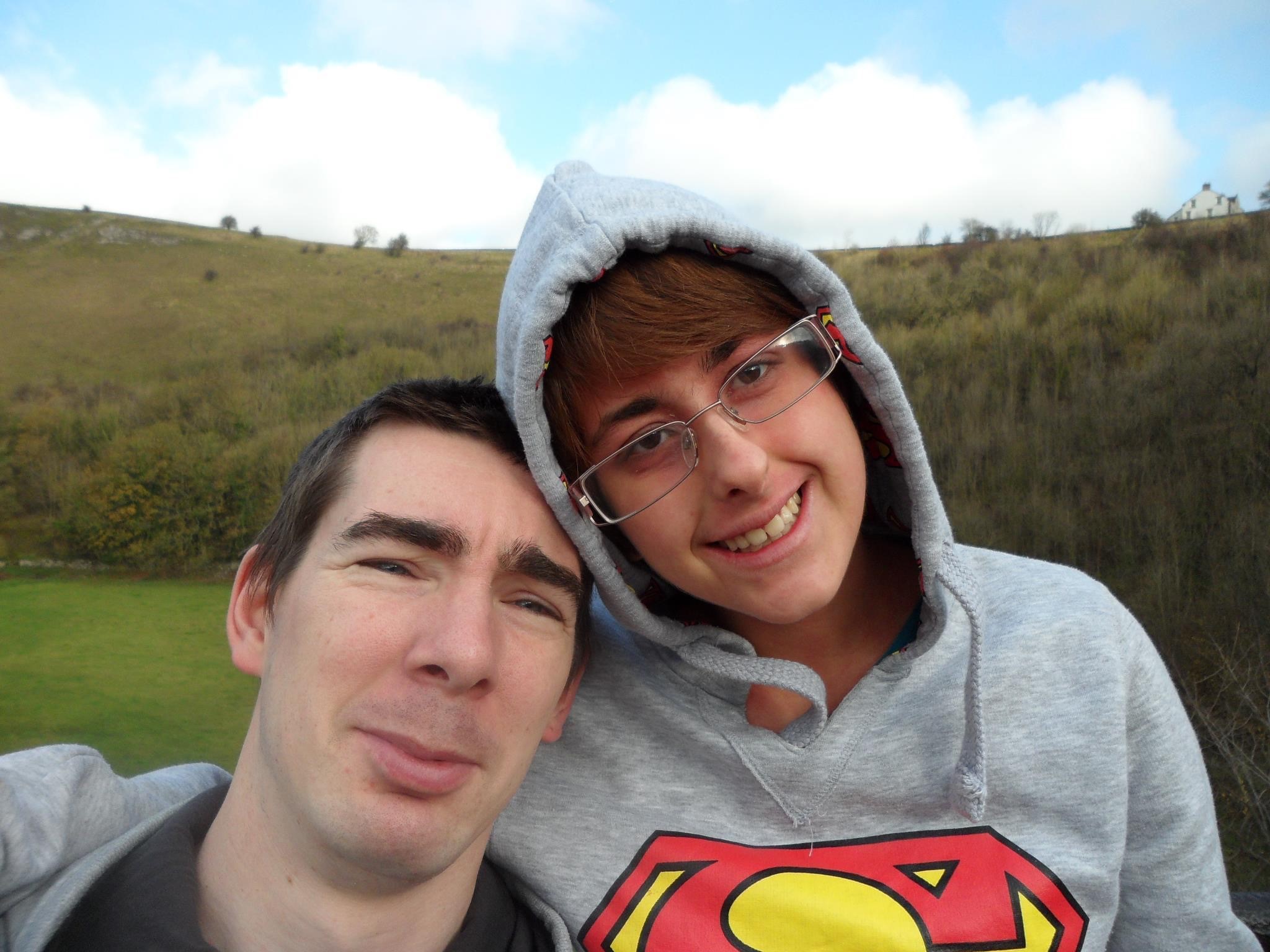 Locked in remote cottage with no phone

Barton's abusive behaviour escalated after the wedding, and Natalie says he hit her, threatened to harm her parents and hid his criminal record for having child sex abuse images.

In 2013 Natalie, who was doing an apprenticeship at the Royal School for the Deaf in Derby, took an overdose and ended up in intensive care.

But she again returned to be with Barton, now 38.

The situation went from bad to worse when, in March 2014, he moved her to a cottage in a remote village, 40 minutes' drive from her parents, Carmen and Steve, both 53, and her friends.

Once there she says he took her phone, purse and keys from her so she could not leave the house.

He even disconnected the internet when he was not there, cutting off all lines of communication.

"He knew I hated using buses because of my autism. We were in the middle of nowhere. I couldn't go anywhere.

"He would disconnect the internet, take my phone to work with him, take my purse, saying he had no money.

"He would take my key so I couldn't go out, he stopped me talking to my family and friends.

"If we went anywhere, he stuck to me like glue and told me he would harm my family if I told them anything." 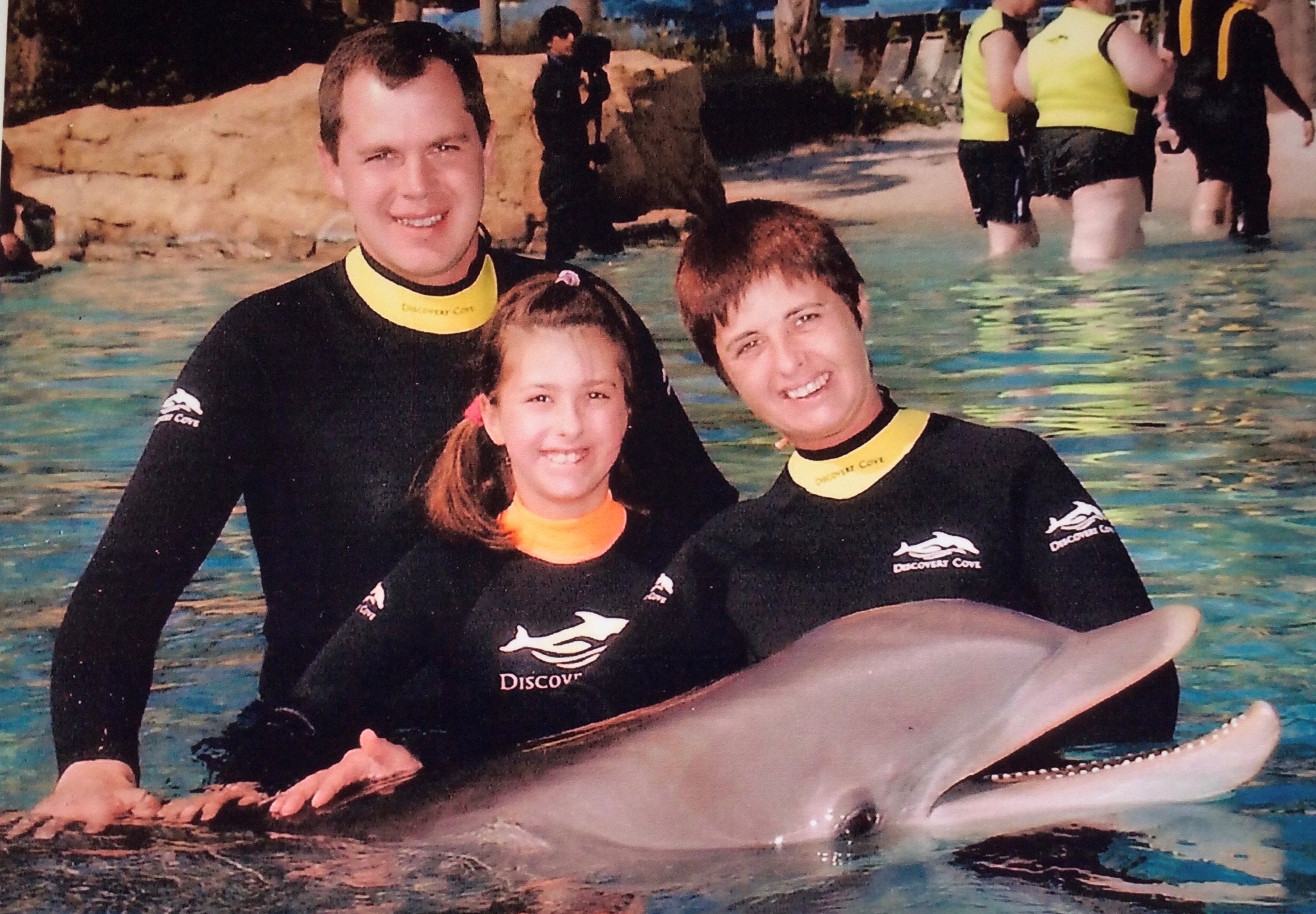 Early in 2015, the probation service visited their home in connection with what Barton claimed was a road rage incident.

Natalie said: “He told me to take out my cochlear implant when they arrived, which meant that I couldn’t hear what was said. I accepted that. I never for a moment though it could be anything more serious.

It wasn't until Natalie turned up at court to support him, in February 2015, that she discovered the true extent of his sick crimes.

She said: "We went to Leicester Crown Court, he gave me a hug, kissed me, said he loved me and gave me his phone, wallet and car keys just in case and said he would see me later.

"But he was jailed for two years and a woman came out of the courtroom, screaming that he was a paedophile.

"Then his barrister came over and took us into a small, stuffy, windowless room. He told us that Craig had accessed images of children on the internet and had made a photo of a little girl.

"I was hysterical, I didn't understand, I was crying, I couldn't breathe."

Natalie said over the following week they cleared out their home and found letters from police, courts and probation service which listed "everything he had done".

Even after he was released, Natalie couldn't escape him.

In 2016, the courts handed Barton a restraining order, preventing him from contacting Natalie indefinitely and in May 2017 he received another 16-month sentence.

In June 2019 he was jailed for child sex offences.

In May 2020, after a catalogue of harassment, Barton breached a court non-molestation order and Natalie was awarded £20,000 compensation.

Now, Natalie has come forward after once again seeing Barton's face in the newspapers after he was jailed again, in March, for child sex offences.

Natalie said: "You can imagine my horror, my fear and the shock of seeing his face plastered all over the press.

"At first when I saw the story, I was frightened, upset and angry.

"But then I realised it gave me the chance to have my say, to warn others, to stop him hurting others and to stop him preying on deaf women as well as children.

"He ruined my confidence and destroyed my trust; made my life a living hell but I couldn’t get away from him. He was an expert manipulator and I stayed with him." 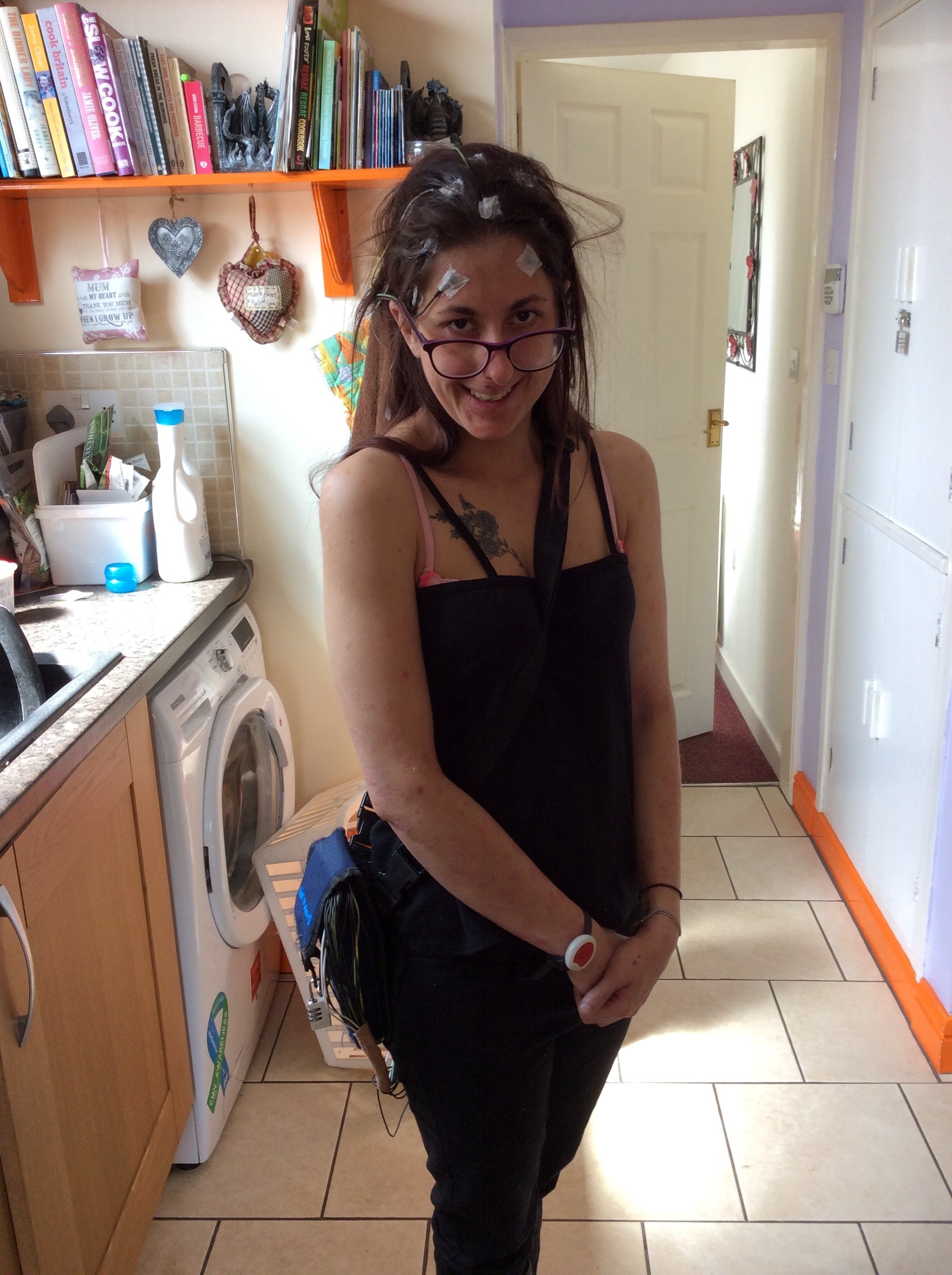 At Derby Crown court last month, Barton, was jailed for another three years for breaching the terms of his sexual harm prevention order.

Natalie said: "He is a very dangerous man.

"I know I will never get the answers to my questions, but I have learned to put it behind me and carry on with my life."