I took in boy, 5, found in a dog bed on a faeces-covered floor & left disabled – but there was another shock to come

SITTING at my kitchen table, I watch five-year-old Jacob select a pen and draw simple shapes on the paper in front of him – and my heart bursts with pride.

Just a few weeks earlier, this precious little boy had been found curled up in a dog basket on the filthy, faeces-ridden floor of a remote farmhouse – by an RSPCA officer investigating starving animals. 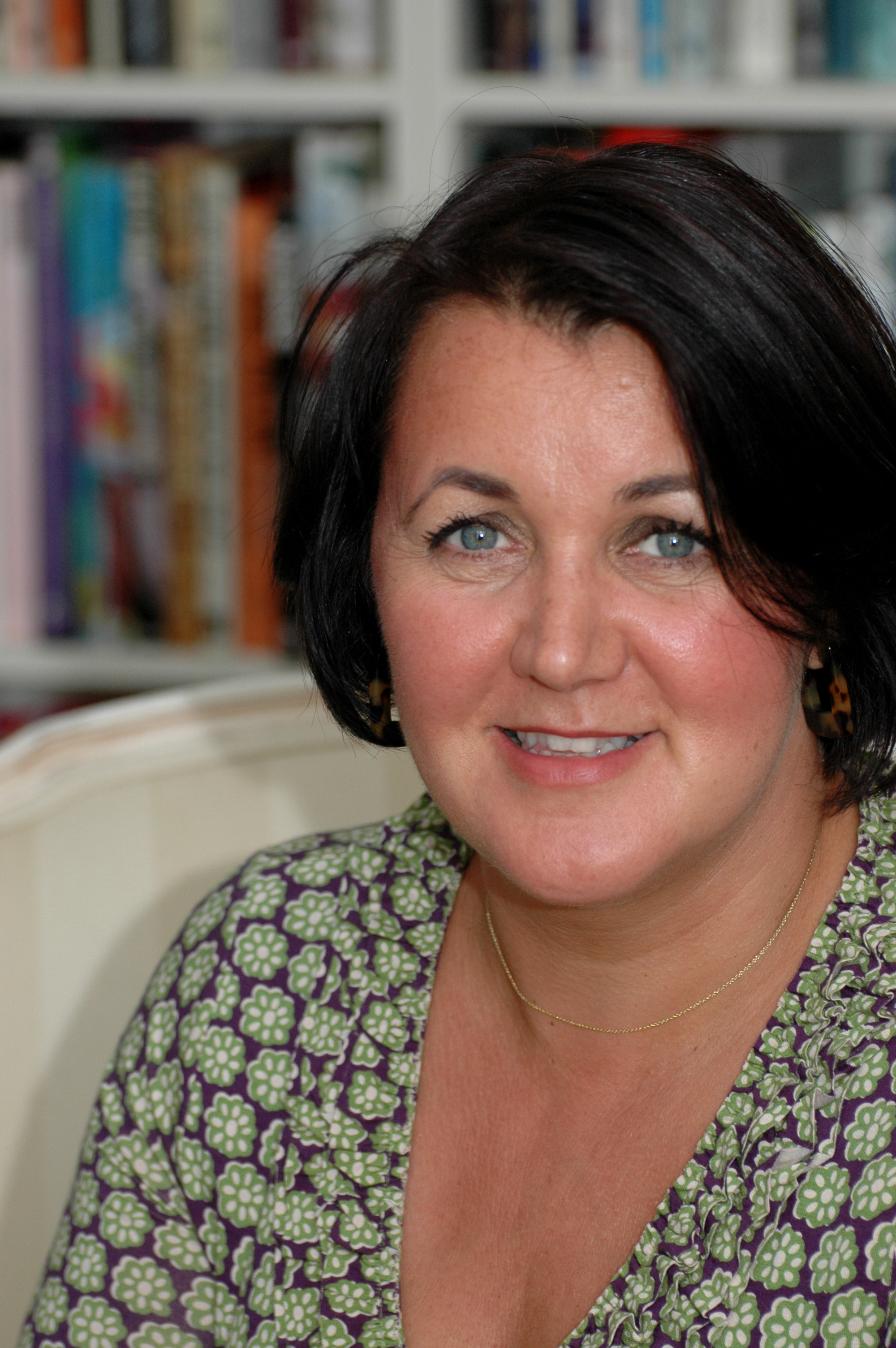 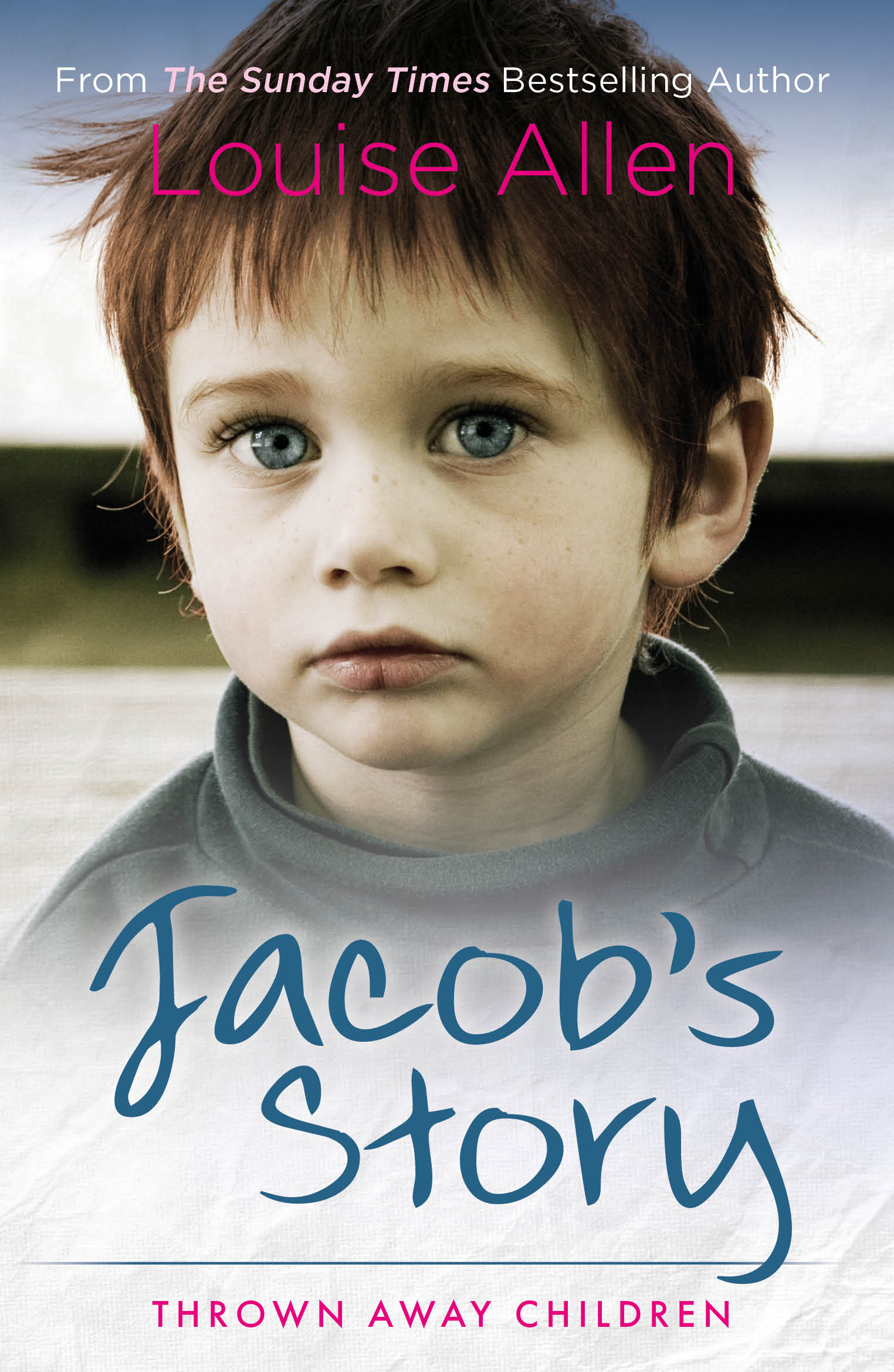 Jacob* could barely see, was unable to move, speak or feed himself and was still in nappies.

Within a couple of weeks of him arriving at our busy home in Somerset, for an emergency foster placement, he was smiling, laughing, feeding himself and crawling up the stairs to the bathroom.

Although left severely disabled, this boy – who I write in my new book Jacob’s Story – had a magical quality that left me breathless and a cheeky sense of humour that kept me laughing through the most difficult times.

But, as I watched Jacob blossom in our care, I was also learning more about his shocking neglect he had suffered for five years – as medical examinations revealed more details about his past.

A tip off from a concerned dog walker originally led the RSPCA to the door of a dilapidated farm in down a remote country track.

Starving horses and sheep stood in the field and two diseased and underfed dogs were tethered to the gate – but the real shock for the young RSPCA officer who attended the call was in the farmhouse kitchen.

Under the table, on a floor caked with mud and animal faeces, Jacob lay in a filthy dog bed – as malnourished as the animals and unresponsive to the clatter and noise around him.

“The little man’s no bother to anyone,” farm owner Betty* told the officer. “He’s as good as gold. We barely know he’s there.”

Betty – who had struggled to run the farm since the death of her husband and father – claimed the child belonged to daughter Daisy*, who had severe learning difficulties.

With no birth certificate, the authorities had no idea of his existence – he was living in the shadows. Amazingly, they originally opted to leave him with his family – despite the animals being removed from their care.

When the local press learned about the boy’s plight, he was placed with emergency foster carers – but even then his suffering wasn’t over.

The couple who initially took him in had no idea how to handle his complex needs and left him lying on the floor, with no stimulation, treating him as an inconvenience.

When the social worker went round to check on them, he had been left in full sunshine on the lawn, with no sun block, while they partied with friends in another part of the garden.

Alarmed, the social worker asked me if I would consider taking Jacob instead.

When I first met Jacob, he was lying on the floor of his temporary home, and I lay down beside him to talk to him.

He had a sort of ethereal magic and, even though he was very poorly sighted, there was something knowing about him.

I looked at him laying there and thought 'You have got so much soul, you have got heart. You need to be loved.'

I looked at him laying there and thought 'You have got so much soul, you have got heart. You need to be loved.'

He needed to be looked after for this stage in his journey, he needed someone fighting his corner – and I do that very well because I am a natural-born fighter, especially when it’s about children.

As a child growing up in the care system myself, I was neglected, starved and abused by my adoptive parents and ran away at 15 after being sexually abused by another child in their care and his friends.

Even then, with the horrendous things that were happening in my own life, I was always tuned in to children, worried if they were not being treated fairly and properly, and I used to get into many a fight to protect a child from a bully.

If I see a child who is suffering trauma, I will do everything I can to make sure they have an equitable chance in this world, and I’ll fight for them tooth and nail.

As an experienced foster carer who has looked after dozens of children with my husband Lloyd, I'm no stranger to emergency placements.

But I had never had a child with such complex physical needs and when he first arrived at our house – which was also home to my two sons Vincent and Jackson and my long-term foster daughter Lily – I admit I was anxious.

Experience has taught me that the world can be cruel and I was terrified for him, of what his future held.

I asked myself ‘how is this child going to live? How do I look after him?’

But, as always, I fell back on my instinct and told myself ‘Get on with it, Louise. Do everything you can to help him and put him on the right path, and you’ll be doing the right thing.’

We started by surrounding him with toys, bright feather boas and objects he could play with – like wooden spoons – and he would smile and laugh with joy.

He loved playing with our two dogs – Dotty and Douglas – and would giggle as they licked his face.

He was soon holding a cup, instead of the baby’s bottle that had been bunged to him under that kitchen table, and eating with his hands.

He was a little monkey – cheeky, mischievous and absolutely hilarious – and even though he had poor eyesight, what he saw of the world he understood.

Within a week he was crawling up the stairs to the loo, speaking and sitting at the table drawing.

As he made shapes on the paper I could see a surge of self-esteem in his face -and that to me was everything.

If you have your self esteem, if you realise that you have a place on this earth and you're very important, the rest will go in the right direction.

Foster children are often treated differently to birth children – made to wear hand-me-down clothes, given horrible furniture and sometimes even separate food from the other kids in the house.

But it’s not good enough to constantly give them second best because it makes them feel different, less valued than other children, so I always give my foster children everything I would give my birth children and buy them all the things that they haven't had.

I like to treat them as first class, which doesn't always go down well with some of the social workers and their managers who have told me ‘it’s wrong to raise their expectations’.

Comments like this are my fuel to treat children in care with nothing but respect and dignity.

While I was hoping Jacob would eventually catch up in development, my hopes were dealt a blow by the results of an MRI scan, which showed he had spina bifida – a debilitating condition which may have been caused by malnutrition in the womb.

Doctors said he may never walk unaided and that his eyesight could be permanently damaged.

Even so, the little fighter went from strength to strength and, after a few months with us, was able to move to a long-term placement with a wonderful couple who had already taken in two severely disabled children.

Saying goodbye was hard and, as with all my foster children, I cried my eyes out in private.

It's a kind of whirlpool of emotion, and I allow myself a day to grieve where I eat loads of biscuits and drink too much coffee but then come out the other side.

I know that Jacob's in the right place, I was just part of his journey.

As a postscript, the medical checks also revealed that Betty – the woman that we thought was his grandmother – was Jacob’s real mum.

She had given birth in her 50s after a brief ‘friendship’ with a farm hand and had passed the baby off as her daughter’s.

Still grieving for her husband, and with a bedridden mum and disabled daughter to look after, she had sunk into post-partum depression and struggled to hold things together.

We tend to demonise families who struggle but they were not bad people – they were in pain.

Despite his start in life, Jacob is now doing really well. He can stand, although not for long, and his mobility is much better because his foster parents are just amazing.

They recently sent me a video of Jacob, now 10, making a speech at school, about living with disability in an able-bodied world, and I couldn’t have been prouder.

Jacob’s Story by Louise Allen is published by Mirror Books at £7.99

*Names have been changed to protect identity. 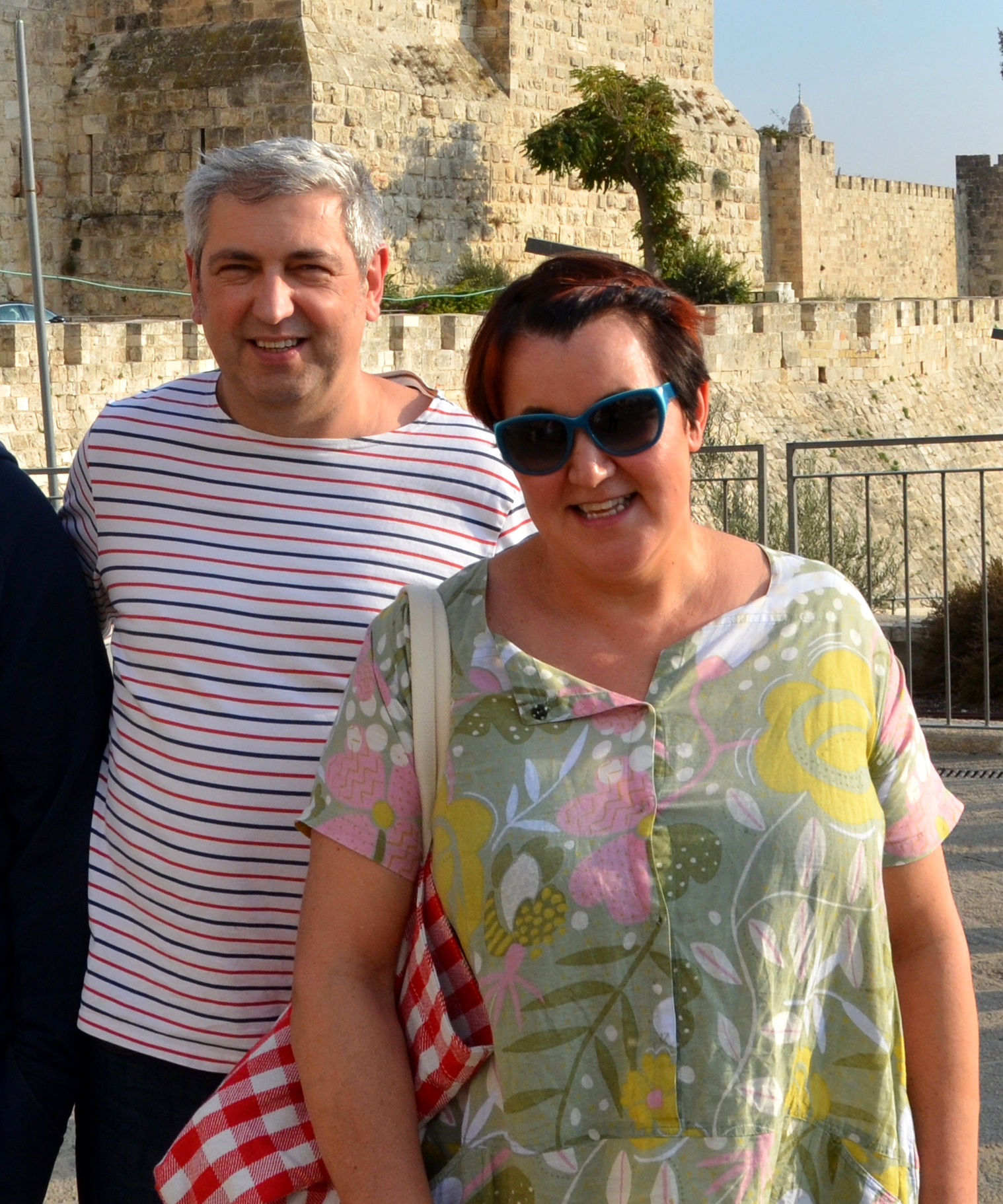 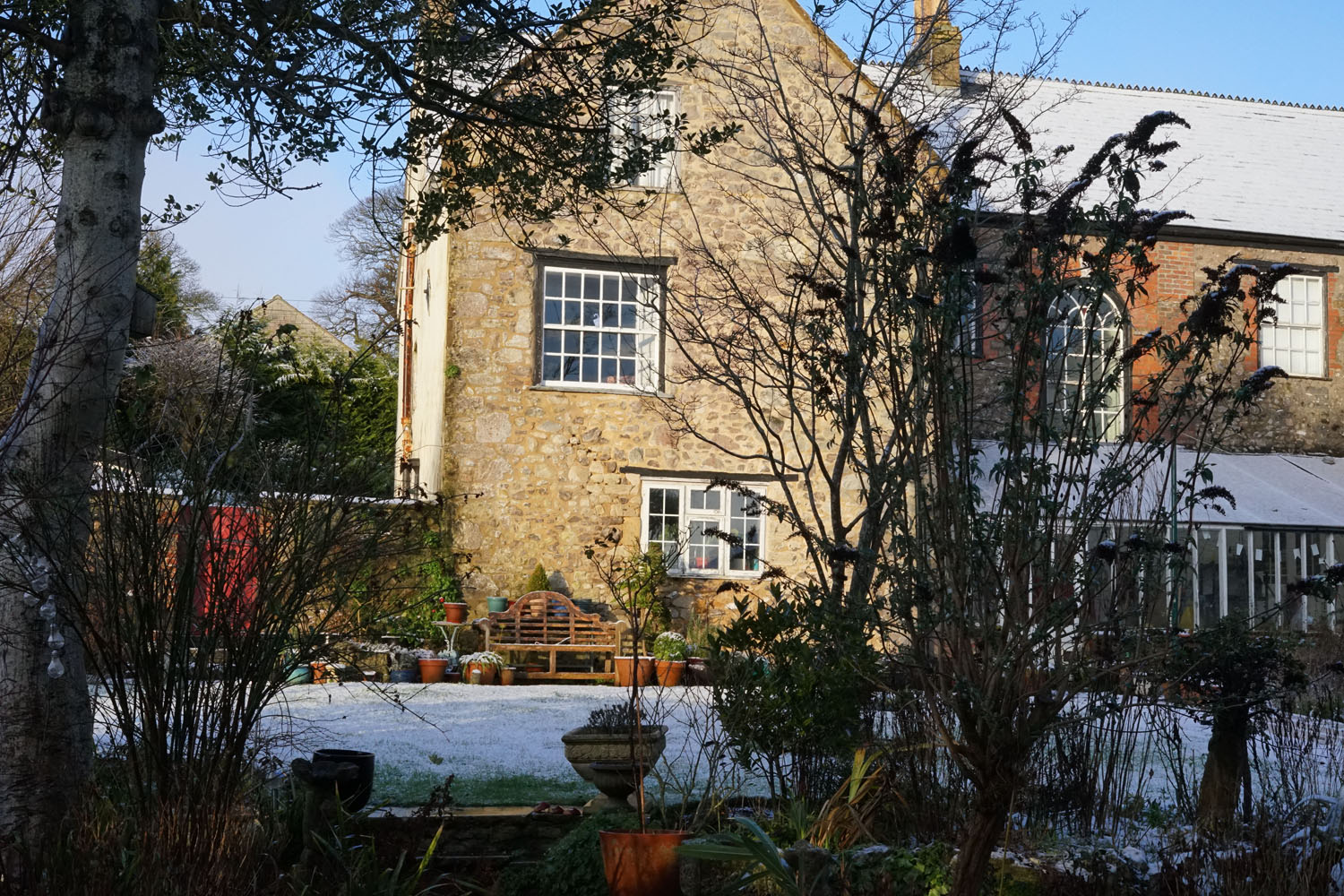 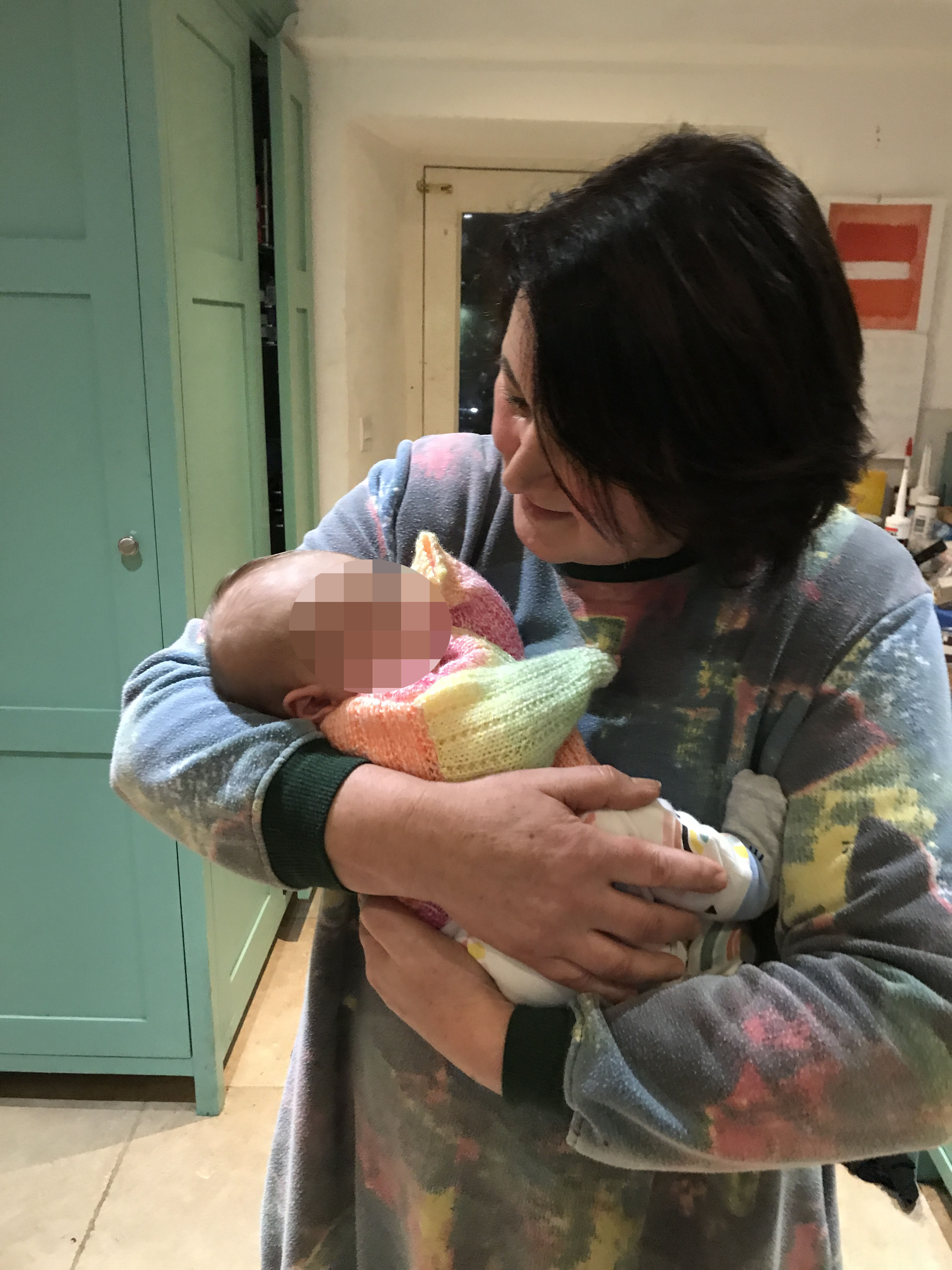