IAIN Duncan Smith says he has been attacked by a gang of "stupid, incoherent" thugs who hit him over the head with a traffic cone.

The former Conservative party leader was en route to an event at a hotel in Manchester today when a group of men and women reportedly started to follow him. 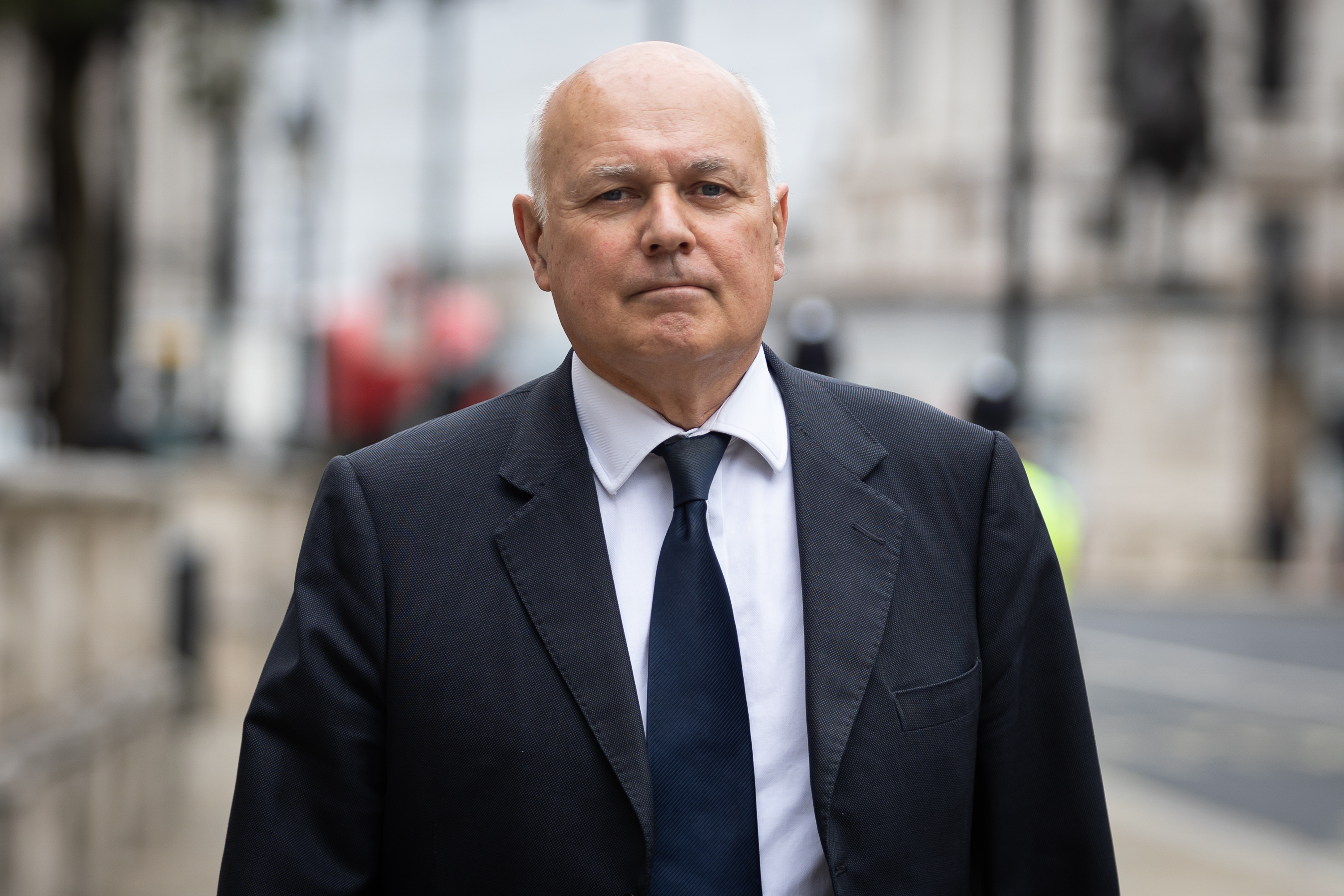 As Mr Duncan Smith -MP for Chingford and Woodford Green – walked to the venue, one of the gang allegedly "smashed" a cone over his head after shouting "abusive" language at him.

The veteran backbencher told The Spectator: "For half a second I was about to go up and punch them, I went forward and they all backed off – I nearly knocked them out, lost my rag.

"I can't tell you very much other than they just followed us, used abusive language, attacked us and used a cone.

"I have to say I would have very nearly been done for assault myself, I turned after them and they sort of backed off and I dropped the cone."

Midway through a Brexit panel this afternoon with Cabinet office minister Lord Frost at the city's Mercure hotel, Mr Duncan Smith went out to give a statement to cops about the incident.

"They were shouting all along and then they smashed the cone on the back of my head and so I turned and grabbed the cone and looked at them and I took a pace towards them and they backed off," he added.

"I threw the cone on the ground, said 'pathetic' and turned and walked off.

"They were incoherent, they were stupid."

Greater Manchester Police have arrested five people in connection with the incident.

A spokesman said: "Officers were on the scene within minutes.

"There aren't believed to be any serious injuries, and following a short foot pursuit, three men and two women have been arrested in connection with it, and remain in custody for questioning.

It comes after today minister Jacob Rees-Mogg was chased down the street and called "scum" by shameless protesters in Manchester today.

The Commons leader was hounded and booed outside the Conservative Party conference by an anti-Brexit rabble.

He briefly stopped to try and reason with the crowd, who were brandishing EU and Irish flags, before police stepped in.

Mr Rees-Mogg, in his trademark double-breasted suit, was then separately accosted by a man who blames the Tories for not being able to find work.

The man told the veteran Tory MP "you've made my life harder" and that he was a disgrace.

He added that the Commons leader was "an Eton millionaire who doesn't care about disabled people."