An illegal Albanian immigrant who went on the run for more than 11 years after his car hit and killed a man walking home from a night out was today jailed for 15 months.

Aleksi Shyti was using a fake Greek identity document when the white Rover 211 he was driving struck Ricky Burlton, who was thrown into the path of three other cars.

Shyti, who had never held a driving licence, carried on along the A10 Hoddesdon bypass in Hertfordshire with a smashed windscreen for another hundred metres before leaving the scene on foot.

He was seen with his face covered in blood, walking along the side of the road. 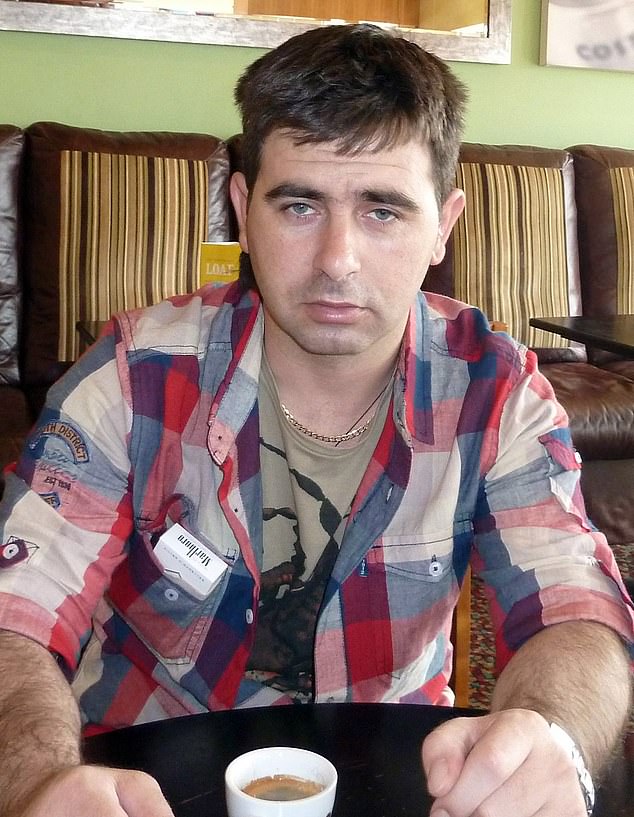 Aleksi Shyti (pictured) was using a fake Greek identity document when the white Rover 211 he was driving struck Ricky Burlton, who was thrown into the path of three other cars

Rather than call the emergency services to help the 20-year-old mechanic and scout leader, he rang a friend to help him get to hospital.

A European Arrest Warrant was issued in May 2012 and was finally executed in September this year in Bulgaria.

Mr Wilshire said Ricky, who lived in Enfield, had been out for the night with friends in Hertford and was walking home on the edge of the road when he was killed at around 2.30am on Friday June 4, 2010. He was pronounced dead at the scene.

Others called emergency services and when the police searched the abandoned Rover they found Shyti’s false Greek identity document in the name of Georgious Tsoulos.

Shyti was tracked to Chase Farm Hospital, Enfield, where he had undergone facial surgery. He told the police he was Georgious Tsoulos. 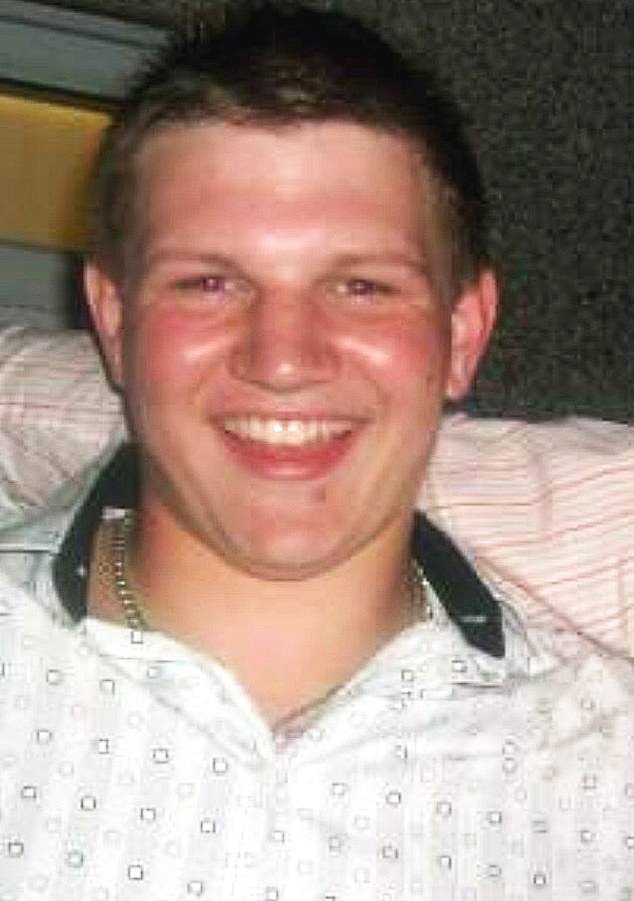 At some point shortly after that Shyti, who had been living in Hertford since 2009, fled the UK.

Mr Wilshire said Shyti had never had a driving licence in the UK or Albania. He had used the fake ID to buy insurance, claiming he had held a licence for 10 years and 10 months.

He appeared for sentence having pleaded guilty to possessing a false identity document, the Greek identity card, with intent.

He also admitted making a false statement to obtain insurance by claiming that he had held a UK driving licence for 10 years.

Earlier the court heard that Shyti would no longer face a charge relating to causing the death of Ricky Burlton.

In a victim personal statement Ricky Burlton’s mother Dawn, from Enfield, said her son, who was in process of becoming a Scout leader, had everything to live for, was ‘selfless and kind and would do anything to help others.’

She said: ‘The defendant had no right to drive and departed the scene. He did not call the emergency services and instead called a friend, leaving my son where he had driven into him.

‘When he received medical attention he made a conscious decision to leave the UK. The facts continue to haunt me and will do for the rest of my life.’

She said: ‘I have been robbed of my son by a man who should not have been driving. We as a family will forever grieve and mourn. The defendant will serve his sentence. We will continue to serve a life sentence. ‘

Defending, Oliver Renton said: ‘He is truly sorry for the loss the family sustained. He recognises that in failing to returned to the jurisdiction he has contributed to their distress.’ 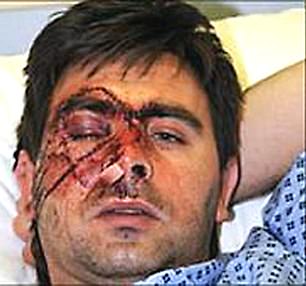 Following the incident, Shyti was seen with his face covered in blood

Mr Renton said Shyti was seriously hurt. He suffered sight loss to one eye and had deep wounds and scars to his forehead, eye, nose and chin.’

Judge Michael Simon said: ‘A 20-year-old man with everything to live for lost his life and his family lost a beloved son and brother.’

‘It is trite to say nothing this court does can ameliorate the very tangible impact it has had on his family and friends.

‘The defendant is not and could not in law be charged with any offence relating to Ricky’s death. The results from experts concluded his death was the result of a tragic road accident. The defendant has been found to bear no direct criminal responsibility.’

He told Shyti he had been ‘living a lie’ since April 2009 when he arrived in the UK on a false identity document and been able to obtain insurance even though he did not hold a UK, Albanian or any other driving licence.

As the sentence was greater than 12 months, the judge said Shyti will be eligible for immediate deportation.

Referring to the document offences, the judge said: ‘The public would be horrified to learn that when assertions are made by individuals it would seem that not even the most perfunctory checks were made. It is the court’s hope that since that date matters have been rectified so appropriate checks are made.’