A NO-NONSENSE pub landlady says you must be doubled-vaxxed to work in her bar.

Kim Sharrock – who runs The Phoenix Tavern – was forced to defend her stance on jabs after a former employee claimed he was "pressured" into getting it. 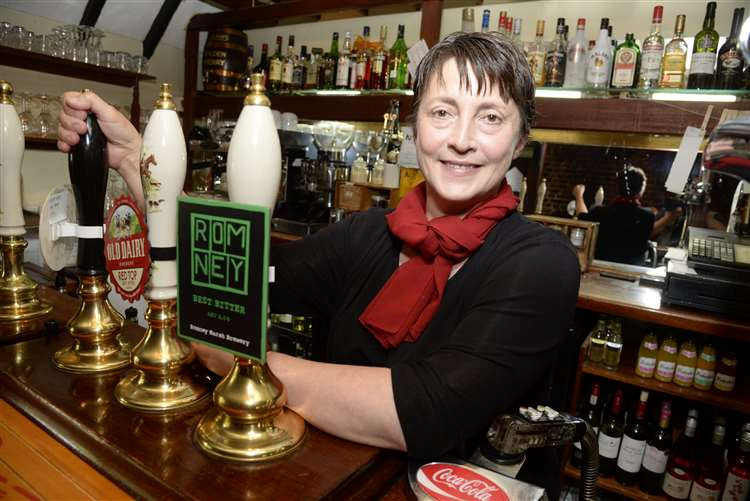 But the landlady, of Faversham, Kent, insists her jab rule is simply to keep the pub open.

She told The Sun: “It’s something that all  my staff do. I don’t really know what the conspiracy theories are against the vaccine, or why people are so reluctant to get it.

“I’m lucky that I have had quite a lot of staff, and they were all happy to get jabbed.

“In fact it was their decision to carry on wearing masks.”

It comes after one of Kim's ex-staff members, Tailor Jacobs, 18, alleged he got jabbed following requests from the landlady – and might not have otherwise had it.

The teenager then stopped working at the Phoenix Tavern, which Kim said was down to him unable to work certain shifts and also taking on a new job.

But Tailor's mum, Melanie, told KentOnline: "He basically had a vaccine he didn’t want, to keep a job that he lost just days later, without any proper communication about the issue."

However, Kim said she wouldn’t mention the jab during a job interview and is more interested in getting someone in for a trial shift to see how they work, first off.

She claims she mentioned her stance on the jab to Tailor during a casual chat.

Kim insisted her main prerogative behind the jab rules is keeping the business open and ensuring staff and customers safe.

She said: “You know what’s happened with hospitality and with many industries and public services that have been overrun and overloaded, most sensible people just want to do their bit so they can move forward.”

The landlady said that ”really, simply” what she was trying to do with her double-jab rule is to help the economy and her business, staff and customers.

She said as well as keeping her pub, the Phoenix Tavern, open to the public “you don’t want to see people not being able to have cancer treatments”.

Kim added: “Covid has happened to all people, all families and they have lost people from it. We have all suffered from it.”

But she added: “I take a general view, if someone had a particular reason not to have it, say they had a phobia of needles or some such, and they were a hard worker – it wouldn’t be an issue.”

The landlady said ensuring her staff are jabbed “hasn’t been particularly an issue,” adding she is keen to keep the pub up and running after taking it over last October.

She said: “Obviously, we weren’t able to open properly, and it was only outside until April, we love Faversham and we love the businesses.”

Referencing other media coverage of her no-nonsense stance, the landlady said it had “been taken slightly out of context”.

She added: “We’re fortunate to get the opportunity to get vaccinated."