I'm at the border crossing in Lviv, Ukraine as people faint in the crowd-crush & slice their hands open on fence wire

From Chris York in Ukraine

On Friday morning I was woken by an air raid siren in a little hotel in Lviv, in western Ukraine.

I checked my phone to find a series of frantic messages from my girlfriend  Yaryna who was staying with her parents just out of town. 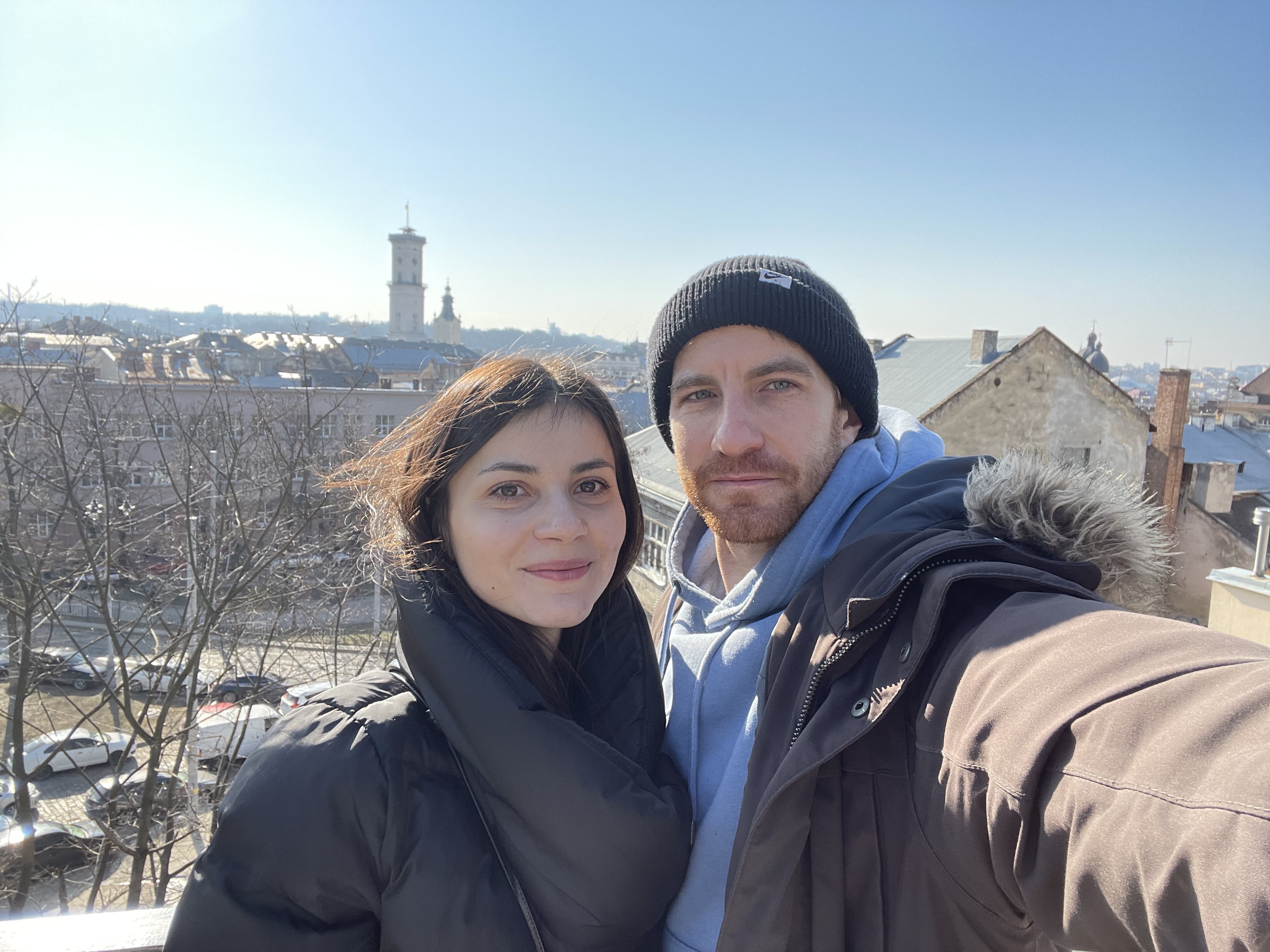 As a Ukrainian who had dedicated her life working for an NGO that strengthened the country’s democratic institutions, she feared for her safety should Russian forces overrun the area. We decided we had to leave.

Yaryna's parents drove us from Lviv to as close to the border as we could. They

couldn't leave as her father is still of mobilisation age and the night before the Ukrainian government said all Ukrainian men aged 18-60 had to fight.

Twelve miles out the roads were gridlocked so we took what we thought we could carry – two rucksacks and a wheeled suitcase – and said goodbye to her parents.

Standing at the side of the road we all said our farewells, not knowing when we’d see them again.

All around us the scene was being repeated over and over again. It was just one of many heartbreaking scenes we’d see in the coming hours.

How Putin amassed 6,000 nuclear weapons that could hit UK in 20 minutes 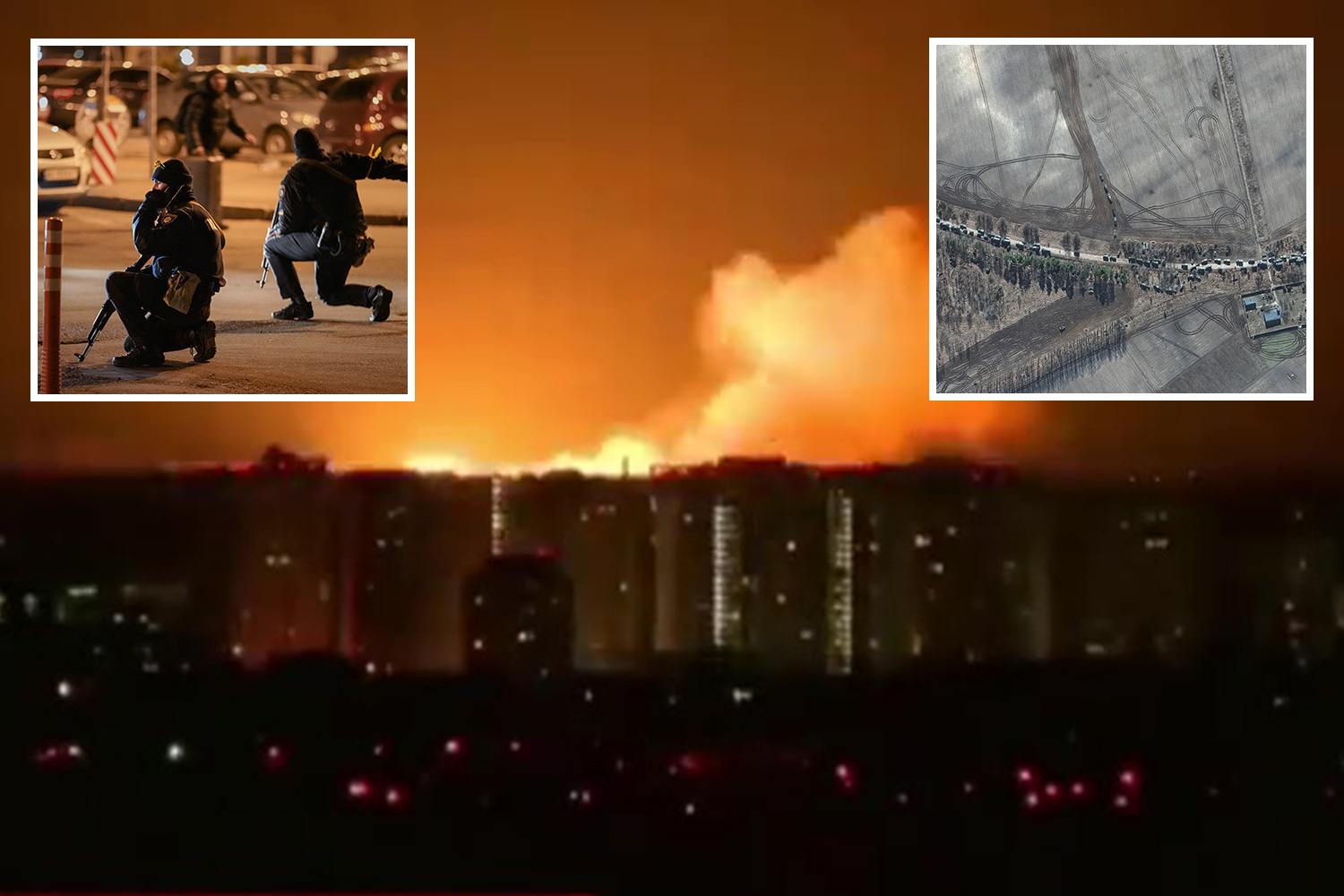 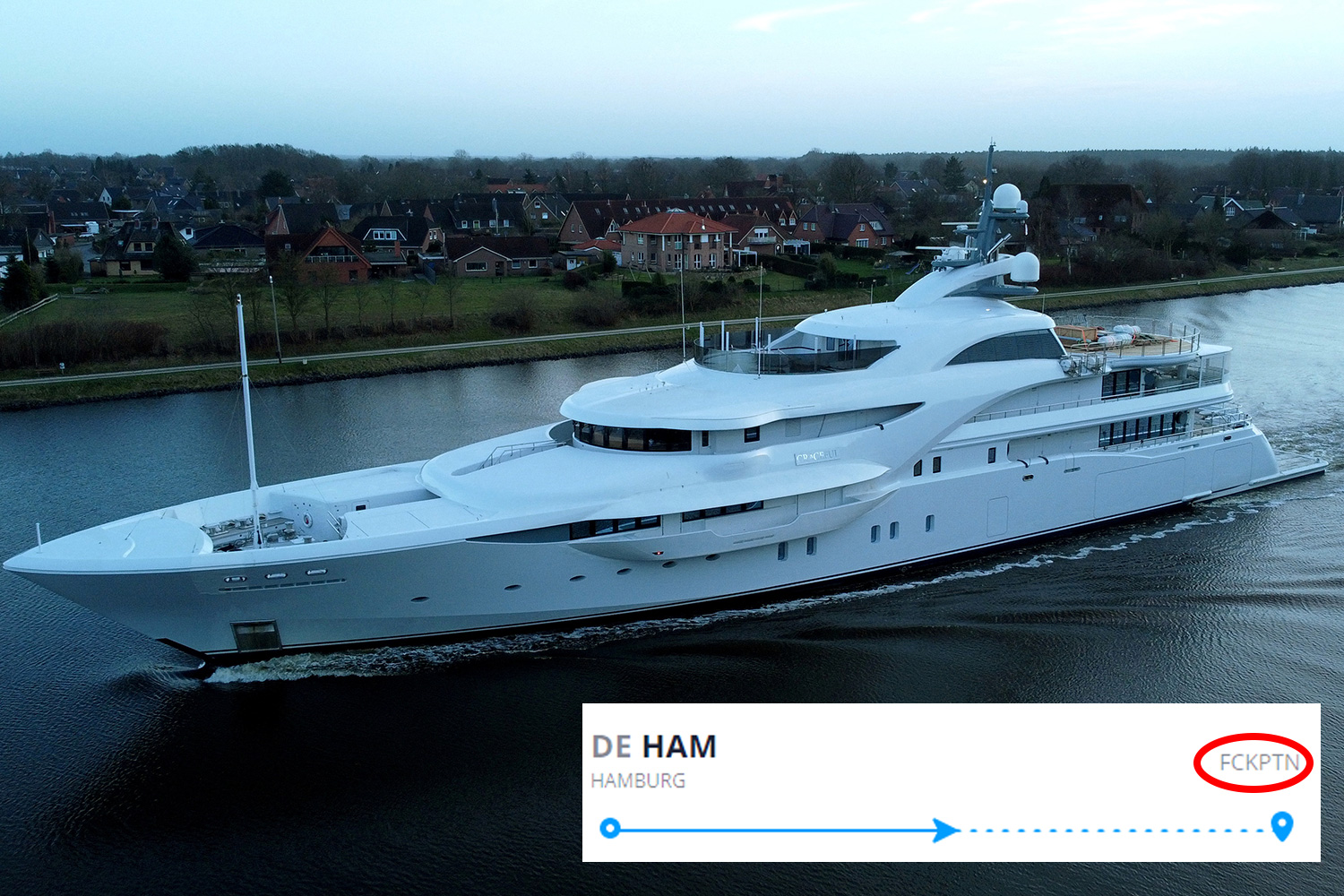 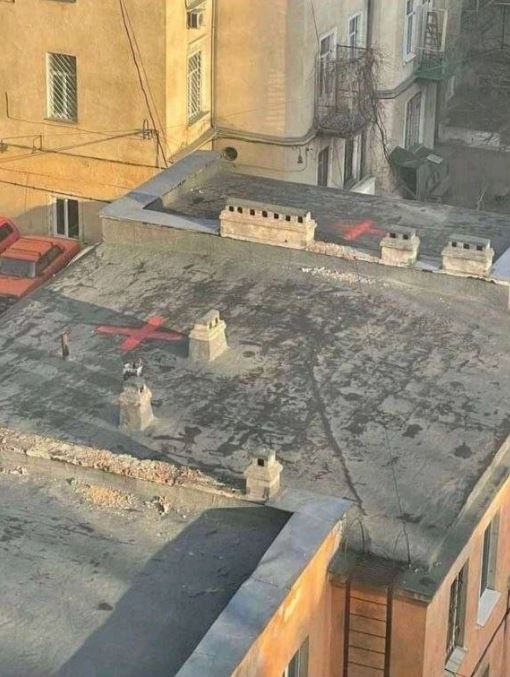 Then we started to walk.

In any other circumstances it would have been pleasant, walking through small villages, past farms and gorgeous turquoise churches.

But as far as the eye could see was a queue of vehicles on one side of the road and a sea of people walking on the other with suitcases and prams.

One woman with her toddler son asked us for help – he was too tired to walk and she didn’t have a pram and didn’t have the strength to lift him onto her shoulders. Could we help lift him up?

Fights broke out – one man pulled out a retractable baton and threatened a van driver who he claimed had cut him off in the line of cars.

At a cafe we stopped at an abandoned backpack raised concern as people were on the lookout for Russian saboteurs – we heard 30 had been captured in the area the night before. A local man ensured no one was filming anything that could help the enemy disrupt the evacuation of refugees.

After around six hours we reached the crossing at 4pm and joined a queue 20 people wide that barely moved.

Aside from a few village shops quickly running out of supplies, there was nothing – no water stations, no food and no toilets.

Elderly couples sat as best they could on their suitcases while kids slept wherever they could.

Men who had escorted their families this far now had to say goodbye to their wives and children and go back. Some local men stayed behind to help with the operation even though they hadn’t slept in days. The scenes were absolutely heart-breaking.

The Ukrainians are doing their best in extraordinary circumstances but there just hasn’t been the time to set up even basic facilities, never mind ones to accommodate the numbers of people currently at the border.

The queue was inching towards a small courtyard that housed the pedestrian gates into the queue for the processing centre. These two gates mean safety yet each is only the width of a regular door, around 10m apart, at either side of a 2.5m high green fence with thick vertical bars and topped with razor wire.

Around every 20 minutes they would open and handful of people would be allowed through, and the queue would move forward another few centimetres.

As night fell, the mood shifted. Chants of “Let us in! Let us in” broke out and every time the gates were opened, those at the front surged forward. Children screamed and old women struggled to keep their balance with one hand, and possession of their suitcases with the other.

By now the temperature below freezing and only children were being allowed through.

The air was filled with their cries as they were held aloft, their parents desperately trying not to drop them in the crowd. The only adults that made it through were groups of non-Ukrainian men who fought their way to the front past women, children and the elderly.

Yaryna and I decided it was too dangerous to risk being caught in a crush so we headed back through the crowd even though were were only five metres away from gate we’d been queueing 12 hours to reach.

Back on the main road we debated whether to try again or head back to Lviv and try another route. We went with the first option, hoping the sunrise would calm people down and bring a bit of order.

We were right, at least for a while anyway. When we reached the courtyard again, two queues had formed – one for women and children and another for men. Yaryna and I split up and promised each other we’d meet on the other side.

After around an hour of waiting, she messaged to tell me she was through. The men’s queue had also been inching forward. I was only a couple of metres from the gate.

Things were looking up.

Then it began to change. The queue stopped moving forward. The corridors to allow women and children through were blocked as people from further back tried to move forward. After two hours the courtyard area was one giant crush at near the front it was getting dangerous.

By now I was panicking. It was only three or four degrees above zero but packed in the mounting crush the heat was getting unbearable.

Someone fainted, sinking down amongst the feet of the mass of people. We helped him up and passed him to the front where the guards pulled him through the gate.

Then people started dropping all over the place.

Seeing this people began to fake it. One man would pretend to faint and his friend would drag him through the gate.

I was getting dangerously hot so I decided to take my coat off and threw it with my rucksack over the fence. I’d already abandoned the suitcase. If I didn’t make it through the gate I’d be stuck with nothing, facing at least another night with not enough warm clothes, food or water. These are the choices people still there will be facing now.

By this point, the guards on the gate were opening it every few minutes to try and reieve the crush. If someone passed out there just wasn’t enough room to get them

through. All we could do was try and keep them up and give them some water.

People were getting so desperate they climbed over the top of the fence, slicing their hands-on razor wire only to be beaten by rifle butts and told to climb back over.

Eventually I made it through. I found my things, walked a little way to the grass and collapsed on the ground. A Canadian man who had passed out in the crowd and I’d given some water had also made it through. He came over, thanked me and then we both just cried, a mixture of relief and shock at what had just happened.

I found my Yaryna and we joined the queue for the processing centre. We still had another seven hours before we would cross the border but we were relatively safe now.

For most people it was their second day without sleep and tempers frayed all over the place. Anyone caught trying to jump the queue was swiftly put in their place by informal groups of mostly Ukrainian women who’d appointed themselves as stewards.

What little food there was available was distributed as best as possible. A box of donuts placated some of the children and at one point I turned round to see a woman carving up some sausage and handing out little sandwiches to anyone that wanted one. We’d run out of food hours ago so these little things made a huge impression.

At around 10pm we finally made it through the crossing and into Poland.

Right now on the Polish side of the border there is something absolutely incredible happening. An army of volunteers is already there handing out food, clothes, nappies and anything else people need.

We were handed some soup and allowed to sit in a stranger’s car with the heating on.

Someone even went to the shop and bought us some chocolate.

But we were lucky. We made the decision to leave relatively early. The queue we joined on Saturday afternoon is now almost certainly miles long. It took us two days to cross but people leaving now will face a wait of far longer.

We were also fortunate with the weather – it didn’t rain and it was still freezing but relatively warm for the time of year. It’s snowing now in Lviv.

They’re now only letting women and children through – try and imagine how you’d feel stood outside with your kids for days on end in sub-zero temperatures, nowhere to shelter from the snow and rain and with only enough food, water, nappies, baby food that you can carry.

There is an abundance of help on the Polish side of the border as the countless news crews there now are describing.

But for those still on the Ukrainian side the situation will only get worse for the foreseeable future and I hope by describing what we saw, people will understand the graveness of the situation there and donate to organisations like The Red Cross who are trying to reach people there.

We’re staying in Poland for a while and we’re in touch with local groups to see how best to help and I’ll be tweeting at @ChrisDYork as we learn more.