In Iceland, it's now illegal to pay men more than women

Companies and government agencies employing at least 25 people will have to obtain certification of equal-pay policies. 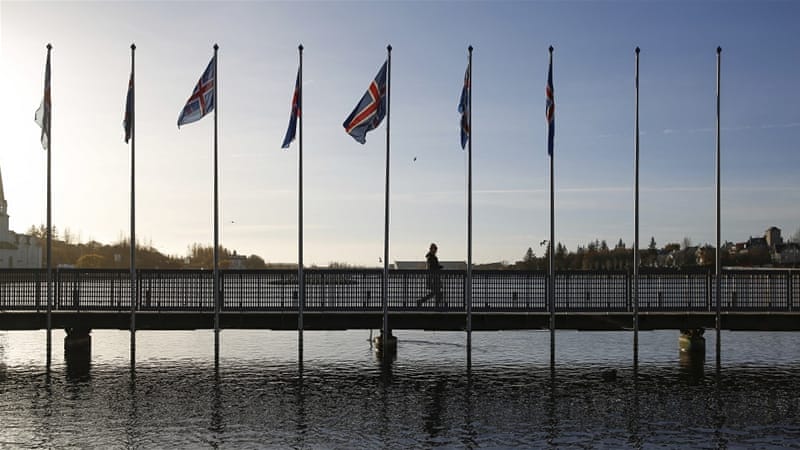 A new law making it illegal to pay men more than women has taken effect in Iceland.

The legislation came into force on Monday, the first day of 2018.

Under the new rules, companies and government agencies employing at least 25 people will have to obtain government certification of their equal-pay policies.

Those that fail to prove pay parity will face fines.

“The legislation is basically a mechanism that companies and organisations … evaluate every job that’s being done, and then they get a certification after they confirm the process if they are paying men and women equally,” said Dagny Osk Aradottir Pind, a board member of the Icelandic Women’s Rights Association.“It’s a mechanism to ensure women and men are being paid equally,” she told Al Jazeera.

“We have had legislation saying that pay should be equal for men and women for decades now but we still have a pay gap.”

Iceland, an island country in the North Atlantic Ocean that is home to approximately 323,000 people, has a strong economy, based on tourism and fisheries.

For the past nine years, it has been ranked by the World Economic Forum (WEF) as the world’s most gender-equal country.

The Global Gender Gap Report uses markers such as economic opportunity, political empowerment, and health and survival to gauge the state of gender equality in a country.

Since the reports began in 2006, Iceland has closed around 10 percent of its total gender gap, making it one of the fastest-improving countries in the world.

The new legislation was supported by Iceland’s centre-right government, as well as the opposition, in a parliament where nearly 50 percent of all members are women.

“I think that now people are starting to realise that this is a systematic problem that we have to tackle with new methods,” said Aradottir Pind.

“Women have been talking about this for decades and I really feel that we have managed to raise awareness, and we have managed to get to the point that people realise that the legislation we have had in place is not working, and we need to do something more,” she added.

The Icelandic government plans to completely eradicate the wage gap by 2020.

According to the latest WEF report, the top five best performers in the global gender gap are Iceland, Norway, Finland, Rwanda and Sweden.

Yemen, on the other hand, is currently the lowest-ranked of the 144 countries measured in the report.

The war-torn country has been low-performing in terms of economic participation and opportunity for several years.

Fifty-two countries fell below the global average in 2017, including China, Liberia and the United Arab Emirates, while 60 saw their overall gender gap decrease.

Hungary was the only European country to be ranked lower than the global average, having scored poorly on political empowerment.