THIS is the incredible moment a brave British diplomat jumped into a river in China to save a woman tourist.

Stephen Ellison, 61, is set to become the British Consul-General in the Chinese province of Chongqing. 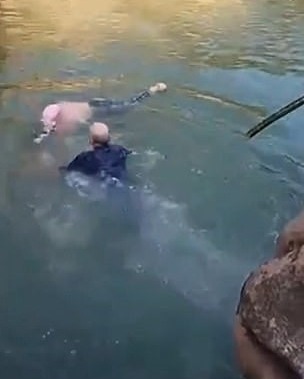 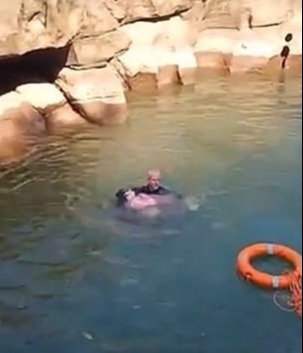 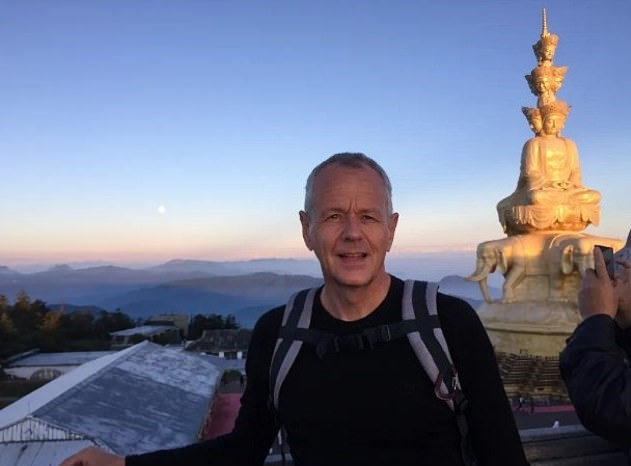 He saw another tourist fall into the water while visiting the ancient town of Zhongshan on Saturday.

Mr Ellison – a champion triathlete – leapt into the fast-flowing river in an attempt to save the woman as she floated face down in the water.

Onlookers could be heard screaming in dramatic video of the rescue, which has been widely shared on Chinese social media.

Footage shows the woman struggling against the strong current before she floats motionless.

Mr Ellison swiftly swims towards her and drags her to safety.

Onlookers throw down a rubber ring to help with the rescue. 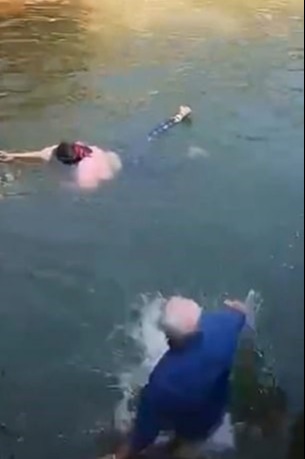 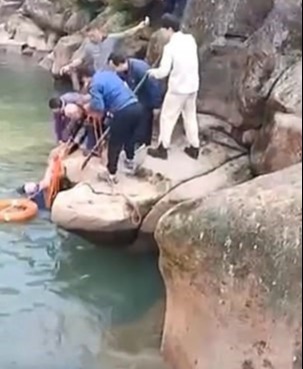 Mr Ellison then pulled the woman and gave her first aid.

In a statement, the British Consulate-General in Chongqing confirmed the rescuer was Mr Ellison.

They said the woman quickly regained consciousness and began to breathe, and that she didn't suffer any serious injuries.

Mr Ellison was praised on social media for his heroic actions.

One person said: "[He] is indeed very kind and brave."

Another wrote: "[He] didn't even have time to take off his watch before jumping down. Kudos."

Mr Ellison has lived and worked in China for nine years. He was born in Newcastle, and joined the Department for International Trade at the British Embassy in Beijing six years ago.

He won his age group at the 2019 Beijing International Triathlon. 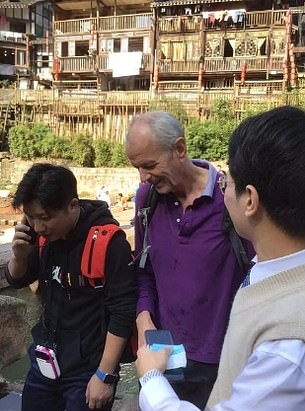