INCREDIBLE footage shows the moment a crocodile stole a shark off a fishermen’s line just inches from their boat.

Nat Barnes was on his boat with neighbour Geoff Trutwein when they caught a juvenile blacktip shark off the coast of Western Australia. 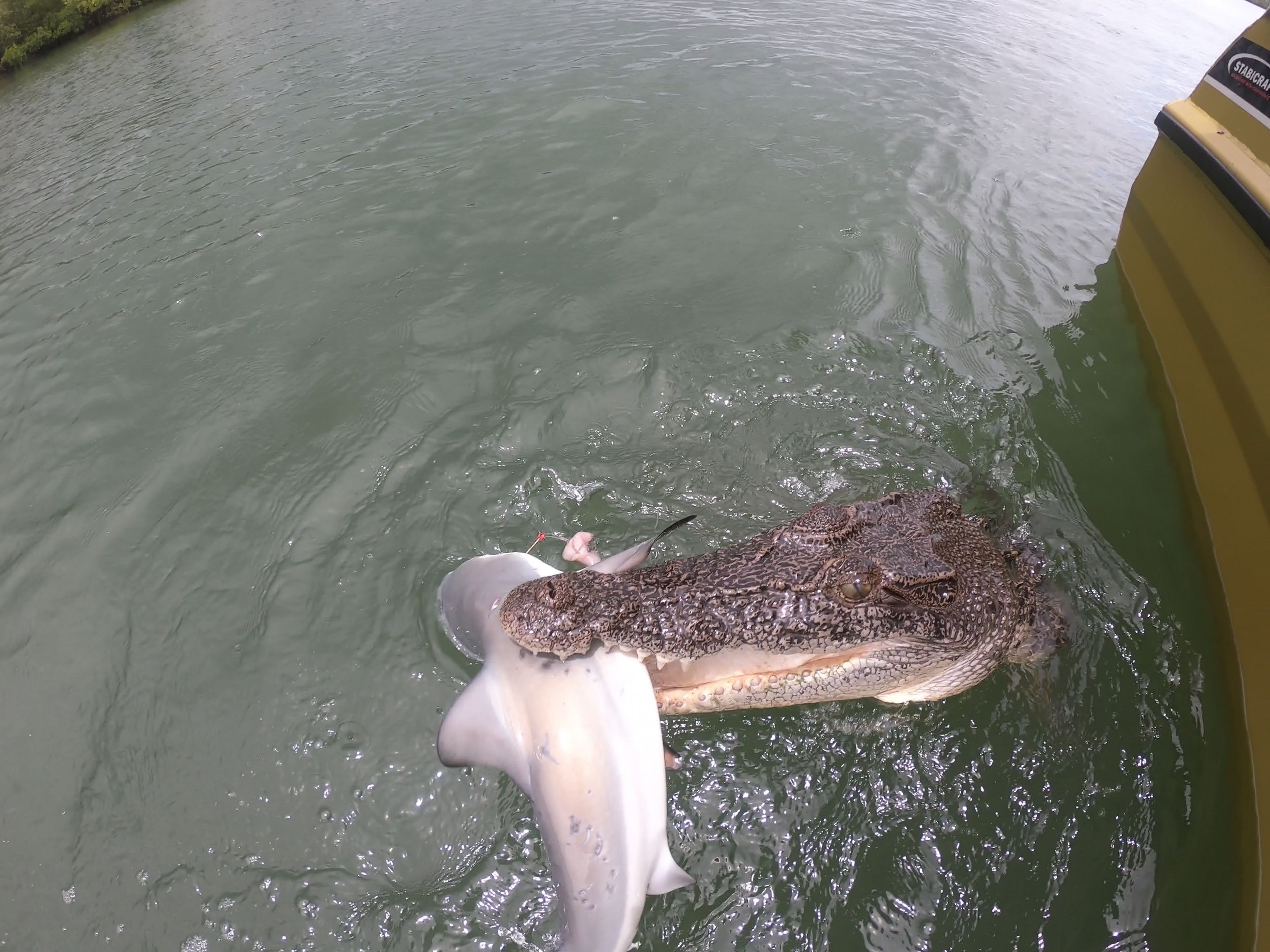 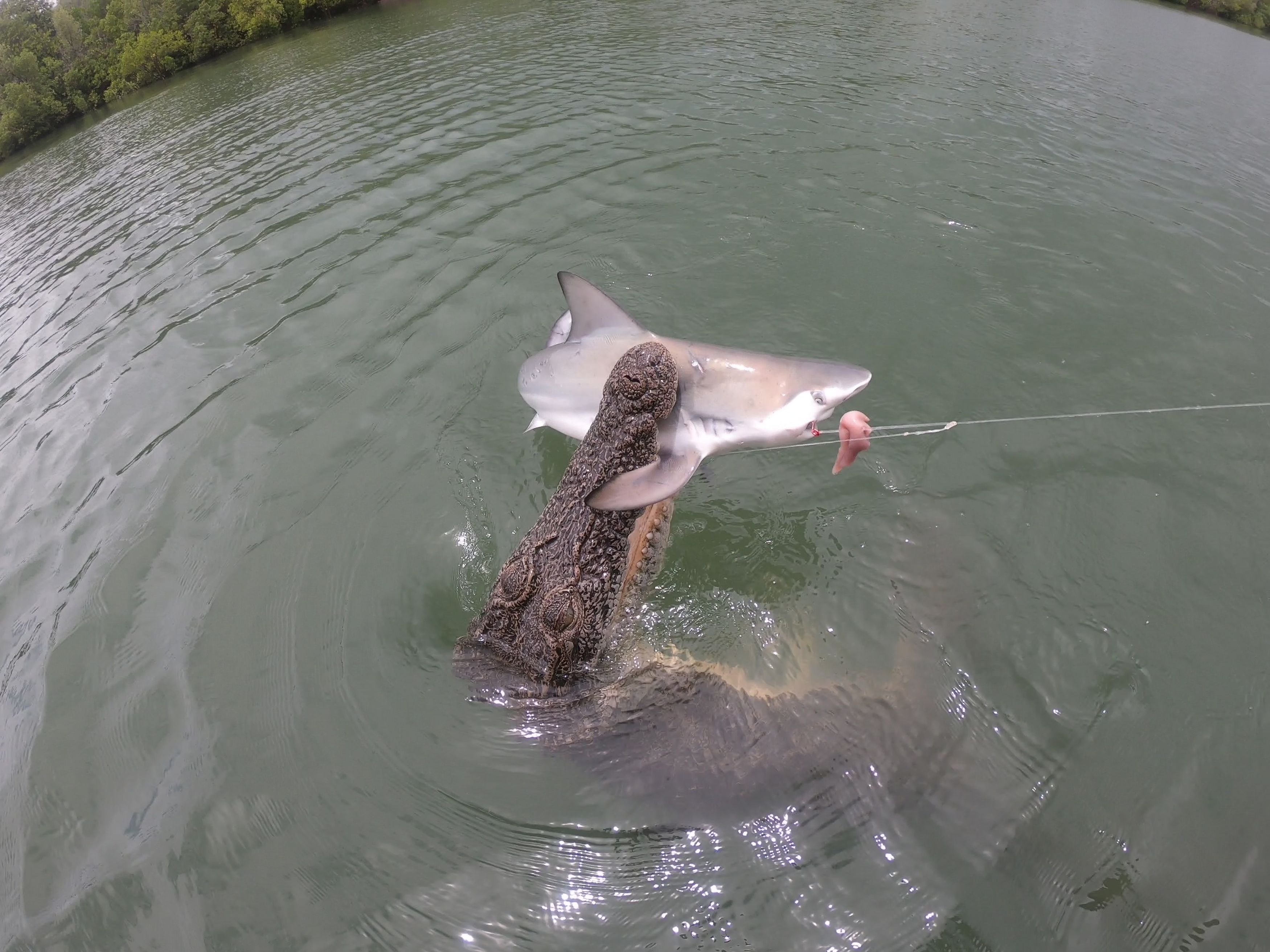 While trying to reel the fish in, Nat was quickly caught in a tug of war with a deadly rival as the eight feet long saltwater crocodile latched on to the prospective meal.

In video captured by photographer Geoff, 62, Nat tried to reel the shark in further to the boat but the ravenous reptile refused to let go with its powerful jaws.

Eventually Nat decided he wasn't going to win the battle and cut the line, allowing the crocodile to swim off with the fish to devour it on the riverbank.

"We had been out fishing for a few hours and Nat caught a juvenile blacktip shark and while he was reeling it in this saltwater croc decided he wanted that meal,” said Geoff.

"He shot over really quickly and grabbed it. The crocs aren't timid around people, they're very happy to be around us. You’ve got to be careful as they'll eat you. 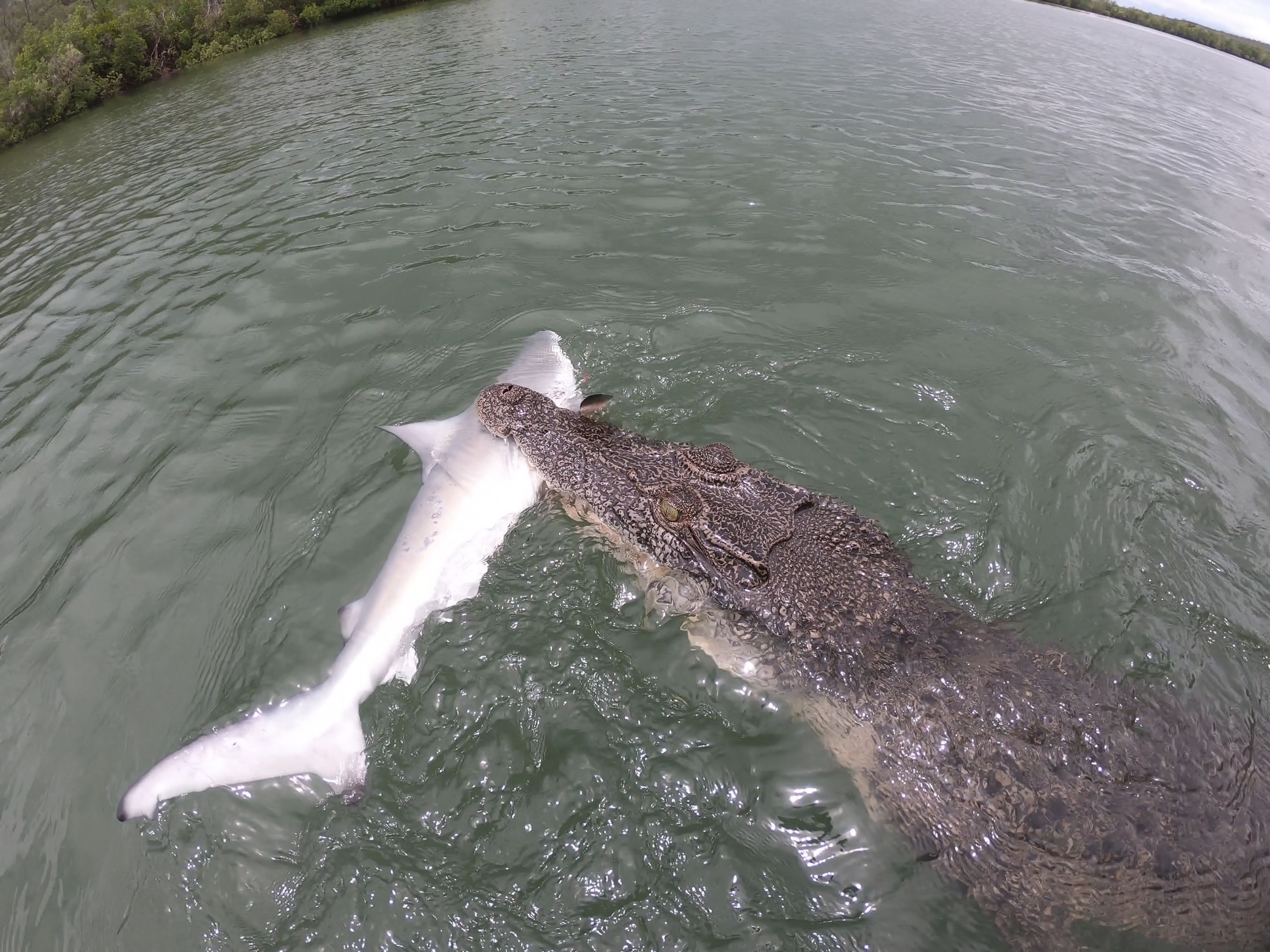 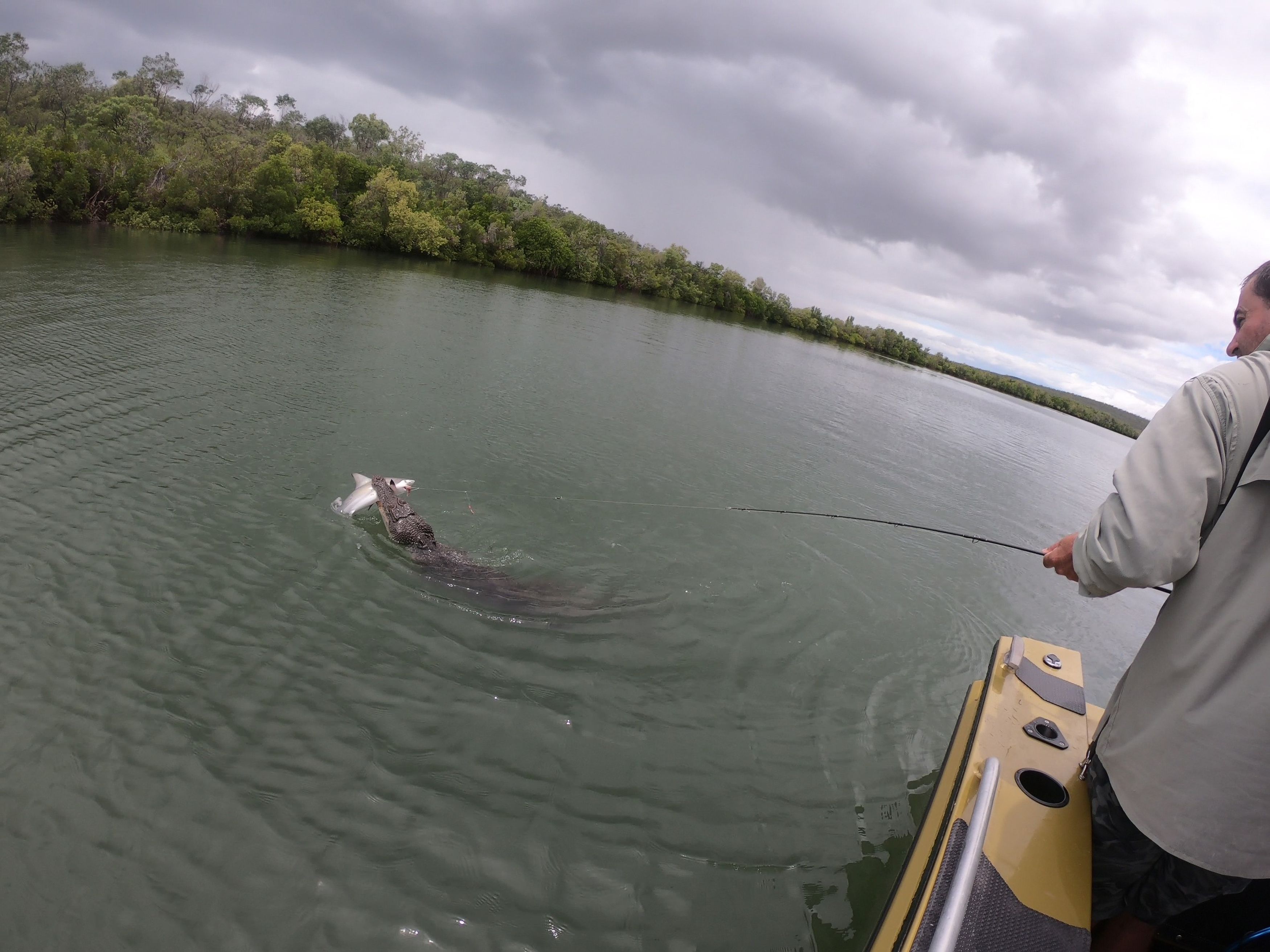 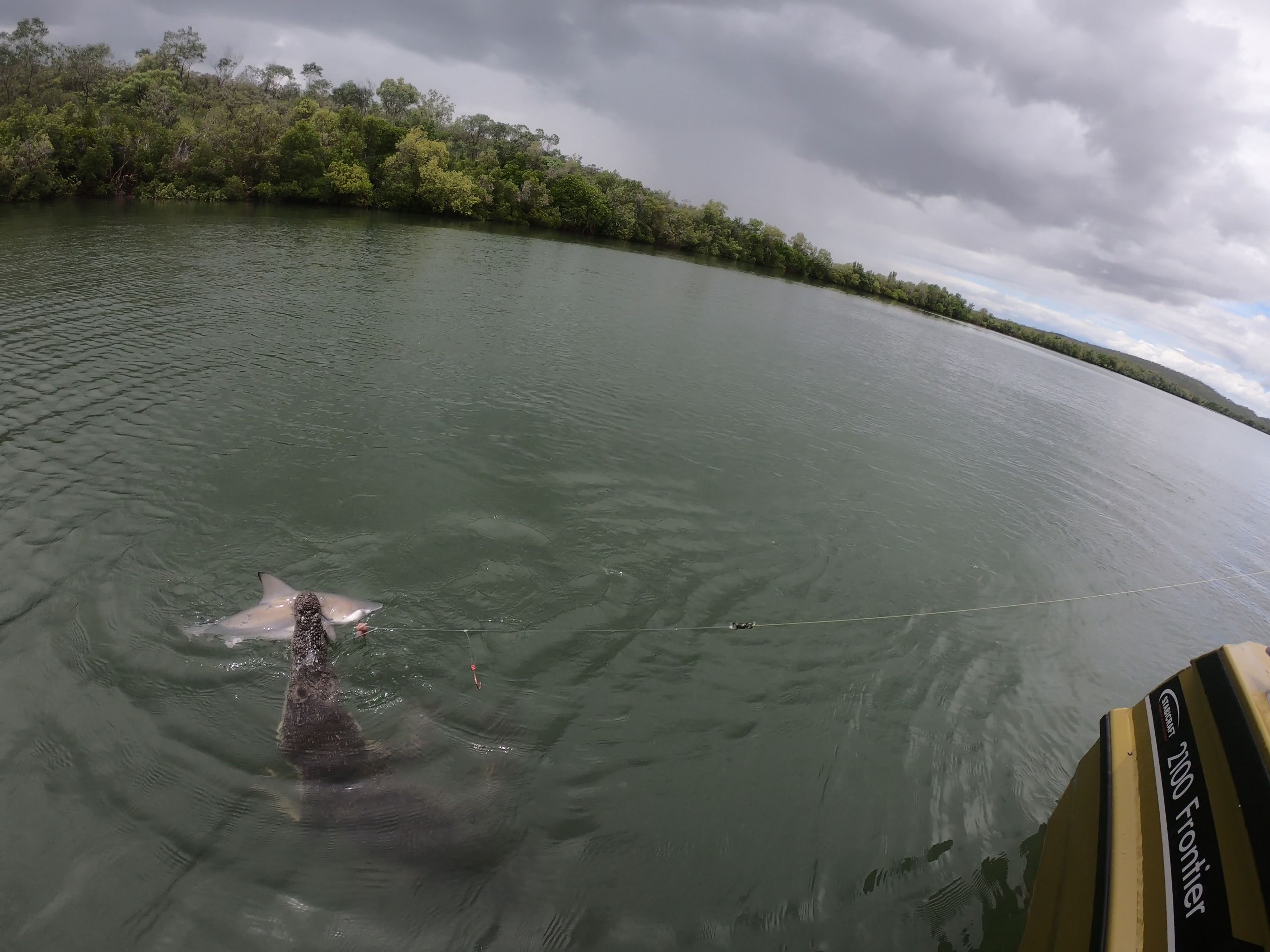 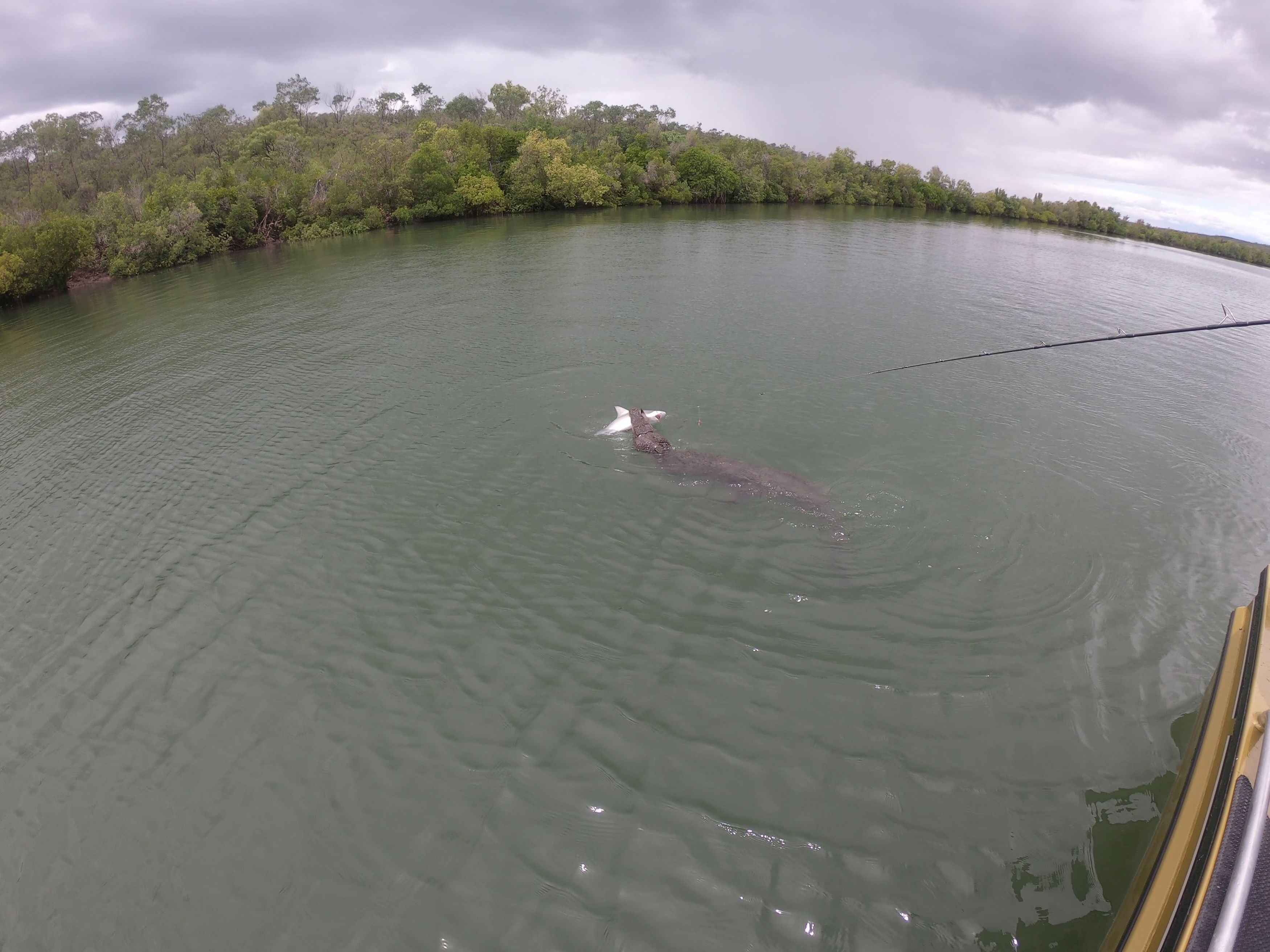 "I've been photographing wildlife for 30 years and I've seen the crocs around here a lot in my life but I've never had an interaction like this.

“It was shocking. It was just incredible to see something so powerful up close and powerful.”

He said despite the crocodile being young it was still a fair size so wasn’t taking any chances.

“I got as close to the side of the boat as I was willing to get as I didn’t fancy losing my fingers.

"They can look pretty placid when they're lying on the mud flaps but once this one decided he was hungry there was no way he was letting it go. They are very powerful.

"Once we cut the shark free, the crocodile took it straight back to the banks and wolfed it down.”

He explained that crocodiles are “not only are they quick and powerful animals, they're also really smart”.

"If you're a regular visitor to the same spot, they'll watch you closely and get closer and closer to you,” he said.

“One day they'll be just under the water next to you and you'll have no idea until they’re biting your leg."