The independents: hear them roar.

Zali Steggall says of her Abbott-slaying run in Warringah: “I had the tools and was prepared to put it on the line.”

Helen Haines, the indy from Indi, says: “Sit at that table and ask for what you want.”

Jacqui Lambie sees it like this: “You need a story about what it says about a voter for them to vote for you.” 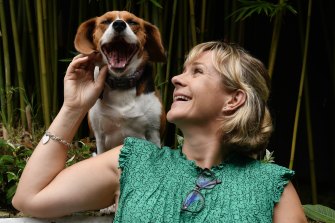 Zali Steggall, with her beagle, Charlie, spoke at an Independents’ conference from her home via Zoom on Saturday.Credit:Dean Sewell

Rebekha Sharkie, member for Mayo, asks and answers: “Why bother? Because you can do an enormous amount of good.”

Jacqui Hawkins, who ran for the Victorian state seat of Benambra in 2018, puts it this way: “It’s like building a car while you’re driving it.”

This weekend, thanks to Cathy McGowan who upended federal politics with her 2013 victory over Liberal Sophie Mirabella in Indi, hundreds of current and prospective independent candidates and organisers have gathered for a conference that may be a signpost on the road to a federal election in the next year. 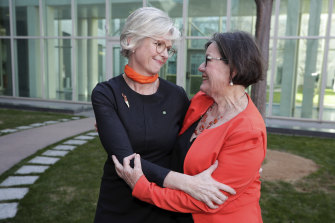 “The calibre of the people is incredible,” McGowan told The Sunday Age and The Sun-Herald of the conference, which began on Friday and ends on Sunday with a keynote address by former Wentworth independent Dr Kerryn Phelps.

At the 2019 election, 88 independents ran in the House of Representatives and 45 in the Senate. The numbers attending McGowan’s conference suggest those figures might rise, especially given the influence of independents in an extremely tight Parliament. With Craig Kelly’s resignation from the Liberal Party, there are now seven lower house crossbenchers, three women and four men.

When McGowan and her team started planning the Getting Elected conference they had no expectation it would attract the sell-out interest it has drawn: more than 300 attendees from 78 electorates.

Apart from scores of grassroots activists, curious campaign organisers and potential candidates, the Zoom event attracted a star line-up of independent politicians. There was Steggall, who beat Tony Abbott in 2019; Haines, who won Indi when McGowan retired after two terms; and the ever-colourful Lambie. 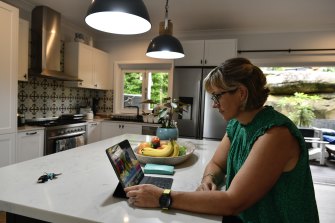 Haines described her experience, going from her anonymous life as a nurse, wife and mother, to taking over the Victorian seat from McGowan.

“I took a fairly standard path for a girl who grew up in the country in the ’60s,” Haines told the conference, then comparing the experience of deciding to run for office to The Hunger Games. The search for a reason, the need for a mentor, the fight.

McGowan was her mentor. The community gave her purpose.

“The key … is to show up,” Haines said. “Show up wherever people invite you to, and listen to what people have to say. And don’t let anyone say that as a community independent you don’t have a seat at the table, because you do. And it’s important to sit at that table and ask for what you want.”

She went on: “The historical narrative about independents in Australia is that you needed to be a celebrity, you needed to have a very high profile … I didn’t have a profile so we really had to develop that. It was actually getting in front of people that built my profile. Seeing is believing.”

Steggall said of her decision to challenge the previously unbeatable Abbott: “Our previous member’s politics were starting to disconnect with their local community … it was more about his personal politics.

“A lot of people don’t realise what independents can do. We can request to meet with ministers and get a briefing on legislation … a lot more than what backbenchers in a party can do. They don’t get to go meet with a minister and get the information.”

She has two warnings.

Stay in touch with those that got you there. “Constantly touching back with the community so you have that sense… if you’re off track you know very quickly.”

And know that it is very expensive: “I shudder about the amount we ended up having to spend. The only consolation is that I know Tony had to spend two-and-a-half times more … a horrendous amount was spent in Warringah, I hate to say, but it was put to good use.” 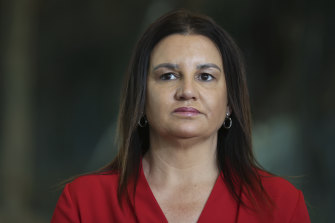 Lambie detailed a range of boxes to tick.

Number one: “The single biggest advantage you can have … is name recognition. I wouldn’t have won in 2019 if I’d run as Jacqui Smith.”

Volunteers. “You will not win this alone.“

Money. “Money isn’t everything but I tell you what, it helps. Get comfortable asking for donations. The other thing is, just try to not treat people as an ATM.”

And a narrative. Oppose, but don’t oppose just for the sake of it.

“You don’t have to hate water just because your opponent drinks it,” Lambie said

It was all excellent food for thought.