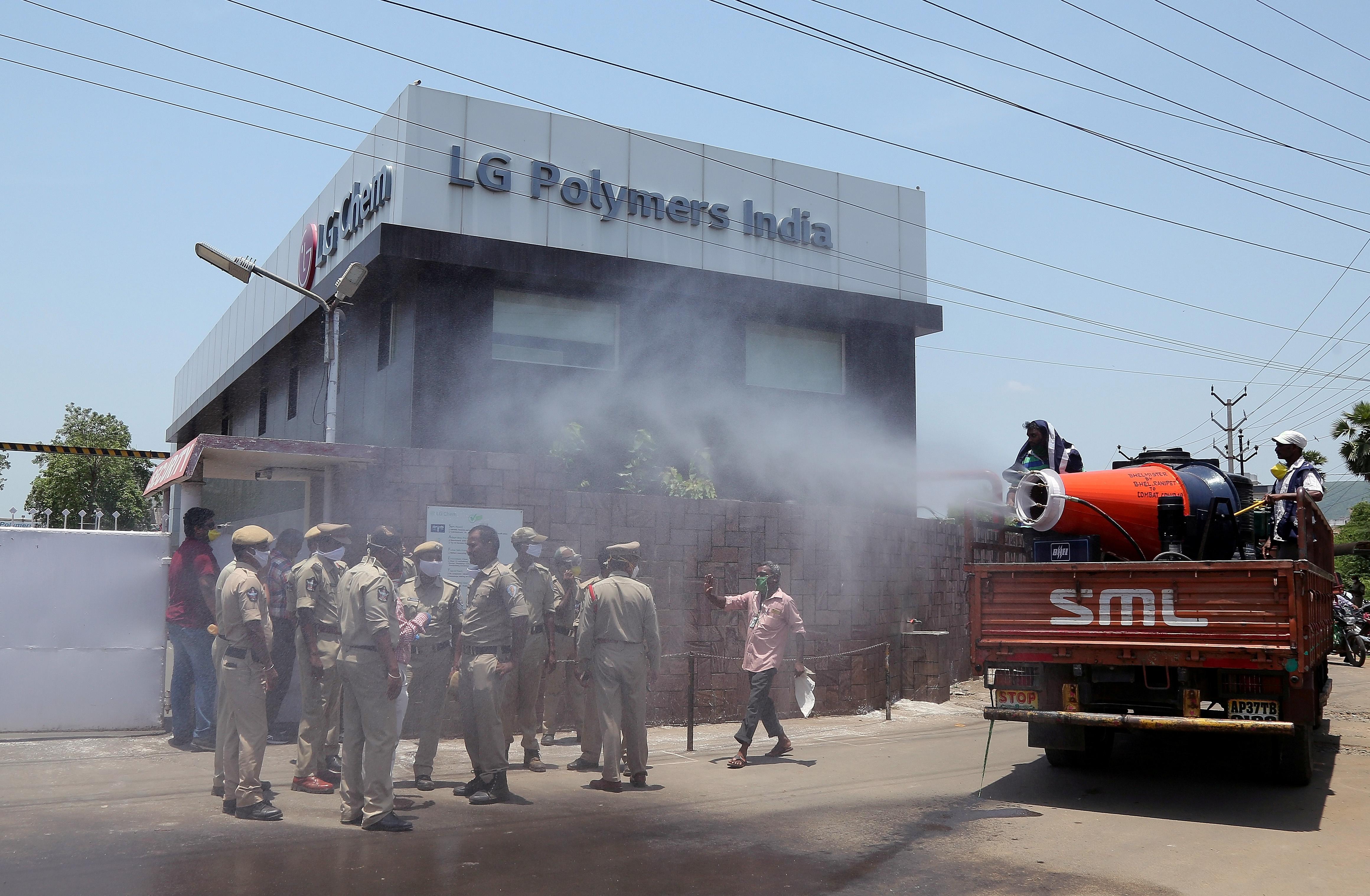 The arrests were made under a case of culpable homicide filed against the company, a unit of South Korea’s LG Chem Ltd, and its officials, stemming from the leak that occurred in the early hours on May 7 in the port city of Visakhapatnam, the city police commissioner Rajiv Kumar Meena said.

“A total of twelve members including the CEO and two directors were arrested on Tuesday evening,” Meena said, adding that among those arrested were two directors, one of whom was a South Korean.

LG Polymers said it had nothing to share in an email responding to a Reuters request for a comment on the arrests.

Toxic styrene gas leaked from the chemical plant choking many people who were sleeping.

This week, a government-appointed committee recommended that the plant should be shifted away from human habitation and called for action against the top employees. It said LG Polymers had been negligent and warning systems were not working.

The company had ignored potentially hazardous chemical reactions at the plant in April before the leak, when it was working with reduced staff due to a coronavirus lockdown, the committee said.

The temperature inside the oldest of the three storage tanks holding styrene monomer, a liquid used in making polystyrene products, rose to more than six times the permitted level, after which it evaporated, the committee found.

LG Chem Ltd said on Monday it had co-operated with the investigation and would respond to the probe result and take corresponding measures.

Meena said the charges could draw prison terms of up to eight years if proven in court.