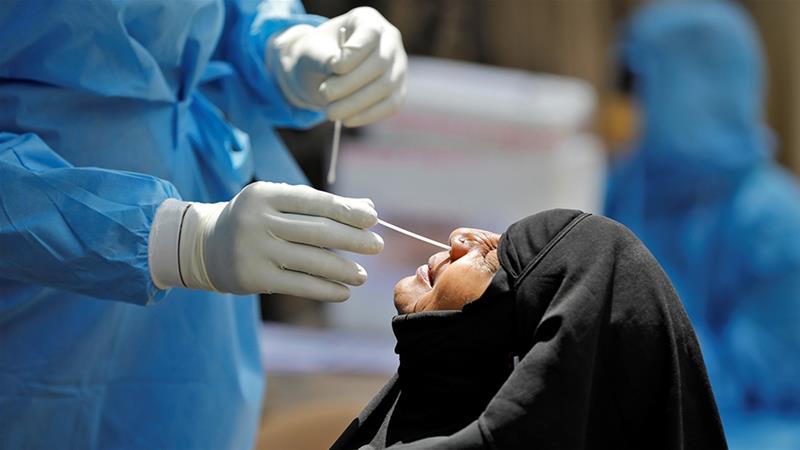 In what many are calling a case of “apartheid” during a global pandemic, a government-run hospital in Ahmedabad, the main city in the western Indian state of Gujarat, has segregated coronavirus patients based on their religion, claiming the order came from the government.

“Generally, there are separate wards for male and female patients. But here, we have made separate wards for Hindu and Muslim patients. It is a decision of the government and you can ask them,” Dr Gunvant H Rathod, the medical superintendent of Ahmedabad Civil Hospital, told The Indian Express newspaper in its report on Wednesday.

‘Lost my mother not to coronavirus but to negligence of officers’

The Gujarat state is governed by the Hindu nationalist Bharatiya Janata Party (BJP), which also governs the country. Narendra Modi was the state’s chief minister for nearly 13 straight years from 2001 before he became India’s prime minister in 2014.

When Al Jazeera called Jayanti Ravi, the principal secretary of health in the Gujarat government, about the segregation of patients on religious lines, her personal assistant took the call and suggested we speak to Dr Sanjay Solanki, the resident medical officer at the hospital.

“I have no idea,” said the personal assistant, without revealing his name.

Solanki, in turn, asked Al Jazeera to speak to Rathod. “He is the right person to talk to,” he said.

Rathod did not answer the phone calls made by Al Jazeera.

‘Knowing Gujarat, I am not surprised’

Meanwhile, Gujarat’s Health Minister and Deputy Chief Minister Nitin Patel told Al Jazeera that nothing of that sort had happened.

“Whatever is needed to give people the best possible treatment is being done,” he said and hung up.

The state’s health department also put out an official statement, calling reports of separate wards for Muslims and Hindus “baseless”.

“Patients are kept in different wards based on their medical condition, severity of the symptoms and age, purely based on the advice of the treating doctors. Therefore, reports appearing in certain media are totally baseless and misleading,” it said.

However, in The Indian Express report, a patient was quoted as saying, “On Sunday night, the names of 28 men admitted in the first ward (A-4) were called out. We were then shifted to another ward (C-4).”

“While we were not told why we were being shifted, all the names that were called out belonged to one community. We spoke to one staff member in our ward and he said this had been done for ‘the comfort of both communities’.” 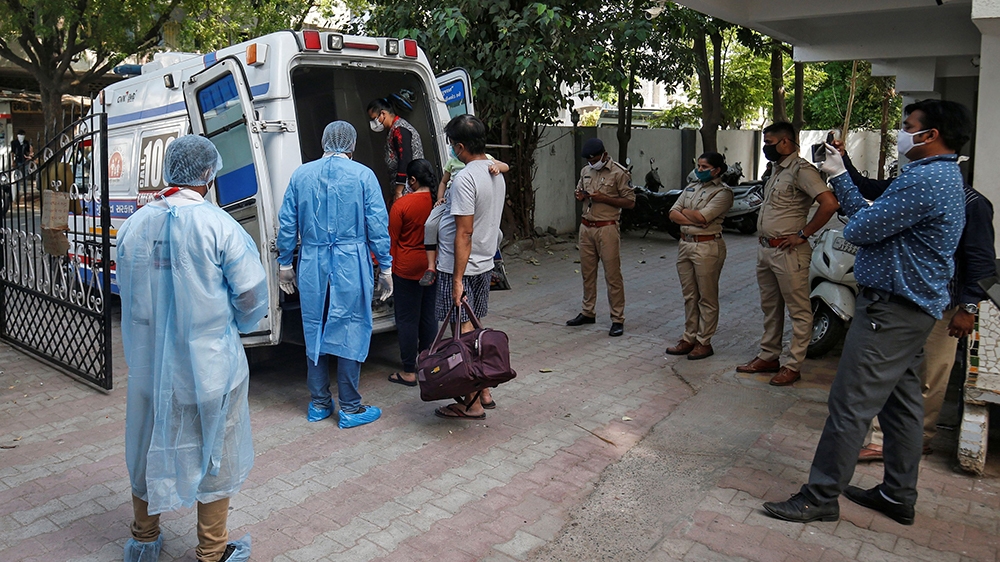 According to a doctor quoted in another report by The Hindu newspaper, “Certain patients from the majority community were not comfortable being in the same ward with patients of the minority community.”

“After some patients complained, it was decided to segregate them on temporary basis,” the doctor told the newspaper on condition of anonymity.

When Ahmedabad-based sociologist Ghanashyam Shah was asked by Al Jazeera if the hospital segregating patients according to their religion amounted to apartheid, he replied, “Absolutely.”

“Knowing Gujarat, I am not surprised it has happened,” he said.

“It is a very obvious kind of thing. The fake news propaganda around Muslims spreading the virus is probably rampant across India. But I can see it is visible in Gujarat.”

Shah was alluding to a widespread Islamophobia fuelled by the coronavirus pandemic, especially after Tablighi Jamaat, a Muslim missionary group, organised a congregation in New Delhi in March.

The congregation was later linked to hundreds of COVID-19 positive cases across the country, triggering a nationwide hunt to trace the attendees.

Earlier this month, the World Health Organization had warned against any religious profiling of coronavirus patients by the governments across the world.

“Having COVID-19 is not anybody’s fault. Every case is a victim. It is very important that we do not profile the cases on the basis of racial, religious and ethnic lines,” WHO’s emergency programme director Mike Ryan had said.

According to media reports, more than half of the nearly 500 cases of coronavirus in Ahmedabad have come from Muslim-majority neighbourhoods.

The city has long been a hotbed of communal divide, with separate localities marked for Hindus and Muslims.

In 2002, Ahmedabad was one of the main sites of state-wide religious violence, in which nearly 2,000 Muslims were killed, dozens of women raped, and thousands others displaced.

The violence followed the outbreak of fire on a passenger train, in which 60 Hindu pilgrims were killed.