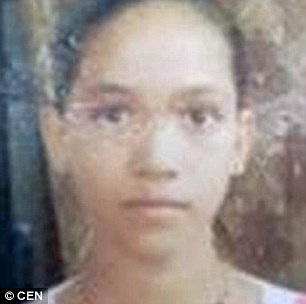 An Indian father has been arrested for ‘burning his teen daughter alive’ as she was leaving the family home to marry a man from a different social caste.

The shocking suspected honour killing occurred in the village of Chainpur Sarkar in the state of Madhya Pradesh.

Local media report that 19-year-old Laxmi Bai was leaving her family home to meet with her boyfriend, Rajkumar.

She intended marrying him, but her father, Sundar Lal Yadav, 52, stopped her.

Rajkumar told the Times of India that the teenager was on her way to court to marry him and had gone home to collect documentation as proof of age.

She ‘was coming to me when Sundar Lal dragged her away,’ he said.

The father, who reportedly did not approve of her decision to marry the man from a different social caste, then allegedly threw kerosene over Laxmi before setting her on fire. 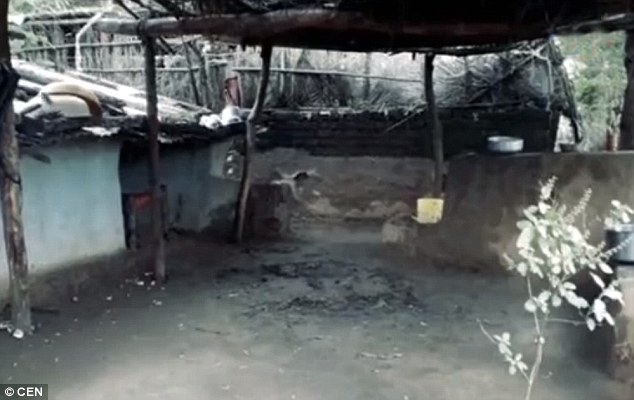 The remnants of a horrific fire that claimed the life of a teenage girl, Laxmi Bai, in Madhya Pradesh, India. The dead girl’s father, Sundar Lal Yadav, has been arrested on suspicion of killing his daughter 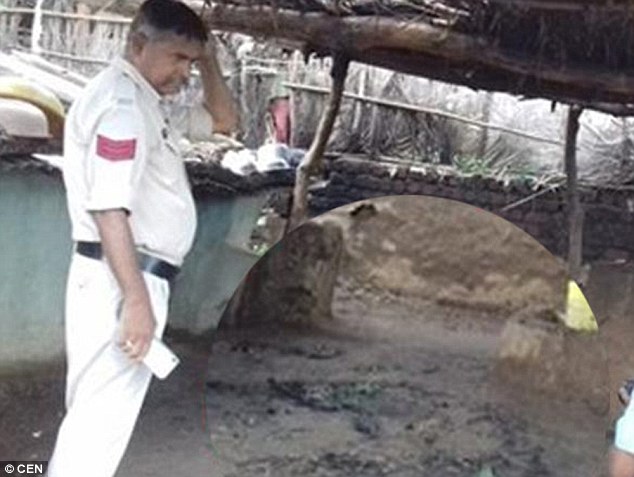 Police at the scene of the death of the teenager 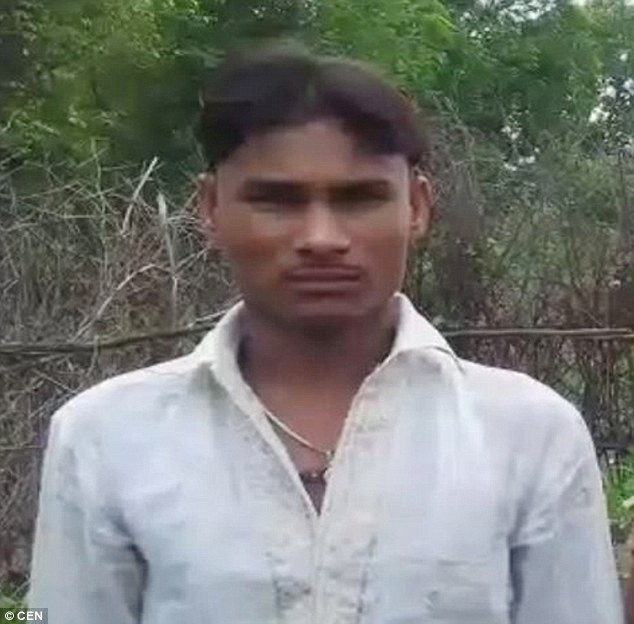 This photo shows the man whom the victim wanted to marry, Rajkumar, before she was set ablaze in the village of Chainpur Sarkar in the Indian state of Madhya Pradesh

Neighbours were alerted to the horrific incident as Laxmi screamed in pain, but nothing could be done to prevent the teenager from dying at the scene.

Sundar Lal Yadav has been arrested on suspicion of killing the girl.

Her brother, Rajendra Yadav, 28, has also been detained.

The girl’s body has reportedly been sent for post-mortem and the investigation into the alleged murder continues.

The complex caste system has its origins in ancient India, and was transformed by various ruling elites in medieval, early-modern, and modern India, especially the Mughal Empire and the British Raj.